Interview with David Amador of Upfall Studios on Quest of Dungeons

Quest of Dungeons was just released this last week on the Switch, check out the interview we got with the game's lone wolf developer on the title, roguelikes, and making games for the console. 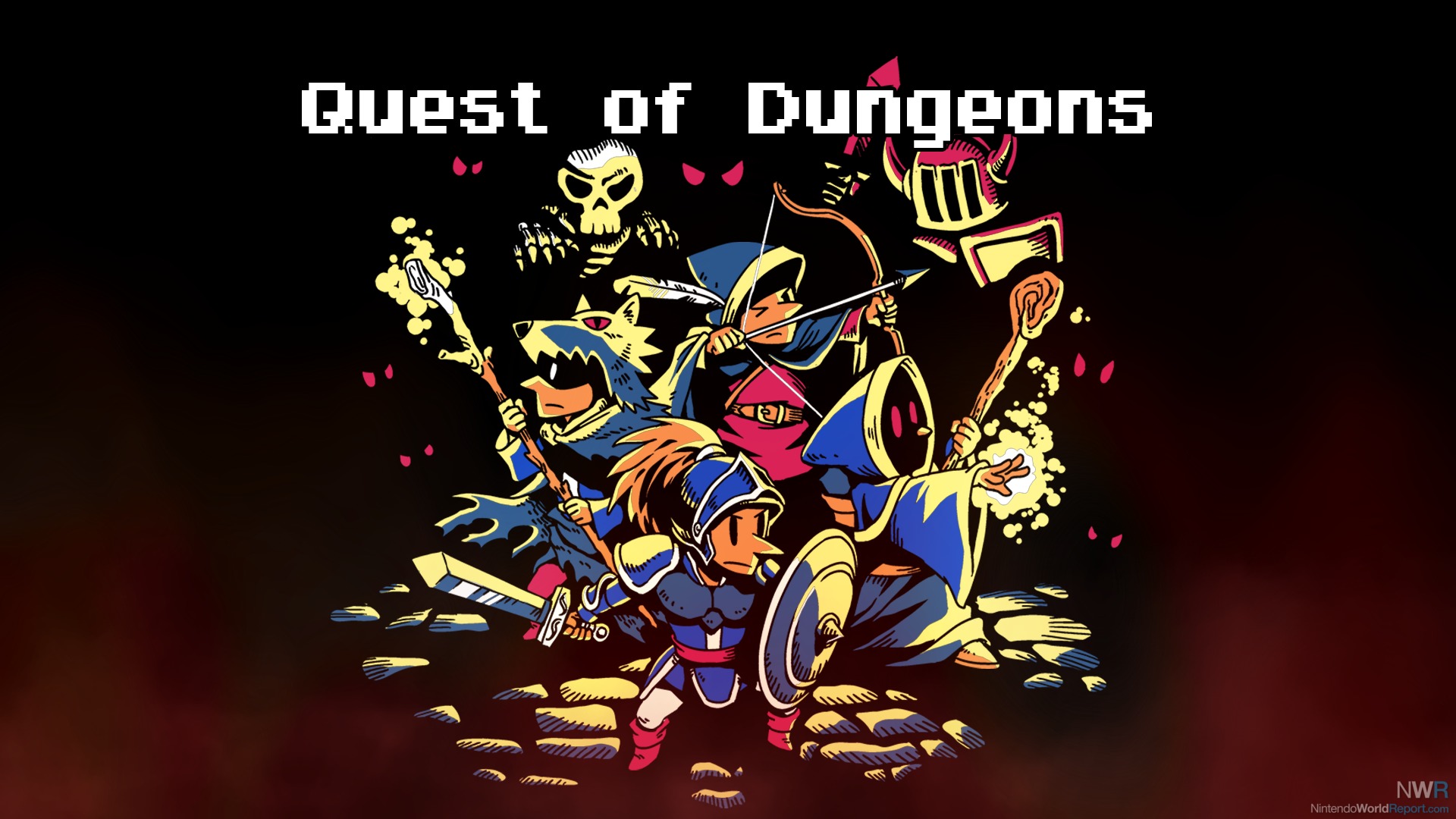 Quest of Dungeons is a roguelike unlike one most gamers have encountered to this point, namely it is looking to closely emulate the actual original Rogue and not just borrow a few concepts from the formula. I got the opportunity to interview the game’s lone developer, David Amador, about the game, the genre as a whole, and his perspective as an independent developer who has worked on a wide variety of platforms.

So you're coming into a room of people who are getting ready to check out Quest of Dungeons for the first time and perhaps we'll say they're not all hardcore gamers. What's your quick pitch for the game to try to help set their expectations and suck them in?

DA: That's a good question and kind of the main point of Quest of Dungeons existing, I wanted to create a roguelike that was easy enough for people to play even with no previous roguelike contact, but still had most of the traditional mechanics, so the game is easy to pick and learn most of the mechanisms but still has depth and strategy. Even being turn-based was on purpose but I wanted to give it a more "modern" approach so that's why it's so fast to play, a lot of people don't realize right away it's not real-time. Most of the time I define it as a "fast paced turn based roguelike that is easy to pick but can still be quite a challenge". Someone once said this to me as I explained the game, "So a roguelike with training wheels that get removed?"

I've gotten pretty deep into the fourth floor but met my demise at the hands of a boss that did some pretty crazy damage and caught me being conservative with my healing. How many floors are in the game proper and what would you say is your impression of the overall average run time people have in the game?

DA:There are 3 mansions, first two have 7 floors, the other one 6. There is also a custom game mode where you can choose the size of the dungeons between 5 and 10. It varies from person but usually between 1h30 to 2h by run is probably the average.

What would you say is your favorite class to play as in the game and why? 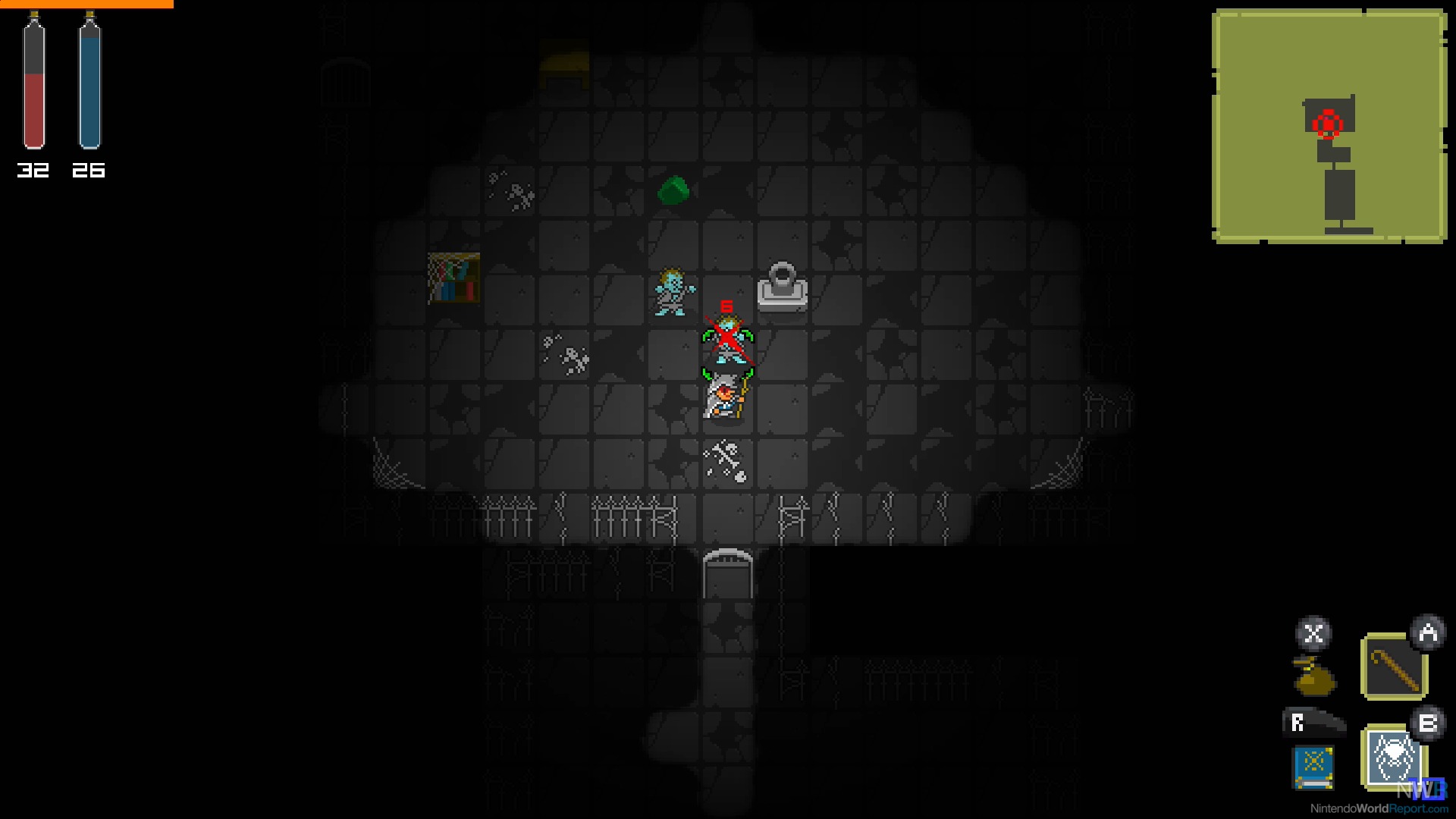 DA:The Shaman, probably because it was the one class I didn't have to guide much by the usual class standards. The Warriors needs to be strong and have more health, Wizards less powerful but using Magic, it would be weird any other way. But with the Shaman I just merge some characteristics from several classes and tweaked it to what I thought would be cool.

When you originally set out to make the game what was the goal you'd set for yourself in terms of what you were looking to accomplish? Did you envision that you'd have it ported to so many platforms?

DA:The original goal was to make a tablet/smartphone roguelike that could be played while commuting to work, because I wanted one, it needed to be fast, pause at anytime and continue later. For the first couple months that was all it was, eventually during beta tests I noticed players liked the tablet version a lot, because of the bigger screen, and I saw potential for a PC version, with mouse replacing the "touch". When the opportunity for making it to a console showed up I knew I had to remake a lot of stuff, so I spent a full year remaking most things to be controller friendly instead of "touch". Had I thought the game would make it's way to consoles I would probably planned some things better, I had to come up with solutions along the way as new platforms showed up. On the other hand had I planned for so much stuff the games initial version would have probably take a lot more time to make, this way I made versions as each one was profitable or not.

Before we get into the next group of questions what would you consider to be the essential core of something being a roguelike with any legitimacy to the claim? Do you bother to distinguish between "roguelikes" and "roguelites" or do you consider it to be splitting hairs?

DA: I never bother much correcting anyone, but I think it's important to have both so developers can clearly state what their game is about, so that players know what to expect, if trying to be a more traditional roguelike or just influenced by some things. For me, and this is just my personal opinion, not the definition, I like roguelikes to have permadeath, procedural content, turn-based preferentially and or/some sort of rpg elements or dungeon crawling, that is what I think about when thinking about roguelikes.

Having produced a pretty true-to-the-source roguelike what are your thoughts on the surge in popularity of this type of game, especially in the indie space?

DA: Personally I think is great, and for me the most interesting thing is what is happening with games that are trying not to constrict by all roguelike rules and apply them to other genres and mechanics. That leads to some really good games that may have never existed if roguelike wasn't as popular as it is. 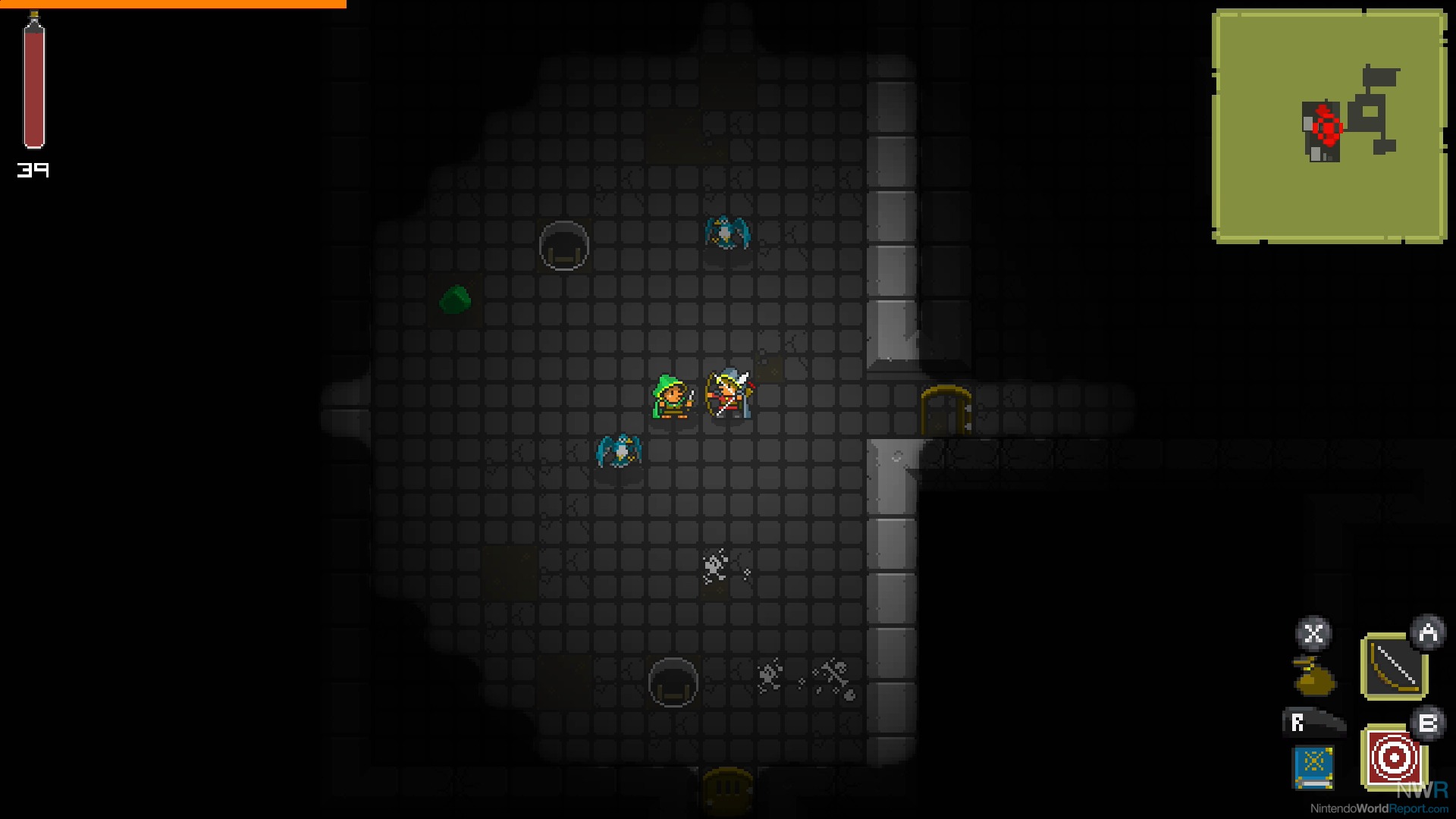 Do you think the roguelike "brand" is being watered down by its being crossed with so many other genres or do you think the use of core elements that define roguelikes in a variety of genres and styles is exposing the value this set of concepts brings to the table?

DA: Having variety is good, there is nothing wrong with wanting to break from the roguelike formula and do something different, inspired by it, but I think we should try to keep the roguelike concept intact as much as possible, that's why it's important to distinguish between "roguelikes" and "roguelites".

What got you started as a game developer and what skills towards that end did you bring to the table when you first started out?

DA: I always wanted to be a game developer so when I was in high school I took the opportunity to join a game studio before even graduating in order to pay some bills. That was my first contact, my skills shifted a bit, I started wanting to be an artist, doing 3D modeling, even took a couple courses, but eventually I realized I was maybe better at programming than arts so I shifted my focus to that.

What would you say is the greatest benefit of being a "lone wolf" developer and, for you, the biggest downside?

DA: Some things are surely more agile in the decision process making, also costs are lower than keeping an entire team, which I couldn't afford. The big downsize is wearing multiple hats, from coding to marketing to social and business side, all of that consumes time and I'm not very good at some.

Having ported Quest of Dungeons to so many platforms did you do a good job of writing your initial code to make moving it around as easy as possible or was that not necessarily a part of the original plan and you've gone to some trouble to get it working everywhere?

DA: I have a clear distinction between the engine code and the actual game code, as far as the engine code goes, I made it flexible enough to support adding the other platforms, and never got into much trouble. I would say the Nintendo 3DS version was the most problematic one but mostly due to the hardware specs. The other ones were relatively smooth.

As for the game code, well that was a bit more "nightmarish", as I mentioned before I initially thought the game as touch only, that meant all UI had to be remade, but I still needed to support game controller and touch because of existing platforms. I realized that what made the mouse/touch work wasn't exactly ideal for controller and vice versa. I spent nearly a year rewriting a lot of stuff and adding a bunch more content to the console release, and now it's much better but it's still something I feel like I planned poorly. But after that it's not relatively simpler to make a port. I got the Switch version running in less than 2 weeks (not optimized or 100%), I just spent the rest of the time optimizing, tweaking and adding more content. 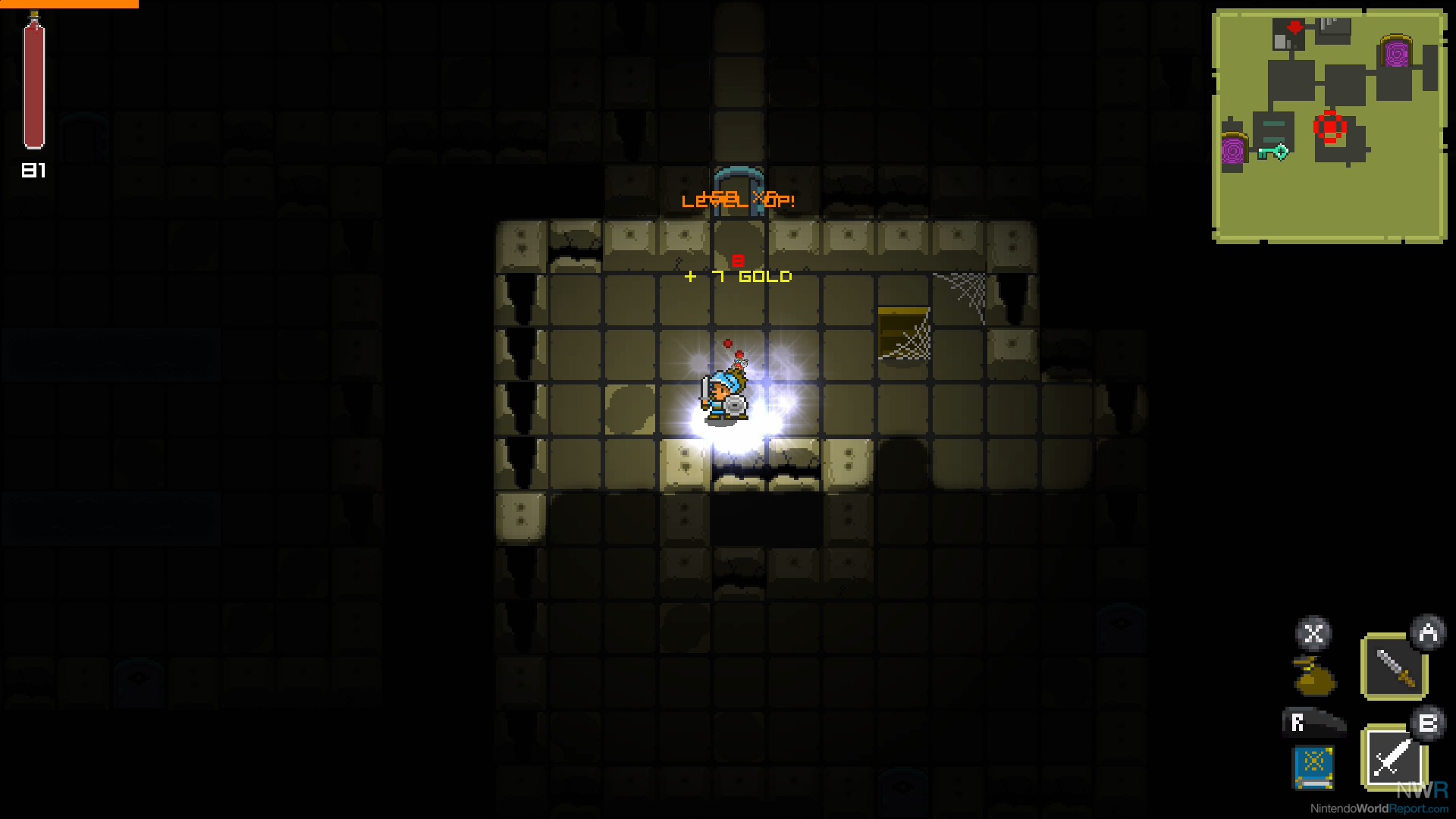 Having released the game previously on other Nintendo platforms would you say you've seen anything different in Nintendo's approach with the Switch overall with you as an indie developer? What are your thoughts on the tools and mechanisms for developing on the Switch in general in comparison to the DS and Wii U platforms?

DA: Yes, I think having worked with Nintendo helped as I could skip the introductions step and I already knew the process. I'm very impressed with the tools they are making available for devs, from early stages they are already better then Wii U and 3DS, I can't get into details but let me tell you there is a big difference, and I'm not just saying this to sound good.

For your next project are you again planning to go multi-platform? Any general word on a genre direction? Something in the same vein or breaking the mold and trying something wildly different?

DA: I try to always have multi-platform in consideration, but that on how the game is received as each port costs money, so yes I want to, if it happens or not it will depend on the quality of the game and how well it does. I have a couple ideas of things that I want do in the RPG top-down genre but I need a break from that after 4 years, so for the next project I've been exploring new genres to see what it might turn out.

I’d like to thank David for taking the time to answer my questions and provide a window into his thoughts on the topic of roguelikes in particular, since I’m a huge fan. Quest of Dungeons is currently available for the Nintendo Switch everywhere!