Interview With Ripstone About Extreme Exorcism

Discover this multiplayer ghosthunting game on your Wii U later this year!

Ripstone are busy publishing games from all over the place! Recently, we chatted shortly about their decision to bring Extreme Exorcism to the Wii U eShop. You will get a good overview by reading the interview below.

Nintendo World Report (NWR): I'm here with Helen from Ripstone, who are publishing Extreme Exorcism on the Wii U eShop. Helen, could you give us a quick overview of the game?

Helen (H): Extreme Exorcism is a paranormal platformer where everything comes back to haunt you.

NWR: That's pretty brief. So the game is an arena platformer, which means destroying enemies in a hostile environment. The twist is you are ghost hunters, how will that be accounted for in the gameplay?

H: Well, you'll start the game as Meg, her sister, or two of her friends. Once you're dropped in, you have to get the haunted chair. Once you pick a weapon up, which is randomly generated, you go and get the chair then after that a ghost will appear. Now what's really interesting thing is, that ghost will replicate exactly what the player has just done, so you're making your own enemies up. It just gets more and more intense because it's more and more ghost appearing, and they repeat every single round that you've just done.

NWR: There are more than 20 weapons in the game, so what makes them stand out? 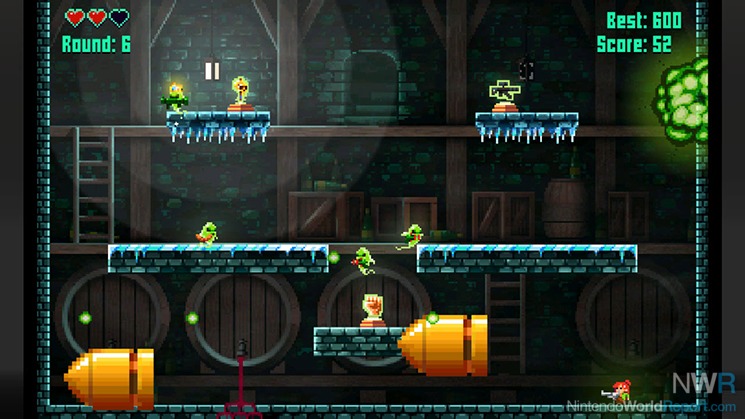 H: The weapons are in three categories - you've got melee, long range and multi-directional weapons. You can pick up 3 at a time, and they're all used exactly at the same time. So you can create your own little arsenal, and it's got bombs so you can create a cluster, jump right in, and hit the button to clear four, five or maybe six ghosts at a time. It's a good mix and match and weapons, and you should take into account the situation at the time. There's a grenade launcher, so you may not want to use it when there's one enemy on the screen, you might want some close contact.

NWR: There seems to be a good variety of modes including a single player story mode. What makes the game stand out in that regard?

H: The whole thing that you make your own enemies, what you do will come back to haunt you. So it's not just a normal arcade game where you just want to avoid each other or the enemies that are thrown at you, you've got to really think about what you're doing or where you're jumping, what weapons you're picking up, when you're shooting because you can make it very hard for yourself.

NWR: What kinds of multiplayer modes are in the game?

H: There's a local co-op mode in the arcade, so you go through all 10 areas of the haunted house together, fighting the ghosts together. On that one, whoever wins the round gets their ghost, and that's pinpointed by different colors so each character has their own color and that ghost will be that color. You've also got a deathmatch mode, where you're not only fighting the ghost you're fighting each other as well. The more rounds you do, each player will have their own little team of ghosts, the ghosts won't hurt them but they'll hurt other people, and you're also shooting other people as well. It gets very manic, very quickly. 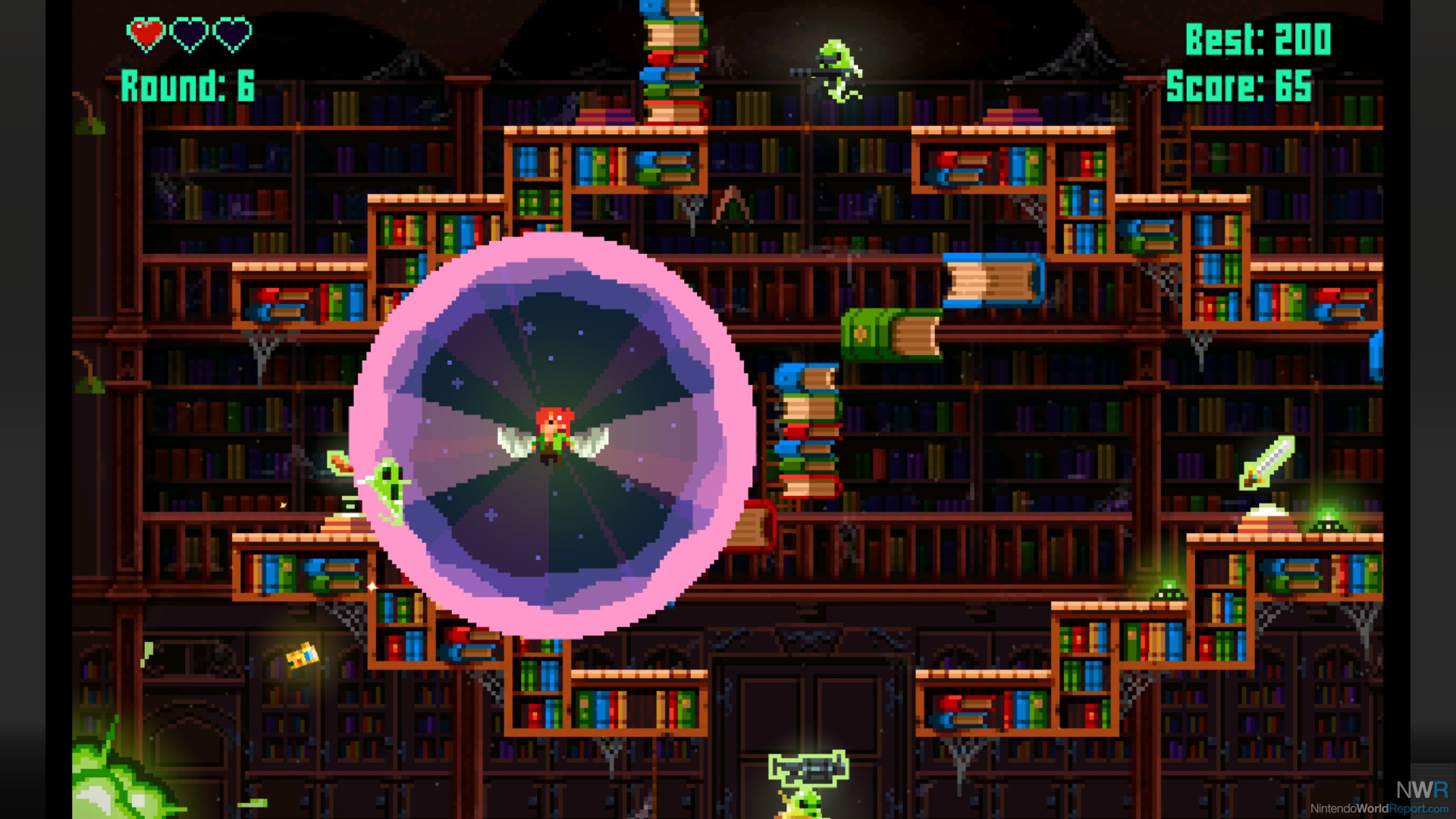 NWR: The multiplayer was a lot of fun, it was really chaotic and I loved it. The Wii U supports a lot of controllers, which controllers are supported with the Wii U version?

H: All controllers are supported, though it's probably best to play with the Wii Remote on its side...

NWR: Or the Pro Controller, or the Classic Controller?

H: I don't remember what it's called. Sorry! (laughs)

NWR: No, it's all right. (laughs) When can players on the Wii U expect to play the game on their systems and is there anything else you want to say?

H: It's coming soon on Wii U, it's definitely a very fun game, if you played Towerfall Ascension or Super Cratebox, you're a fan of those, definitely get Extreme Exorcism as it's along the same lines. Finally, it's from Golden Ruby Games, they're a two man dev team in New York City and it's a really really good games. Get a few friends around and have a go with the hunters and ghosts.

NWR: Thanks so much!

H: Thank you, no problem.