After hours of play across World of Light, Spirit Board, and Classic Mode, we have some thoughts on Smash's ambitious array of solo content.

At a recent Nintendo event, I got to check out a whole bunch of Super Smash Bros. Ultimate, including the first half hour or so of the World of Light, several Classic Mode runs, and the Spirit Board mode. Overall, the sampling of single-player content was extremely encouraging, but there was a whole lot of it, so join me as I try to break it down.

Let’s start with the new take on an adventure mode. World of Light set the tone for how progression works and showcased the breadth of the Spirit and match variety. As per the ridiculous intro video, you start off as Kirby and start to move around an expansive world map. The first section is relatively straightforward - not posing a threat on the Normal difficulty. After a few events that rewarded Spirits, you take on a possessed Mario and after defeating him, you can then choose Mario as a fighter. 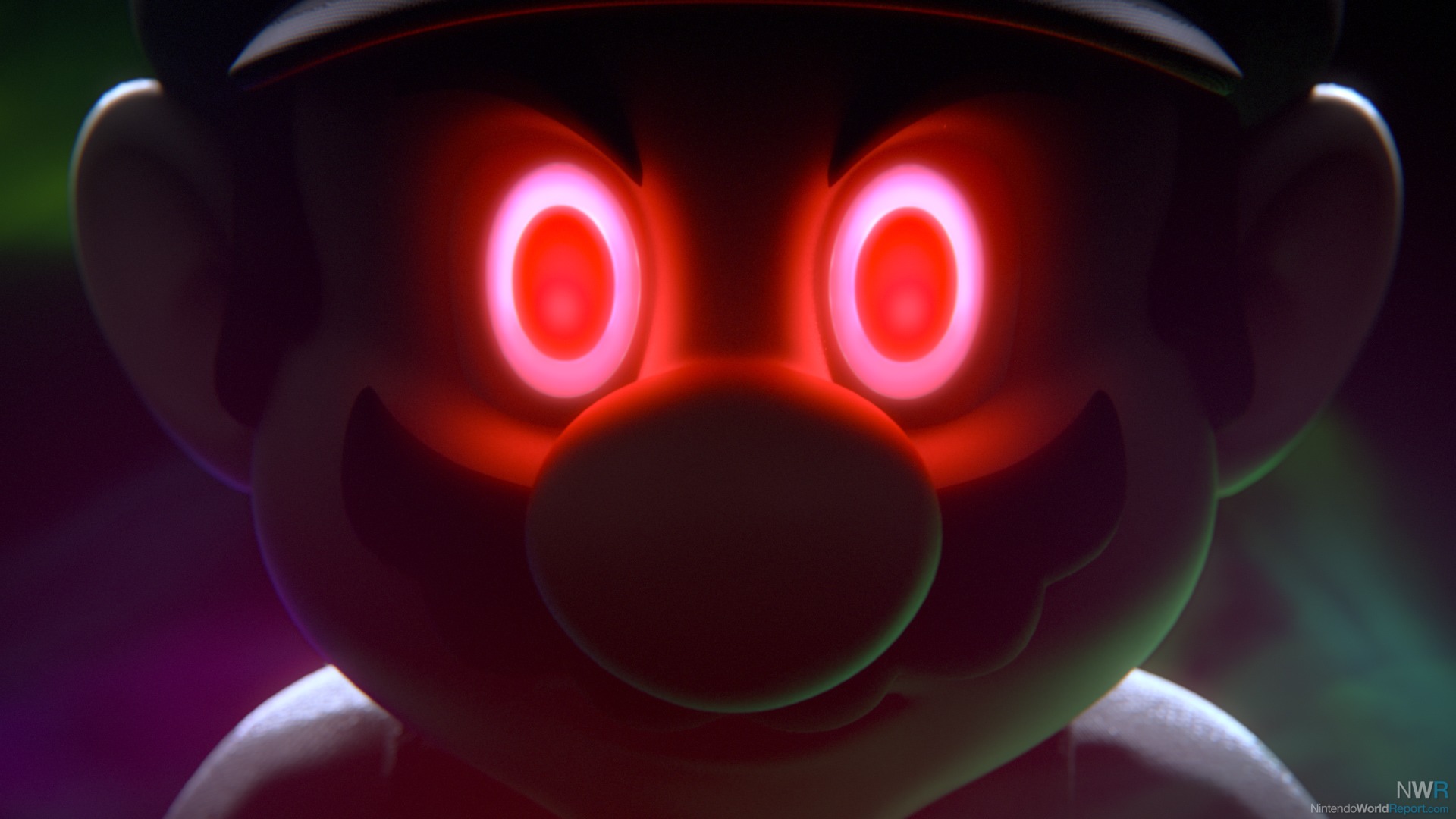 The branching paths then introduced a choice between unlocking Marth, Sheik, or Villager. I went with Villager, adding him to my roster after defeating the possessed version of him. The other two ways were then closed off by Master Hand, potentially not being able to be unlocked until later or on a second playthrough. The Villager route took me to a racetrack inspired by both Mario Kart and F-Zero. Minimal branching paths eventually guided me to a fight with Captain Falcon, unlocking him as a fighter and ending the demo.

I was impressed by what I played of World of Light. It definitely started to open up more as I added to my roster and the various matches you come across were varied and interesting, generally posing unique challenges along the way. They varied from stamina matches to ones where enemies started off with items. An event match that resulted in a Tron Bonne (of Mega Man Legends fame) Spirit was a “no-frills” match against Wendy Koopa and a small R.O.B. army, paying homage to Servbots. Another one was against a Fox that started with a Rocket Belt item equipped. The reward for that was a Gyrowing Spirit. One particular stand out, mainly because of the challenge, was a stamina match with Bayonetta where her attack power was increased and overall jump power was limited. I had to cultivate the right build of Spirits that upped my stamina and specific attacks to give me an edge. The Bayonetta battle then unlocked a Juri (from Street Fighter) Spirit, which made sense.

The Spirits are a beautiful accent for this mode. You can equip primary and secondary spirits, like I did for the Bayonetta fight, to hopefully gain an advantage in matches. As we all saw in the recent Smash Direct, the Spirits are littered with deep pulls. My favorite one was definitely Raymond Bryce from Disaster: Day of Crisis. I also enjoyed the Ever Oasis love as well as seemingly some random NES-era sports players from possibly games like Golf and Volleyball. While the Spirits are definitely a little overwhelming to start, I had made sense of how to use them by the end of my half-hour demo. The Spirits house impressive depth, but they’re something you can kind of just mess around with as well. 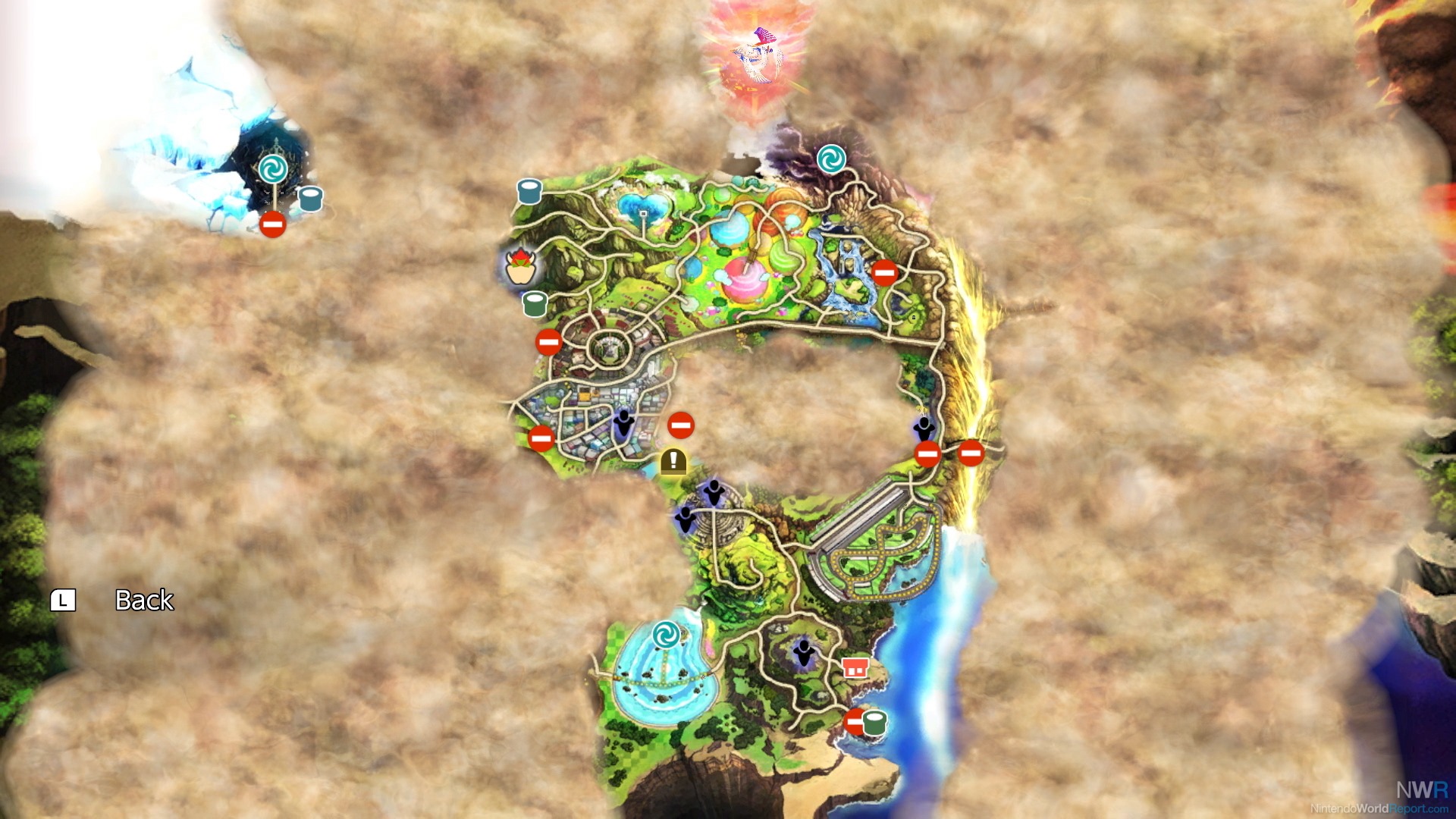 While I can’t place an exact estimated length on World of Light, it seems like it will take a long time to 100%. Unless the characters start coming faster and furiouser, if you unlock characters at a consistent rate of about three per half hour, it’ll be a 10+ hour quest. My gut tells me you can probably make your way through World of Light without a full roster though. The mode’s design seems to encourage replays on different paths.

We might have only seen a sliver of what World of Light has to offer, but the potential is there for what could be the, dare I say, “Ultimate” Smash Bros. single-player experience. It’s hokey to say, but it really does seem like it could be the best aspects of past Smash Bros. single-player modes all rolled up into one with some immense flourish. This will likely be the first thing I do when I get Super Smash Bros. Ultimate, unless I have some friends around to play multiplayer first.

World of Light isn’t the only place where you can gain Spirits in bulk. Another mode is playable called Spirit Board. Clicking into it opens up an array of Spirit matches, ranked from Novice to Legendary. These matches are all very reminiscent of the kind of ones you’ll face in World of Light, but it cuts out the fluff of the world map and story. All characters you have unlocked are available to use and you can also tweak your character by equipping Spirits. What’s super cool about Spirit Board is it offers a mode that is easy to jump into and provides an immediate, quick hit of Smash Bros. fun. 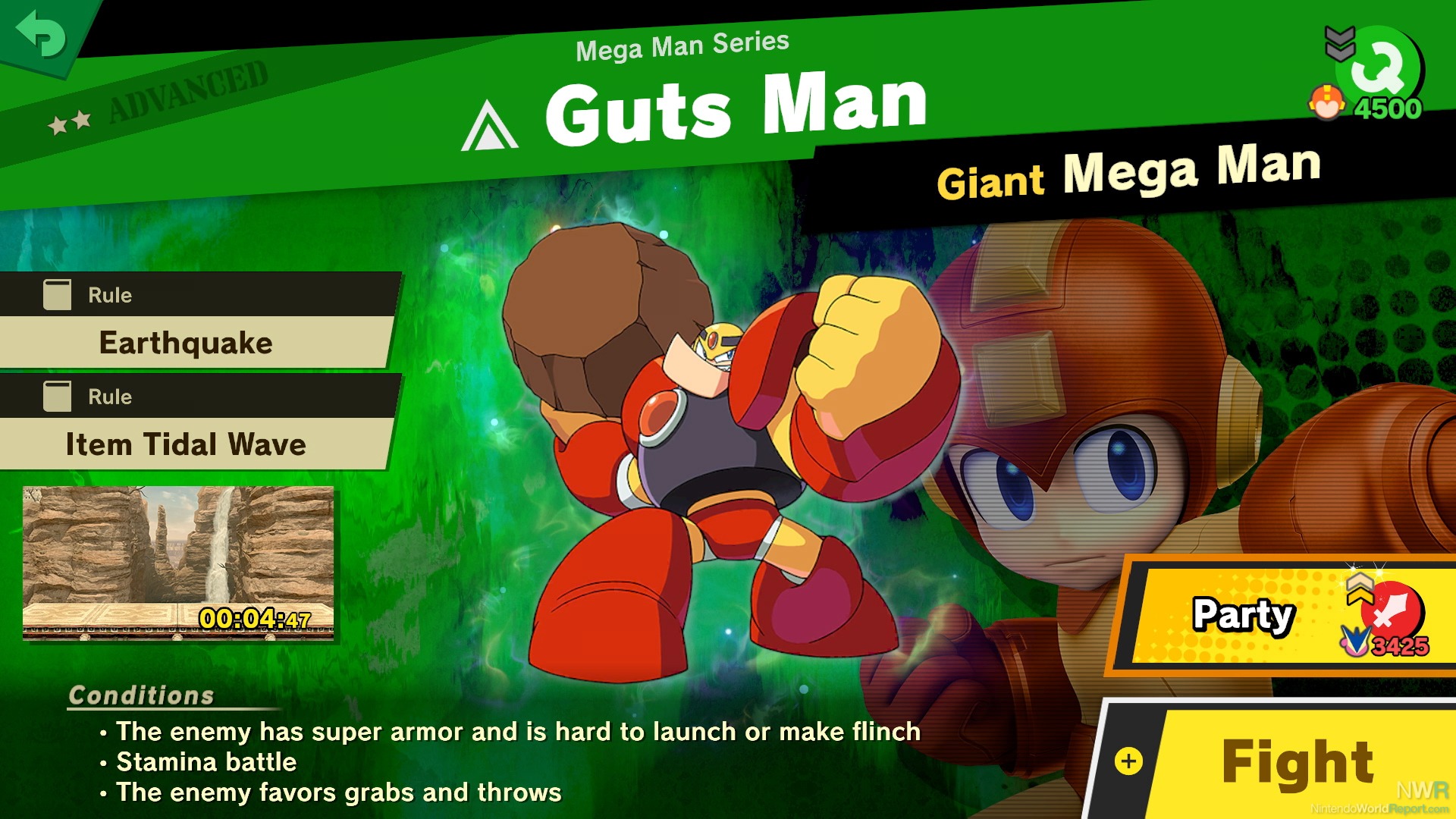 I realized when recently revisiting Super Smash Bros. for 3DS that, outside of multiplayer matches, it wasn’t really that engaging to hop in and screw around with. Smash Run was the closest to that kind of experience, but that still requires a few solid minutes of focus. Spirit Board seems perfect for playing a few quick matches when you only have 10 minutes. I don’t know how many Spirits are available or how many different types of matches they are featured in, but conservative estimates place the amount of Spirits north of 500. If you have 500 of those types of matches across various modes, even if you repeat some eventually, that’s still a ton of variety that could be worth revisiting when you want a dose of Smash.

As far as the types of battles, it’s the loving franchise references you have come to expect from Smash Bros. A personal favorite was a match against Diddy Kong and Wario that resulted in a Salsa (from Mother 3) Spirit. Wario naturally represents Fassad and banana peels are plentiful on the stage. Another was a match against a blue K. Rool on a Fire Emblem stage that netted a Draug Spirit when defeated. Even Game Freak’s 3DS eShop game HarmoKnight got some representation with a Tempo Spirit on the Pac-Land stage that had flourishes like reflected projectiles doing more damage. I’ll probably lose my mind if I come across Pocket Card Jockey love in the Spirits.

I can totally see myself getting lost in this mode, like I and several others did during the demo event. The references are cute and the matches are fun. Hopefully it has the variety to stay fresh over a long period of time.

We only were able to check out five character’s Classic Modes at the recent Smash Bros. event. As revealed recently, every fighter has a specific theme to their run. Duck Hunt brawls predominantly animals while Wolf squares off against other fighters who missed out on Super Smash Bros. for Wii U/3DS. After six stages and a bonus game, you always end on a boss. R.O.B. and Wolf fought a Subspace Emissary mech named Galleom, Duck Hunt fought Rathalos from Monster Hunter, and Mario fought Giga Bowser.

Classic mode retains the intensity meter that Director Masahiro Sakurai first used in Kid Icarus: Uprising, and it rises and falls as you progress (or don’t). While the farthest I saw anyone make it was in the 8.0 area, I assume some sort of secret boss will exist for those who make it to the 9.9 end of the spectrum. 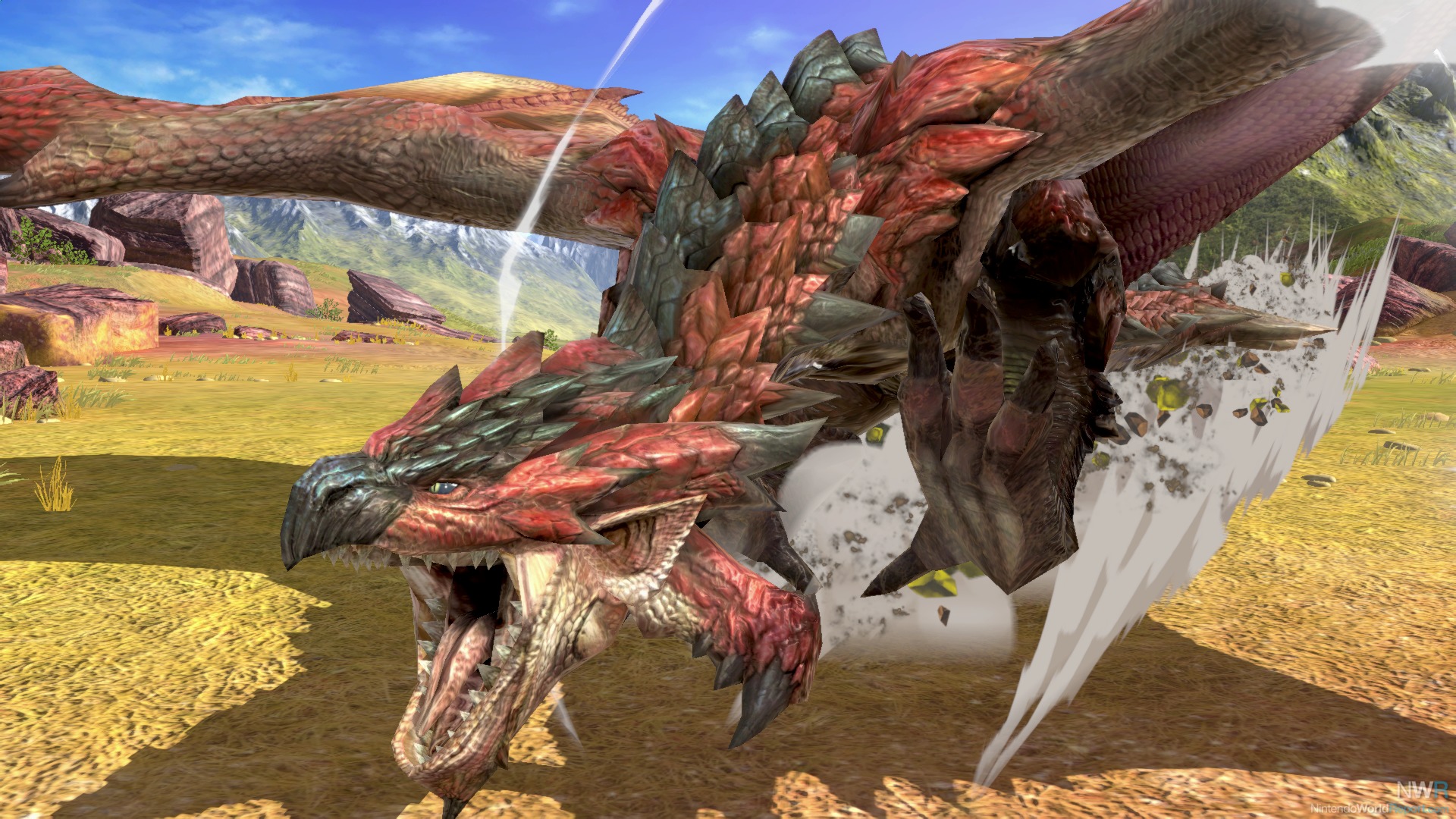 The predetermined structure of Classic mode makes me intrigued to try out every character’s path, but I do feel like one run for each character might be enough for me. However, this game has 74 freaking characters, so playing each of their Classic modes once is probably fine and possibly even overkill.

Most of the matches weren’t that surprising, but one of the last stages will always be a bonus game, where you race through a side-scrolling stage with an encroaching wall making it so you have to keep moving. It’s generally just an excuse to get more loot, but it’s nice to see that kind of variance in what could have just been vanilla fights.

Is Classic mode going to be the main draw in Super Smash Bros. Ultimate? Most likely not, but it appears to serve the same purpose it has in the past: to give players a quick romp with some varied battles.

I will have a lot more to say about Super Smash Bros. Ultimate’s single-player content, especially once I get my hands on the final game. I love having the depth of these modes to complement the multiplayer focus and the assortment of options here are something I can point to whenever people are like “well what kind of single-player do you expect in a multiplayer game?” It’s this. Smash Bros. Ultimate sets the standard, and it does so by playing to the strengths of the series: fun combat filled out with a loving affection for video game history.