The most unique entry of the franchise has just become even better.

Gaiden is a unique specimen in the world of Fire Emblem. Despite being only the second game in the series, it had ideas that dared to be different. Next to the signature strategy gameplay, the game allowed you to roam towns and handle your resources in quite a unique fashion. Some of its ideas would make their way into other entries, but the way the package was structured was never repeated. Now the game sees a reimagining on the Nintendo 3DS as Fire Emblem Echoes: Shadows of Valentia. This game made its hands-on debut at the Dutch Comic Con and I walked away incredibly impressed.

When we booted the game, we got to see the cutscene that introduced us to the game in January. This is the scene where we see a young Alm and Celica chat with each other. The major difference was that the proceedings were in English with some of the text changed as a result. While we didn't get to hear a lot of the voice acting, it did sound quite good. What followed was a montage of scenes from the game, which ended up on the title screen. 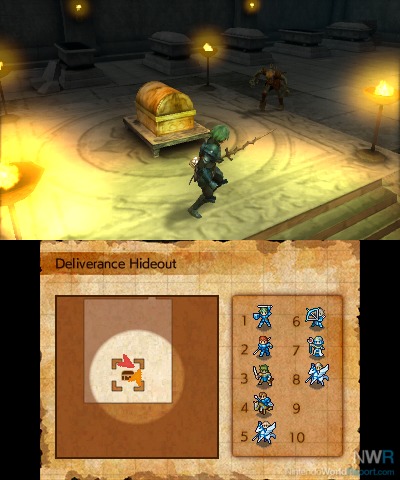 During our demo, we did get to see the world map, but were limited in what we could interact with. There was the option to go another location and a good chunk seemed to have been unlocked, but we are asked to only look at two missions. The first stop on our journey was a dungeon, which we could explore in fully rendered 3D environments. This dungeon featured narrow hallways with a solid amount of branching paths. It is here that we would encounter items, various locales and naturally enemies. Once you interact with an opponent, the game takes you to the usual grid map to partake in a battle. Along the way, you will find more open rooms that allow you to relax. It is here that you can talk to allies or NPCs, do some team management or interact with elements in said rooms. In the final game, you will do this in villages, but we didn't get to see those during our time.

What I enjoyed about the dungeon was the flow of it. Your movement through it is incredibly smooth, mostly because it uses all of the control options of the New 3DS. It felt solid to move Alm around in the 3D space and use the C-Stick for optimal camera control. You can run around, deliver the first blow to your enemies and get through these at a solid pace. A little touch that I adore is when you stop walking as Alm will do a small slide before standing completely still. It is little touches like these that make it fun.

Battles are set up in a fun fashion, both in the dungeon and out. To start with those in the dungeons, they will go by in a rapid succession. There are a limited amount of enemies with one serving as the key opponent to defeat. I found myself quickly making one move after another. A quick peek at the statistics was enough to quickly make a judgement call and dispose of them. The thing is, naturally, is that I understand how these mechanics work. I can imagine that for the newcomer, time is neccesary to plan. The game understands this and it has a dedicated Tactics button. This will allow you to let the battle play out automatically during your dungeon crawling. You can decide to let the units gather around the leader, improvise, charge into action or fall back when needed. You can take control back at any time if you feel that the battle isn't going your way. 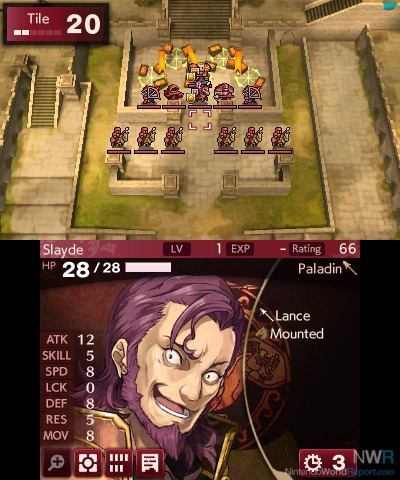 What you do need to understand is that in the regular full scale battles, the game won't let you off the hook. During every turn, Echoes expects you to at least do something. You could use that Tactics button every turn and see what transpires, but I find it more fulfilling to place the units myself. That placement is important as the opponent will be relentless and head for the unit that is likely to fall first. It is your job to react to the constant changes and keep the trademark weapon triangle somewhat in mind. (It plays less of a major factor here.) The heart of the strategy gameplay is reading the situation. This is what your experience lives by and mistakes can easily be made. These mistakes can be fixed by using Mila's Turnwheel, which will allow you to turn back time three times during a battle. It will allow you to save a unit or correct a wrong move that ended in disaster.

While there are these safety nets in place, you shouldn't get any wrong ideas. Echoes is classic Fire Emblem at its finest. Unlike the modern Nintendo 3DS entries, you can't team up units and make them one. They stand on their own during battles and their support ranks only grow if you settle them side by side. You have to consider that criticals are more easily achieved together, so you will need to place units carefully. Another element is the return of the fatigue system, which has been missing in action for a long time. If you rely on a certain ally too much, you will drain their lust for battle. This could cause a huge drop in statistics, so you will need to know when to hold units back. The game leaves these choices in your hand and does a good job laying out your options. In our demo, the auto-play feature was turned off, which I think was for the better. The constant shifting around of units made me involved with what I was doing.

Other elements that made Fire Emblem Gaiden such a unique outing return as well. The way items and weapons are handled is interesting in particular. Every character has a default weapon that doesn't break during any point in the game. Instead, this weapon grows along with the unit, so that it can offer more skills and solutions. It becomes neat to see units grow in multiple areas along with their weapon and see what results from the combination. You can equip a special weapon if you so desire, but every character can only hold a single item, so management is once again critical. Furthermore, the item that you choose will also grow, granting you more in return. This can make for some deadly combinations. The demo showed the character Tobin using a Lightning Sword. Despite being weak against most of the units we encountered, he consistently did 13 damage without fail. He was a fantastic back up. 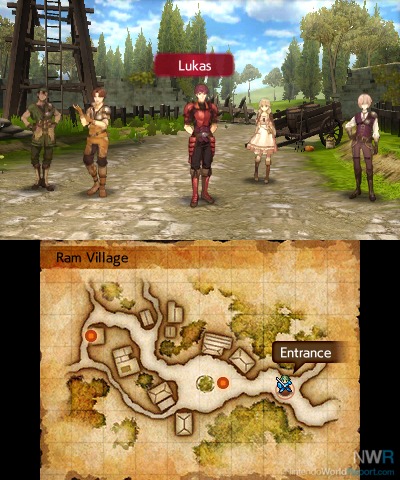 The units seem to have plenty up their sleeves. If you are using an archer, he or she can reach the opposite side with a greater range than before. This makes the archer more of a strategic unit that you can place further away from your opponent. With just small little tweaks, I found that the individual units brought a lot to the table. This will go back to choice as you recruit the villagers and assign a class to them. There were a couple in our party during the demo, each representing a different class. You will see benefits fast as the characters grow at a reasonable pace and develop new spells or abilities quickly.

The actual characters are no pushovers either. While we only got to see Alm's side, the variables are impressive. Silque, a Cleric, was a great help in both attacking and healing units. With both her white and black magic skills, she helped with damage control and draining our opponents with Nosferatu. Faye, a new character in Echoes, is one of the story related villagers. In the demo, she was using the standard sword skills to wipe the floor with anyone she met. Faye also developed high defenses, which let her serve as a physical tank. Finally, we have Clive, who is a Paladin. With his trusty horse, he can storm the field and get across it very quickly. This is perfect if doors needed to be opened or another unit needed some quick help. Every single one of the characters played their part during the huge castle battle at the end of the demo.

It was before and after that battle that I got a true sense of the changes made. The dialogue in the original game felt limited at time, which is understandable since it was originally a Famicom game. They revamped the dialogue in a way that makes sense. The context of the events hasn't changed, but the details has been expanded to make Valentia more alive. You get a real sense of the present danger while reading the text, something that was lacking in the original. The banter between characters has become wittier too. When two allies interact, their personalities really come into their own. One conversation we got to see was between Kliff and Tobin and their contrast was stark. We also got to see one of the animated cutscenes running, which honestly looked grand on the Nintendo 3DS screen.

Talking about looks, that is the thing that has been improved upon the most. The character designs of Fire Emblem Gaiden were really a product of their time a quarter-century ago. The characters had gigantic shoulder pads and similar hair, so there wasn't exactly much to differentiate them. The designs now sport original features that make them both look classic as well as appropriate. The transformations from Alm and Celica to the modern era are the most impressive in my book. The new characters don't look out of place in the universe either, which is a major plus. The graphics during gameplay can be compared to the previous two Nintendo 3DS outings. Shadows of Valentia combines Awakening style maps with Fates’s art quality. I do wish that there was more visual variety in the dungeons as every battle there looks somewhat similar.

At the end of the day though, I loved what I played of Fire Emblem Echoes: Shadows of Valentia. It is a tiny part of a massive game, but there are a lot of lessons I took away from it. The characters, story and gameplay have never felt this enticing or enjoyable. It has been modernized with a gigantic wink to Fire Emblem's past. A lot of the unique elements return, but they do it in a way that makes sense and makes me want to see more. Above all, no matter if you are a veteran or newcomer, Fire Emblem Echoes respects the time of the player. This goes a long way to making the game a special one. I can't wait for it to be May and experience Valentia in English for the very first time.

The original fire emblem gaiden actually doesn't have the weapon triangle(b/c there are no playable axe units, so the game would be unbalanced). That might explain why Tobin was doing so well against units he should have been weak against. 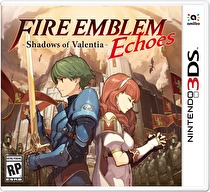