The PAX East show floor is filled with countless indie games, most of which you likely have never heard of. Realistically it is impossible to make time for each of them in the three days available, so you end up passing many by. TumbleSeed may have been one of these games I passed by in years prior had it not been for Nintendo showcasing it in their Nindies presentation a few weeks back. I’m glad Nintendo highlighted it, as it introduced me to a new charming roguelike that appears to have depth hidden in its simplistic style.

TumbleSeed is a roguelike through and through. After completing the tutorial, which introduces the main mechanics, the game thrusts you toward your main objective, climbing the many levels of a mountain. If you fail on your climb and are out of lives you start over. This seems punishing for the sake of being punishing; but it works due to the complexity and variety introduced early in the game. 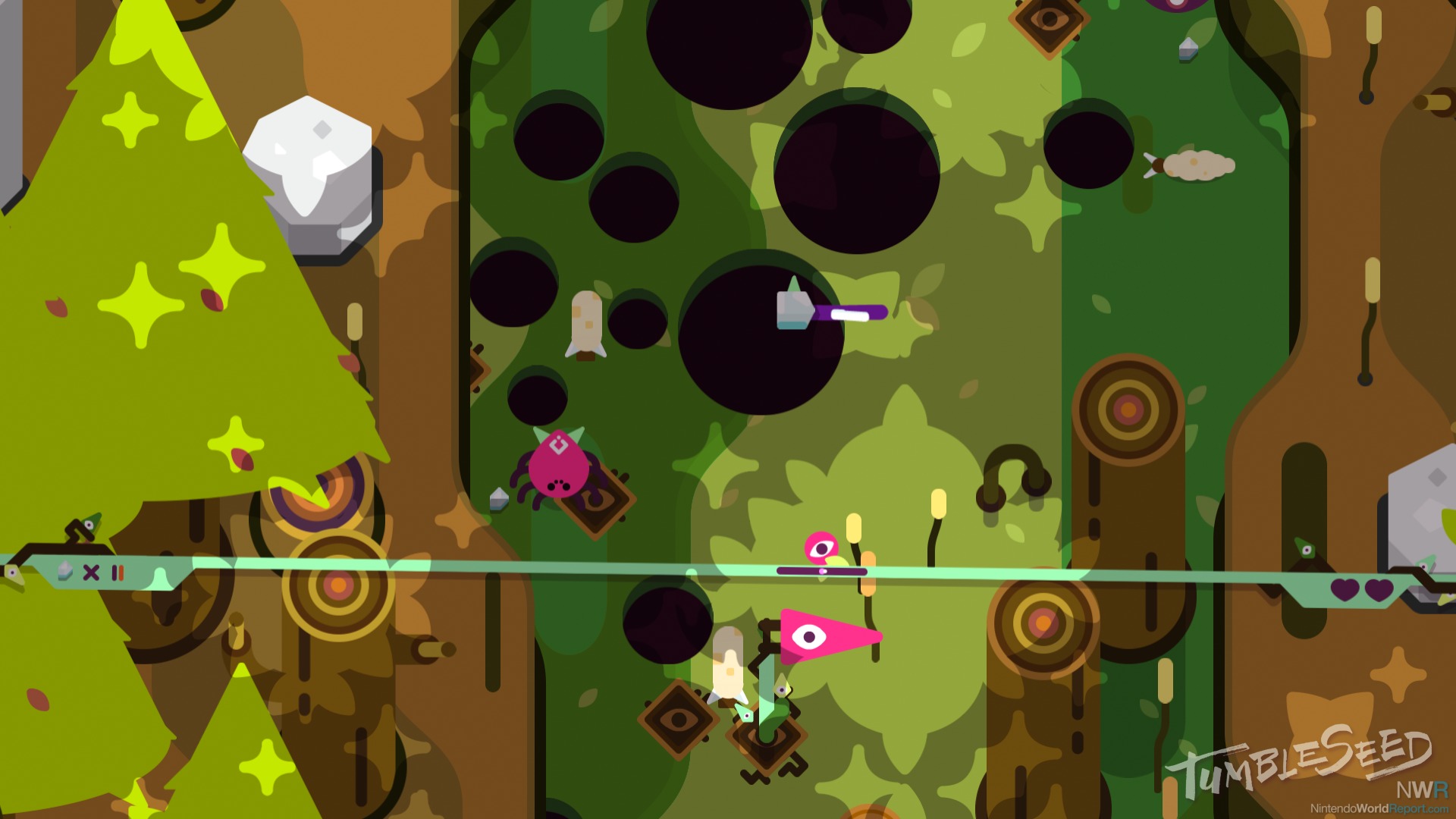 Both watching the developer play the game, and trying it myself I couldn’t help but notice the similarities to something like Spelunky or Binding of Isaac. The game is split into multiple distinct areas in which you can obtain power-ups and auras that are random and can both help and hurt you on your way to the finish. Items introduce both benefits and risks that must constantly be weighed as you climb the mountain. The developer showed us several seed powers (typical power-ups). These appeared to be randomly placed around the environment in side areas and towns, meaning some runs may yield good powers early on, while others would make you really work to get to the great abilities. Some of these abilities included planting mines, firing lasers, or creating a poisonous cloud.

The art of obtaining and using the abilities is locked behind an extremely simple but challenging control method. Your seed character rests on a flat platform that is pushed up the environment by holding up on both analog sticks. The left analog stick controls the left side, the right analog controls the right. These function independently allowing you to roll your seed left and right. This may sound simple, but it is extremely challenging to a newcomer. I struggled to keep the seed still enough to navigate obstacles and constantly fell to my death. With practice comes perfect though, as the developer took control and showed me what true mastery looked like by flying past parts of the game that I would have spent the better part of half an hour on.

TumbleSeed won’t be for everyone based on the inherent repetitive nature of roguelikes. However, as someone who doesn’t tend to fall in love with this genre, TumbleSeed grabbed my attention. The unique and challenging controls mixed with the cute art style make TumbleSeed look extremely promising when it launches on Nintendo Switch this spring.