A both unconventional and rewarding game is hitting Switch later this month.

Snakes in nature can often be a venomous bunch. Most individuals would recommend avoiding them unless you are an expert on the subject. During NWR’s recent trip to PAX East, I visited the Sumo Digital booth where they were showing off a slithering creature that I fortunately didn't have to be afraid of. Snake Pass, releasing on Switch later this month, is a promising platformer that forces you to think and play differently than you ever have in the past.

The demo presented came in the form of three levels of varying difficulty (easy, medium, and hard). These complete levels from the game were jam packed with collectibles in seemingly every nook and cranny. Three primary items were required to progress but everything else came as an added bonus with the eventual goal of unlocking something at the end of the game. During my time playing I didn't manage to even nab half of the collectibles due to the difficulty in which they were placed. In total, the game features 15 levels, which may sound like a small number, but with the amount to do in a level you could probably spend an hour or so in each. 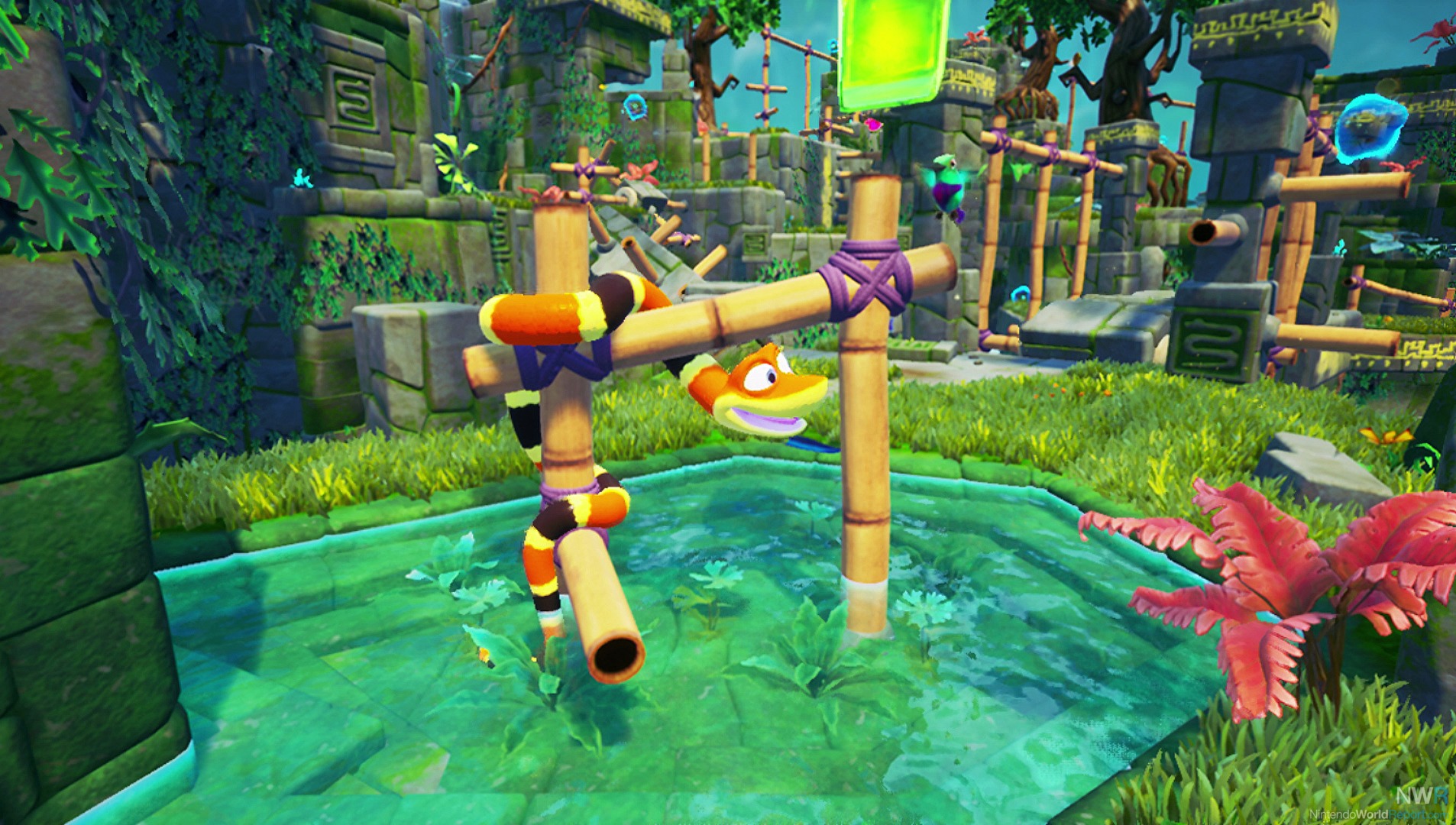 Playing as a snake was definitely a learning curve as well. Joy-Con disconnection issues from the large amount of interference on the PAX show floor aside, the snake was still difficult to maneuver. The difficulty didn't come from poor controls, but from learning how to move around as something unlike anything I had ever played as before in a video game. The buttons were quite simple; one to climb upwards, one to move forwards, and the left analog stick to control direction. The tricky part came in the form of constantly asking myself the question, “How do I move as a snake?” Slithering back and forth picks up speed and climbing is precarious as you have to coil carefully around objects to maintain your grip in an effort to climb higher. The later levels definitely made this even harder by making the climbable points move and rotate, forcing me to act quickly often resulting in more deaths from my own poor decisions.

The difficult controls and amount of collectibles seems like a positive overall, as each level looks like it provides a significant amount of depth. I enjoyed attempting the same challenge repeatedly, often failing, as I felt like I was constantly learning more about the movement of the main character

One thing I unfortunately can't speak at length about is the quality of the music in the game as there were no headphones at our demo booth. David Wise of Donkey Kong Country fame signed onto the project, so I am hoping that I can expect something of similar magical quality. One other housekeeping item is to confirm that the game will support the Pro Controller, a good sign for those looking to avoid connectivity issues like we had with the Joy-Con.

Snake Pass is one to look for when it comes to Nintendo Switch on March 28. The game shows promise and if the remaining levels of the game contain the same enjoyable and challenging style, i'll be looking forward to playing more if it.