A fun but flawed demo of a seemingly redundant release. 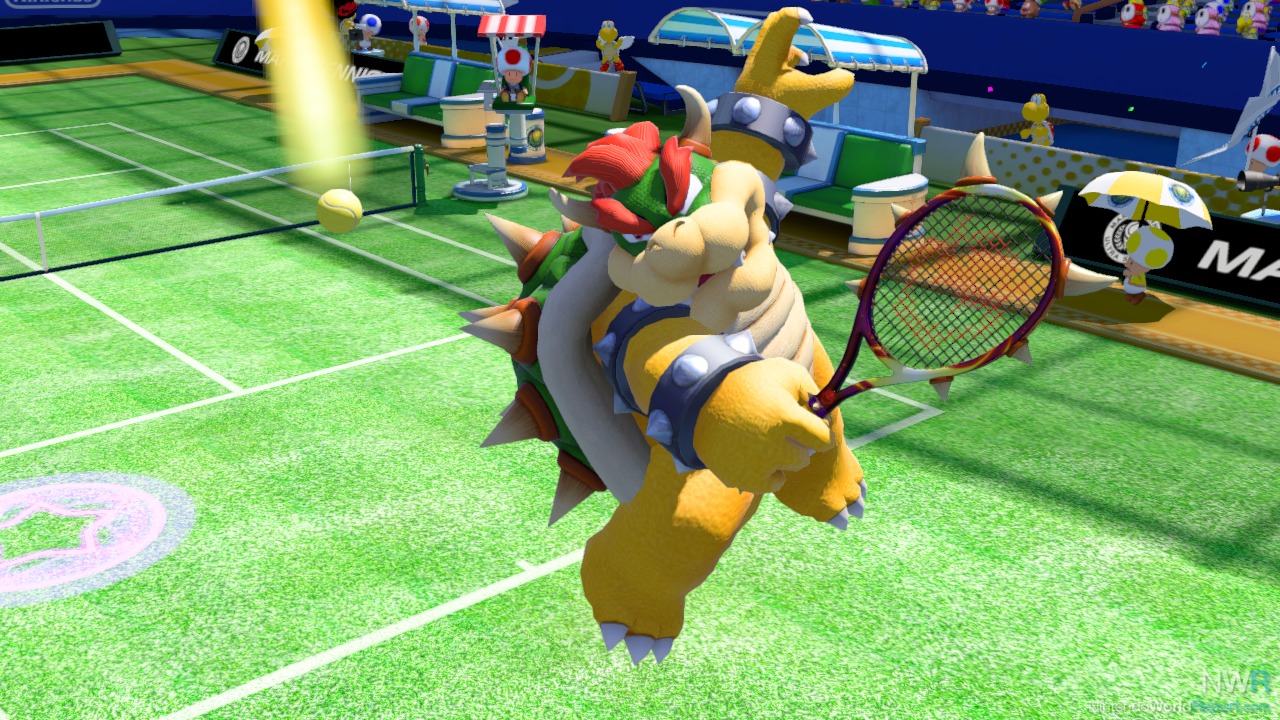 When I first heard this game was in the works, my first response was, “Why?” After all, Mario Tennis on the N64 was a widely acclaimed tennis game that did one thing, and did it well. And while the Game Boy Color game was thought of fondly largely due to its story mode and handheld novelty, subsequent Camelot tennis games have had mixed receptions. After playing the E3 demo of Ultra Smash, I’m still scratching my head, wondering why Camelot can’t just leave well enough alone.

The E3 demo offered both 1-on-1 (two player) and doubles (four-player) matches. Playing matches against fellow attendees and NWR staffers was a fun, though familiar, experience. Placing a tricky drop shot and smashing balls into Mario’s face are just as satisfying as they were a decade-and-a-half ago. Unfortunately, the Giant Mode featured in the limited E3 demo is thoroughly unnecessary. In this gimmicky mode, Mega Mushrooms were occasionally thrown onto the court, seemingly at random. Nab a Mega Mushroom, and your character will grow huge for an extended period, making shots more powerful and your reach much longer. This mechanic requires some strategy, as hitting a power shot as a giant can knock back your opponents during their return shot, potentially leaving them vulnerable to a well-placed drop shot. The downside of being huge, especially with four players, is that it makes the action more difficult to follow and distances more difficult to judge. Visually, it’s rather absurd, and it reminded me of the mushroom mode found in Tekken Tag Tournament 2. 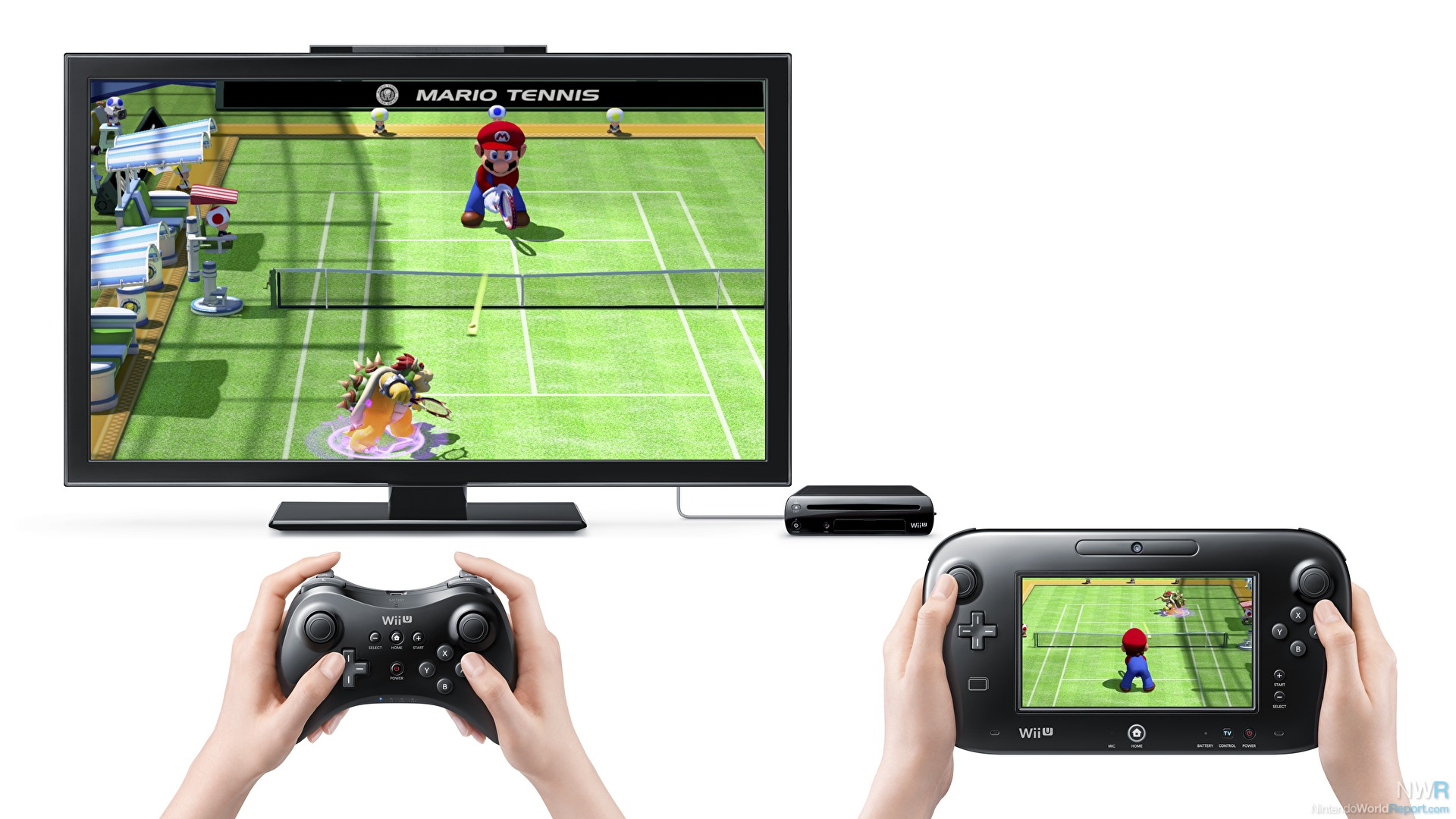 Crazy, wacky fun?! What’s the problem? Well, the problem is that grabbing the Mushroom pauses the action abruptly to play an animation, taking you completely out of the action. To avoid being thoroughly disorienting, the game resumes the action a split-second in the past, allowing you time to get your bearings and get your timing right. This introduces a strange tactical nuance, where players essentially know the immediate future and can adjust appropriately when they might have otherwise missed the return. As someone who actually recalls enjoying the powers introduced in Mario Power Tennis for the GameCube (the last Mario Tennis game I’ve played, over a decade ago), I was surprised by how annoyed I became by the second or third match.

Other than the Mega Mushrooms on display, Mario Tennis handles pretty much exactly as I remember. Only four characters were on display (Mario, Bowser, Peach, and Toad) and they are predictably varied in speed, power, and how pronounced trick shots affect the trajectory of the ball. Yes, you read correctly, Waluigi wasn’t even in this Mario Tennis demo! Camelot, WHYYYYY?! Combinations of button presses result in a variety of trick shots—top spin, side spin, lob shots, and drop shots. You can charge up shots for a bigger bang, at the cost of reduced mobility if you misjudge ball placement.

This demo reminded me of how much I enjoy multiplayer Mario Tennis but left me questioning what would compel me or other Mario Tennis veterans to purchase this rehash, especially if they’re asking full retail price or something close to it. I suspect the final game will have fun characters and some interesting and quirky features like Battle Mode and gimmick courts, but I didn’t see anything in the demo that would warrant playing the new Wii U version over the perfectly serviceable N64 version available on the WIi Virtual Console or the already pretty-looking Power Tennis lying around for GameCube. If you’ve never played Mario Tennis, or want a Wii U native version for convenience, I’m sure this release will be just fine (at least with the quirkier options turned off). But folks at Camelot are talented, and it’s a shame to see their resources allocated towards yet another Mario Tennis game in lieu of a new sport or something completely original.

I really liked Mario Tennis so it was one of the few parts of the direct that I perked up, but then I remembered I can't do local multi anymore and as TYP notes I can easily fire up either the N64 or GCN version if need be.

I wonder what sales projections will be for a game like this.  It doesn't sound bad to me, just... unnecessary?  But maybe there are tons of Mario Tennis fans cheering somewhere.  I don't know.

Yeah, I'm hoping there's more to what we've seen. But I might still get it for the multiplayer, since no one wants to play an N64 game these days even if it's on the Wii VC. Plus, if this has online multi then that will sweeten the deal.

I thought they'd have released a motion control Mario Golf by now...Can't see me rushing out to get this at launch.

It's insane how Nintendo had all of the Wii an Wii U's life cycle to put out a Mario Golf game with the same kind of motion controls implemented in the Tiger Woods game and they chose not to.