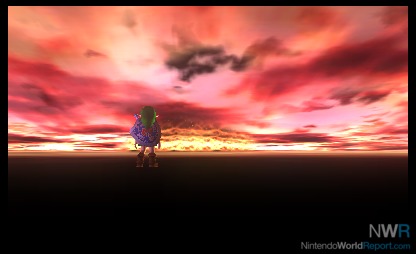 Though it followed Ocarina of Time, Majora’s Mask was a significant departure from the usual Legend of Zelda gameplay. Rather than in Hyrule, the game takes place in Termina, which is under threat from a falling moon that will destroy the world in three days. Thanks to the Ocarina of Time, Link can travel within this three-day time period in order to save the land from impending doom. Due to this difference in gameplay structure, the game was both imposing to many players, but a favorite of others. The big question with the remake is whether Nintendo could fix some of the game’s issues to make it user-friendlier, while not capitulating on what makes the game unique.

While the graphics aren’t groundbreaking by any means, they’re a huge upgrade to the N64 version’s poorly aged muddy and blocky polygons. The game pushed the N64 hardware to its limits, requiring the Expansion Pak to even run. The GameCube emulated release had stuttering problems, but the newly retooled version runs smoother than ever, and the world isn’t shrouded in fog. And coming four years after the Ocarina of Time 3D remake, the graphics are improved from that release as well, featuring higher polygon counts and better texturing. 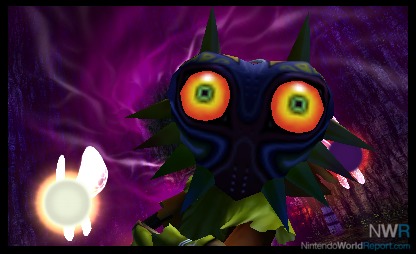 Especially since the game is now portable, several changes have been made to various game systems to streamline the experience. First, saving is more accessible, with more owl-shaped “feather” statues distributed across Termina that let you save at various locations like a traditional Zelda game. You can now make permanent saves from these statues rather than the quick saves of the original.

Additionally, the Song of Double Time, which allows Link to move forward in time, lets players choose a destination time in hour increments rather than six hour increments, which removes a lot of potential waiting if you need to see a character or event at a particular day and time. Speaking of time, even the time meter on the main screen has been made more exact. 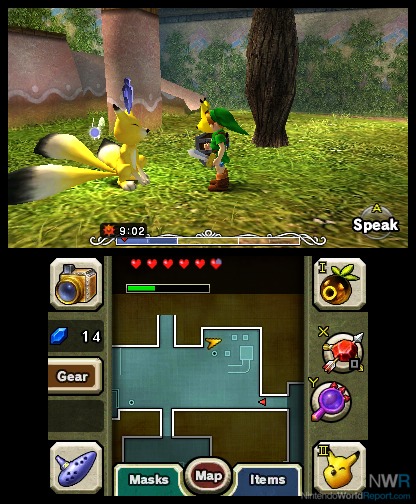 Majora’s Mask revolves around character relationships more than any other Zelda game. By restricting the game to a three-day time span, players are encouraged to revisit and learn about each of the characters hopes and fears. The Bombers’ Notebook has been enhanced to help keep track of the game’s many side-quests, helping players make sure they don’t miss any of the game’s events. On the flip side, it takes away a bit of the organic serendipitous nature of exploring every bit of the game to discover its secrets. In any case, the Bomber’s Notebook works as a date planner of sorts, not just cataloging side-quests, but also marking who various people are and exactly when they’re available. You can also set timers so that you don’t forget to meet up at the right time.

Control-wise, the game works similarly to Ocarina of Time 3D, with added touch screen menus that greatly streamline controls, item selection, and song selection. Tapping and drag-and-drop actions make activating and switching around items – and all those masks -- less of a chore. And the New Nintendo 3DS C-stick also smooths out camera control. 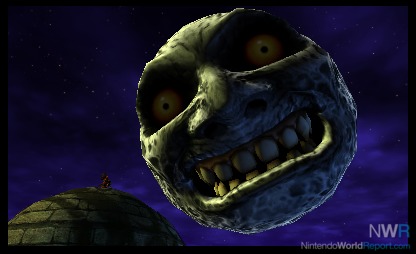 Though the main game is largely the same, Nintendo is throwing in a few extras – two fishing holes where you can collect a variety of fish (while ignoring the impending apocalypse).

In the end, it doesn’t seem like Nintendo dumbed down the game, but rather identified the places where options were unnecessarily obtuse. The main complexities of the original are intact, but the annoyances have been reduced or removed. The game looks better than ever, better than Ocarina of Time 3D, though it still feels in many ways like the N64 original. Majora’s Mask is a deep game, and we’ll be spending a lot more time with it in the days ahead. 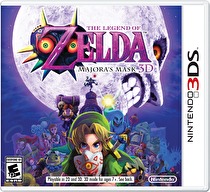