Puzzles and Tricks Await in Metroid-esque Realm of Stealth Inc. 2

Dive into the test chambers, survive tricky puzzles, and explore a massive world!

When I got to play Stealth Inc. 2 for a few missions at Gamescom, I had no idea of how big the game was going to be. It looked promising, but I knew that I had to stop before getting in too deep. Ruining the surprise factor with a game like this can be heart-breaking. Now, I’ve had the chance to sit down with the game proper and really take in what Stealth Inc. 2 has in store. It is safe that to say that I am even more pleased than before. 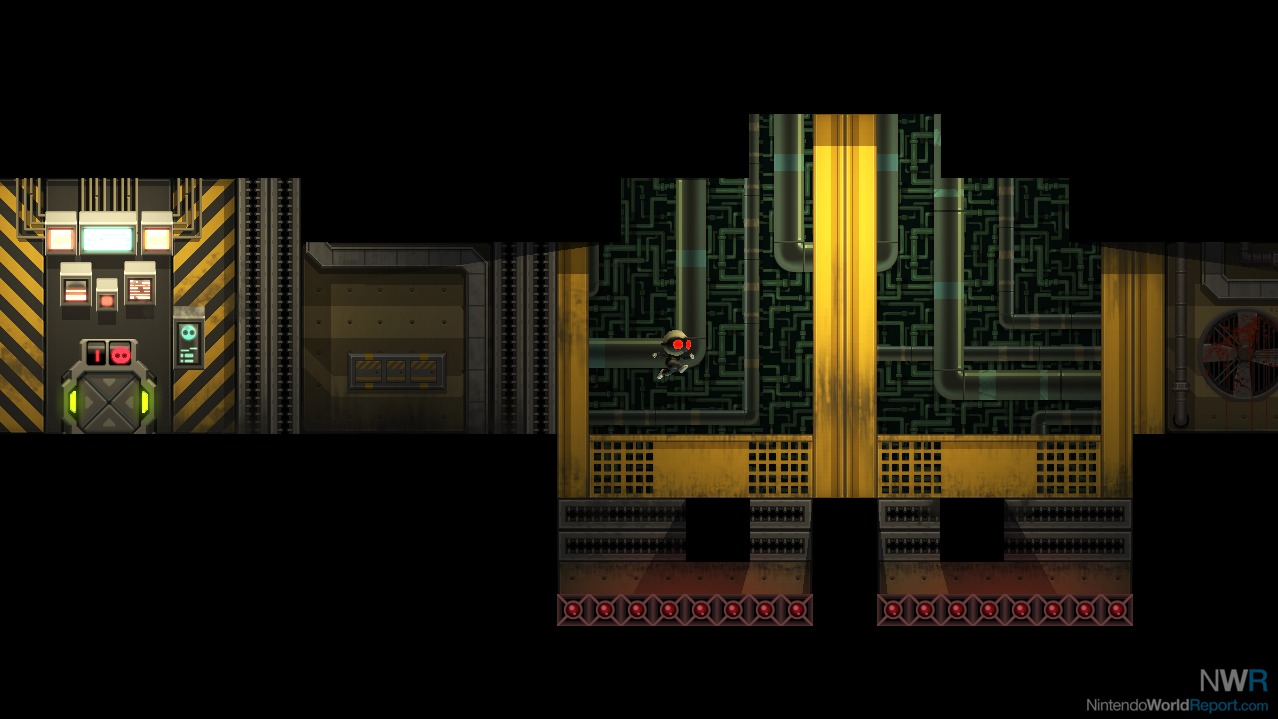 The biggest difference between this game and the original becomes clear from the moment you hit start. While it retains some of the mission structure found in the first game, you have a bigger, Metroid-esque world that connects one place to another. This set-up is the main focus of the opening, which teaches you the mechanics. You will have to walk, jump, grab ledges, press switches, and hack terminals to overcome the game's beginner class. Stylish text gives instructions in the background, and danger seems always imminent. Robotic dogs, security cameras, and pits of doom want you dead, and the tutorial becomes a twitchy test of your reaction skills.

After learning the ropes, you are thrown into the first test chamber, called ''Forever A Clone''. Here you learn what the tests are all about, which is solve the puzzles and get to the finish in the fastest time possible. The chamber itself didn't prove that much of a challenge, hopping from ledge to ledge whilst avoiding lasers. It isn't exactly something you will get right on your first round. Your performance card at the end includes the completion time, number of deaths, and the times you have been spotted. These results can be compared with others through the Nintendo Network, due to the inclusion of online leaderboards.

The second test, named Occupational Hazard, is already more substantial. You work together with a CPU clone by pressing switches. This sounds easy enough, until a boulder drops on your head. From that point, I was more careful with every step that I took. How did that go? Terribly. Lasers and death switches surprised me and raised my death count to four. The funny thing is that it never wiped the smile off my face, and I just wanted to push myself to the next checkpoint.

Another challenge is called Gutter Press, which teaches you about using shadows to your advantage. When you are in a bright light, it is easy to be spotted by all the enemies around. You need to sneak past that security camera and keep your cool, and that requires some snappy movement. One of the early puzzles plays a mean trick, in which you have to stop the shadow in the middle of a room above said camera. It is the only way you can hack a terminal and continue onward in the chamber at hand. Another tricky moment is when you are forced to walk towards a security camera, which results in the room becoming smaller and smaller. I had to find a shadow spot before I was toast!

The final test chamber that I will cover today is Clouded Judgement. You use steam here to hinder the sight of obstacles, and this makes it easy for you to pass them by. Along the way, you have to activate a ventilation system, which sends the steam all across the stage. The window of time available becomes shorter every time, and you need to use your platforming skills to overcome the final moments. After the four initial stages, you are rewarded with a shiny costume item. The first prize is a Viking hat, which I equipped in an instant. With that craziness out of the way, a new passageway through the massive overworld awaits, and it leads to places unknown. 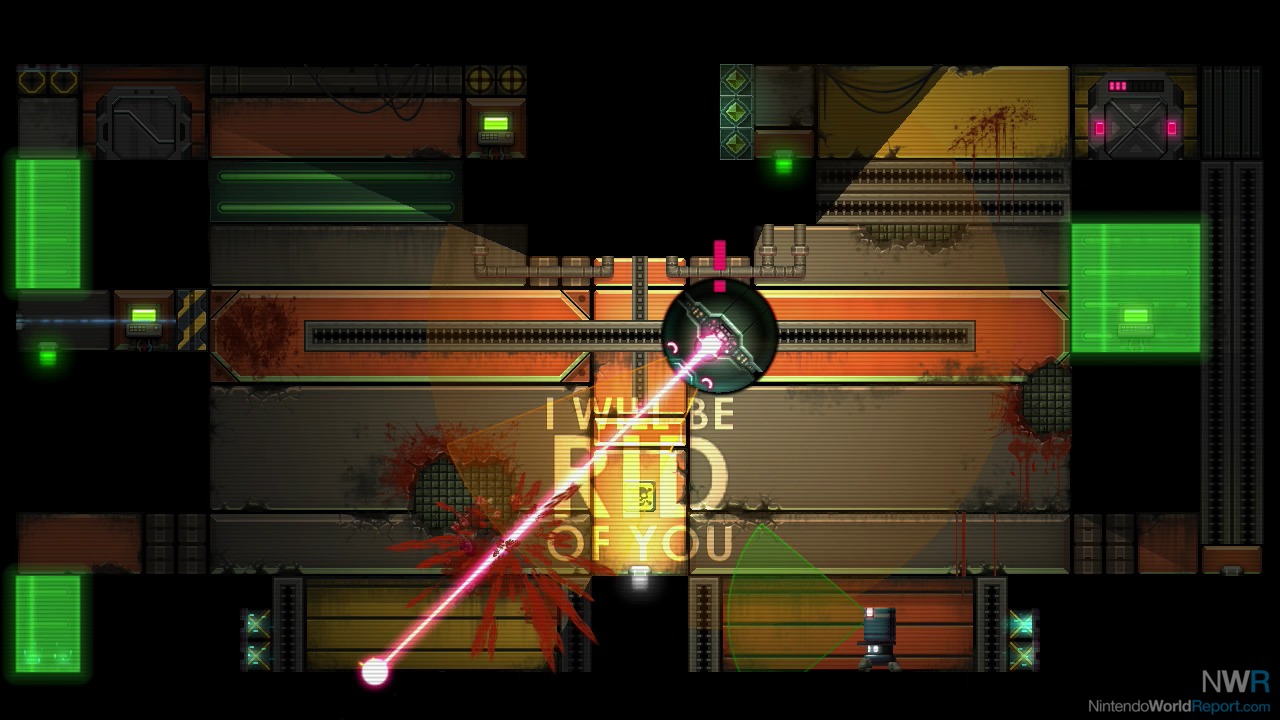 Stealth Inc. 2 does not use the Wii U GamePad in many ways, but you can look at a map and go through other options. It does not greatly tie in to the gameplay, except maybe for Co-op, but the touches are at least neat. The game has a stylized look, which is entertaining to behold. The game is dark, atmospheric, and very engaging all at once. The deaths of the clones are presented in a slapstick manner, but I couldn't help being sad at my own incompetence.

Stealth Inc. 2 continues to impress, and it brings me so much joy when I play it. The game tests your skills and lets the brain do some serious thinking about the puzzle at hand. The game feels tight, very responsive, and at home on the Wii U with its bigger scope and ever expanding game world. I want to get back in right now and explore it even further!