The Fit Meter is novel, and the activities are still fun.

At a recent Nintendo event, we had the chance to check out the new Fit Meter and play two of Wii Fit U's new mini-games. Wii Fit U is coming to Wii U in download form on November 1. 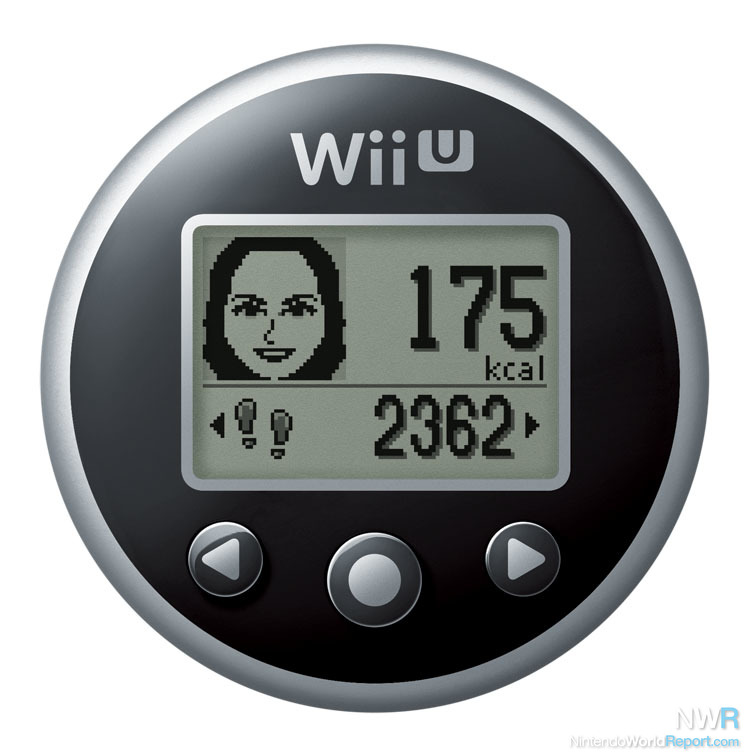 Likely based on old school Pokéwalker tech, the Wii Fit Meter has a number of simple low-resolution readouts that can be scrolled through with the face buttons, including your Mii with a Calories burned count, distance walked, elevation, temperature, and tiny graphs of changes. Yes, there's even an altimeter, so that not just steps, but grade is calculated, and it's at least sensitive enough to detect at least a few feet of change. It can also detect when you're in a vehicle so as to not inadvertently credit you for physical activity.

The meter transfers data through the infrared port on the top of the Wii U GamePad so that you can get accurate credit for your real life activities in your Wii Fit U log rather than entering and estimating it manually. You're provided with a more detailed view than what's available on the meter. In Wii Fit U, you can set both distance and elevation goals, which are graphically related to the scales of various worldwide locations, such as city marathons like Chicago's and mountain climbs like Fuji. By tracking your activity with the meter, you can complete these challenges and even share your stats with communities of your choice, allowing you to compete in virtual marathons with others. Though a bit annoying to have to carry another device, it's a good way to encourage fitness by capturing real world data, it's small and cheap, and you get a free copy of the game if you buy it.

Puzzle Squash is a Wii Fit U mini-game that mixes the Wii Remote Plus with the Balance Board. The objective in Puzzle Squash is to gain a high score, and of course, to burn some calories. The back wall of the court is filled with different colored blocks and hitting those blocks with the ball will earn the player points. However, the score is multiplied if the block the player hits is connected to blocks of the same color. This means that trying to place the ball correctly does matter. After blocks are hit, they vanish and more blocks, which can be seen above the playable field, fall down to fill the gaps.

Hitting the ball plays out similarly to Wii Sports Tennis, relying mostly on timing. However, ball placement isn’t all the player has to worry about. If the returning ball is far away from the on-screen character, the player must then shuffle their feet back and forth in order to run to the ball’s next location. The player is given three misses with the racket or until time runs out in order to accumulate a high score. Puzzle Squash may not be the most challenging or strenuous game, but it is enjoyable. I think it will easily make a nice addition to the Wii Fit roster of mini-games. 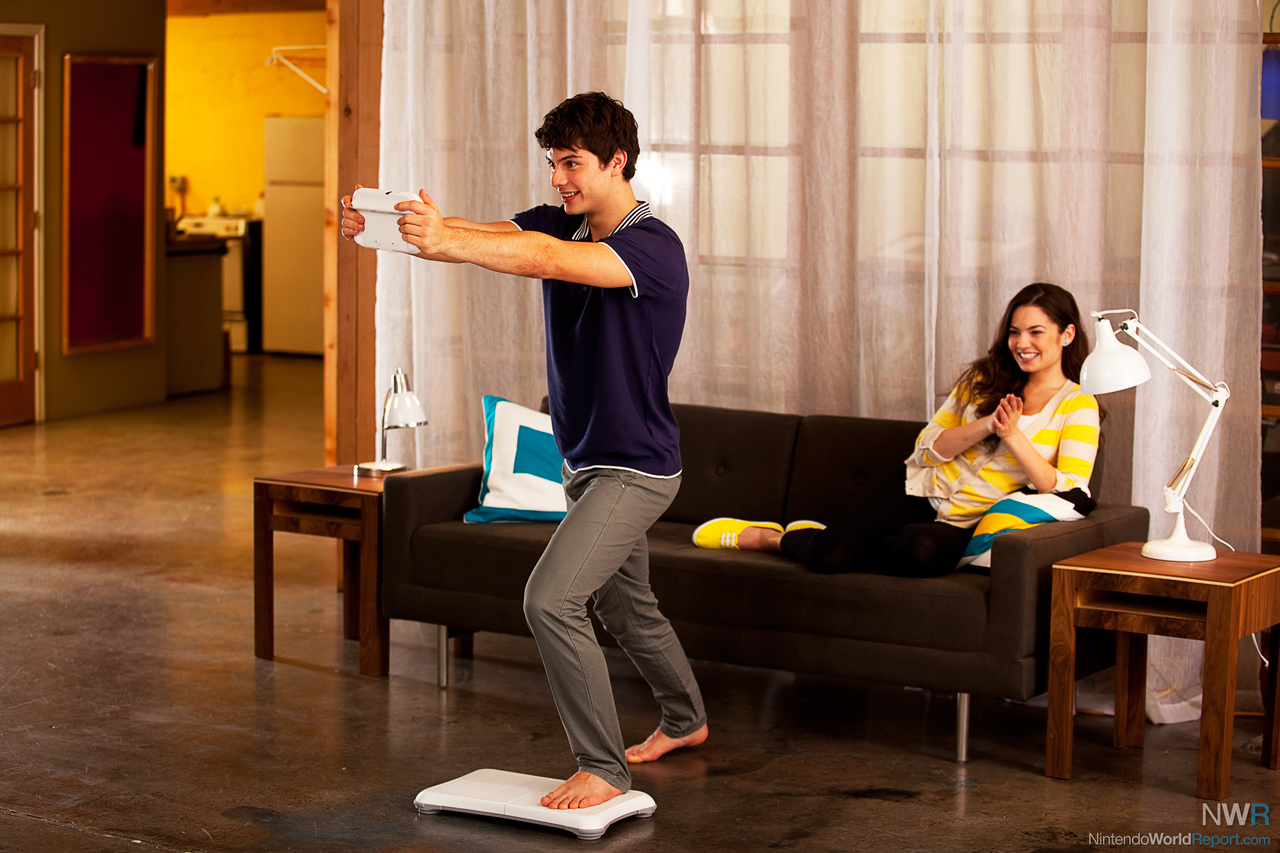 Another Wii Fit U activity we played was rock climbing. This one was a bit weird in that unlike its source material, it isn't very strenuous. Basically, it is more geared towards coordinating movements. It actually uses two Wii Remote Plusses in conjunction with a Balance Board. With a Remote in each hand, you must move your hand toward a grip and then latch onto it by pressing the B button. You then make stepping motions on the Balance Board to pull yourself up.

Some rocks allow both hands to grip them, but most are limited to one. If you wait too long hanging by one hand, you risk falling off the wall, so you need to plan your movements carefully, while coordinating each hand and foot.  After a bit of familiarization, I was able to quickly scale the virtual wall. I ran into a problem during my climb where one Remote's gyroscope calibration went off-kilter, making it nearly impossible to reach the next rock. But you can reset the calibration by pressing down on the Control Pad. It seems that Climbing could be an interesting activity to get your whole body into rhythm.

The Meter is doing retail for $20 right?

and the game free digitally if I buy the meter for $20 @ retail, right?

Super psyched for this.

I hope that unlike the Pokewalker, the sound (if there is any) stays off reliably (a "lock" functionality would be nice). I had real problem with the sound turning on via buttons randomly being pressed in my pocket, which kept me from wanting to take it places like work. 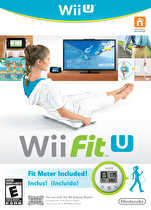