The Legend of Zelda: Ocarina of Time 3D

How does the 3DS version compare with the game from previous times? 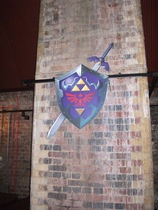 Recently, Nintendo held a special preview event for Legend of Zelda: Ocarina of Time 3DS in one of those achingly cool venues in the heart of London (that only serve to remind me of how uncool I am). The room was decked out with moody green lighting and a fake tree doing a fairly good impression of the Great Deku Tree dominated the centre of the room. The Ocarina of Time soundtrack was played over the loudspeakers, images of Link’s shield were spread all over the walls, and drinks (served up in pewter tankards no less) and nibbles were in ready supply.

The full retail version of Ocarina of Time 3DS was playable, and not the demo version of the game that has been play-tested previously. There were three save slots: one from the beginning of the game, one that started you off just before you enter into the Temple of Time to become adult Link, and the last one from around midway through the main quest with Navi barking at you to investigate the mysterious cloud hanging over Death Mountain. 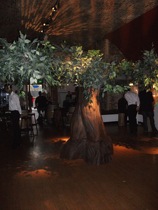 The game itself is just as you remember it and has lost none of its charm over the years. Ocarina of Time on N64 remains as one of Nintendo's best releases for the system and is still a complete joy to play. Little niggles from back then, such as the occasionally unhelpful camera, have made their way to 3DS but thankfully the biggest problem of item switching has been remedied by giving us a touch-based inventory management. It’s a real lifesaver and having that bottom screen is of real benefit. Swapping items on the fly is a breeze and playing the Ocarina is also very easy. It makes the game so intuitive and I can’t help but wonder about the potential for Wii’s successor. If these rumours about it having a controller with a screen on it are true then it will certainly change the way we play adventure games such as Zelda. A dedicated touch screen on your controller that lets you control your inventory and view a map continually, leaving the main screen uncluttered? Sounds like a no-brainer to me.

It is hard not to be taken aback by the 3D effect the first time you see it. Up until now I had always been slightly disappointed by the way the 3DS seemed to be generating a stereoscopic image by showing what looked like progressive layers of cardboard cut-outs, but here it truly is comparable to peering through a window into a real 3D space. Items that you collect leap out at you, and running around Hyrule Field gives you a real sense of the sheer size of the place as you step across the expansive rolling landscape. Heading into the temples generates some real "wow" moments as you see the newly retextured environments, it does a great job of showing off what the 3DS can do. 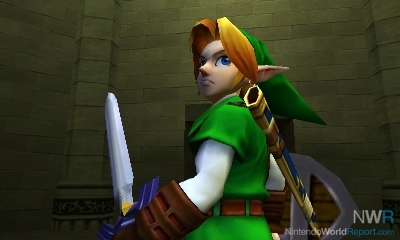 However, 3D is a subjective issue as for every person who has it turned to full, there are others who have it set near the bottom of the scale. For me, the sweet spot is just over half way. I don’t know if it is due to my dodgy eyesight but I often see image ghosting when the 3D is turned all the way up, but it is never enough to detract from the game and it is all down to personal preference.

While I love the way that you can move the 3DS to view your surroundings in first person mode, of course with 3D turned on, you have to hold the 3DS just so in order to keep the visuals intact. So, going into first person view with the 3D turned on means that you have to move the whole top half of your body in order to keep the 3D effect from breaking. Not too much of an issue you’d think, and for those who’ve had a 3DS since launch you’ll have had ample opportunity to get yourself acquainted with this but it will make you look like a raving loony if played on public transport, pointing your 3DS to the heavens, and it’s not exactly the most comfortable of things when playing for extended periods either. Mercifully, you’re also allowed to control the view with the analogue stick. Don’t get me wrong, it's a delightful feature that works incredibly well but I suspect that the longer you play, the more you’ll revert to just looking around with the analogue stick.

What is also immediately apparent is how smart the game looks thanks to the graphical spring clean. Character models are all vastly improved and there are new textures throughout. It really helps to modernise the game and make it look and feel fresh. Colours are vibrant and everything is nice and crisp, but when all is said and done we’re still talking about a game that is over ten years old, albeit redressed for a new console generation. Ocarina of Time is revered as one of the best games of all time, and quite rightly so, but does that justify Nintendo trotting out the game one more time? There is no point in denying it, despite its age, Ocarina of Time is still a master class in game design and the improved visuals, along with the additional content such as the Master Quest once you’ve completed the main game, the Boss Quest when the adventure is over, and adjustments to the inventory system only re-affirm the belief that this is nothing less than an essential purchase.

Also at the event, Nintendo had set up a "nostalgia corner", where some Nintendo 64 consoles had been rigged up to show off the original Ocarina of Time in all of its pixellated glory. It gave the benefit of a direct comparison with how the game has improved in the transition to 3DS. The N64 version appears fuzzy, with the colours washed out of it when compared to this remake. Funny how your rose-tinted memory tells you one thing but the cruel, stark passage of time and technological advancement tells you another! 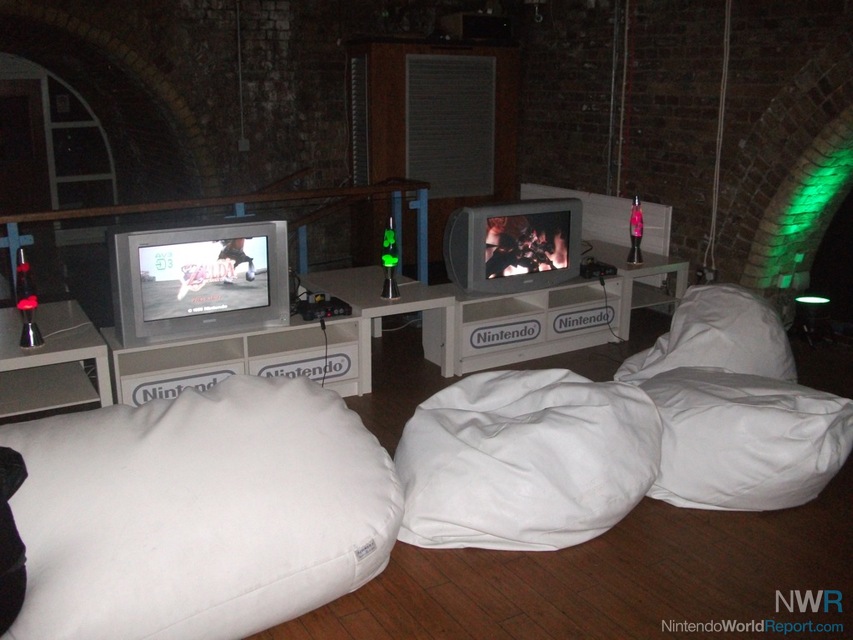 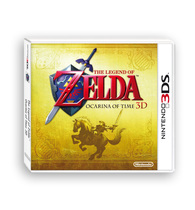