As conventions and expos slowly start to return, two Jordans share a glimpse at what this Seattle-based event had to offer.

The various PAX shows have always provided an opportunity to see and play in-development games from indie developers and large studios alike, and this year's convention, although smaller than in the pre-pandemic years, still had a strong and diverse range of titles available to demo. Of course, not all of what we played has been confirmed as coming to Switch, but we do know that the first three games described below will be on Nintendo's platform in the near future. Read on for some light impressions of six games we played at PAX West this year. 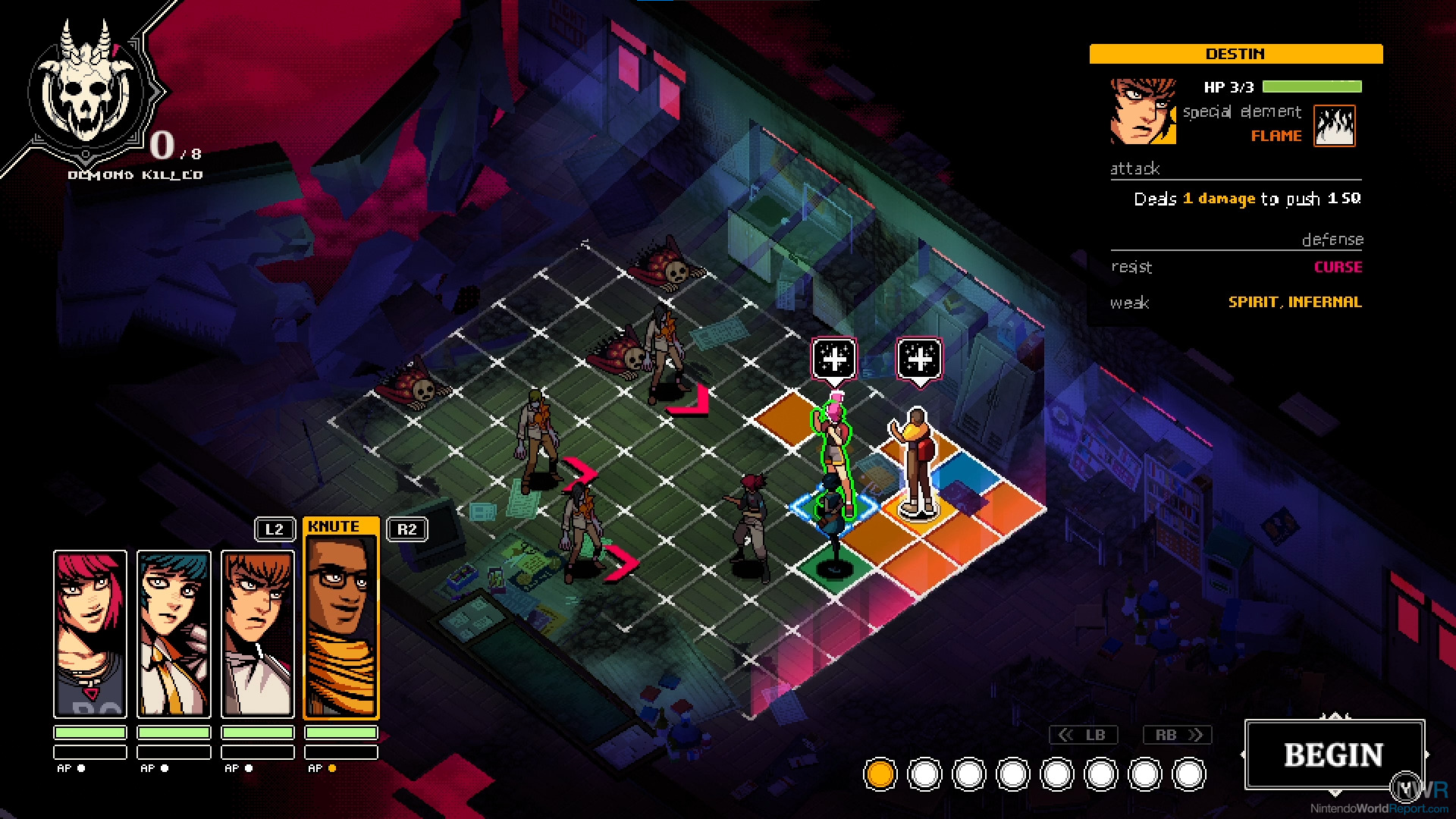 Confirmed as coming to Switch in 2023 is turn-based tactics RPG Demonschool. With gameplay reminiscent of Into The Breach but featuring students and a mysterious island, the horror vibes were palpable during the two demo segments I played. My party of four took on a giant skeleton-like enemy whose brains would spill out of its cranium to produce a giant eyeball, its one weak point, with the requisite blood gushing and sound effects creating a very visceral moment. Battles involve a planning phase where you can actually see the outcome of your actions before finalizing them; you can even rewind your steps during the planning phase. After the planning phase, the actions you’ve selected play out and enemies take their turn. One neat feature is that the non-boss encounters of the demo had a set number of enemies I needed to take out before moving on, with more appearing every turn or so. Outside of combat you travel to different environments to speak with your fellow party members, and you can complete side quests and raise relationships with those in your party. The combat seems to have a bit of a learning curve, and I’d like to see the planning phase be a little more intuitive and with a stronger presentation, but I’m definitely intrigued by Demonschool and eager to see more. 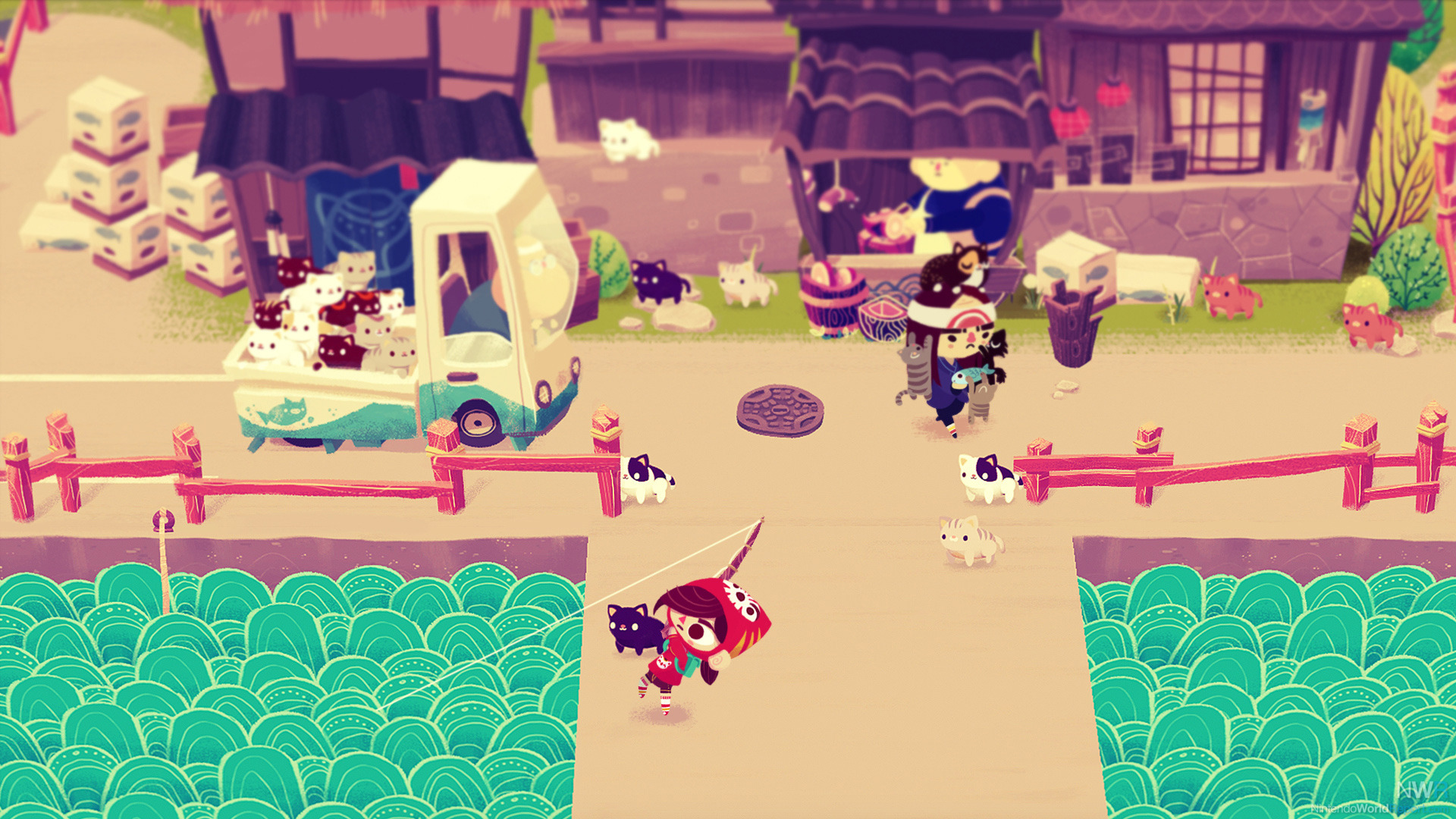 Initially announced in 2015, Mineko's Night Market has been a long time coming, and it seems like it might be getting close to an actual release. In the PAX West demo, I got to play what was likely an early part of the game where Mineko had the chance to meet her fellow townsfolk. After receiving a crafting bench, I set out to collect flowers growing around town and craft my first item. One aspect of the game is that you create items to fulfill requests from your neighbors, who in turn reward you with more crafting recipes. I didn't get a chance to participate in the titular night market, but it was made clear that you could also bring your handmade goods there to sell. In the second half of the demo, I took a bus to a park to collect more flowers, only to find it crawling with men in black suits who were guarding caged cats. In what turned out to be a light stealth segment, I needed to navigate around these captors to free the kitties, which allowed me to collect a relic at the north end of the park and force the men in black to shove off. Mineko's papercraft look and pop-up book style are endlessly cute and charming, and it seems like the gameplay and story might have more variety and depth than an initial glance might suggest. I already had the game on my radar, but going hands on confirmed that Mineko has the potential to be something special and worth the long wait. 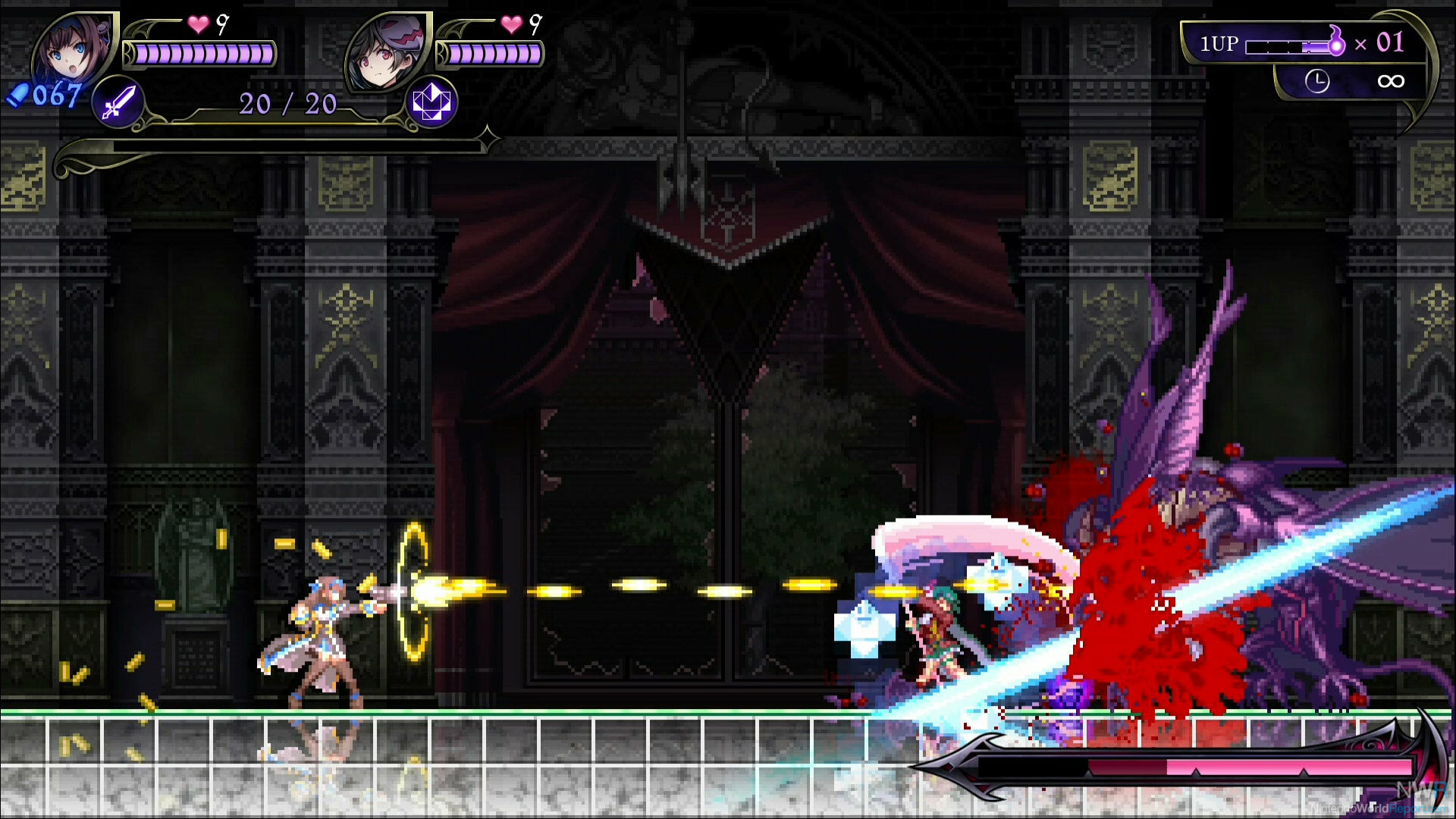 Well known for their retro-inspired action platformers, Inti Creates only recently announced Grim Guardians, so it was a little surprising to see it at their PAX West booth. This is one of the few demos actually running on Switch hardware as well. We played through the 20-minute demo in co-op, with me as the ranged Shinobu and Jordan Loades as the melee-focused Maya. The two demon hunting sisters look great in all their pixelated glory, with the game aiming for the handheld Castlevania aesthetic from the GBA and DS releases. While the gameplay could feel a bit stiff at times, with no dedicated dodge buttons and Shinobu not being able to jump and shoot as you might expect from an Inti Creates title, the music and presentation were clear strengths. Maya has the ability to crawl into confined spaces, and both sisters can transform into a floating mask to be instantly teleported to the other. There’s a funny resuscitation animation when one of the sisters revives the other one, too, and it would appear that Grim Guardians is going to be one of those experiences that is built around playing with a friend. We’re eager to see more of this one in the coming months. 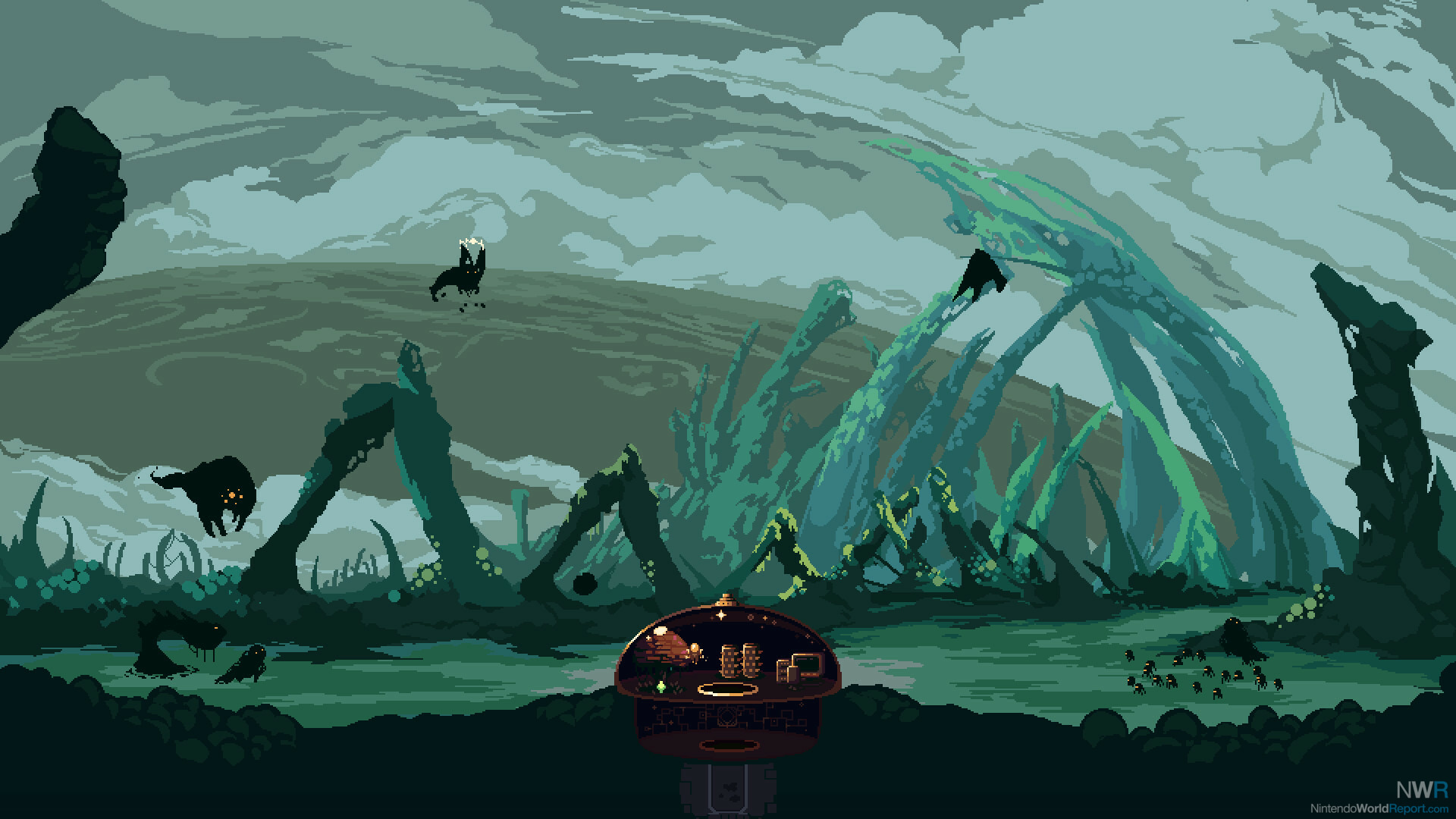 Dome Keeper is a 2D base-building roguish/horde mode mashup with two phases to the gameplay: mining the depths below your dome into the planet's core and defending yourself from waves of enemies. Gameplay for the digging seems to be relatively standard, collecting resources to upgrade your base or mining capabilities. Defending the dome featured a stationary turret for the demo and although I was unable to experience the later levels of nuance, this is where the visual splendor of Dome Keeper shines. Silhouetted monsters keep the pressure on and fear of failure tangible as they endeavor to break into your dome. 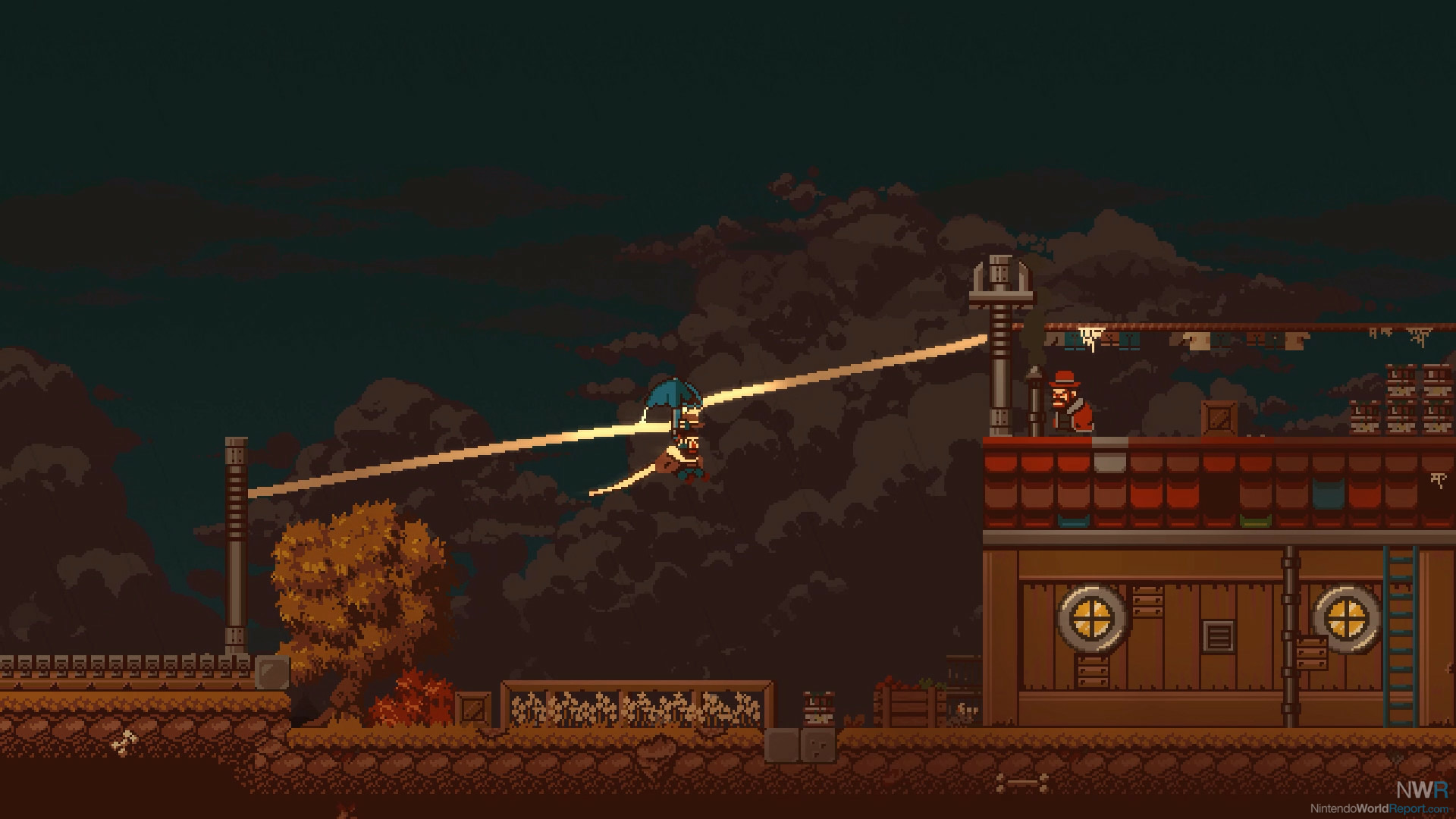 What seems to be the perfect weapon for a platforming hero, the gunbrella itself is the star of the show here, as you might expect from the title. Free directional shooting, enhanced/floaty movement, and a blocking mechanic all factor into this one. Gunbrella’s stylings and gameplay seem top notch. With a faster speed than expected even after viewing initial trailers, it nearly gives off Hotline Miami vibes in its hit and run playstyle, except now conformed to a platformer. Gunbrella looks to have everything going for it, and we can’t wait to see and play more of this Devolver-published title. 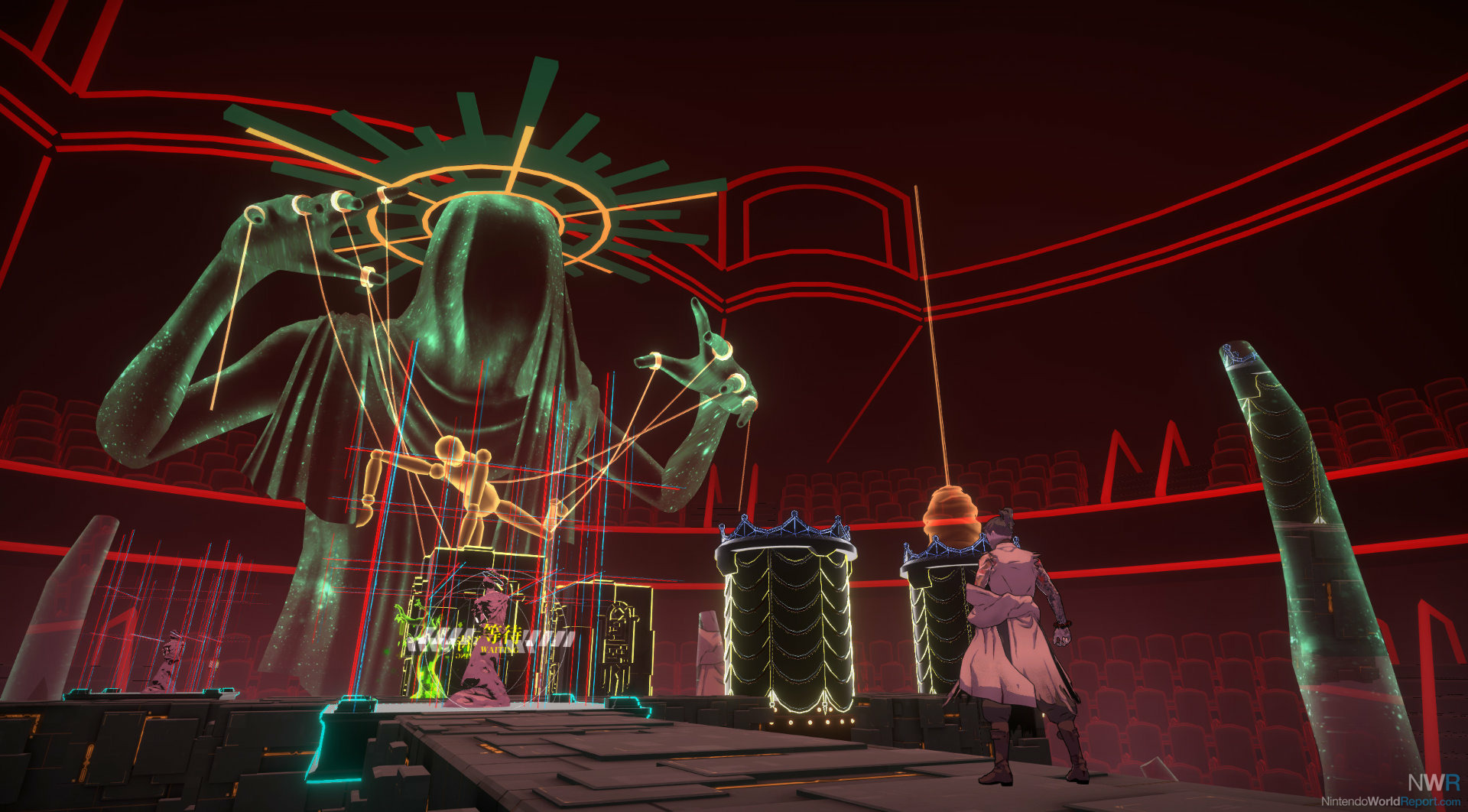 At PAX West this year, we were also able to check out an early build of Mato Anomalies (actually described as pre-alpha). It features a detective noir world akin to Blade Runner but trades in the L.A. setting for Shanghai. Gameplay is broken up into dungeon crawling segments with traditional turn-based RPG mechanics and a hacking segment where you go into an individual's mind and play a card game to manipulate their thoughts. Both game types in the demo were very simplistic and limited due to mechanics still needing to be fleshed out. The characters and story are intriguing with a visual novel style presentation for dialogue segments. There's a lot of work to be done before Mato Anomalies becomes something to add to your wishlist, but the bones in place are promising.