What's Next For Fire Emblem?

Aside from more Heroes powercreep, we mean.

The “prime years” for professional athletes tend to be centered around the 30th birthday, and the same is true for the Fire Emblem franchise. And it’s had a heck of a 2020 - putting another character in Smash, being a top performer in Nintendo’s mobile plans, having Three Houses become the unquestioned market leader in strategy RPGs, and even managing to launch the original Famicom game localized in the West on the day this (video) goes live. But with all this success in the rearview mirror, the question becomes just what mountains are left for Fire Emblem to climb?

Or to put it more simply...

The elephant in the room is what the follow-up game for 2019’s Three Houses would be. Whatever it is, there’s a lot to live up to: Three Houses is by any metric the most successful game in the history of the franchise, or in the entire strategy genre on consoles. After being included in Nintendo’s Black Friday sales this year, there’s no doubt that it’s growing the lead over both its 3DS predecessors Awakening and Fates as well as the legendary Final Fantasy Tactics. Series developer Intelligent Systems has also had a major game launch in 2020 with Paper Mario: The Origami King, which as of Nintendo’s last financial results had shipped over 2.8m copies - and the launch of which would free up some development bandwidth, though most of the credits for The Origami KIng are similar to the credits for 2016’s Color Splash right down to help from Vanpool. Koei Tecmo, who did a lot of the heavy lifting on Three Houses, have a new collaboration with Nintendo coming out in Japan next month called Buddy Mission BOND, as announced in the home version of the final Nintendo Partner Showcase of this year. We don’t know who at Koei Tecmo worked on the game, but it’s not inconceivable that some of the Three Houses staff are going to go gold with a new game sooner than later. Some of the senior staff at IS are also involved in managing Fire Emblem Heroes on mobile. 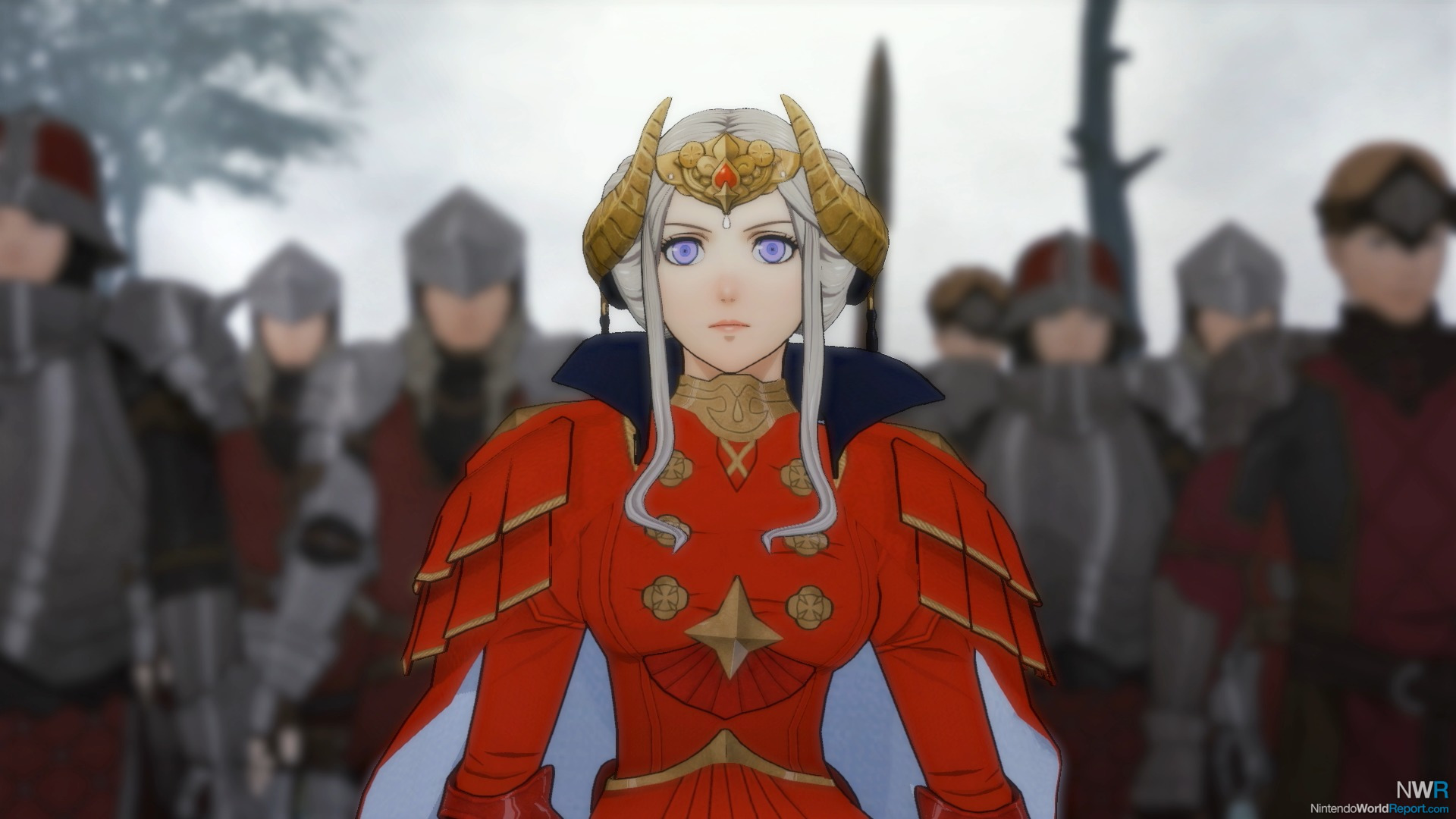 There are plenty of options for what the next strategy game from Intelligent Systems would be, though the odds of a new “Wars” game are slim and only shrinking over time. Three Houses’s story leaves the door open for new games in its universe; a prequel in the time before the creation of Fodlan’s houses, a time skip interquel set elsewhere in the world, or even a sequel that could focus on a new uprising. The last of those is the least likely, however, as a Famitsu interview prior to Three Houses’s launch confirmed that they were trying to avoid the kind of “golden ending” the Revelations campaign of Fates provided. It also wouldn’t make sense to pick one of the paths through Three Houses as the “canon” one in a sequel, because it’ll only serve to annoy somewhere between ⅔ and ¾ of the LARGE Three Houses audience.

Fire Emblem has a history of doing interquels; there’s an entire Super Famicom game that’s set in between portions of its predecessor, and Three Houses takes place on one part of a much larger world that could be fun to explore with a new set of units. Or they can lean into nearly 1200 years of in-game history: after the opening of Three Houses, I definitely wanted to play as Seiros and punch Nemesis in the face personally. It’s entirely possible they could disconnect from the world of Three Houses; Fates’s countries haven’t been run back yet, so it wouldn’t be the first time in recent memory that a continent has been used for one game and that’s it. A new continent could also give them freedom to remove controversial elements of Three Houses such as the strict calendar system and focus on base exploration that even superfans who have unlocked every support in the game find annoying.

For a three decade old series, Fire Emblem has had less remakes than would be expected. Shadow Dragon was remade for the DS, and was also remade in part for 1994 Super Famicom title Mystery of the Emblem. Mystery was itself remade - in Japan only - in 2010, and the Famicom’s Gaiden was remade as Shadows of Valentia for 3DS in 2017. But unlike series like Donkey Kong or Metroid, Fire Emblem has a built-in marketing program for remakes if they choose to use it in the form of the mobile game. And there’s arguments to be made for remaking almost every pre-3DS game. (Sorry, Sacred Stones fans.) 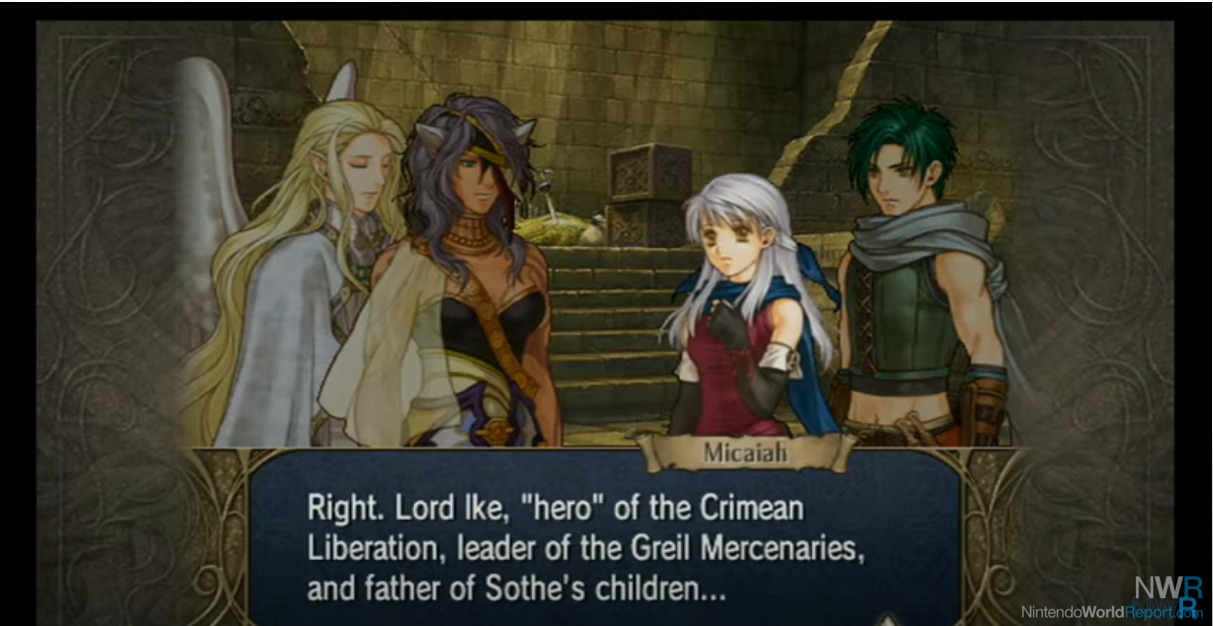 Is this funnier said by Ash Ketchum, or Manuela?

The “Radiant” games, Path of Radiance and Radiant Dawn, seem to be the most likely titles to receive the Super Mario 3D All-Stars treatment. They’re even from the GameCube and Wii, so the tech would be right there. However, they’d be likely to add in modern functions like rewinding because if they did it to a Famicom game, it’s clear that these are considered part of the franchise at this point. Ike is still one of the most popular characters in the franchise, so there’s a natural character to focus on in marketing. Its conversations about race - or species - would be in the zeitgeist now, and there is a very strong peripheral demographic potential. Most importantly, there’s little to no chance they’ll stick it the week before a Mario Galaxy game and on a platform people actually bought unlike the initial releases.

In an interview with The Verge around Shadows of Valentia’s release, director Kenta Nakanishi stated that the next game he would want to remake is the first Game Boy Advance game - now known as The Binding Blade. As a Smash fighter Roy is the easiest hook, but it’s also possible to point to the presence of characters from the first localized Fire Emblem so there’d be appeal for longtime Western fans. It’s also the one that basically crippled the main character for a good portion of the game and had some of the most annoying unlock requirements in the series for characters, so it needs modernization perhaps more than any other game. I for one will replay Fire Emblem games a lot, but playing through a game nine times for one character is too much even for me.

If Nintendo really wants to appeal to their home market of Japan, then the best game to choose for a remake is also the oldest title that has never been remade: 1996 Super Famicom title Genealogy of the Holy War. It’s still the best selling game in the series in Japan, and in a 30th anniversary poll in Famitsu magazine it was selected as the best game in the series so it has plenty of hardcore cred. For what it’s worth, Genealogy units also perform far better in Heroes orb sales than would be expected from a Japan-only game. For Western fans, the structure is the most similar to Three Houses with its timeskip, and it would have appeal with A Song of Ice and Fire / Game of Thrones fans for its conflict. And content, but we’ll leave it at that.

Genealogy would also come with the natural end to a beefy expansion pass: the former Satteliview title Thracia 776 which released on a Super Famicom cart in 1999. Most people have never played it; it’s the lowest selling Fire Emblem franchise game that wasn’t made by Atlus and only received a meme-free fan translation in 2019. It’s best known as the home game for Heroes free-to-play god Reinhardt - and if that man isn’t made playable in a remake, I will be absolutely floored.

The last possibility for a remake is to take another kick at the Mystery of the Emblem can. There’s clearly a will to do it in North America, or we wouldn’t have had such a focus on Marth in the announcement trailer for Shadow Dragon and the Blade of Light’s localization. As we get farther away from the April anniversary the odds dip a little bit more, but it still wouldn’t be surprising if we get a chance at the sequel at some point down the road. There will be a temptation to tie it into Awakening somehow given the two millennium difference between the two games, but it still wouldn’t be the worst thing they added to a remake. Right, Kris?

There’s also the temptation to sit back and let Heroes money roll in. Although it’s facing down strong challenges from Mario Kart Tour in general and Animal Crossing Pocket Camp this year, Fire Emblem Heroes was still Nintendo’s top-grossing mobile game according to mobile analytics firm Sensor Tower at roughly $8m US across iOS and Android in October 2020. It’s about to kick off a new story “book” in a few days, which means more original characters to sell, and there’s still many popular main series characters that need to get into the game somehow. When will it finally be Deduesday? Who knows, but hopefully soon. The game’s fourth anniversary is coming up shortly, so it’ll be interesting to see if there’s any major changes that come to the game around then. Last anniversary brought the controversial “FEH Pass” subscription plan, so the hope is 2021 sees something a little more palatable that can still convince players to hit their PayPal accounts.

As Fire Emblem prepares to enter decade number four, it’s at an interesting crossroads. It can move forward and hope for greater success, double back and try to pick up a fanbase that was lost along the way, or just keep going whale hunting. Whatever Intelligent Systems and Nintendo elect to do, it will be controversial - but it certainly won’t be boring. And with Three Houses’s success in the back pocket, IS can afford to take risks and get messy.