(Author's Note: I meant to post this in the days leading up to Halloween, which means I'm exactly one day late, so that's why I have a few Halloween references in this article, but I already recorded the audio so I'm reluctant to rewrite it!)

Love or hate the term, “Metroidvania” games have exploded in popularity. Once regaled to a subset of 2D platforming games, this sort of level design has infiltrated almost every major genre. Control and the Batman Arkham games are 3D Metroidvanias, Hollow Knight is a 2D Metroidvania with strong Dark Souls elements, and even the Pokémon RPGs, with their HMs conferring Metroid-like ways to access previously-blocked areas, scratch that itch. As most of you know, of course, “Metroidvania” is a (often maligned) term coined to describe the level progression of games like Metroid and the Koji Igarashi Castlevania series. These “Igavania” games, which started with Symphony of the Night, are almost all excellent Metroid-likes in their own right. What with the vampires and werewolves, October seems like a perfect month to share my own personal list of the “Igavania” games, from worst to best. 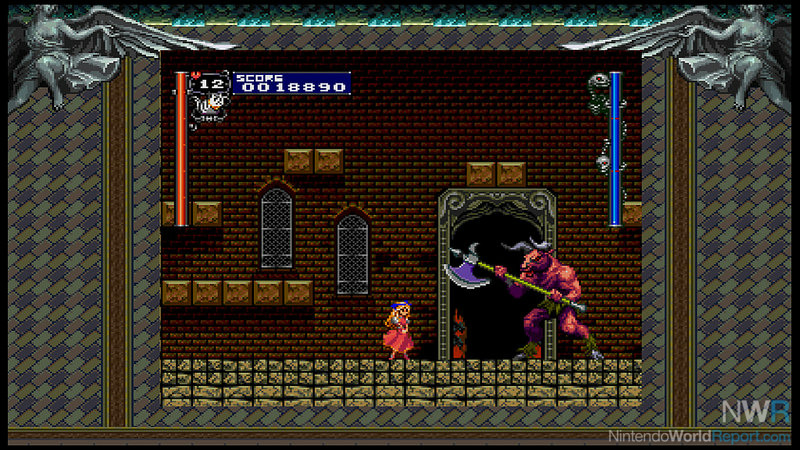 Now this isn’t technically an Igavania game. In fact, Igarashi didn’t work on this one at all (but his wife did). However, it is a direct prequel to Symphony of the Night, and in fact that game begins at the end of Rondo of Blood. This is also where a great many boss and enemy sprites originate that would be brought forward to future Igavania titles. In addition, it’s where the series started experimenting with level progression. Richter Belmont can find alternate paths through each level which result in different bosses and minibosses. The original game is fantastic and probably represents the best of the “traditional” 2D Castlevania games. Dracula X, an SNES version that’s available on Wii U Virtual Console, is a terrible “demake” that’s just ridiculously hard and should be avoided at all costs. The PSP remake (Dracula X Chronicles) is ostensibly a 2.5D remake of Rondo of Blood but also includes the original PC Engine version as an unlockable (Symphony, too). Sadly, since the PSP store has gone the way of the dinosaur, you’ll have to try and find a physical copy…and a working PSP. 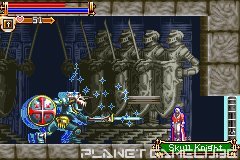 The funny thing is that Harmony of Dissonance was Igarashi’s attempt to recreate Symphony of the Night on the Game Boy Advance. This is understandable; Harmony was his first Castlevania game after Symphony, and he did not appreciate the dark colors of Circle of the Moon (none of us did). Thus, his first order of business was to make everything neon. The protagonist, Juste Belmont, wears a bright red coat and has a bright blue shadow following his every move. Every background and enemy is a garish tone; it’s an ugly game. Harmony does manage a gaming impression of Symphony, even including a poorly-implemented second castle (though not inverted). There are a lot of things holding Harmony back, including an unusually obtuse map, disappointing soundtrack, and some bizarre equipment decisions, like having to equip certain items to unlock doors (a carryover from Symphony). Thankfully, Igarashi must have learned from this experience, because his very next Castlevania game is much higher on my list. 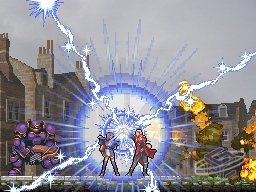 One of the hallmarks of Igavanias is that they try to recycle sprites from past games whenever possible. Portrait of Ruin, however, actually recycles its own assets. Interestingly, Portrait is a sequel to Castlevania: Bloodlines (on the Genesis) and stars two characters—Jonathan Morris and Charlotte Aulin—who the player controls simultaneously. Jonathan is a physical fighter who has inherited the Vampire Killer whip, while Charlotte is a magic-based mage. They explore a large, open castle that contains many paintings which are portals to smaller individual levels a la Super Mario 64. Each tileset is used twice, but palette swapped. Since you’re dealing with two characters, you wind up spending a lot more time in the equipment screen, which is a pain, and this game just generally seems to be going through the motions. It’s also unusually ugly considering it follows Dawn of Sorrow, which is beautiful. Instead, Portrait of Ruin looks more like a cancelled GBA game. Order of Eccelsia would greatly improve Portrait’s level progression.

6. Bloodstained: Ritual of the Night 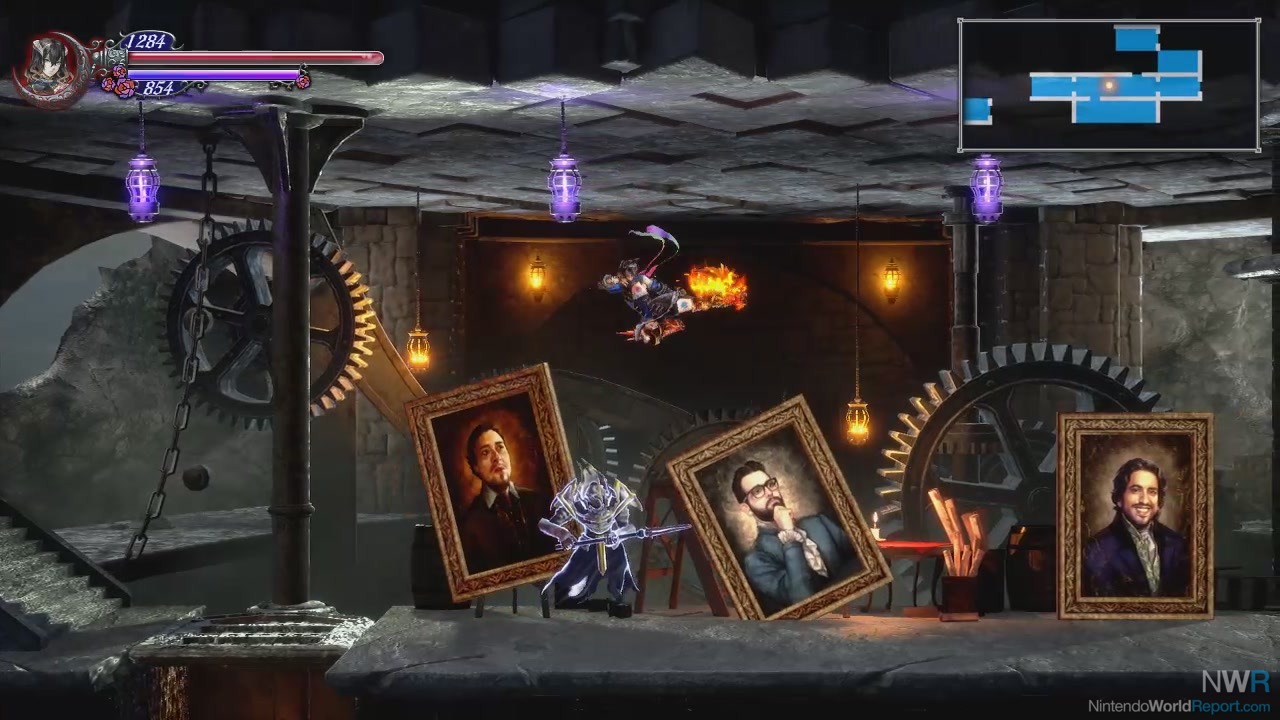 It may not have the name Castlevania on the box, but make no mistake, Bloodstained is an Igavania game through and through. After he was let go from Konami, Igarashi launched a Kickstarter that broke records and resulted in this lovely game. With a plot and gameplay mechanics that are something of a fusion of Aria of Sorrow and Order of Ecclesia, Bloodstained always feels perfectly familiar. Even the protagonist, a woman named Meriam, may as well be Shanoa. Bloodstained features a large map, though not as large as you might hope, and even more focus on crafting than was in Dawn of Sorrow and Order of Ecclesia, perhaps to the game’s detriment, although I enjoyed it. The Switch version suffers from longer load times and downgraded graphics compared to its Xbox One and PS4 counterparts, but is still worth a gander. You might find some wayward Castlevania characters—with assumed names, of course—if you explore well enough.

5. Castlevania: Circle of the Moon 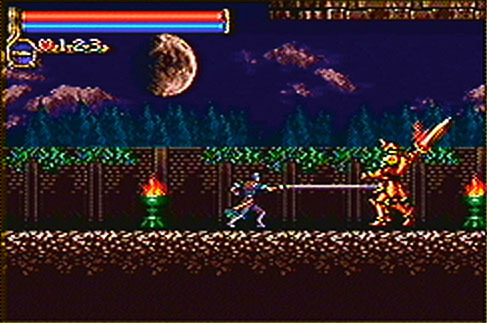 The one Igavania game that did not actually involve Igarashi, Circle of the Moon was a launch game for the Game Boy Advance—the original Game Boy Advance, without a backlight. And so, unless you were sitting directly under a light source, you weren’t going to have a good time with Circle of the Moon. Gorgeous though it was (with amazingly spritwork and enormous areas), the subdued color palette made Circle difficult to enjoy. It did have a wonderful soundtrack going for it, and an interesting, if unnecessarily complex magic system that involved praying that enemies would drop random Tarot cards and then hoping they did something when you equipped them (many did not tell you how to activate the effect). The game is much more approachable on the GBA SP, of course, and on the Wii U. It’s not perfect, but it’s worth checking out. You don’t actually need the spells to win. 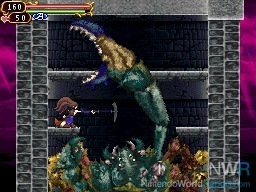 This would turn out to be Igarashi’s final Castlevania title, and thankfully it’s extremely good. The immediate warning, though, is that it’s also extremely hard. Players control a woman named Shanoa who can perform magic attacks by absorbing “glyphs” from enemies and the environment. The trick here is that Aria’s magic system has been upgraded to include basic weapons, as well. There’s also a larger focus on the equipment crafting systems from Dawn of Sorrow. Order’s level progression is also very different—the game’s first half involves exploring distinct levels which, after Shanoa finds various movement glyphs, open up to more exploration (a bit like Shantae and the Pirate’s Curse). The game’s second half takes place in an enormous, traditional Castlevania castle. Ecclesia’s difficulty and magic system aren’t for everyone, and the final boss is a bit of a letdown, but it’s gorgeous and definitely worth a shot if you have the means, although I’ve heard it’s hard to find these days. 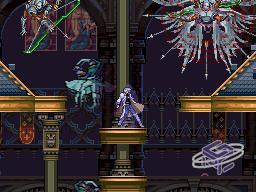 This game, the first of the Igavania series on the DS and a direct sequel to the GBA’s Aria of Sorrow, is very nearly my favorite Igavania game. It’s more or less Aria of Sorrow with better graphics—big, beautiful sprites and great effects—and a killer soundtrack. The level progression is suspiciously similar to Aria of Sorrow but there are several new areas. In addition, an extra unlockable mode lets you take a Castlevania III approach to the game, with Julius Belmont, Yoko Belnades, and the Symphony version of Alucard as they race to defeat the new incarnation of Dracula. Dawn has a bigger emphasis on grinding, as most enemy souls can be leveled up by obtaining multiple copies, and Soma can craft new equipment by combining specific souls and specific weapons. Additionally, because it was a DS launch game, Dawn incorporates some unfortunate touch-screen nonsense: certain blocks can only be destroyed by tapping them, and every single boss must be “sealed” by drawing an increasingly-complex sigil on the screen extremely quickly. Apart from those minor headaches, Dawn of Sorrow is a top-tier Igavania.

2. Castlevania: Symphony of the Night 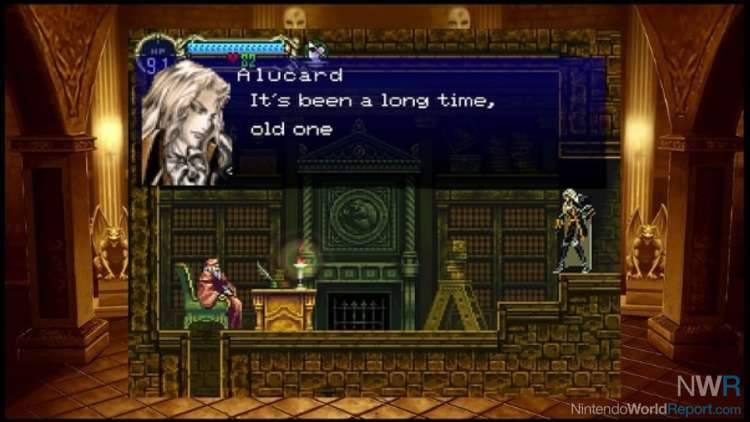 Note that this game is, frustratingly, not available on Switch (yet, anyway). Symphony is the game that transformed the Castlevania series, and it remains an excellent game. Dracula’s castle here is as much a playground as a goal-oriented map to be explored. Alucard can find all manner of equipment, items, magic spells, areas, and Easter eggs, many of which are superfluous, to the game’s credit and detriment. Symphony’s castle is huge—a bit too large for my tastes—and the way equipment is handled is pretty terrible considering how every other Igavania game handles it (except Harmony). Getting around the imposing castle is a bit of a bear considering its size, even with warp rooms, but it’s hard to stop playing Symphony once you start. The PSP version, from the Dracula X Chronicles, is generally considered the best, and was carried forward to the Castlevania Requiem collection for Xbox One and PS4. 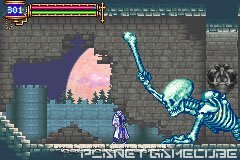 Of all the Igavania titles, I feel this is the pinnacle. It incorporates everything that made Symphony so refreshing, but trimmed all the fat. Aria puts you in the shoes of Soma Cruz, a young man who finds himself transported to Dracula’s castle during an eclipse, who must find his way through the castle and defeat a new iteration of the Count. The game utilizes an interesting magic system in which Soma can absorb the “souls” of the castle’s monsters, each of which confers a different attack/buff/movement upgrade, three of which can be equipped at once. You do spend a good amount of time in the equipment/spell subscreens, but I never felt like it was a pain. Clearly a lot of you did, though, and Igarashi included the ability to hotswap between different builds in every subsequent game. Aria features gorgeous sprite art and a castle that’s large but not too large. The music is also some of the best in the series, although Dawn is no slouch in that regard. Some form of this Aria’s magic system would continue on through the rest of Igarashi’s Castlevania games. If you only play one Igavania game on this list, make it Aria of Sorrow.

Writing this list made me a little bit sad. Konami has largely faded from the video game sphere, although I hope to see an Igavania Collection after the success of The Castlevania Collection. It took a very long time for Bloodstained to be developed, and I believe they’re still working on DLC for it. For his part, Igarashi hopes to continue Bloodstained as a franchise, so I have some hope that Igavania games will continue. What about you, dear readers (and viewers)? What’s your favorite Castlevania game? Let us know in the comments and have (or hope you had) a spooktacular Halloween.

1. The Dracula X Chronicles is still available on the Vita's PSN Store and can also be purchased on a PS3 and than transferred to a PSP via a usb connection. I believe you can also download it on a PSP via your download history if you purchase it on the PS3 to this day.