Including exclusive images of the Switch version in action!

Last week we got the chance to chat with Seth Sivak, CEO of Proletariat, the developer behind Spellbreak. He answered some questions and also shared some exclusive screenshots with us of the Switch version in action, which you'll find throughout this article. Spellbreak is a new battle royale title, a genre that seems to get a little more crowded every year. We asked Mr. Sivak how Spellbreak could differentiate itself from the crowd, to which he replied: 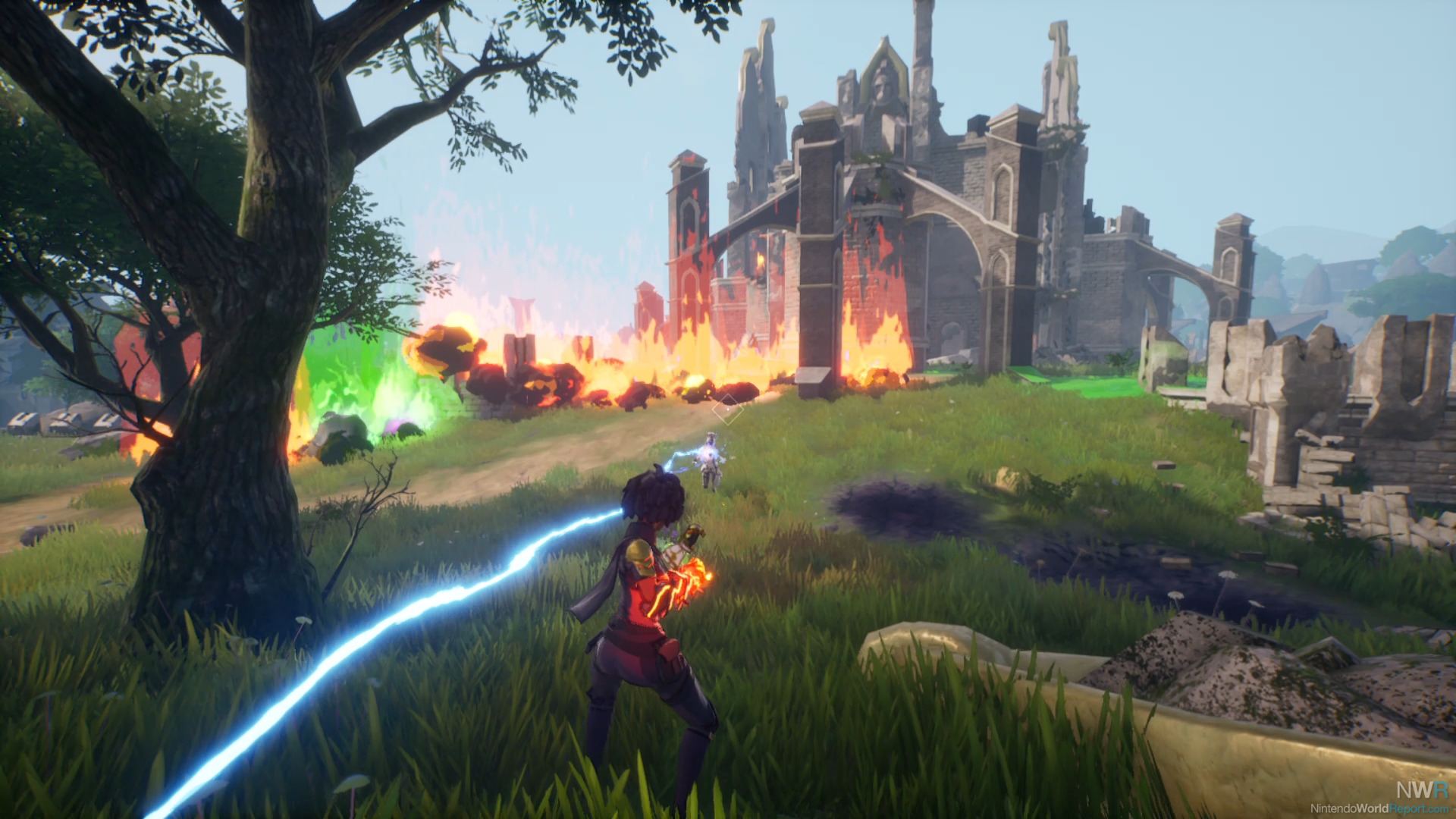 "Spellbreak is very different from the other games with Battle Royale modes available now. Beyond not having guns, the core combat is very different from a standard shooter because every attack is projectile based. On top of that, the movement in Spellbreak is much faster than other games, which gives the game a unique moment-to-moment feel. While the core mode is Battle Royale, players also choose a class before starting a match and then they actually level-up that class as the match progresses. This is much closer to a MOBA than other Battle Royale games. The combat gameplay was inspired by some old-school shooters like Unreal Tournament and Quake. With fast movement speed and projectile based skillshots, players get a chance to feel a unique style of gameplay. The RPG classes and in-match progression were inspired by traditional RPGs and roguelikes."

As you can likely already tell from the screenshots, Spellbreak has a beautiful art style that seems somewhat unique to the battle royale space. Turns out some of the inspirations land close to home for Nintendo fans. 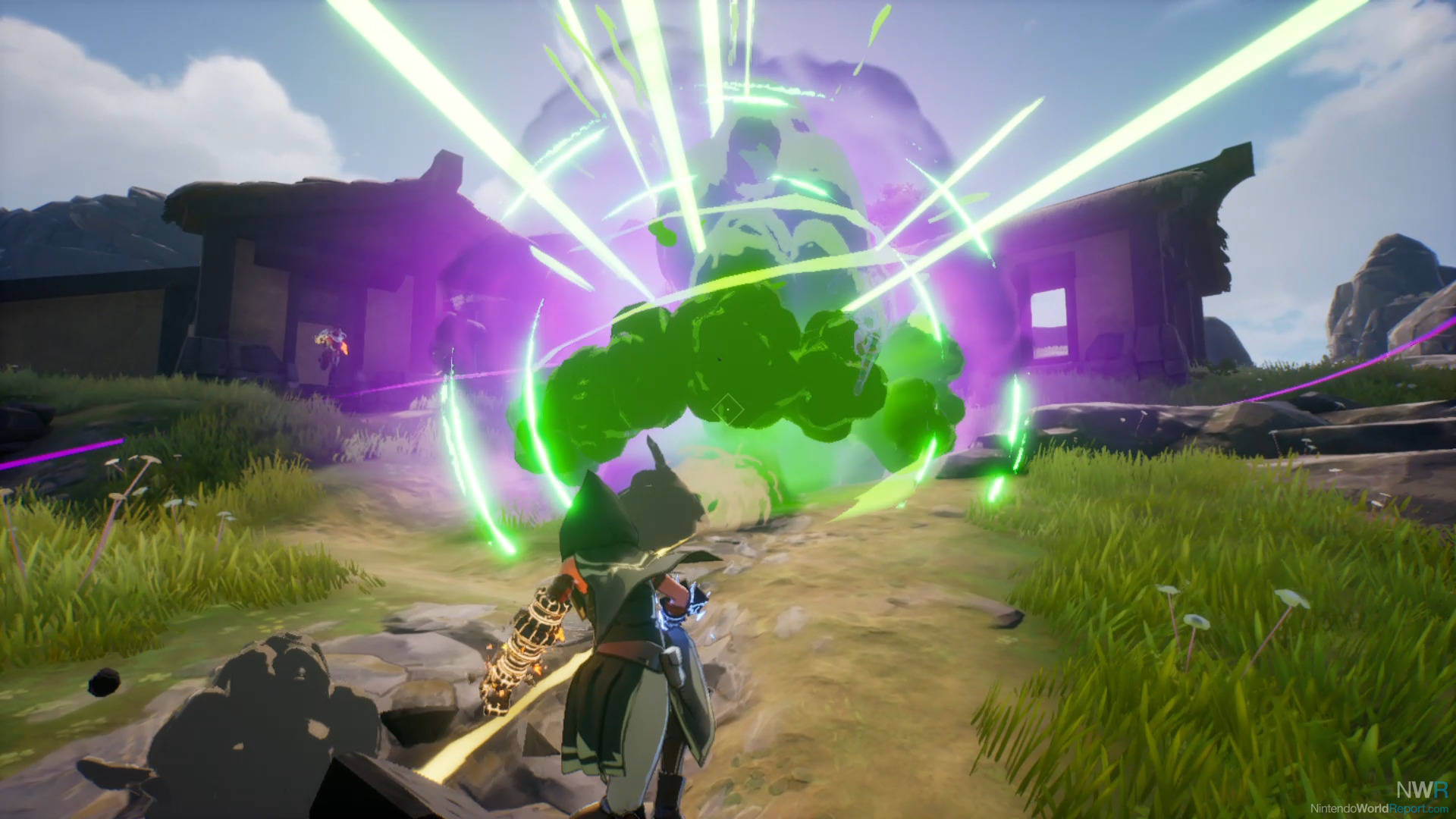 "The art style was inspired by films from places like Studio Ghibli. For the world itself, we looked to games like Legend of Zelda: Breath of the Wild and Shadow of the Colossus. The world, characters, and visual effects are all things we’re very proud of."

While Spellbreak is obviously pitched as a battle royale game, it has another mode called Clash that is a sort of hybrid between battle royale and deathmatch. This means if you die you simply respawn, however it maintains that high battle royale player count. It sounds like a recipe for a faster paced gameplay experience that may appeal to those outside the traditional battle royale fan base

"We always considered the Battle Royale mode as the starting point to deliver a fresh, unique action-spellcasting experience. Clash was built to give players a chance to compete in a non-stop battle. We wanted to reduce the amount of time spent looting and put all the focus on constant combat. The ability to get into lots of fights—both solo and with groups—along with a short respawn timer means Clash has a juicy, fast-paced feel that really scratches that competitive itch." 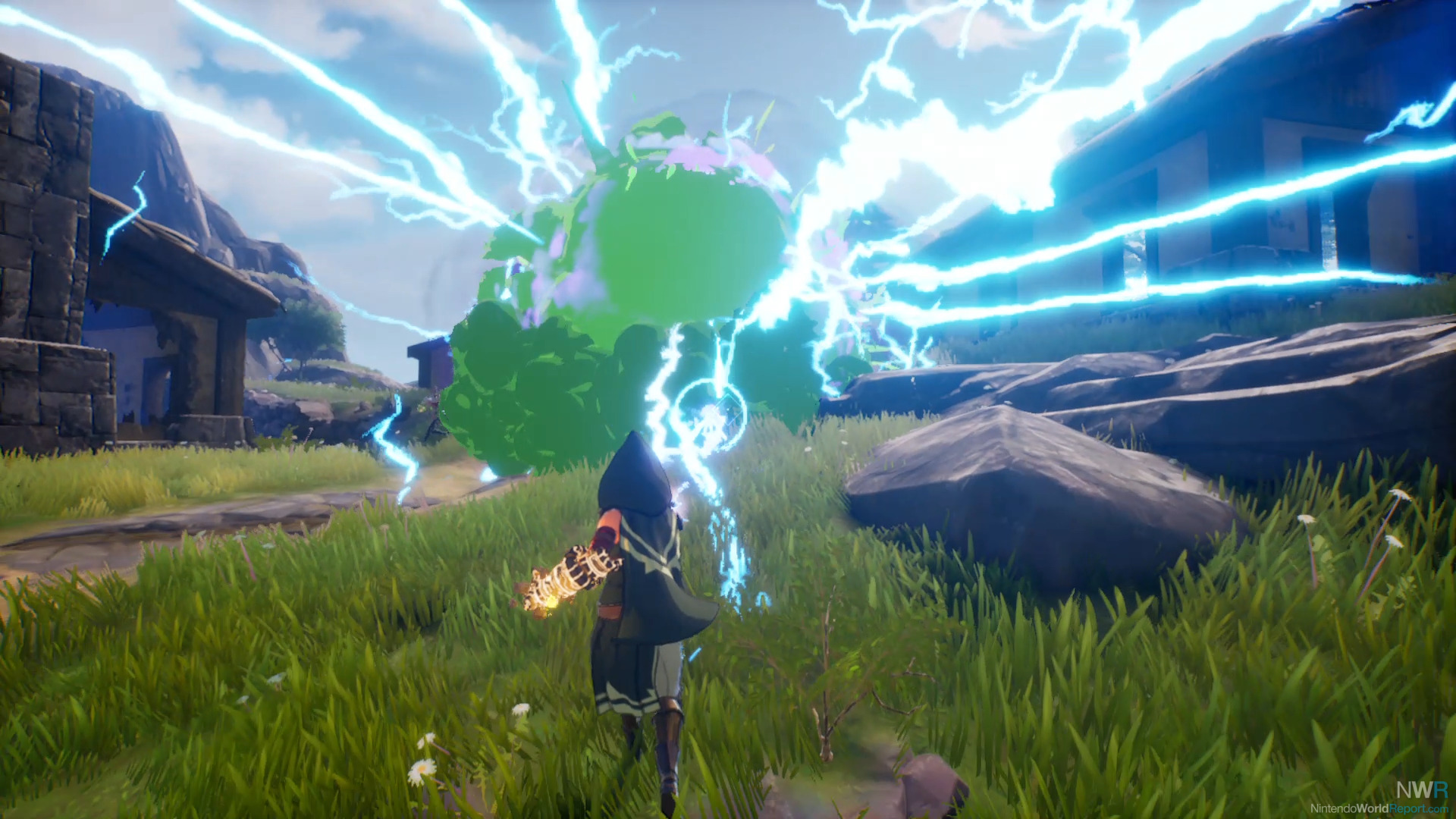 "Most of the development for Spellbreak is being done internally but we are working with several outstanding external companies on different parts of the game to ensure everything is done—and done well—by our deadlines... For the Switch, the biggest challenge is ensuring great performance while also making the game as beautiful as possible... It was important to us to preserve the draw distance and a stable frame rate for quality competitive play. For the visual side, we wanted to ensure the flashy VFX and stylized toon shading were kept to the highest quality possible to embody the full look of the game. As a compromise, the texture quality and material quality are slightly scaled back compared to other platforms and the models are slightly lower detail."

And as for resolution:

For reference, that's the same resolution setup as Breath of the Wild on Switch.

"The Switch is a great device and we all love our Switches at the studio. We made it a priority for launch because we have a goal to make it as easy as possible for Spellbreak players to play with their friends, and with cross-play we open up a huge audience on the Switch. The game will support cross-play between all platforms (PC, PS4, Xbox One, and Switch) at launch. We will also have full cross-progression at launch, meaning players can use the same account and retain their XP and items across all platforms."

Finally we talked a little bit about the potential Switch exclusive features in the future and about future plans for Spellbreak in general. 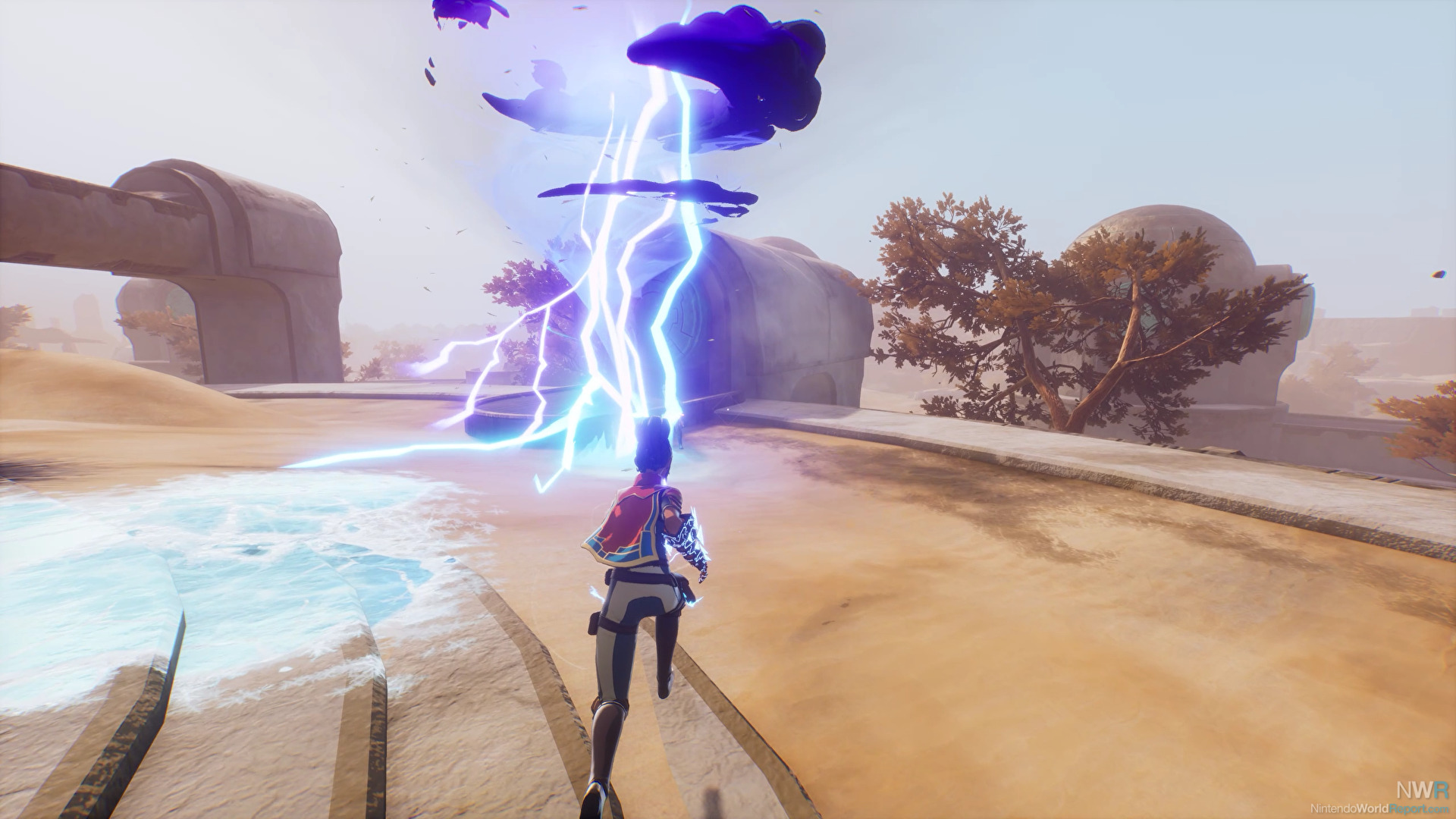 "We will not have gyro aiming at launch, but it will come in a near-term future update. We plan to constantly improve the game through frequent updates that will add additional platform specific features and build out the experience for every platform.We have a lot of plans for the game post-release, but we can’t quite divulge what those are yet. We post a lot of what we have planned on our official blog... We also spend time with our community in the Spellbreak Discord talking about what we have coming up for players."

Spellbreak is free to play and is planned to launch later this year. Thank you very much to Seth Sivak for sharing so much about it with us.