Are Fibbage XL and Quiplash Worth Standalone Buys on Switch?

As the number of Jackbox games on Switch hovers around double digits, we try to guide you on the latest additions.

I was admittedly a little surprised when I saw Fibbage XL and Quiplash were coming to Nintendo Switch this week. As someone who has been playing Jackbox Party Packs since day one, I always forget that some of these games have origins as standalone releases. Regardless, the big question with these releases is should you buy them even when there are six other Jackbox Party Packs to choose from on Switch.

But first off, here’s a quick overview of why both games are a lot of fun. Fibbage is a novel take on a trivia game, sort of. Anywhere from two to eight players can play and all are given a fun fact or weird bit of trivia with a word or phrase removed. All players have to come up with a believable lie to try to trick others to pick as the right answer. Players get points for tricking players and also points for guessing the correct answer. Quiplash lets three to eight players come up with amusing answers (or “quips”) to questions. Then the answers are put head-to-head against other player’s responses to the same question. I’d venture to say that Fibbage and Quiplash are the best two games in the Jackbox Party Pack era, though they have multiple versions and sequels available. 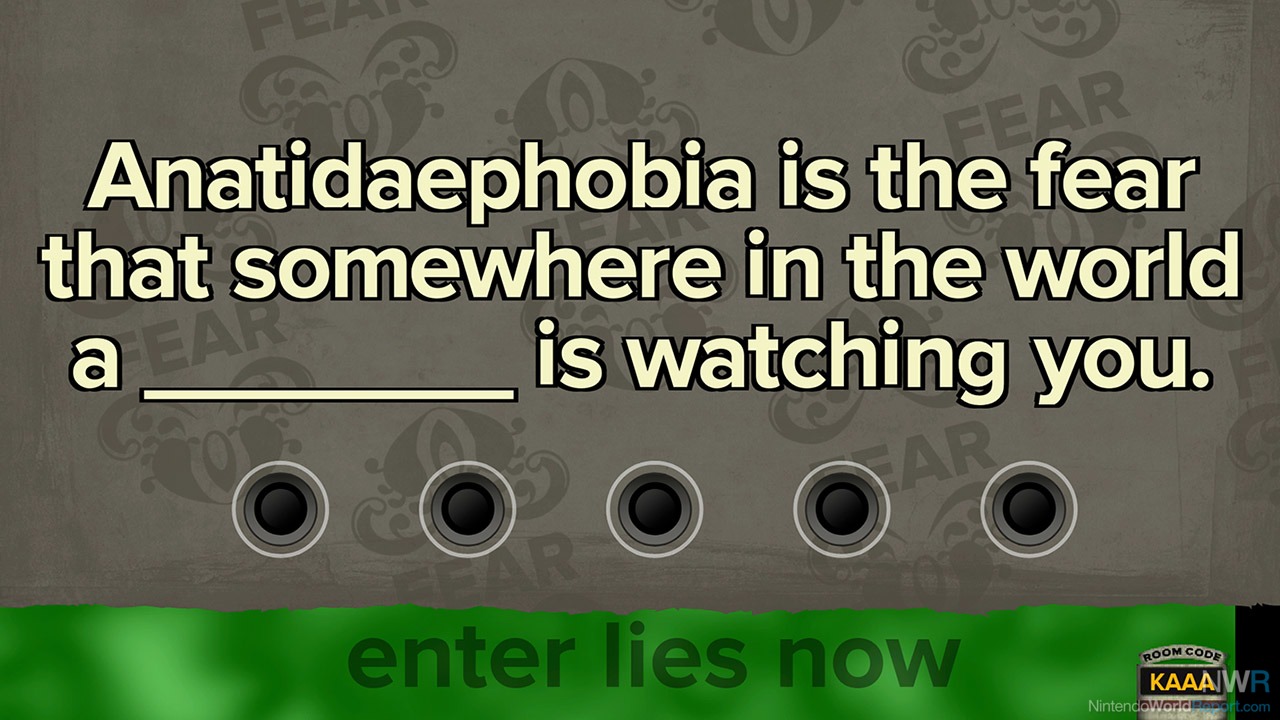 Of course, if you just wanted to make it simple and have your Quiplash and your FIbbage in one game on your Switch, just spend $24.99 on Jackbox Party Pack 2, which includes Fibbage 2 and Quiplash XL - the successors to these two standalone releases. Additionally, you get Earwax, Bidiots, and Bomb Corp., which is a nice bonus and worth the $5 of added cost.

At the end of the day, just play yourself some Jackbox. In this age of isolation and quarantine, the ease of accessible online multiplayer in the Jackbox Games is incredible. All you need is one family member to figure out streaming and then somehow teach your parents how to go on Discord or Twitch. That’s not easy, but it sure beats being sad. I’d much rather embarrassingly make a foul-mouthed joke in Quiplash in front of my parents than watch the news. Viva la Jackbox Games.