The Wild At Heart Blends Pikmin and Luigi's Mansion With Style

This might not be confirmed for a Switch release, but you should pay attention anyway.

I've been playing through the cavalcade of demos in the Steam Games Festival and after wrapping the demo of The Wild at Heart, I rushed to jot my thoughts down. After looking into the game a little more, I noticed that I missed something important: the game isn't actually confirmed for Nintendo Switch. Oops. Currently, it's just set for a PC and Xbox One release sometime in 2021, but being as it seems like all indie games seem to come to Switch eventually and the fact this game specifically scratched Nintendo-like itches, here's my not-officially-a-preview hands-on of The Wild at Heart.

As I worked my way through the demo, it struck me why I was enjoying it so much. This game from Moonlight Kids features heavy inspiration from Pikmin with a little bit of 2D Luigi’s Mansion vacuuming and environmental puzzles. It’s an electric fusion that makes for an enjoyable adventure. All of this is promising, and that's before we get to the distinctive art style and animation and the fantastic soundtrack. 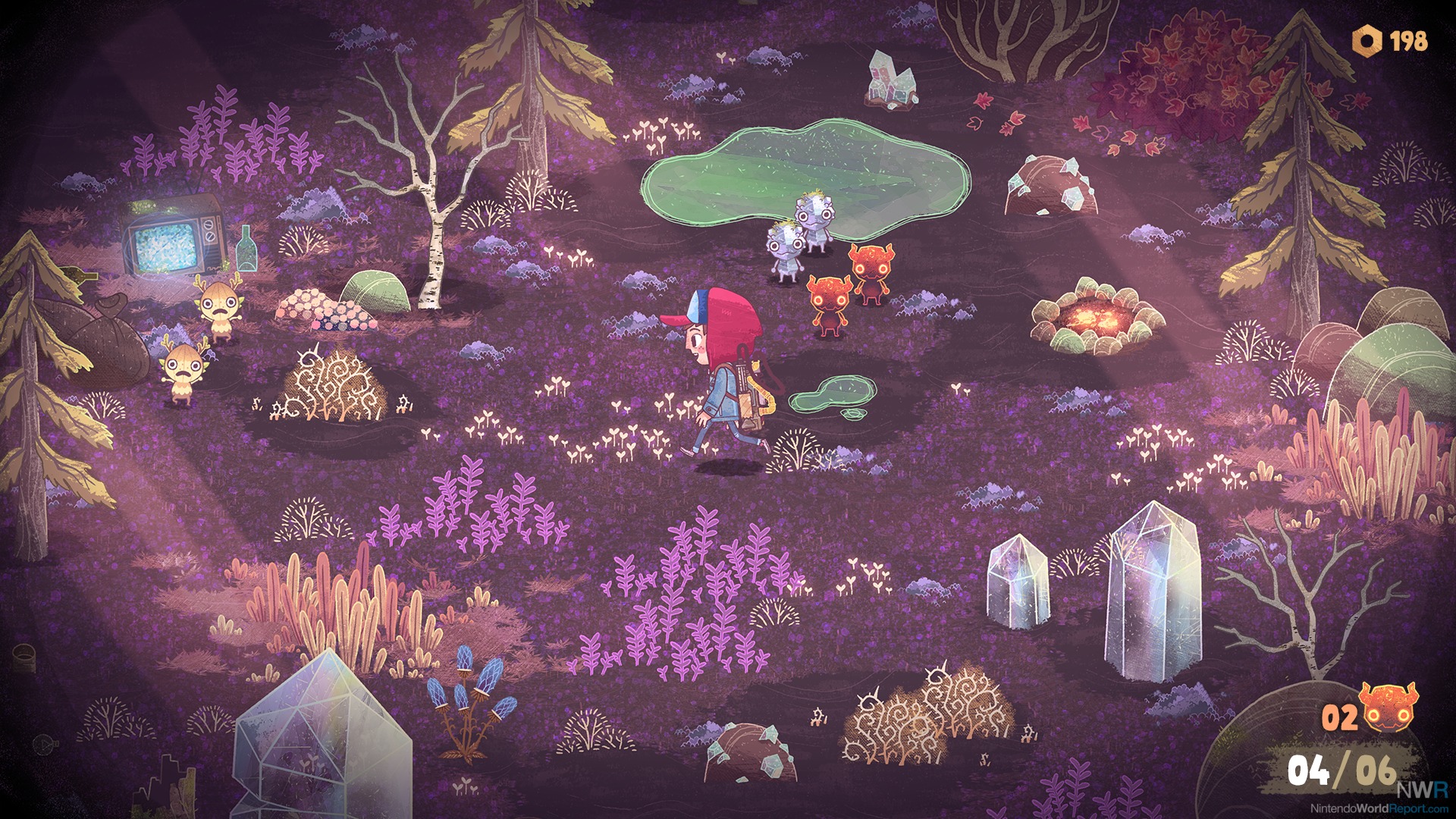 While the marketing promises two precocious kids, you only control one in this demo, a kid named Wake. He ran away from home and winds up in The Deep Woods. You pick up a Gustbuster (read: your Poltergust and/or vacuum backpack) and immediately use the suction functionality to solve some puzzles and collect some in-game currency. Soon you meet Grey Coat, a wizened Gandalf-looking fella who warns you of the perils of the woods and also encourages you to interact with the Spritelings to progress through the woods.

The Spritelings are your Pikmin, and in this demo, you come across your base variety and a firebrand style. The Spritelings are your mode of attack, knocking back enemies and poisonous mushrooms. What I liked as I got further into the demo is how enemies eventually became more dangerous. A horned insect had to be blown over by the Gustbuster before the Spritelings could attack. Send the little ones to fight beforehand and they’ll get killed (though you can easily revive them nearby by spending specific materials). Bee hives have to be vacuumed clean of bees before the Spritelings can break them down for goods. 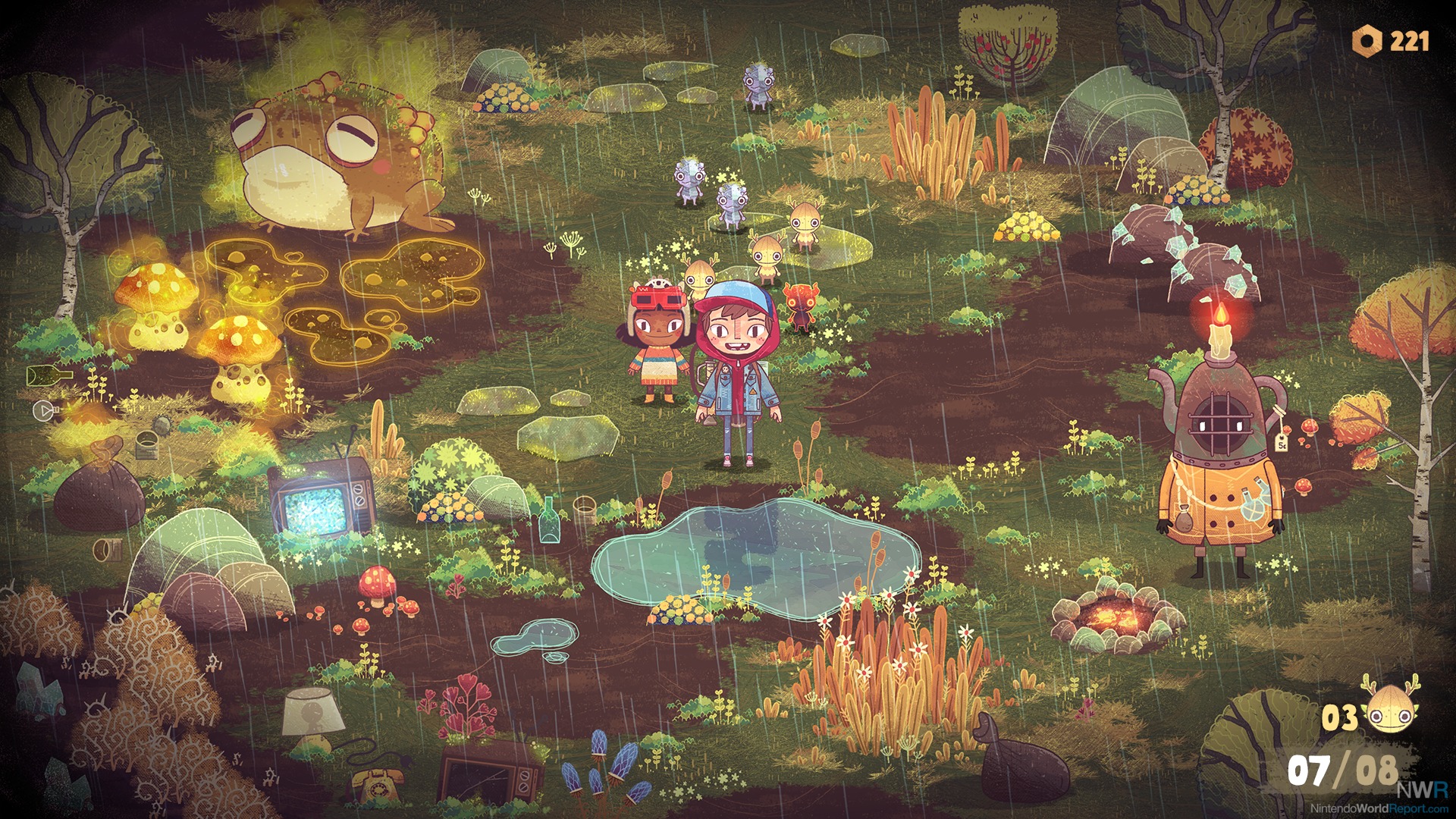 The demo only shows off two major exploration areas, but the promise of where this game could go is very encouraging. Crafting is lightly shown off, as you upgrade your Gustbuster to suck harder and also craft an explosive to blow up a rock obstacle. Some potential backtracking is teased with large iced over areas blocked off. Assuredly, either another crafting creation or a different type of Spriteling could melt the ice.

Pikmin is nearing 20 years old, and while a few games have tried to mimic some of its mechanics, The Wild at Heart might have the potential to truly succeed at taking those elements and going off in a different, unique direction. The playful scale and scope fits well with the little Spriteling creatures, and I can’t wait to see how their world unfolds when The Wild at Heart comes out in 2021...even if not on Switch.