Shantae and the Seven Sirens Interview with Matt Bozon

Fresh off our review of Shantae and the Seven Sirens (which you should totally play), Matt Bozon was kind enough to answer some of my questions regarding my favorite half-genie hero. This is actually our second interview with Mr. Bozon, although the first in an official capacity. It was a pleasure, sir. I still have that sketch.

Zach Miller: First, I hope you and your family and colleagues have been safe through this crazy pandemic. Have you developed any new hobbies or interesting ways to pass the time?

Matt Bozon: Thanks! We’re all doing well, just working from home. I’ve had a lot of time to go through my old gaming paraphernalia and try to repair some of my aging hardware. I was able to fix my busted Virtual Boy thanks to the advice of a guy on YouTube, who suggested I iron it with some kind of airplane wing iron. That worked great, so next I’m tackling Game Gear repairs! Oh! I also had time to name all of the lizards in the backyard. Stumpy’s tail is growing back. Good stuff. I’m not stir crazy at all.

ZM: Before diving into Seven Sirens, the previous Shantae game (Half-Genie Hero) was a Kickstarter project. Were you pretty happy with the experience? Was there any desire to go to Kickstarter for Seven Sirens? 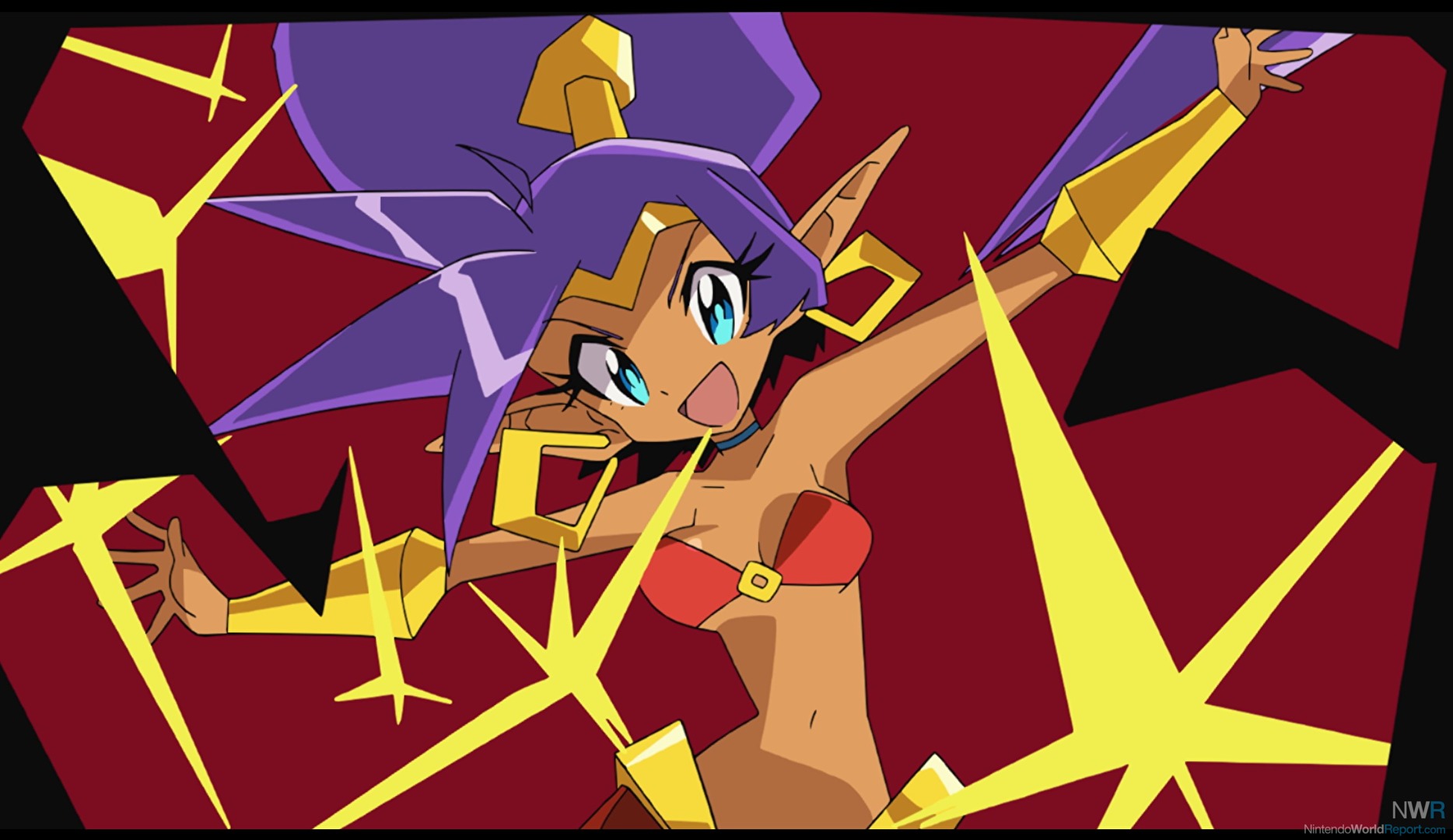 MB: It was a great experience, yes. But we didn’t think it would be right to go back to the well for this one. Half-Genie Hero was developed only because fans generously funded it. The Kickstarter was very successful in our opinion. But since then, WayForward has tried out a few different funding models. There are some great business partners out there, and industry deals continue to evolve. These new models led to River City Girls, Seven Sirens, Vitamin Connection, and even a few other yet-to-be-announced titles. Running the Kickstarter campaign was a blast, but it is also time-consuming. For this one, we wanted to focus entirely on behind-the-scenes development as with Shantae 1, 2, and 3.

ZM: I know that the animated intro stretch goal for Half-Genie Hero didn't quite make it; is that more or less where the Studio Trigger collaboration came from for Seven Sirens? What was the process of finding and working with them like?

MB: Well, there’s no direct connection, other than we really hoped to do some 2D anime-style cutscenes at some point. This time around, Shantae creator Erin Bozon came on to produce the animated intro, and she had Studio TRIGGER at the top of our wish list. It seemed like a one-in-a-million chance, but it worked out! We had help making connections through Amuzio in Japan, and Lab Zero here in the states. Studio TRIGGER had just finished their first movie, Promare, and they had a nice Shantae-sized gap in their schedule. They reviewed past Shantae games, and were enthusiastic about contributing. Some folks at TRIGGER knew of Shantae already, and hid a little Squid Baron Easter egg in the video. As for the process, Erin would meet with TRIGGER Naoko Tsutsumi (producer of Little Witch Academia) after hours for us - early morning for them - to coordinate production. I’d do very loose drawings and time them to the music, send that over to TRIGGER, and they’d add their own ideas and designs, re-envisioning it through their own creative lens, and turn it into something completely amazing!

ZM: After producing all that extra content for Half-Genie Hero and the Ultimate edition, did you guys take a (well-deserved) break from Shantae or did Seven Sirens follow pretty quickly afterward?

MB: No, in fact we’ve been in Shantae mode for 10 years solid with each game rolling straight into the next! Not to say we don’t take vacations. But momentum has been continuous since starting Pirate’s Curse for Nintendo 3DS.

ZM: When Apple Arcade launched, I was immediately envious because I use Google phones. How did that relationship come about? How did you like working with them? 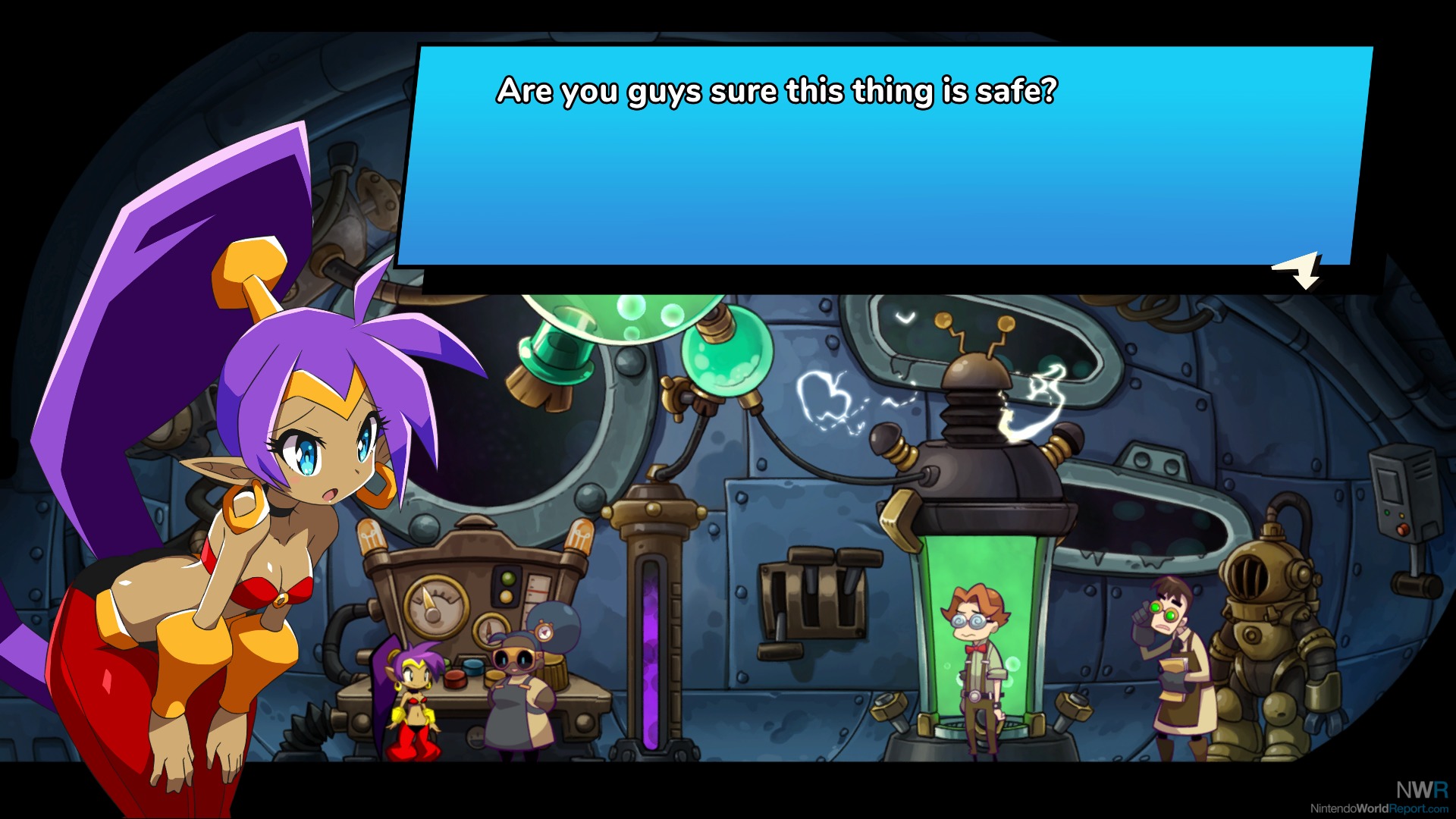 MB: This was our second time creating launch content with Apple. The first was Watch Quest: Heroes of Time for first-gen Apple Watch. That game featured Shantae and Bolo going on a side adventure. We really wanted to prove that a game could run on the “iWatch,” and we got our chance after showing a lot of passion for the tech. I think that’s why we were invited back to work on Apple Arcade. Helping to launch Apple Arcade was a ton of fun. They even added PlayStation and Xbox controller support, too! Personally, I was very happy to support an alternative to the common “compulsion loop” gaming model you see so often on mobile. If you have an iPad or other Apple product and haven’t tried it out yet, I’d highly recommend giving it a shot.

ZM: Can you talk about the new gameplay elements in Seven Sirens compared to previous games?

MB: Sure! This time out we’ve got a huge, interconnected world to explore. Towns and labyrinths are back, so you’ve got some Zelda and Metroid elements mixing together. Shantae has all-new aquatic-themed transformations, and this time you can pull them off instantly - no dancing required. Belly dance is still there, and this time it’s used to change into a creature that represents the fusion of Shantae’s magic and the magic of another Half-Genie. For example, fuse magic with Vera, the “healer” Half-Genie, to receive the Refresh Dance, capable of transforming Shantae into a sort of tree-mermaid that showers the screen with life-giving magic. We also added a collectible called Monster Cards. Destroying a monster might cause it to drop a card. Every type of card grants Shantae a new ability, and players can equip three of them at a time. So if you like firing magical heat-seeking rockets, there’s a card that increases rocket damage, one that increases rocket speed, and another that lowers the MP cost for rockets. Players can try different “Shantae builds” and see which combinations suit their play style.

ZM: Do you already have her next adventure planned or are you giving our favorite half genie some time off?

MB: I think we’re gluttons for punishment. We have a few different ways we might want to go, assuming that Shantae gets another outing. Our wheels are already turning, and we’re seeing a lot of ideas from fans.

ZM: Are there any other past WayForward projects (Mighty Switch Force? Mighty Flip Champs?) that you hope to revisit and make new entries for?

MB: We released Mighty Switch Force! Collection not long ago for all of your Switch Force needs. We’d love to bring Patricia, Alta, or Luna back sometime, too! But we also have a lot of other original titles recently released like Cat Girl Without Salad, Vitamin Connection, and River City Girls. It's just tough to find time!

ZM: WayForward has a history of making licensed games. Have those relationships changed over the years? How much freedom do you have to make licensed games these days?

MB: Adam Tierney, who directed River City Girls (and many of our past titles) has been running business development for the last few years. He’s been pushing hard to find licenses that we’re especially passionate about. Over the last 30 years we’ve always had to take work to keep the lights on, but right now we’re in a wonderful place where we can chase our favorite licenses a lot more than we used to. That’s pretty awesome. And we owe that to a huge number of hard-working, talented folks who contributed over the years to help put WayForward on the map!

ZM: Outside of WayForward, are there any games out there that have caught your eye? Anything you're enjoying or anticipating?

MB: Animal Crossing for GameCube is probably my most played game of all time, so naturally I’m neck-deep in New Horizons. I’m also going through a Panel De Pon (Tetris Attack) renaissance and replaying every existing version of that game. Next up is Doom Eternal. I’m also happy to see Prinny making a comeback. I hope we’ll see a lot of new announcements soon, since this is typically E3 season. 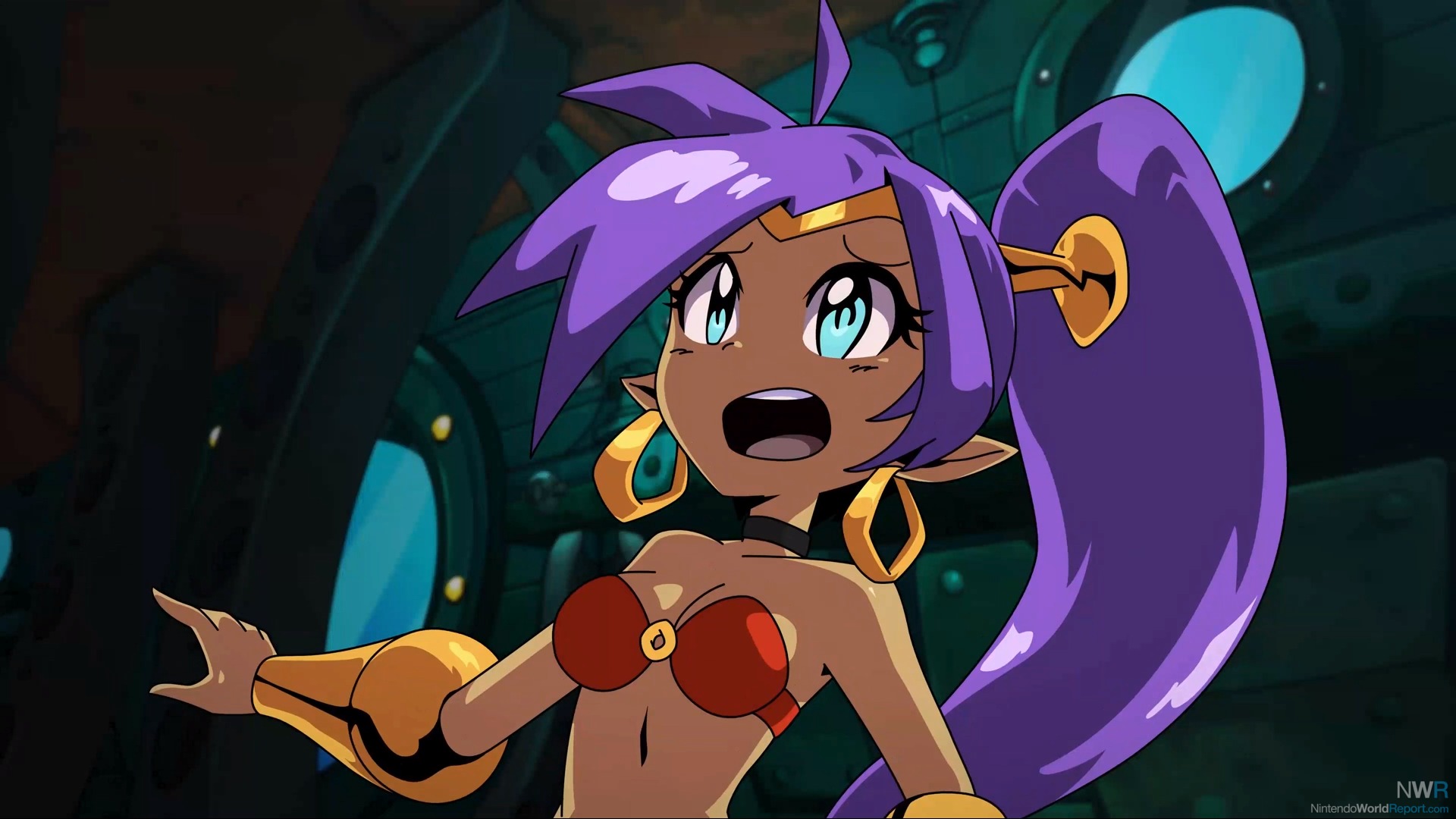 MB: If you were to slay a tropical monster, I’d imagine it would either drop 1) a pulled pork sandwich, 2) a Maui burger with roasted pineapple and teriyaki sauce, 3) some kind of spicy honey-glazed prawns, or 4) a mahi taco. But because pulled pork sandwiches remind me of pork chop sandwiches, which remind me of G.I. Joe, which reminds me how much I like Shipwreck in the episode There’s No Place Like Springfield - well, the answer becomes obvious. Pulled pork.

Thanks to Mr. Bozon for the fun interview! Here's to many more years of hair-whipping adventures.