The Challenges of Bringing Video Game Music to Vinyl

You only get the right sound when it spins around

I’ve always been fascinated with physical collecting in many different forms. Of course there is my relatively small collection of video games, which is standing right next to me as I’m typing out this article in my office. But for the longest time I’ve been collecting physical DVD’s and blu-rays as part of my media-collection. Currently standing at over 800+ discs, my collection contains all sorts of movies from all over the world. While I’m not going to claim that there’s nothing better than the convenience of video on demand and streaming services, there is something special about browsing through a huge collection of boxes. Just finding the right film to watch and knowing my favourites are always available, regardless of licensing agreements of specific release schedules is what makes collecting so satisfying for me. About five years ago I discovered this joy for music collecting as well by starting to collect vinyl records. The vinyl record industry has seen an incredible growth over the last few years, after the format was considered dead in the 90’s.

But I think that alongside the growth of digital music sales and streaming services, there has been the counter-cultural movement of people wanting to purchase and reinvest into high quality forms of physical media. It being 4k blu-rays, special collector’s editions, reprints of old Pokémon cards, and yes, of course music as well. These are all, in my opinion, works of art that deserve to be preserved and cherished for generations to come. And while I’m the first one to admit that playing and collecting vinyl records is both an expensive and ‘outdated’ hobby. Nothing beats my personal enjoyment of listening to a piece of music from a vinyl record. It also helps that the quality of vinyl has improved drastically since the 80’s and that most modern releases of vinyl records include a digital download. 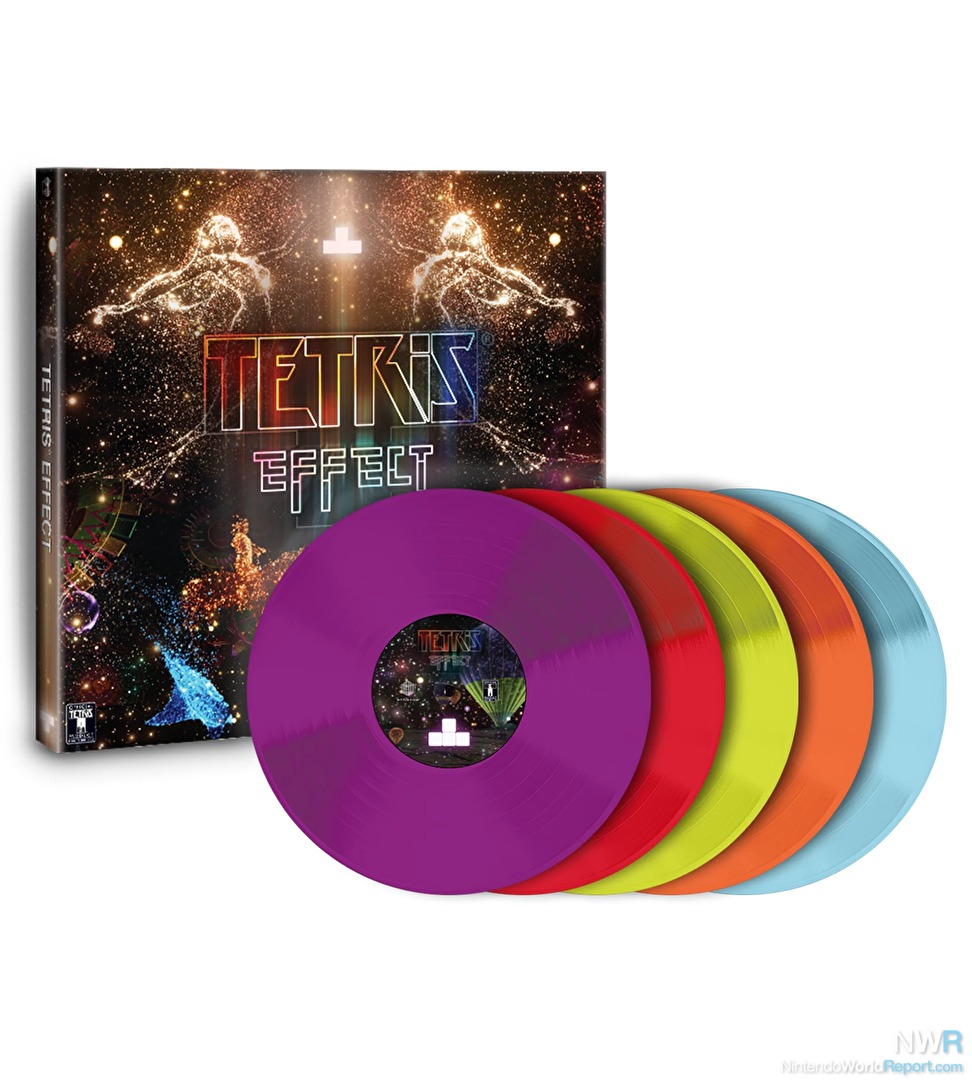 While I’ve always liked video game music and have been collecting vinyl records for a while now, until recently I never invested into video game soundtracks pressed on vinyl. Perhaps it’s because video game music is inherently associated with the digital sphere of video games themselves and I feel this wouldn’t translate well to listening to these soundtracks in my living room. It's of course also a personal preference, since video game soundtracks can be varying when listening to them from beginning to end. There are rarely soundtracks that fully capture my attention in each and every song created. I might like some slow and ambient tunes here and there, but to hear five iterations of a battle theme can get rather repetitive when sitting down to fully listen to some music on my record player. But recently I was finally hooked when Limited Run Games announced that they would be releasing one of my favorite video game soundtracks of all time on vinyl, Tetris Effect’s complete score. It seems that larger companies like Nintendo are also finally catching on to this growing trend by releasing a Collector’s Edition of Xenoblade Chronicles: Definitive Edition in Europe. This collection included the game, artbook and poster, but also featured a full picture disc (An image pressed onto a vinyl record) with a sound selection from the game on vinyl. (You can see our associate editor Daan Koopman unboxing this beauty here . Talk about a niche collector’s edition, but it’s also a great way to promote the incredible soundtrack of Xenoblade Chronicles for a market that has been hankering for more official video game soundtrack releases from companies like Nintendo. Especially since CD releases of Nintendo music have been very prominent in Japan, where the CD industry is still an incredibly lucrative market . 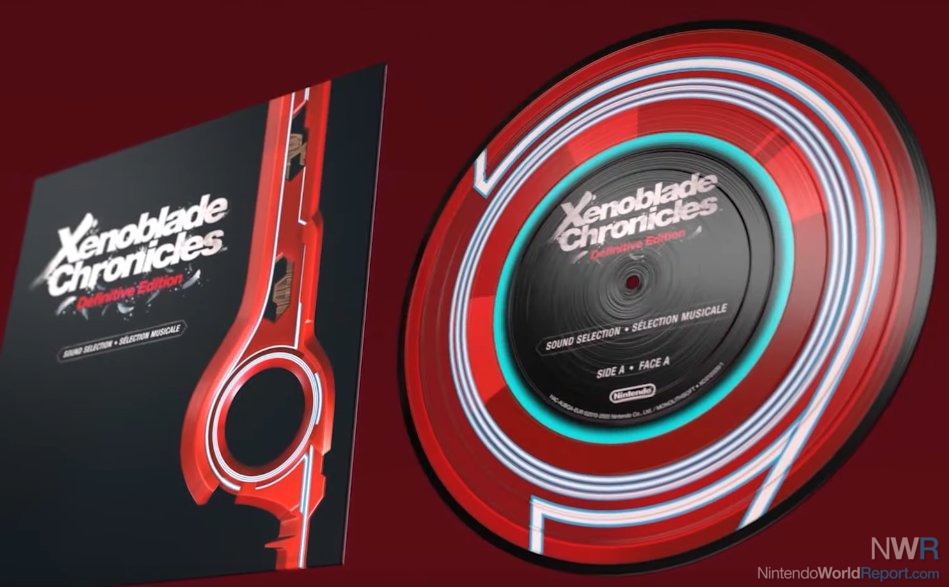 But thankfully, Nintendo isn’t the only one who has set its eyes on the vinyl record market for video game soundtracks. The previously mentioned Limited Run Games has been producing, as you might expect, limited productions of vinyl records of selected soundtracks. Other companies like Iam8bit, Mondo and Fangamer have been producing the so-called ‘’Gaming Vinyl’ for many years now. These releases are usually going above and beyond merely pressing the soundtrack on a disc and calling it a day. Fully decorated artwork on all sides of the record, usually a gorgeous colored picture disc that matches the colors of the boxart and even slipmats that keep records steady while playing them. Some of the most beautiful I’ve seen are from Mondo, (Death Stranding ,Castlevania: Symphony of the Night and Silent Hill 2) but Fangamer offers some great options for both fans on indie games and retro goodness (Mother 2, Hollow Knight and Celeste ). There is something special about owning physical discs that contain some of the best music in video game history. But a lot of games and artists still miss out on their works being printed on vinyl. Thankfully more and more smaller record labels are popping up online and doing their best to help preserve soundtracks that might otherwise be lost to time.

One of them being Walt from Stumpy Frog Records.

Walt has been a lifelong fan of vinyl records, starting out back in his mid-teens when purchasing Joy Division’s Unknown Pleasures. From there he went on to collect movie soundtracks, but felt that a lot of record companies didn’t cater to his specific tastes. With Stumpy Frog Records (SFR) he tries to release more and more smaller soundtracks from a wide range of composers. In an interview he explained to me that the hardest part wasn’t to get into contact with the artists, but rather that companies themselves, who own the rights to the music releases, are reluctant to work with smaller labels for such a niche product. In some cases it was impossible to even receive the original recordings with the highest quality due to damages or being locked in the vaults of these companies. 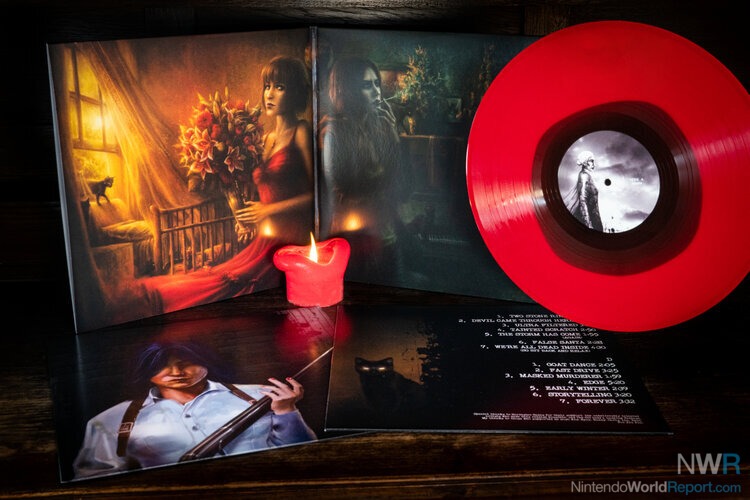 While there is a certain amount of risk that comes with releasing such a niche product, such as a limited audience leading to limited production numbers (each release from SFR is limited to 500 copies), Walt respects the wishes of the artist above all. SFR, unlike other record companies, does not contract artists into multi year releases and collaborates on each small aspect of the release. Walt personally contacts each artist and collaborates from there. The artist also has the right to pull out of the collaboration at any point during the project if things aren’t going according to their liking. Which is a rather unique sentiment, given the proven history of record companies claiming far too large royalties and screwing over the artists. This enables artists and SFR to focus on their passion for creating the most beautiful versions of the record as possible. For their first release of the cult psychological horror adventure game “The Cat Lady”, Walt had new original art made by the composer of the game. This shared passion for producing a high quality product for true lovers of video game music is what makes Walt so excited about his work. For their next release, the wonderful “A Short Hike”, he’s been working alongside artists recommended by the original creator of the game. Walt says: “Working with such talented and amicable people is simply a lovely way to spend time, working together to make something special. The end products, I hope, show off this type of involvement from the game’s spiritual parents. To me, that’s the passion, that’s the love.”.

It’s not an easy or particularly profitable business and it takes months for all the different parts to come together and for the record to be completed. As for Walt’s aim with the selection of different soundtracks, it comes down to ‘create a testament worthy of the music it contains, the game experience the sounds are taken from, and the creators themselves. If they’re not happy, I’m not happy. It’s one of the particular pleasures of working directly with the artists, the people who know the material better than anybody: I’m able to guarantee that the finished product is an extension of the creators’ vision, and not a third-party interpretation.’ The passion behind each release is what drives SFR and makes each final product stand out for both the artists and music lovers alike. Even though it's hard to guarantee profits when all is said and done, there is a guarantee for artists that their work will be done justice. And of course, each artist that is commissioned is paid for the work in full upon delivery. 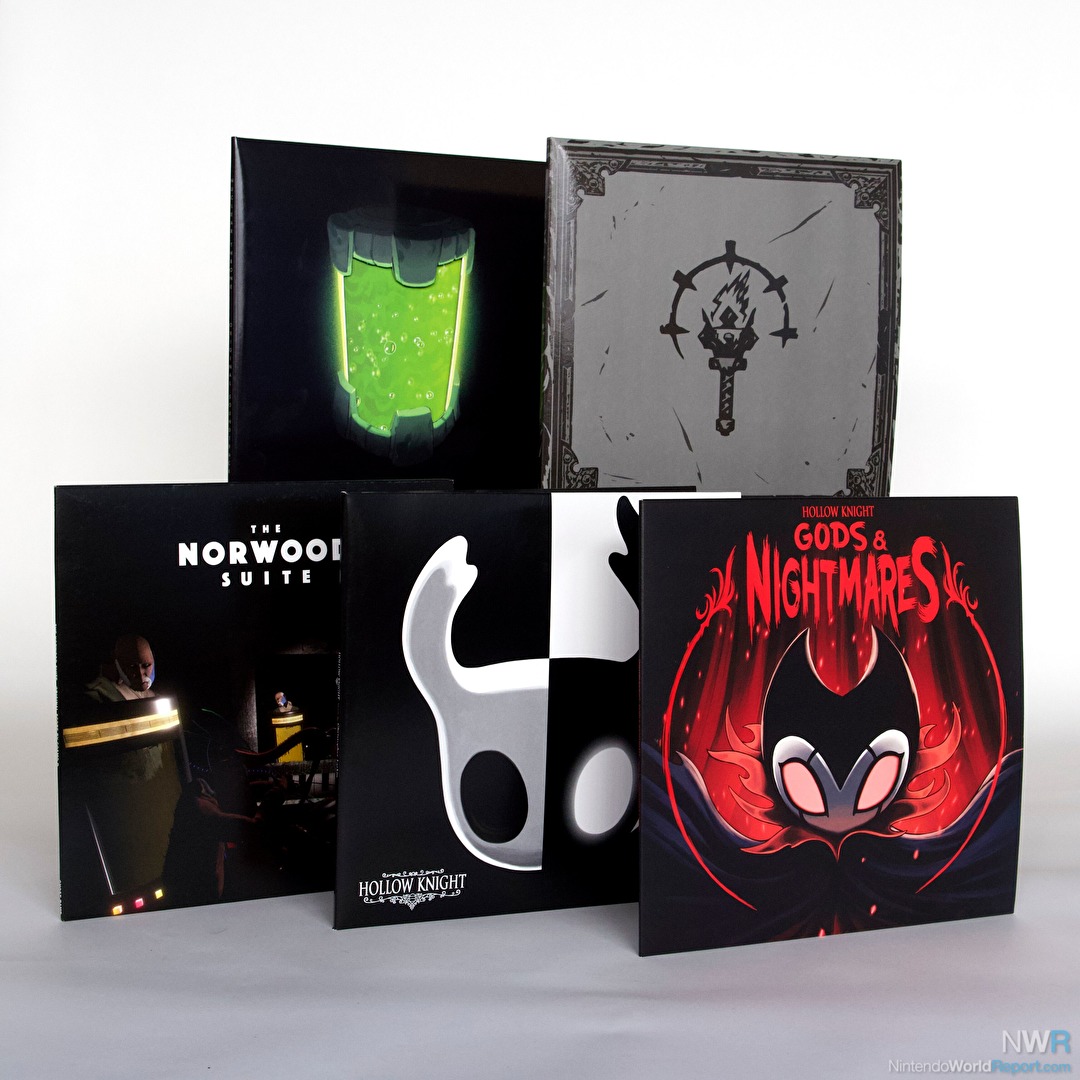 This interview gave me a glimpse into a strange new world. Where both practices and ideas from publishers, record labels and luxury products collide with the passion from musicians, artists and fans. While I cannot account for how other labels handle their vinyl production, the passion that indie record labels like Stumpy Frog have for their work reinforced the idea that vinyls aren’t just another format that can be used to listen to music. Rather, vinyl feels personal and makes a connection between the listener and artist from the moment the needle touches the disc. I’m happy that more care and attention is being given to preserve this far too often muddled and ignored aspect of video game releases. It will most likely remain a niche and only for die-hard collector’s but here’s to hoping that larger artists and companies will open up to releasing their soundtracks on this beautiful format.

Full Disclosure: After writing this editorial, the writer purchased a record from Stump Frog Records with his own funds. This article was written independently from Stumpy Frog Records and has no further association with the record label or its owner.

In case you are curious about collecting gaming vinyl, be sure to follow accounts like @blipblopwax on Twitter who keep a record of upcoming releases. Of course you can also check out Stumpy Frog Records for Walt’s limited releases or contact him via Twitter . He wants me to let you know that: ‘despite never meeting them, I love them and think they’re beautiful.’.

In addition there are other label companies like like Respawned Records , Laced Records and Black Screen Records who sell and produce more limited and selective (indie) video game soundtracks in case you are looking to get into gaming vinyl.