New Game Plus in Trials of Mana - Should You Start a Second Playthrough?

Are you ready for a second or third helping of action-RPG goodness?

So you’ve just finished Trials of Mana, including the post-game class change and multi-stage final, final boss. Okay, now what? Well, one reward for completing the post-game is the unlocking of New Game Plus, which isn’t a new feature in RPGs with multiple endings, but it is new to the remake of Trials of Mana. Is it worth starting another playthrough after your first? What kind of bonuses or perks do you get in New Game Plus?

At the end of your first playthrough, you are awarded with passive abilities you can equip, each with a different function. These are referred to as Chain Abilities and are rewards for beating the game with a particular character in your party. They raise a stat, like Attack or Magic Defense, by 50 points, which is a significant and noticeable bump. For the sake of comparison, let’s look at my level 64 Angela’s stats compared to what she would normally have at level 1. At level 64, her attack was 175, defense 176, magic attack 315, and magic defense 246. At level 1, her attack is 8, defense 6, magic attack 10, and magic defense 10. You can see, then, that being able to bump one or more of these stats by 50 points at the game’s outset is a huge bonus. The final chain ability adds a 300 percent bonus to experience gained. Even though you can only equip two of these before you change classes, each chain ability will make your second playthrough a breeze since battles become easier and you gain levels that much faster.

Another perk that carries forward with your completed save data is that you both retain all consumable items you ended the game with, and your characters retain their levels. What this means is that if you finished your first playthrough with Angela on your team, if you bring her along in your next playthrough, she will be the same level as she was before, with her Training Points reset and available to spend, perhaps on a new character build. However, unlocked character classes and spells do not continue into New Game Plus, so you will have to wait until you find a Mana Stone before you can re-class any party members you used previously. 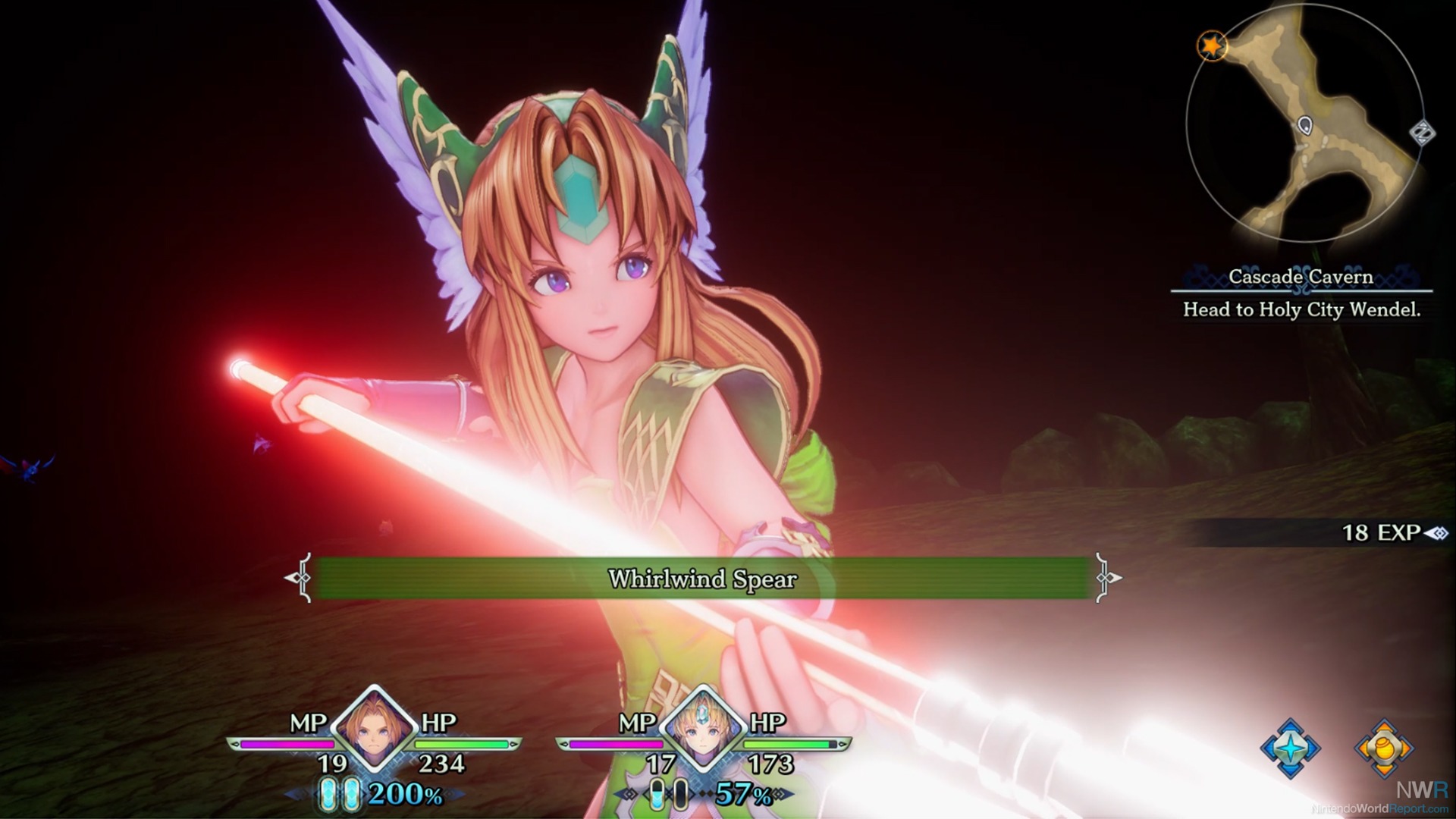 Given that the differences in story beats are subtle and the unlockable endings a little lackluster, you may not want to dive right into a second playthrough, but the New Game Plus feature is a nice way to let you try out the different characters or complete the game on a higher difficulty. You can even continue your quest to find that rascal Li’l Cactus in all its hiding spots.

My personal recommendation would be to play as three new characters in your second run so that your party isn't completely overpowered from using a previous character. However you choose to experience New Game Plus, let us know your favourite parties and characters in the comments below.