This season can be one enjoyed for all.

I’m not a natural fan of anime, which made it surprising that I fell in love with My Hero Academia. This series takes place in a world where a fraction of the population started developing superpowers (known as “quirks”) and developed a society of superheroes and villains. The protagonist, Izuku Midoriya (Superhero Name “Deku”), is a child born without a quirk who’s obsessed with becoming a hero in spite of it. He gains his opportunity by encountering All Might, the world’s number-one hero who selects him to inherit his transferrable super strength named One-for-All, and teach him how to utilize this power with his classmates in class 1-A at U.A. High School – Japan’s premiere superhero academy. Using the power at the start breaks his body with each use, and the series up to Season three has been a fantastic arc of watching his character use his intelligence to work-around this limitation and gradually understand how to harness bits and pieces of this power.

Season 4’s story arc of My Hero Academia in some ways is a natural progression of Deku’s coming of age story, but also a tectonic shift in tone and focus from the dynamic personalities and tensions between members of Class 1-A. We start in a state which includes All Might now having completely depleted what was left of his reservoir of One-for-All after his epic showdown against his arch nemesis All-for-One, having now left a vacuum of superhero leadership that factions of villains have scrambled to fill the void with. While the League of Villains (sans All-for-One) has continued working on building a formidable force on the back of the inspiration of Stain the Hero Killer, Kai Chisaki (Villain name “Overhaul”) and the Yakuza have formed an unsteady alliance with them to develop a serum that negates quirks drawn from the blood of a captive girl Eri and her quirk “Rewind”, which lets her reverse someone’s body back to a prior state. 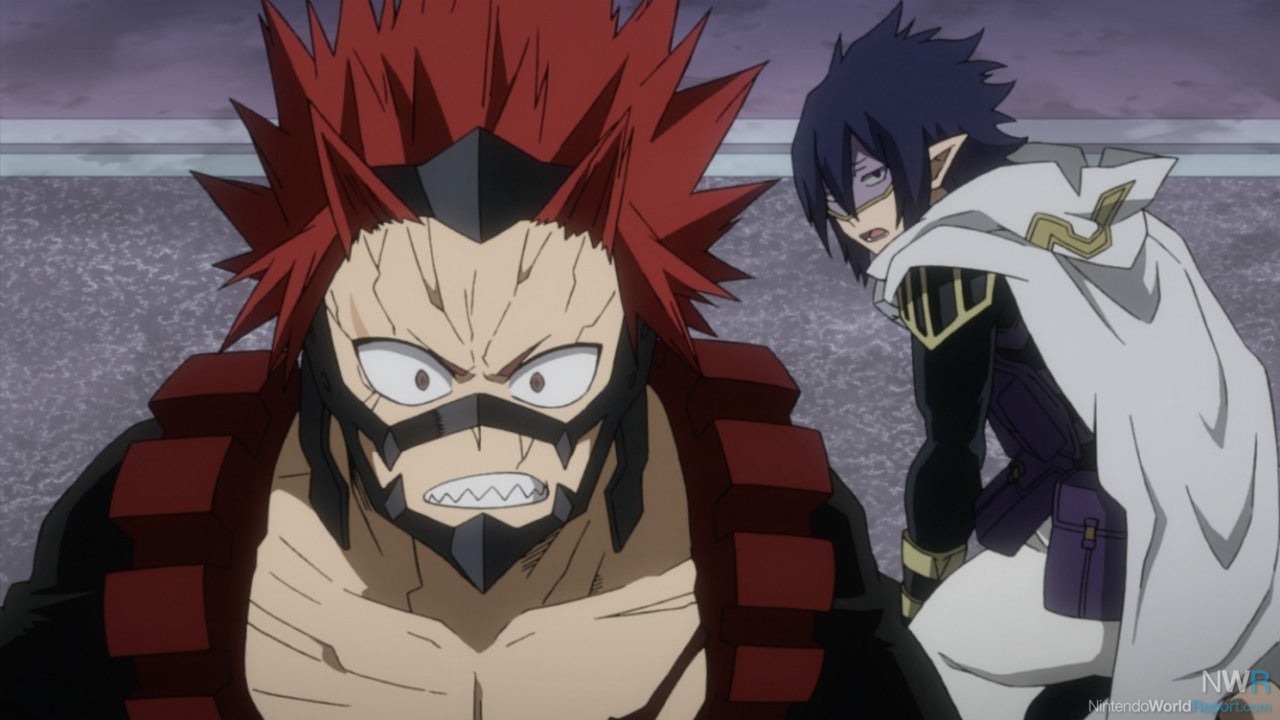 This primary narrative focuses on Deku in his internship with All Might’s former sidekick and one of the top senior students (Hero Name “Lemillion”) as they investigate the Yakuza and the whereabouts of the missing girl. Deku struggles with not only trying to better learn his power (at which he can currently only control a small fraction of), but also coming to terms with a internship boss who actively dislikes him, a partner in Lemillion who he sees himself comparably inferior to, and not having the security of All Might to come in and save him when things get dire. This results in a less manic, more grounded in serious stakes than prior seasons. While I enjoy the lighthearted, day-in-the-life segments, the sharp turn into the students being active heroes jumping into the fray provides a welcome turn into stakes that feel more real than they have at other points in the series. Not only that, but Deku gets some spectacular screen time as a thoughtful and powerful superhero in his own right.

What I also appreciate this season is how the focus of the class 1-A has taken a turn toward highlighting some of the team who up to this point had been less developed or more bit players. Katsuki Bakugo, who fills the role as Deku’s rival, takes a backseat as he’s held-behind from being able to participate in internships. Eijiro Kirishima, Bakugo’s best friend in class instead gets a heavy amount of focus as a B-plot throughout the season. His exploits as an intern intersect with Deku’s as their separate investigations coalesce into the main arcs’ narrative wraps, and includes great character development as he shows doubt in himself and his abilities compared to his peers, resolve to protect those with him, and a range of personality that had otherwise been absent to this point.

My Hero Academia: Season 4 picks-up the baton from Season 3 and deftly navigates telling a compelling season narrative that not only shows maturity from Deku and class 1-A, but also carries them to a point by the end of the season that feels like a natural progression of their character and qualities while also offering surprises along the way. There are some pacing issues toward the end, but if you can accept that as an epilogue arc rather than a continuation of the same story, then this season is a thrilling watch throughout.