A free content drop for this turn-based strategy gem provides a strong incentive to jump back in.

Almost a year to the day after its original release, Wargroove received a sizeable DLC drop in the form of Wargroove: Double Trouble. You can read my review of the base game here, but for all intents and purposes, it’s the closest thing to Advance Wars we’ve had in over a decade. Double Trouble adds a host of new content to the base game, including a new co-op campaign, three new commanders, and two new units. Is it worth returning to war to see how it’s changed? While I haven’t seen everything it offers, I can still say it’s worth getting into Double Trouble.

The new campaign can be played with one or two players, but it definitely feels designed for the latter. You play as two different commanders from the new Outlaw faction, Wulfar and his children Errol & Orla (who play as a pair). In solo play, you take turns controlling Wulfar and his forces and then Errol & Orla with their troops. One minor annoyance is that you need to hold a button down after ending your turn and gaining control of the next commander, but it makes sense given the focus on co-op play. Wulfar’s Groove ability allows him to take a golf swing at an enemy and launch them into their friends doing splash damage. Errol & Orla actually have two separate but similar Grooves: one that gradually creates a radius of fire to burn any unit it touches, and one that creates a radius of healing that gradually shrinks. Wulfar’s ability is useful and easy to use, but the children’s abilities require more timing and planning. 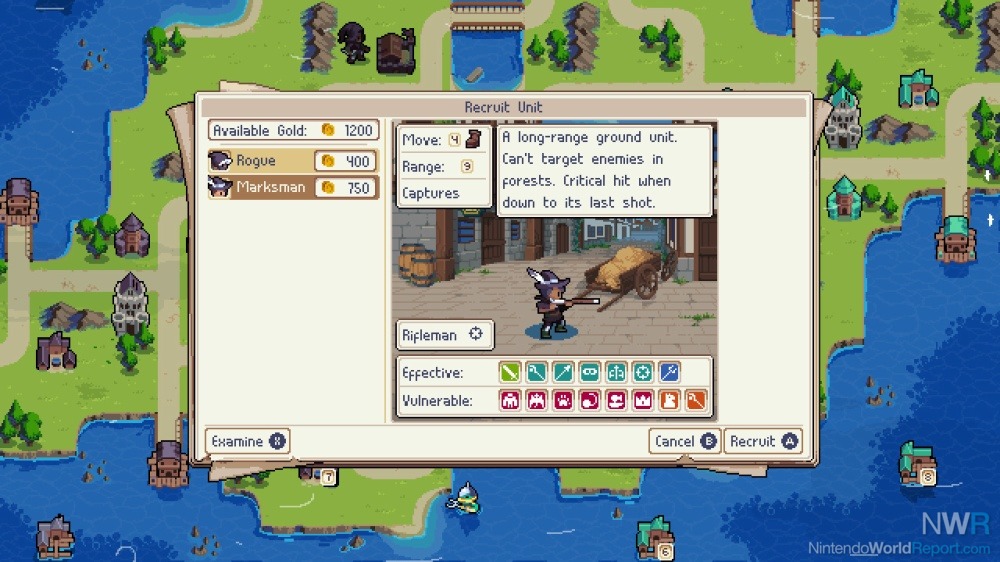 The two new units, the thief and the rifleman, are interesting but don’t seem overly valuable. The thief can move far and ransack buildings, which neutralizes them and gives him 300 gold to bring back to camp, but the catch is that his movement is greatly restricted while loaded with loot. If he’s killed while carrying gold, that loot goes to the enemy faction instead. The rifleman is a little more expensive and has the ability to snipe from long range—within a somewhat straight line—but he only has three shots before needing to reload. They can’t move and attack or hit airborne enemies or those in forests. Because these units can only be built from a special building, I didn’t produce as many, but maybe I’ll find a better use for them as I spend more time with the DLC.

The story of the campaign involves the kidnapping and ransoming of a loved one, and Wulfar and his kids are forced to steal from the original four factions to pay the perpetrator. What follows are a series of missions against each faction that feature a solid variety of objectives on each map. Be warned, though; these maps are challenging, and if you haven’t played Wargroove recently or at all, the co-op campaign can be quite daunting. For someone who really hasn’t played the game since around its original launch, it took me a few maps to get my bearings. After that, I settled in and really enjoyed seeing commanders like Caesar and Ragna. The writing continues to be filled with charm and humor, and the new commanders speak with a heavy Scottish influence, which was fun to see. 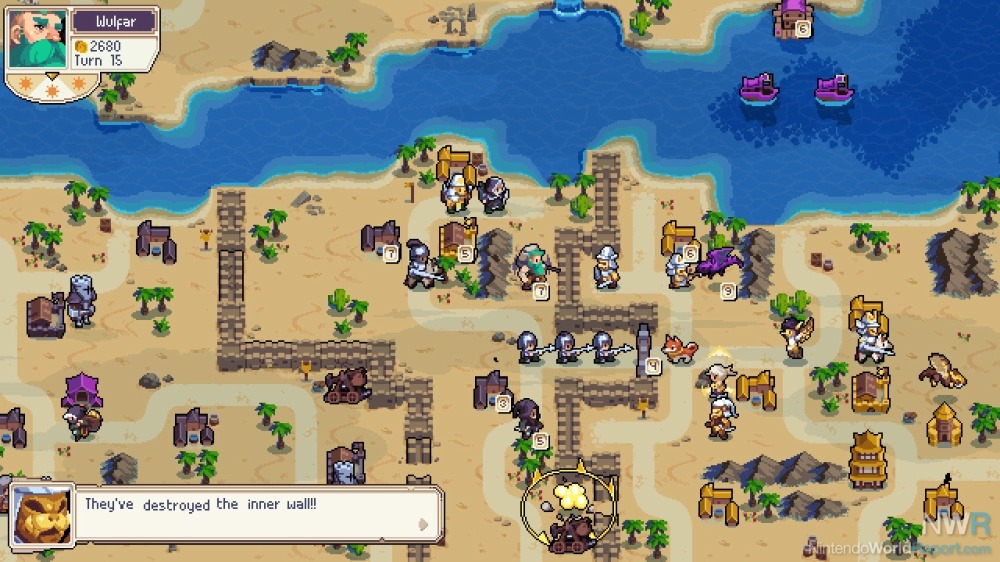 All in all, Wargroove: Double Trouble is free content that makes a strong positive contribution to the package. If you enjoyed the base game, there’s no reason not to download the DLC and check it out. The new commanders and units give me some pause, but the co-op campaign is incredibly fun and worth playing through. If we were ever to heed Team Rocket’s warning, now would be a good time for it: prepare for trouble and make it double!