Five Things To Do With Your Animal Crossing amiibo Card Collection

These things might actually be useful for board game owners, Wikipedia link surfers, and expectant parents!

Every day or two I check to see what's the latest in the NWR Message Board Thread The Animal Crossing amiibo Trading Card Trading Post. I'm having tons of fun sharing hunting tips, updating my collection, and trading amiibo cards with other members of the Nintendo World Report community!

But putting rabid fandom aside for a moment... what am I supposed to DO with these hundreds of cards anyway? amiibo cards are compatible with far fewer games than the amiibo figures, it doesn't make sense to put them up on display, and with over 300 unique cards so far (and 100 more coming in June) surely there's some other use collectors can put their card collection to aside than filling up a carefully curated trading card binders?

To that end, I've come up with a list of five uses for my collection other than simply collecting them:

Six-sided dice are essential for a lot of physical games, and if you've misplaced them on Board Game Night then you'll definitely end up "Sorry!"

Cheri is a high-roller.

The fact that these amiibo are in card form actually suggests a lot of uses for them where they replace traditional cards as well!

If you've got a lot of doubles, one real simple way to put them to use is playing a game of Memory. 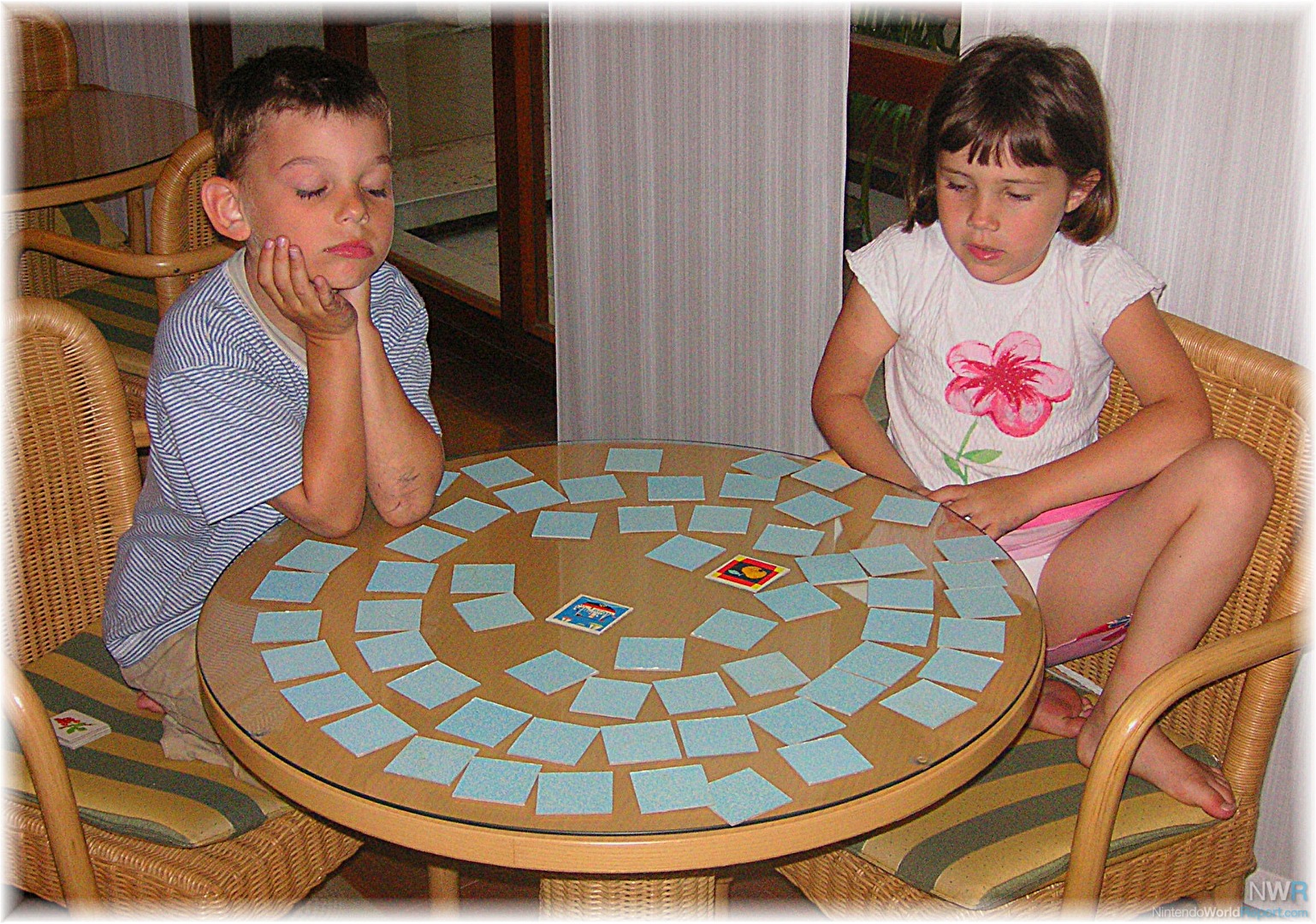 Also, it could be possible to use amiibo cards to play a good 'ole game of War. Since they aren't traditional playing cards maybe something like the following house rules would make sense:

A little tweaking and amiibo cards can be re-purposed for a number of traditional card games!

Slapjack (and other "Slaps/Snaps" game varieties) might also lend themselves to amiibo cards with some customizations, but what exactly those house rules could be might be more fun to figure out yourself!

The names of each Animal Crossing character aren't random; there's a lot of thought put into what they reference about that character's personality, species, or sense of style. Either that or Nintendo's localization team went for a quick pun.

But you'd be surprised what you might find if you plugged in some random Animal Crossing character names into Wikipedia. For example, here are the search results from a handful of random Series 3 cards:

"Mitzi" (226) is probably a reference to American actress, singer and dancer Mitzi Gaynor, if not one of the many other "Mitzi" results. 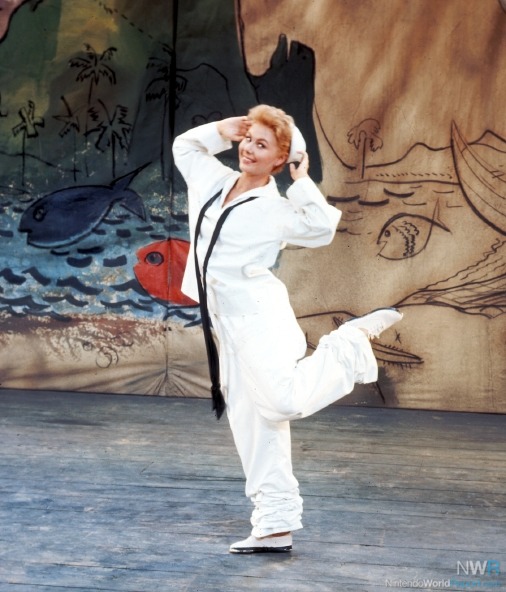 Mitzi Gaynor might be best remembered for being "101 pounds of fun" in her role as Ensign Nellie Forbush in 1958's South Pacific.

"Spork" (235) may be obvious to some, but how many would know the history of Sport-like utensils extend back into the 1800's? 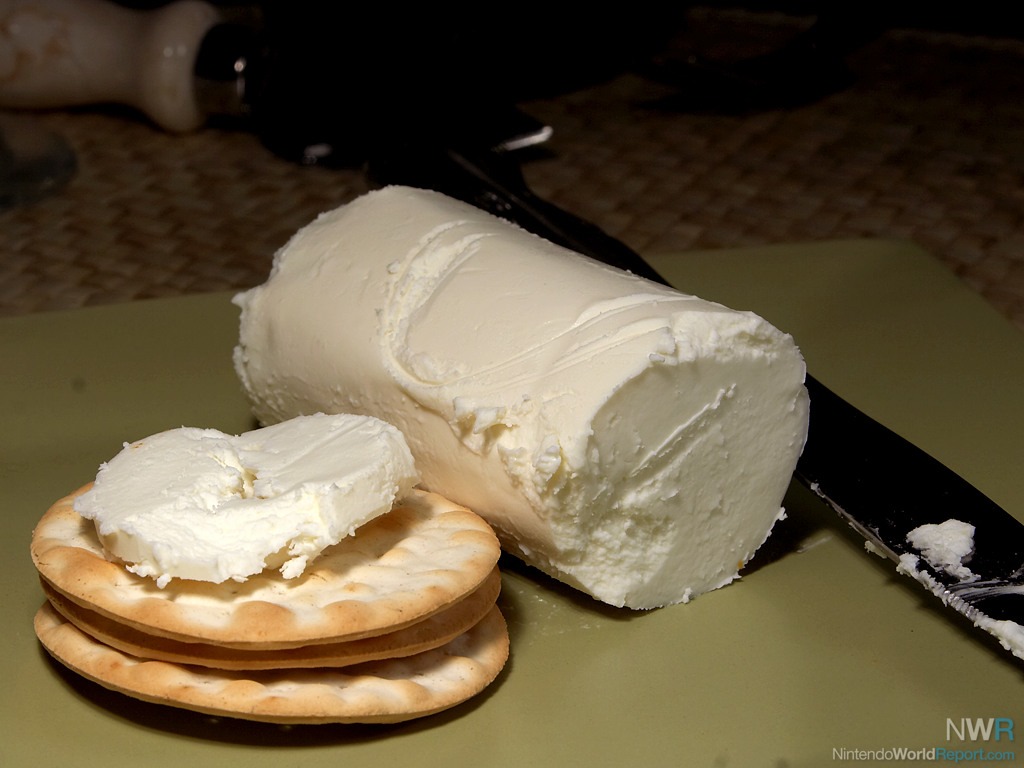 "Pippy" (267) doesn't appear to yield any super-relevant results... but a little link-surfing to the "Pippi-disambiguation" page and you'd find a Nintendo connection in the original Japanese name for Clefairy! 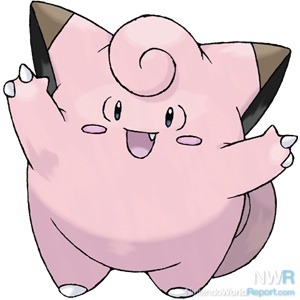 "Claudia" (287) might've just sounded like just the right punny name for this tiger villager, but her snooty in-game persona jives well with the fact that the name Claudia (the female form of Claudius) is shared with a slew of important ancient Romans! 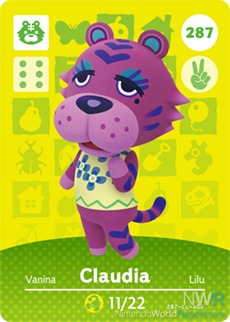 Might Claudia come from a long line of Roman princesses?

Whoever said videogames didn't expand knowledge about the world around you clearly hasn't been collecting amiibo cards!

Ok, so if you're deep into interior design then it definitely makes sense to have a collection of Animal Crossing cards to summon characters into specific villages Animal Crossing: Happy Home Designer on 3DS. And amiibo Festival also demands you use some of the cards in order to access its mini-games (My favorite being the Desert Island Escape strategy mini-game, where the cards you scan in become the three villagers, each with unique skills, who must gather food and materials to survive and escape a series of deserted islands). 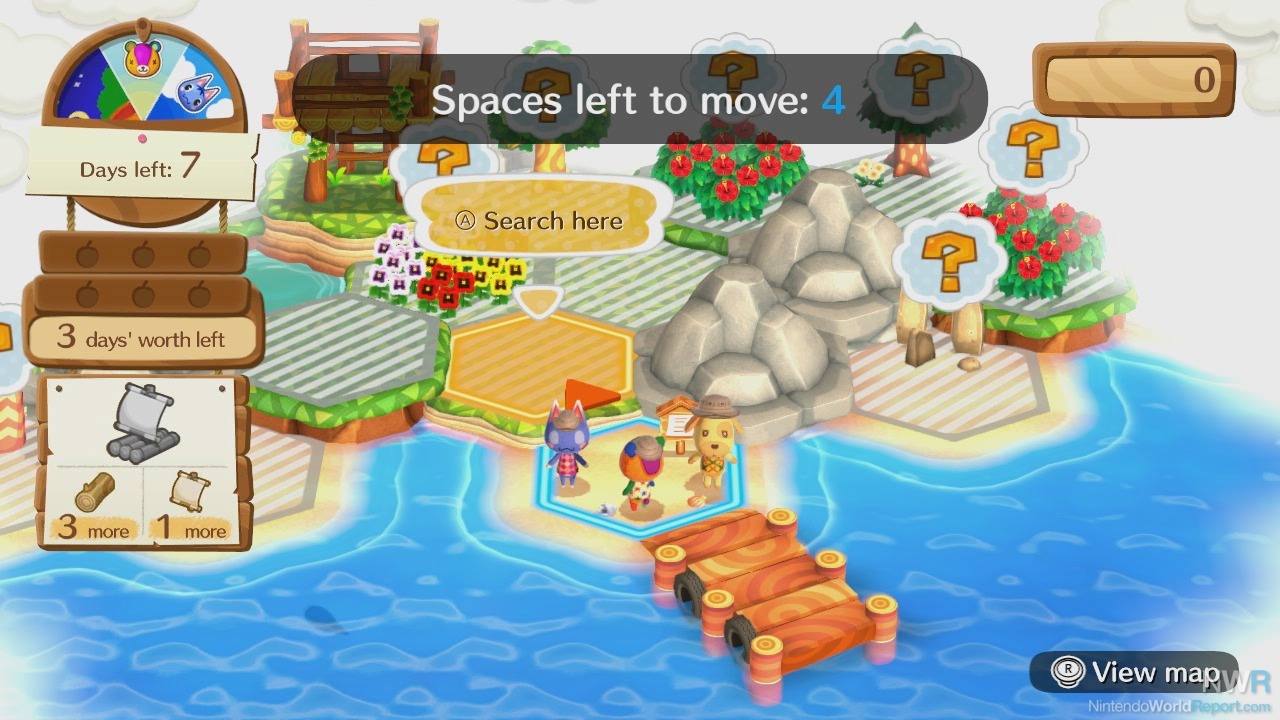 But let's not forget that several of the Animal Crossing amiibo cards also unlock costumes in Super Mario Maker! And that if you register these amiibo cards to your system, they can be used to generate custom puzzles in third-party title Word Puzzles by POWGI! 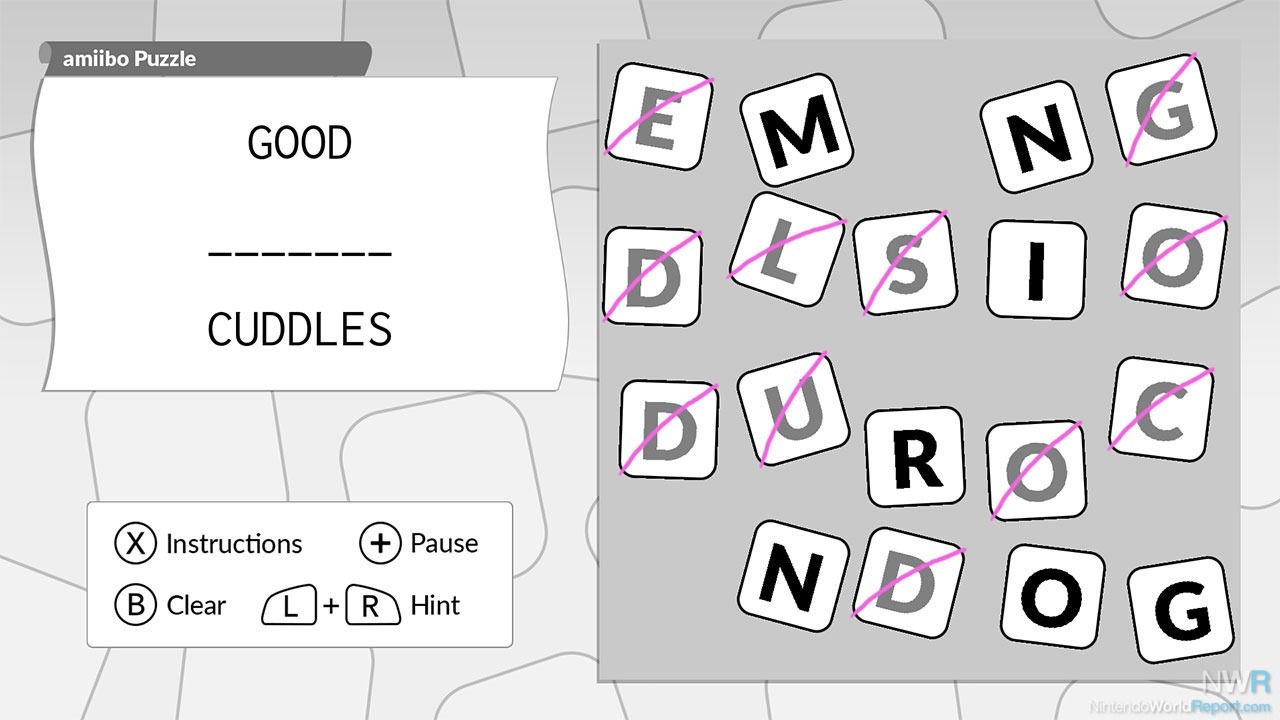 You'll need to register the amiibo card first before you can use it to generate puzzles in Word Puzzles by POWGI.

But even beyond their intended use, I think that a complete collection of Animal Crossing amiibo cards actually becomes even more useful, amazingly so, for anyone who can hear the patter of tiny feet...

This is genius! Nintendo has created an amazing name brainstorming tool for expectant parents everywhere! 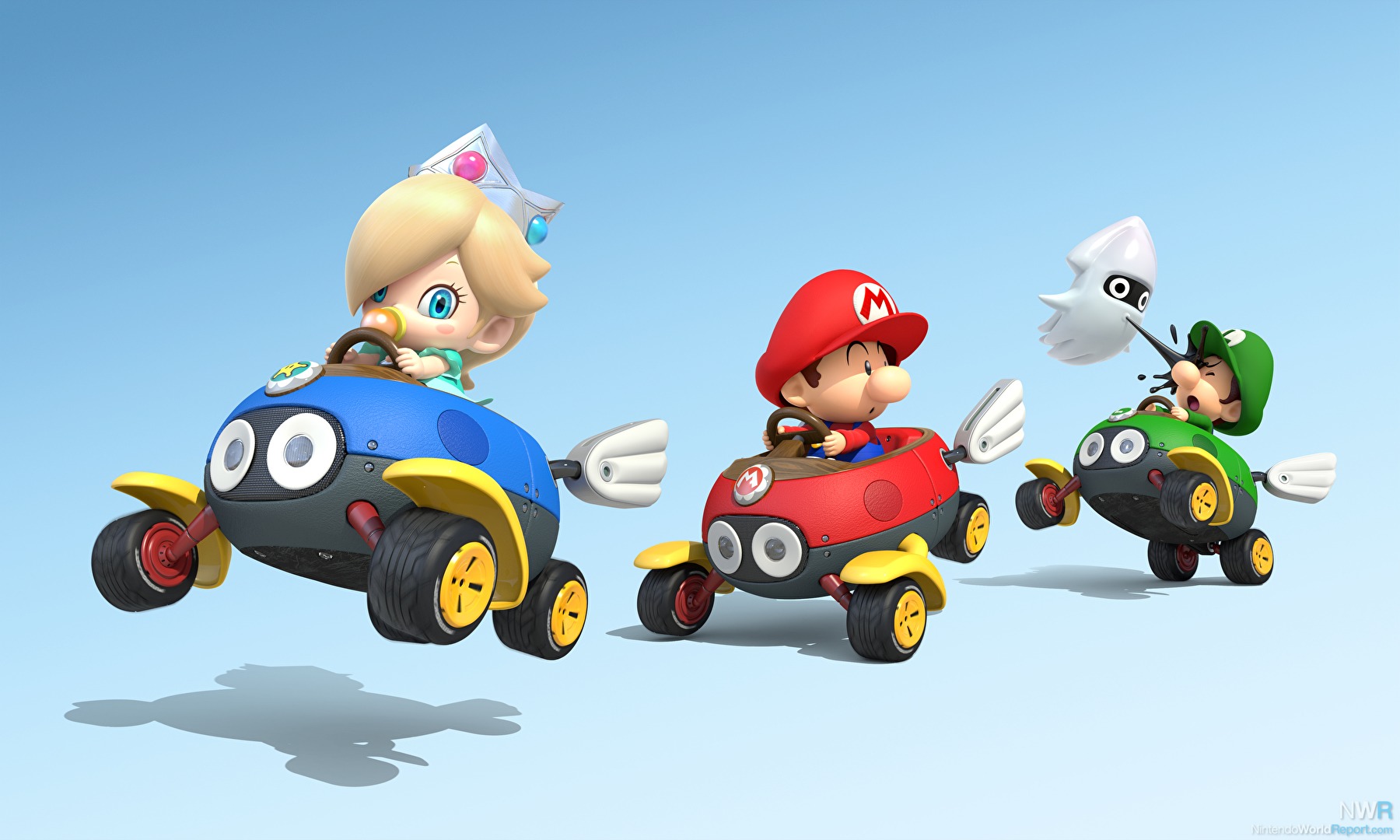 Rosalina, Mario, and Luigi. Or is that Isabelle, Tommy, and Timmy?

Sure, there are baby books everywhere and free websites you can go to, but Animal Crossing amiibo cards pull together almost a thousand distinct names (in English, French, AND Spanish!) with a truly unconventional and eclectic range of themes and influences.

Got a little girl on the way? If you pull out Card 207 you'll get three suggestions right away: Mabel? Layette? Pili? Or try Card 244: Tangy? Marine? Tricia?

Or perhaps you're expecting a son? Card 208 yields Leif? Racine? Gandulio? And Card 266 tries to inspire with Joey, Joseph, Pascual.

Stop getting cross-eyed by going over every single name in existence starting from the letter "A" and moving onward. What Animal Crossing amiibo cards do is kick start your name-finding process by giving you a manageable and tangible collection of curated names from all different sorts of influences and traditions.

I'm not necessarily saying you should name your kid Digby. But you know what? That'd be a cool story to tell young Wendell later in life.

Or you could burn them.

You could make yourself an Isabelle mosaic, just 12688 more and you could be a world record holder Kairon.

6) Hold-out hope that they're compatible in a future iteration of Animal Crossing in some way.  Imagine the next animal crossing - the only way you get new characters to come to your town is by scanning the Amiibo card.  Scan the Kappn Amiibo card to waive the fee to board his dinghy, Scan your Tom Nook Amiibo to unlock a secret "Gated Mansion" home upgrade, and your Isabelle amiibo will allow you not only to change your town flag, but also let you choose her wardrobe!


I wish the Animal Crossing Amiibo cards were more useful - but am still enjoying my time collecting them. Others here are way ahead of me though. I'm not even done series 1 and they've already released series 3?  Oh my...

6) Hold-out hope that they're compatible in a future iteration of Animal Crossing in some way.  Imagine the next animal crossing - the only way you get new characters to come to your town is by scanning the Amiibo card.  Scan the Kappn Amiibo card to waive the fee to board his dinghy, Scan your Tom Nook Amiibo to unlock a secret "Gated Mansion" home upgrade, and your Isabelle amiibo will allow you not only to change your town flag, but also let you choose her wardrobe!

AKA: How to make me not buy the next animal crossing game.

Technically speaking you only need 1 of each 1-6 for the dice instead of a stack, since if you have a stack you're probably drawing without replacement and thus changing the odds of a given number appearing with each draw  ;)

I feel like Smash is the only game that has actually justified having it's own Amiibo line. Neither the Mario nor Animal Crossing Amiibo have proven to be particularly interesting and the Kirby series of Amiibo only seems to exist as a giant middle finger to anyone who owns a Smash Series Amiibo of a Kirby character.

Well, Smash was really able to give you what you want: figures of your favorite Nintendo characters.  "All your favorite Animal Crossing characters" is a bit too narrow.

Plus you can make them into complete monsters in smash.

I really wish I could unleash Shell-Fire here against friends online.

In all honesty I'm loving my Amiibo cards, but I'm also stumped as to whether they'll ever be entirely useful in a game.

I'm impressed that these things are actually selling in the states. They're not that much more useful than the 'ol Nintendo e-cards, so why are they so much more successful?

Because in the words of my generation, they are cheap as f**k.

Apologies for my pessimistic post, as an owner of (at the current time, 13, jebas) Amiibo, I really hope that the line continues to have functionality and forward-compatibility in future games. Nintendo needs to just keep integrating them into games in unique ways to help me continue justifying my purchase. But I honestly cannot imagine getting into a specific series hardcore, and I've pretty much just stopped at Smash Bros.. It has the most variety and the most iconic characters. While I think game-specific characters like Wolf Link are neat, I can't imagine getting into these "franchise-centric" lines like Mario, Zelda, and Kirby. I mean, outside of those four Kirby characters, three already exist in Smash form! I can't speak for the Animal Crossing series in general (since I've never played an AC game), though I would certainly hope they would have use in a future game, like unlocking some special event for a character or whatnot.

I definitely think the card and statue combo was a mistake. They should have just done cards.

The thing that annoys me about the Kirby Series of Amiibo is that they are basically a blatant moneygrab.

A: It's distinctly different then regular Yoshi amiibo that came before it in terms of Design.

B: Because it's functionality in Yoshi's Wooly World can be replicated by the other forms of Yoshi Amiibo.

Heck I'll even accept the 8-bit Mario amiibo with some reservation because it nails  point A and they made skins specifically for Point B so it's kinda covered there.

The new Kirby Amiibo does neither of these things. It doesn't look that distinctive from its smash counterpart, in fact IMO it looks worse, and It is blatantly superior to it's smash counterpart because it unlocks an exclusive power in that game. Unless it comes in a bundle it is very unlikely I'll pick one up.

Yup, hit it right on the head, there. I get these Game-exclusive Amiibo are another way to sell bundles and make it look like you're supporting the Amiibo line, but in the case of new Amiibo not being backwards compatible or old Amiibo being forwards compatible, you're really shooting yourself in the foot with the potential of these devices.

Just wait until the Pokémon Amiibo cards come. They've already done a Dark Mewtwo card with Pokken Tournament so Nintendo's got to be thinking about it especially with new Pokémon games coming out later this year. Good thing I'm not a Pokémon fan.

Yeah, I've already promised myself that I will be staying out of any future Pokemon Amiibo Card collecting.

I would hope they just include those in the TGC to make them easier to ignore, but Pokemon amiibo is a looming storm waiting for the day of it's reckoning.