Donald and Matt break down the month that was, and what's still to come.

Donald Theriault (News Editor): So February was a bit of a busy month for all of us. Two or three Fire Emblem games came out, the Pokémon 20th anniversary party was held, and the rumor mill kicked into overdrive in the run up to the NX's reveal. What was the biggest thing for you in February?

Matt West (Associate Editor): While I was caught up in the swirling hype for Pokémon's 20th anniversary at the end of the month, the excitement ultimately couldn't trump the greatness of Fire Emblem Fates.

I'm almost finished with Birthright, and it's been everything I wanted in a successor to 2013's Awakening. The gameplay is just so addicting and rewarding that I find it hard to put down. I'm looking forward to sinking my teeth into an even more challenging campaign in Conquest as soon as I finish the Hoshido story line.

How about you? What did you spend most of your February playing?

Donald: I went through most of the month playing Mario and Luigi: Paper Jam, which I enjoyed quite a bit. But like you, I ended up getting sucked into Fire Emblem Fates. Right now I'm trying to get my characters together because despite the wacky justification I really want to get more of the children.

March gets off to a big start with The Legend of Zelda: Twilight Princess HD. Now that we've seen Neal's review, I think I'm ready to go diving back into the dungeons - it's actually the closest I've come to beating a 3D Zelda game since Ocarina. What's your history with Twilight Princess?

Matt: Back when the Wii was launching in 2006, I was really hyped to be getting a Zelda game alongside it, complete with motion controls. Unfortunately, it wasn't quite the motion experience I had hoped for, with waggle being the term I'd use to describe it. I'd have to wait a few more years for a robust, motion controlled Zelda game.

That said, I still adored Twilight Princess. It's probably the most flawed Zelda game to me, with the first couple of hours being the slowest in series history, and Hyrule being so vast yet so empty at the same time, but it's still 3D Zelda. The game hasn't aged as well as Wind Waker or Skyward Sword, either, so an HD version is welcome.

The HD version is also based on the GameCube game, which I've never played. The Wii version had to be flipped due to the necessity of Link being right-handed, so while the game will be familiar, it'll also feel sort of new.

And Twilight Princess has, by far, the best dungeons in the series. They're so good that it makes it worth slogging through the awful intro.

Speaking of Zelda, Twilight Princess HD isn't the only game starring Link that we're getting this month. Hyrule Warriors Legends is coming to 3DS, as well. Did you play the original Hyrule Warriors, and if so, are you going to double dip for the extra features? 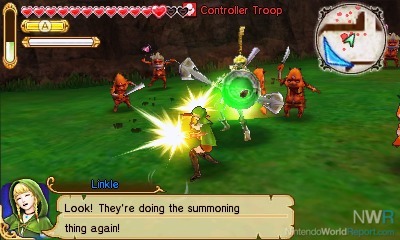 Donald: I did play a little Hyrule Warriors, enough to beat the main campaign at the very least. I'm mainly looking forward to having this on a portable, since the nature of the platform means I'm more likely to pull it out for a square or two of Challenge Mode when I feel like beating something up.

As well, I thought what we saw of Linkle in the November Direct looked like a blast to play, so I'm probably going to be playing a lot of her missions. I don't have as much attachment to the Wind Waker characters, but playing as a boat sounds like it'd be worth a laugh or two at the very least.

Are you going to be plowing through skeletons in Hyrule Warriors Legends, or will you be too busy beating fools down in Pokkén Tournament (March 18) to care? 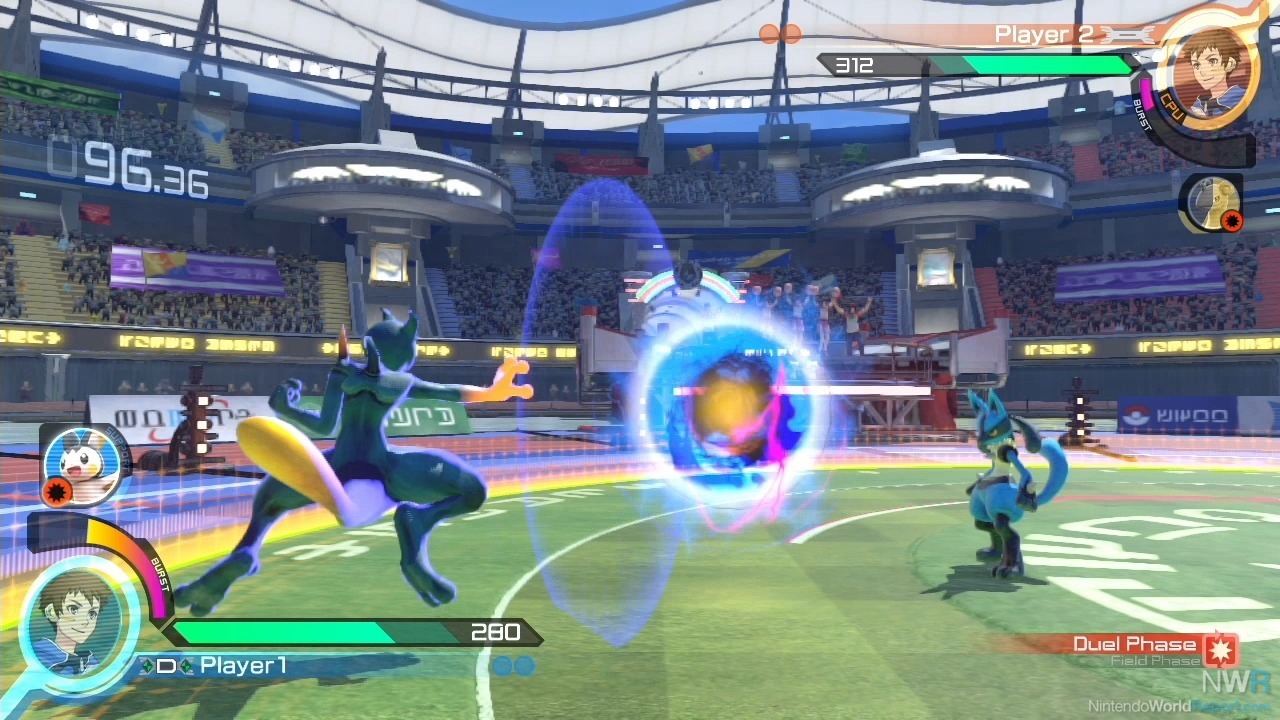 Matt: Since I've already played the Wii U version of Hyrule Warriors, and I've heard there are some technical issues in the 3DS game, I'm probably going to pass it up this time around. Linkle and the Wind Waker stuff look fun, but not enough to make me buy the game again.

I haven't yet made my mind up on Pokkén, but the more I see of it, the more I want to play. My biggest hangup is that it just seems like there aren't many playable characters. I know I've been spoiled by the roster size of Smash Bros, but when there are over 700 Pokémon to choose from, I can't help but feel as though more should have been included. I wouldn't be at all surprised to see a lot of DLC for this game.

Are you looking forward to Pokkén? What are your feelings on the current roster of fighters?

Donald: I'm definitely looking forward to Pokkén, so much so that I've already bought the Horii pad for it. But I'm sort of in the same boat about the roster size; especially since of sixteen confirmed playable characters there's two of the same species (Pikachu/Pikachu Libre, Mewtwo/Shadow Mewtwo). Maybe I expected more Fighting types in a fighting game, especially since there's Tekken archetypes represented in Pokémon that aren't in Pokkén, such as the capoeira fighter and the bear. They said there'd be no DLC for it, but I really have to wonder if there's going to be a quick turnaround for a sequel. I'll be reviewing it, so hopefully the existing roster is varied enough.

Those are the big releases, but there's a few other things coming out on Pokkén's day: Mario and Sonic head back to the Olympics, and we get the 2nd to last wave of Smash Bros amiibo and the probable last wave of Animal Crossing amiibo. Are you planning to grab anything on the 18th?

Matt: I've never been into the Mario & Sonic games, and I don't care enough about the Animal Crossing characters to buy the amiibo releasing on the 18th. I am, however, kind of interested in the Roy amiibo due to my current Fire Emblem Fates obsession, and his functionality in those games. We'll see if I can find him in stores at some point!

I think we've covered most of the announced Nintendo news for March, but are there any unannounced things you're hoping to hear about this month? Do you think we'll get a Nintendo Direct at some point? Or maybe even a glimpse of some new Pokémon from Sun and Moon at some point?

Donald: I think there'll be a Pokémon reveal for Sun and Moon this month, but given that I don't see a lot of new Pokémon coming in this game either they're going to parcel them out very slowly. We might get a confirmation of the woodpecker-like thing that we saw the model of on Friday, but I'd be surprised if we get any more than that.

As for general news stuff... we might get a PR this month revealing some things through June, but I think their big push is going to be for Miitomo despite our best efforts. We may get a Direct around it to hype it up, along with some other announcements - I'd really like to find out what's going on with Style Savvy 2 and Genei Ibunroku, plus get final confirmation that Mother 3 is coming outside of Japan.

Are you expecting anything major this month?

Matt: I am going to go out on a limb and say we'll get a Nintendo Direct near the end of the month. We know very little about how the rest of 2016 is going to shape up, and I think it's about time for one anyway. Star Fox Zero looms for April, but we still don't know a whole lot about it. Not to mention nothing betond that has a firm release date, and if rumors are to be believed, Nintendo has a handful of games they haven't officially announced yet for this year. Oh, and if Mother 3 is coming west, I think the next Direct is likely when we'll hear about it! Fingers crossed!

I don't expect any news on NX in March, so we'll have to wait a bit longer for that. But some release dates for 2016 GOTY Metroid Prime: Federation Force, Dragon Quest VII, Genei Ibun Roku, and more should be coming soon.

And yes, I think we'll get a handful of Pokémon revealed this month. The new bird is a good, obvious choice, but what I want to see the most are the three new starters!

Is there anything else you're looking forward to this month? There's certainly a lot happening to keep Nintendo fans busy.

Donald: I'm glad you remembered the proper name for the first game in that list in particular. And I've pretty much taken the tack that when they said "no NX news this year", it was the fiscal year. 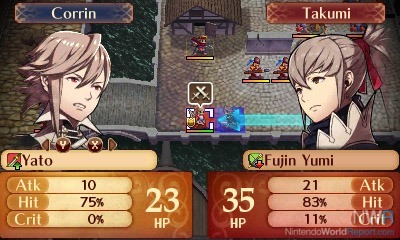 There's a couple of other Fire Emblem Fates related things I'm curious about that should come to pass on March 10: The release of Revelations since I ended up sending a limited edition to Daan Koopman, and the NPD results for February. Before Fates launched, I wouldn't have been shocked if it ended up anywhere between 1 and out of the top 10 for that month. But the 300,000 sold opening weekend makes me think it could be the best selling new game of the month, unless the game still being sold out skewed sales heavily to the digital side. How is Fire Emblem stock looking in your area?

Matt: During its release week, I didn't see it in stock anywhere. Stores in my area must have recently got replenished, though, because over the weekend I saw both Birthright and Conquest well stocked in multiple stores. The game is fantastic, so I'm really glad to hear that it's doing so well! I currently only own the physical copy of Birthright, but I'm really looking forward to sinking my teeth into Conquest, and then Revelation when it releases in a couple of weeks. Between Fire Emblem, Pokken, and Twilight Princess HD, I've got a lot of gaming to do this month! I just hope I have the time for all of it!