Predictions For The Game Awards

The NWR staff takes aim at what might be on Thursday night, aside from Cranky Kong. 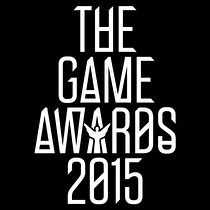 We know that Nintendo is going to have a presence of some kind at the 2015 Game Awards, aside from winning the Best Family Game category by default. The company is up for several awards, and Reggie Fils-Amie is a part of the advisory committee. Nintendo heavily hyped last year's awards on social media, and the results were Mario 3 and World in Super Mario Maker (yay!), Codename S.T.E.A,M's release date (yay) and Zelda for Wii U (WHAT????)

There's going to be an Ocarina of Time remix performance, but there's bound to be something beyond that. Reports of a tribute/lifetime achievement award for the late Satoru Iwata fired up following Geoff Keighly's Periscope session on Sunday, but he's since walked that back. And Nintendo is offering tickets to followers of their social media channels. So what will we see? We've looked at the possibilities for five Nintendo franchises that might be among the "world exclusives", with several different points of view. 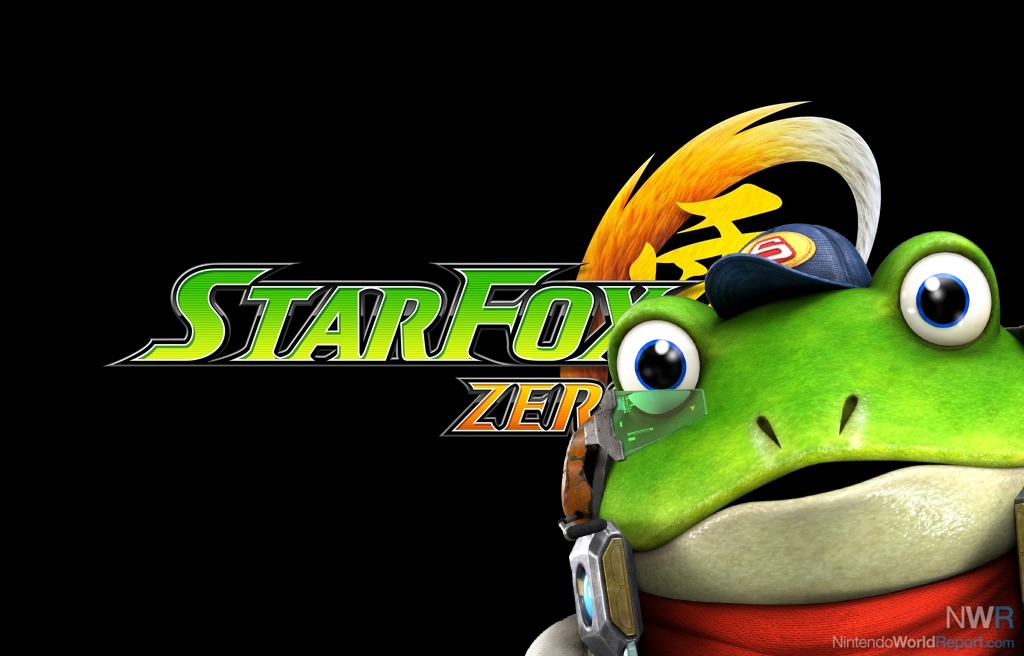 The Realist - Shigeru Miyamoto intros a video (from Japan, because he is a busy man) that shows off more levels. He then prattles on about refined controls (that seems identical to what we saw at E3) and shows off an Arwing Amiibo.

The Optimist - The video shows four-player co-op for local and online. And the controls look awesome. Also, Slippy closes out the trailer by farting a rainbow.

The Cynic - Turns out Star Fox Zero isn't a new game. It's just literally Star Fox 64 HD. And you can only play it with Amiibo.

The Pessimist - Fils-Aime walks on the stage and talks about Star Fox's legacy. Halfway through the talk, it is clear that he realizes that Star Fox games haven't been successful in 20 years. He abruptly cancels Star Fox Zero while muttering "those damn Platinum Games things don't sell anyway" and reassuring everyone that the Star Fox Amiibo line is still coming because "you mooks will buy it anyway." 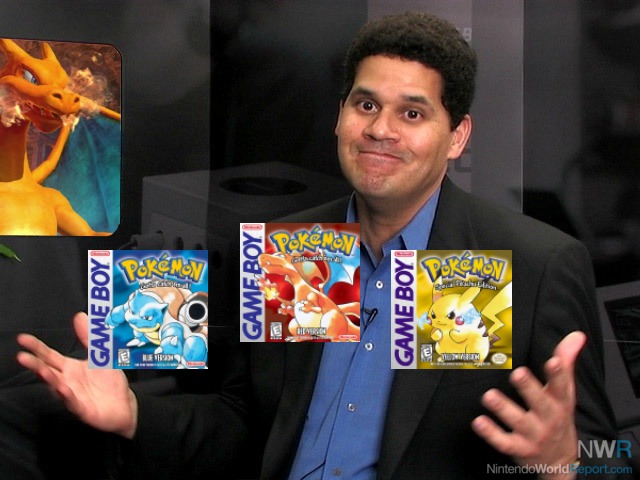 The Realist - There's a reminder of the Pokémon Virtual Console releases, leading into a trailer for Pokkén Tournament that confirms its May 27 (or last Friday in May) release date outside of Japan and shows off what noted fan favorite Charizard can do.

The Optimist - Reggie comes out on stage after Twitch Plays Dark Souls wins Best Fan Creation, and announces the next mainline Pokémon game (Pokémon Z) will release September 2016 on 3DS. Among the features are a full Battle Frontier in the style of Pokémon Emerald, and Twitch Plays support built directly into the game so anyone can attempt to summon their own Helix.

The Cynic - A trailer is shown for the Virtual Console releases of the original versions, but they added one other feature - the only way to get Jigglypuff, Pikachu, Charizard or Mewtwo will be by tapping the respective Pokémon's Amiibo.

The Pessimist - The Virtual Console releases are priced... at $20 each. Reggie shrugs it off by saying "It's a miracle these games even work, trying to get them to work with a wireless function took the effort we would have put into Pokémon Z. See you on the next handheld." 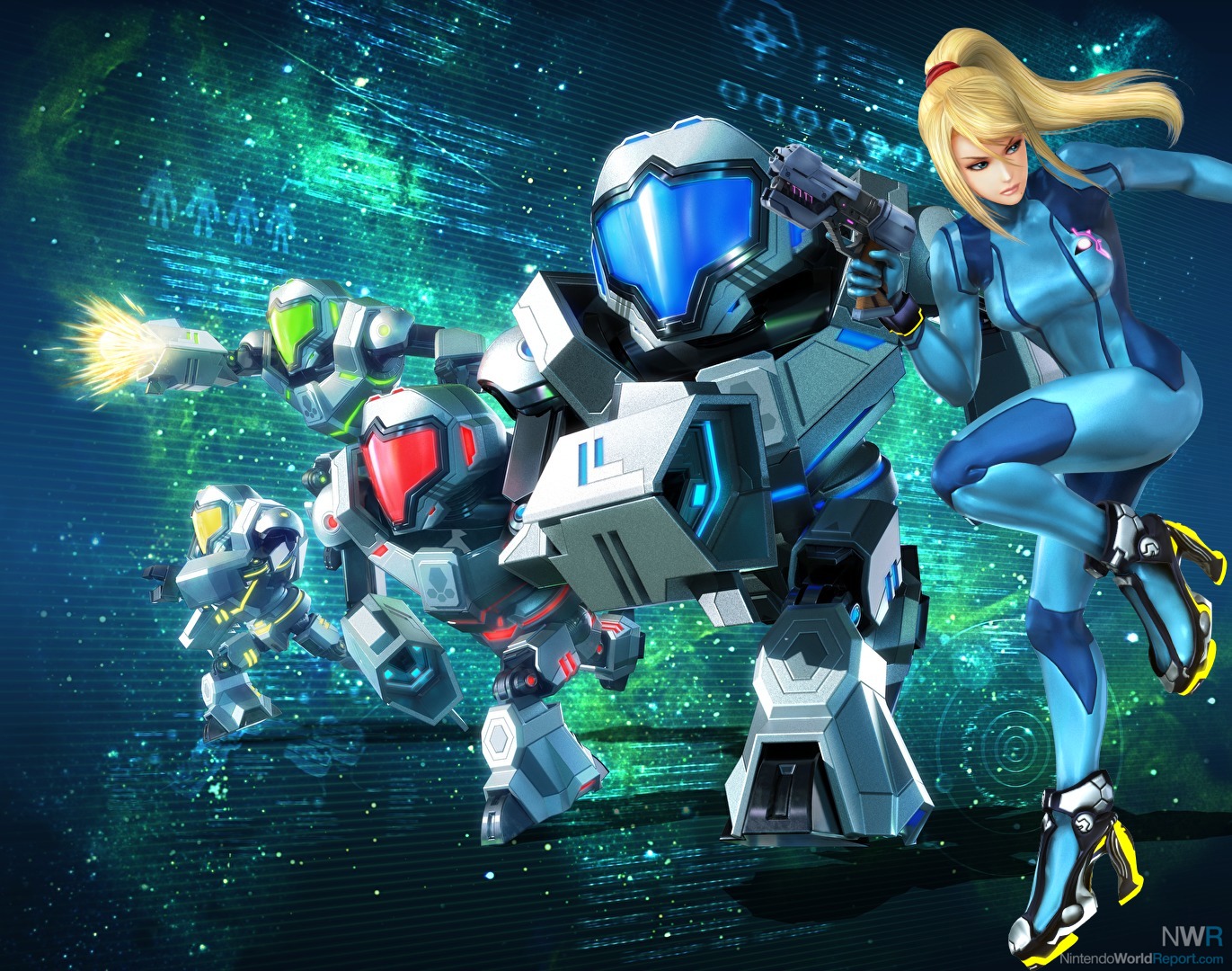 The Realist – Nintendo shows an upgrade to the Metroid Prime: Federation Force E3 demo. Fans are still bitter but have fun with the demo. Otherwise, Metroid isn't mentioned much.

The Optimist – Everything we've seen of Metroid Prime: Federation Force has been from minigames, and a full story starring Samus is announced. Federation Force is actually a prequel to Metroid Prime 4, a launch game for NX. Here's a trailer. To help with the wait, Nintendo announces SNES VC games for 3DS, and Super Metroid is a free download for anyone that has it on Wii U. Miyamoto mentions that he has a team working on a concept for a Super Metroid follow-up, and that he hopes to please fans that didn't like Metroid Fusion.

The Cynic – Metroid isn't even mentioned, and Reggie wears his damn Samus pin to taunt us. When asked about Federation Force, Reggie just talks about how much he loved Super Metroid as a kid. His eyes get kind of misty. Reggie does remind us of the great content available this holiday, such as Animal Crossing: Amiibo Festival and Mario Tennis: Ultra Smash. We get an extended gameplay trailer of Xenoblade X.

The Pessimist – Nintendo isn't even going to come. Just Reggie. Reggie will spend twenty minutes on stage challenging children to Super Smash Bros. He's been in hiding since his miserable performance at E3. Reggie lets slip that every Nintendo game is delayed because he forced every developer to train him in Smash. He says he hopes they add Ridley, because Ridley is cool, and everyone gets excited. However, Nintendo later states that Ridley would be an awful character and that Dark Samus is being considered instead. Nintendo also says that Metroid isn't successful and that Federation Force's sales decide whether or not we ever see Samus again. 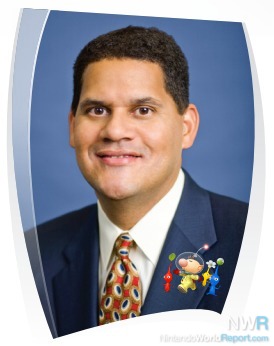 The Realist - Reggie is accepting some award from Geoff while wearing a Captain Olimar pin. During the banter, he accidentally slips that Pikmin 4 is coming next summer and hopes they bring back Best Strategy Game for it.

The Optimist - Following Nintendo winning Studio of the Year and Game of the Year, Reggie says "We've got a great lineup for next year, and it's going to be even better. Let's take a look." Cut to realtime game footage of Pikmin 4 on Wii U that looks like the trailer that ran at E3 2012, Hyper realistic batteries, fruit et al are strewn about as the Pikmin do their thing, before some giant freakish animal stomps out of nowhere. The trailer ends on "February 12. Demo available now."

The Cynic - Pikmin 4 is announced, and a revolutionary new feature is introduced where you are capped at 10 Pikmin unless you tap an entire collection of amiibo to get two extra Pikmin slots. No release date is given, fueling rumors of a NX handheld port. The press release makes mention of a brand new multiplayer mode that is aimed at the eSports crowd.

The Legend of Zelda 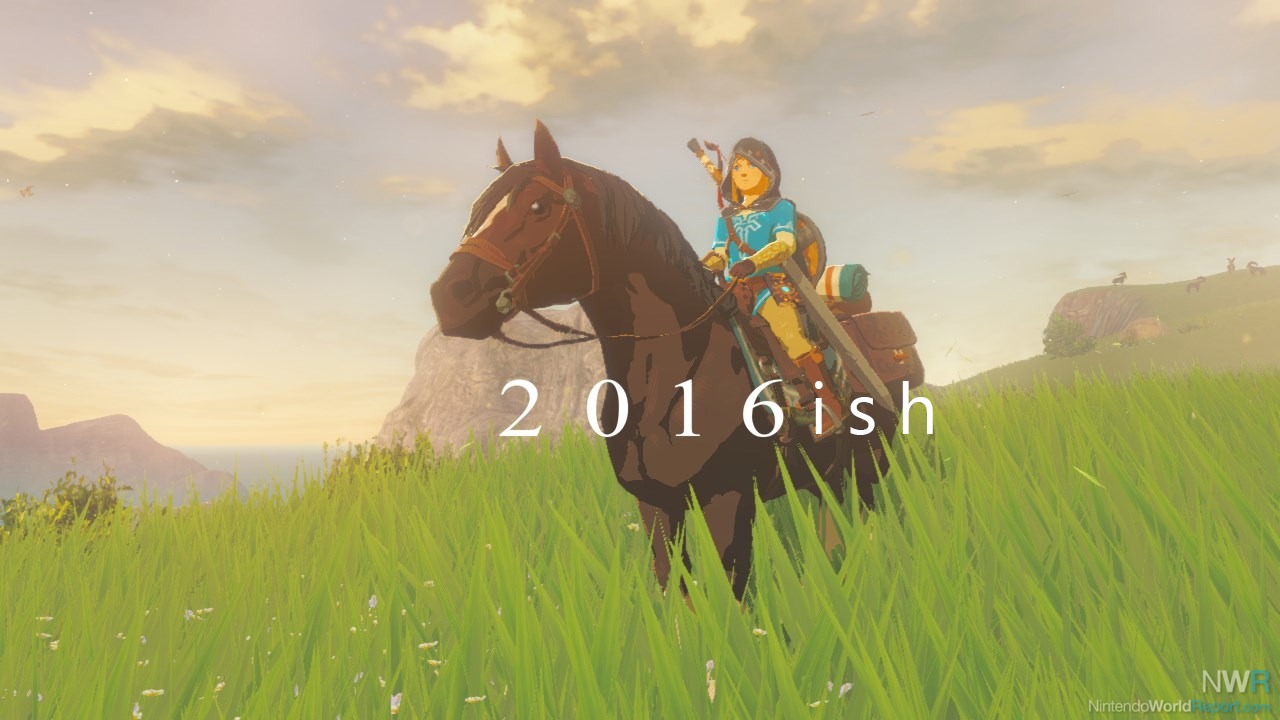 The Realist - Reggie Fils-Aime shows off more Twilight Princess HD footage, explaining what the Wolf Link Amiibo does. Nothing is uttered about the new Zelda on Wii U other than "it's still coming in 2016, for real!"

The Optimist - The above still happens, but instead of Fils-Aime, it's Eiju Aonuma via a pre-recorded video explaining Twilight Princess HD's new additions and tweaks. An honest-to-goodness Zelda on Wii U trailer follows that up, showing actual, legitimate gameplay and dungeons.

The Cynic - The same video footage from last year's Game Awards is shown, because, seriously, nothing has changed for either game since then and that video is still appropriate.

The Pessimist - Twilight Princess HD is delayed to fall 2016 and The Legend of Zelda on Wii U is cancelled. Also, Santa Claus isn't real, your dog is dead, and your mother doesn't love you.

Hmm. It's hard to say what Nintendo is going to do because the Game Awards is a chance to make themselves relevant, but the past two years haven't exactly executed on that premise. However, if anything is going to happen, anything at all, it's going to be updates or confirmations of things we already know about. That means games we have heard about before or that already exist. No earth-shattering reveals.

I think, with Nintendo having two large anniversaries next year (Pokemon and Zelda), there will be some attempt to appease people with both of those. Nothing mind-boggling, and certainly nothing as in-depth as Zelda Wii U's showing last year. I could see a small tease for the next Pokemon, even a confirmation of Pokemon Z as the next game's title.

I also think we'll see Metroid Prime: Federation Force, which appears to be occupying the same sort of reputation as Code Name S.T.E.A.M.. And yeah, I'm gonna go out on a limb and say there will be another Smash Bros. reveal.

Nintendo will be a wet blanket by announcing their next smart device game there.

Im not expecting much. Isnt this the event where they announced Cranky Kong for DCK TF?

Reggie announces that Zelda Wii U has character customization. Because every open world game needs it. Someone asks about a boob slider for the female character and Reggie smiles and shakes his head up and down.

"Are you sure that this will be released next year?

Yes all of the staff are working hard doing their best. By the way Mr Miyamoto, how's Star Fox coming along?

You're asking me about this now! No worries about Star Fox, Star Fox will arrive before the Legend of Zelda next year.

And before then we'll be releasing Twilight Princess."

I like Miyamoto and all but that guy needs to retire already, he has been the public face of Nintendo my whole life and he is getting stale. They should also fire Reggie and replace him with someone that plays video games.

Yamauchi didn't play video games but he did pretty good in launching a video game empire and recognizing good games and talent. Playing video games doesn't seem to be a major requirement in getting success out of the videogame market. Iwata proved that you can be high and low despite that experience.