How Nintendo’s promotional VHS taped changed how we learn about upcoming titles. 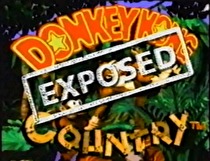 Being a Nintendo fan was very different 20 years ago than it is today. Very few people, especially kids, had access to the Internet. Video game news and information mainly came from a variety of magazines. Nintendo Power was what I considered the trustworthiest of them all since that news came directly from the source.

Back in 1994, gamers rarely got to see video games in action before their release. Most of the time, all we had was screenshots in magazines or (in rare cases) some footage played in a store. One day, however, that all changed when I received a special VHS tape in the mail from Nintendo Power. This tape was none other than Donkey Kong Country Exposed.

Donkey Kong Country Exposed took players inside Nintendo of America’s headquarters and revealed a lot about the upcoming Super Nintendo title. It clued viewers in on the game's story, development, music, and more. I don't remember if I had heard about Donkey Kong Country before watching this tape, but I was insanely hyped after watching it. 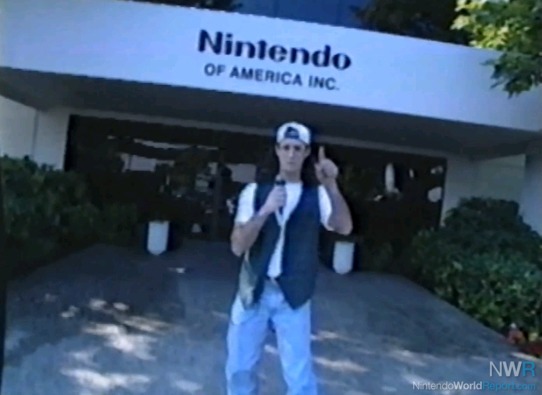 This promo video is significant to me for a number of reasons. For starters, it allowed people to get a glimpse inside Nintendo of America's headquarters. It may sound lame, but I even found Cafe Mario, a cafeteria within Nintendo of America, rather exciting. Second, Donkey Kong Country Exposed is probably the first time most people outside of Nintendo learned about the internal product development team know as the Treehouse. This group was in its infancy at the time so I still find it fascinating.

Finally, Donkey Kong Country Exposed allowed players to see a game in action at home before it was released. Even the behind-the-scenes stuff was mind blowing to me at the time. Because of this promotional item, the path to learning about upcoming games was no longer confined to magazines. The form in which people were able to consume gaming news began to change. 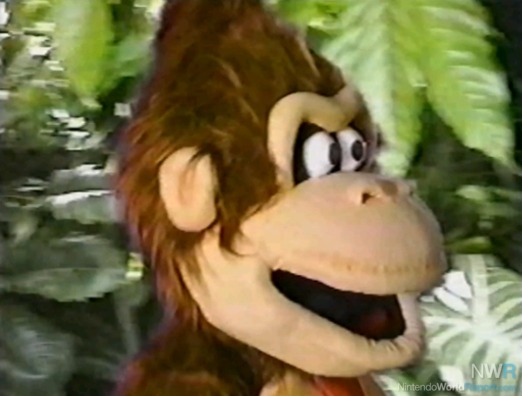 This humble VHS had an enormous effect on me, probably due to watching it easily over 100 times. Donkey Kong Country became the first game I ever bought on its release date (actually I got it a few days early). It also reaffirmed one of my earlier childhood dreams of wanting to someday work for Nintendo of America.

In the end, Donkey Kong Country Exposed helped market and hype the revival of Nintendo's ape mascot in an amazing fashion. The format was a success and Nintendo sent other similar videos out over the years, most notably for Star Fox 64. Promotional VHS tapes may be gone, but one could argue that they are a predecessor of the Nintendo Directs we see today. Regardless, Donkey Kong Country Exposed will always have a special place in my heart, even after all these years. 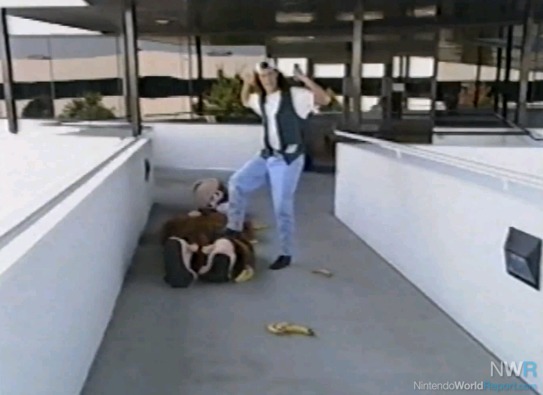 Nintendo Directs are more like evolution of Iwata Asksand are it's president was the main initiator of them.

Interesting to see some minor changes during development. The 1up sound is different, he implies the snow level rewards you with a balloon if you get through the barrel blasting perfectly/almost perfectly(?), Rambi looks like he's doing the charging move from DKC2 (though I could be wrong), the banana counter goes well into the hundreds, and the hit detection a little more forgiving in the video (Enguarde runs right into a spike tire). Happy 20th DKC!

I never saw this tape at the time but do remember some ad for it in Gamepro I think.  Does that make sense?  Nintendo advertising this in mags besides Nintendo Power?

I remember all the big hype for DKC and reading articles on the process of how they made the graphics, which in retrospect I didn't understand fully at the time.  It's probably better I didn't understand it because then the trick was more effective.  I figured the SNES was really capable of creating graphics like this.  I don't know if younger gamers really get how big of a deal this game was.  Out of context it's just Nintendo making a good Mario clone and the amazing graphics look really bad at higher resolutions, particularly in comparison to more traditional sprite art from the same time period.  But at the time on our old CRT TVs with coaxial connections this seemed like the greatest looking game ever made.  It was jaw-dropping show-off-to-your-friends stuff.

Though my first impression wasn't very good.  Back before E3, new videogames were revealed at the Consumer Electronics Show so the first time I found out about DKC was in an issue of Gamepro where they covered the show.  They raved about the graphics but the screenshots they had were terrible!  I could barely make out what was what.  They must have pointed a camera at a screen to get them.  So it was only later as they had more previews that I really saw what it fully looked like.  And the first time I saw video footage?  The commercial of course!  Man, it is so much easier to get info on a game now.

I definitely remember getting this one, as well as many of the other NP videos. I do wonder what production company made them. One that always gets interesting reactions is the Pokemon one. If you've seen the Star Fox 64 and Diddy Kong Racing ones it's in line with those, but people who haven't seen any of the others think it's really weird.

I was so hyped for DKC because of this tape (of which I must have watched hundreds of times)!  ;D

I remember having the VHS for Donkey Kong 64 I think it was, until my older brother snapped it in half in a fit of rage.

I remember having the VHS for Donkey Kong 64 I think it was, until my older brother snapped it in half in a fit of rage.

If you still feel the need to own it, it's not too hard to get on eBay.


I really wish Nintendo had asked CollegeHumor do a spoof/tribute of these for DKCR/Tropical Freeze/Star Fox 64 3D.