Your Guide to the April GBA VC Games 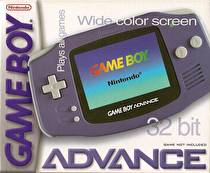 Nintendo is rolling out Game Boy Advance games in a big way in April, and we thought it might be a good idea to let you readers know which ones are worth your time (and money). You may already have many of these games on GBA, and a lot of you probably have a few of them as Ambassador games, but for the rest of you, consider GBA on Wii U to be the newest version of the GameCube’s Game Boy Player. 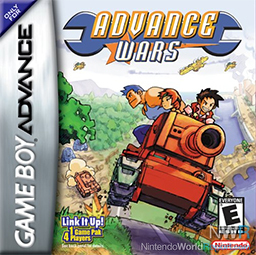 Everybody loves Advance Wars...apparently. It’s a turn-based strategy game with several types of units, lots of terrain types, and commanding officers who act like stat buffs. The original game isn’t much to look at, but people seem to enjoy it. Turn-based strategy games give me hives, though, so I’m staying away. Assuming Nintendo continues releasing GBA games, we might also see Advance Wars 2: Black Hole Rising and—who knows—maybe the DS games, Duel Strike and Days of Ruin. 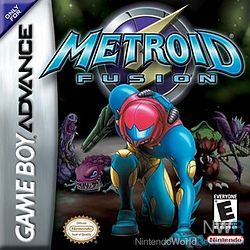 3DS early adopters already have Metroid Fusion as an Ambassador game, and make no mistake, Metroid Fusion is one of the best Metroid games. Samus is stuck on a large space station that’s home to six artificial environments where she must stop a dangerous organism (the “X” parasite) from escaping and spreading throughout the galaxy. She is also stalked by an evil, X-based clone, the SA-X, and meetings with your pumped-up doppelganger are always rife with tension. On the other hand, the game is heavily “mission-based,” and there’s a lot of text and story getting in the way. At a certain point near the end of the game, you’re literally locked onto a set path and can’t go hunt for items, which bugs the hell out of me. But if you haven’t played it, Fusion is worth your time—it’ll be a great stopgap while we all wait for Zero Mission. 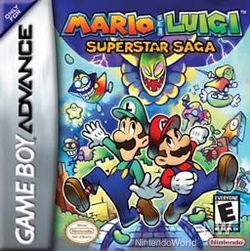 The original, and by the far, the best of the Mario & Luigi games is a must-have. The localization is spectacular, the characters you meet are just hilarious, and this game (unlike all the sequels) have really interesting, complicated Bro Attacks that require precise timing and button presses to pull off, but successful attacks are massively overpowered. The brothers travel to the BeanBean Kingdom to stop the evil witch Cackletta and her furious minion Fawful from obtaining the Bean Star. The game’s isometric view is reminiscent of Super Mario RPG, but the combat is simpler, and the writing is just perfect. And unlike the next three games, which all seem padded far beyond reasonable length, Superstar Saga ends just when you think it should. 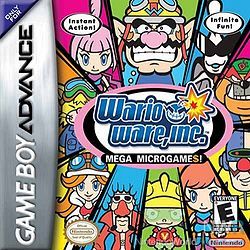 Here’s another Ambassador game, and boy, it’s a doozy. WarioWare is difficult to describe to people who haven’t experienced it, but here goes: you have like three seconds to do something correctly (like insert a finger in a nostril or jump over an obstacle) before you’re shuffled on to the next three-second thing. WarioWare is made for people with ADD, and you’d think it would just be obnoxious and irritating but it works, somehow, and it’s really addictive. While it’s not for everybody, WarioWare is definitely something everybody should at least try in order to experience the insanity first-hand. 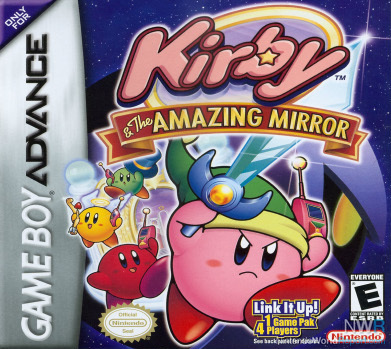 Kirby and the Amazing Mirror

Oh look, another Ambassador game. This is probably the worst core Kirby game ever released. Remember the obnoxious level design in The Great Cave Offensive (from Super Star) and/or Subspace Emissary (from Smash Bros.)? Kirby and the Amazing Mirror is an entire game of that crap, with the addition of several AI companions who are dumb as a bag of hammers. Your goal is never clear, the maps are horrifically interconnected, and there are parts where you’re supposed to cooperate with your companions but they don’t do shit because they’re so terrible. Skip this game. 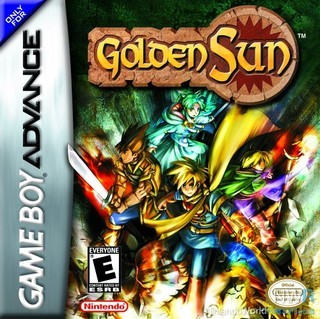 I have hazy memories of Golden Sun being really pretty, but otherwise kind of bland. The story is good, I guess, which is important for an RPG. I just remember being utterly frustrated by the overworld progression while being simultaneously engrossed by the "how is this possible" battle scene graphics. There's a sequel on the GBA that allowed continuation from your Golden Sun save file (awesome) and a DS sequel ("Dark Dawn") that wasn't as well-received. 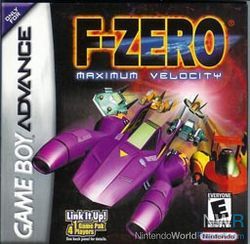 This lovin’ spoonful was a GBA launch game, and it suggested that the system was a powerhouse on par with, or exceeding, that of the fabled SNES. It’s also an Ambassador game. Maximum Velocity is a true, blue F-Zero game with all the Mode-7 graphics you can tolerate and some really wonky controls. You use the L and R buttons to “drift” left and right, but you can’t actually turn without decelerating radically. The nuanced solution is to rapidly tap the A button through every turn, thus quickly wearing it out. Maximum Velocity is also crazy difficult, with unforgiving courses and catch-up AI. Worth a shot if you’re a super-fan, but otherwise it might be best to leave this one behind. 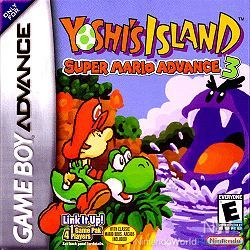 This is the part where I lose my mind a little bit. Yoshi’s Island is one of the most creative platformers ever made and one of the prettiest games on the SNES. Like many other Mario games, it was ported to the GBA under the “Super Mario Advance” moniker. To be fair, the game actually features new content: Yoshi makes a bunch more noises lifted from Yoshi’s Story, and they actually designed some brand-new courses specifically for this release. So, on balance, this GBA version has more stuff than the SNES original. But here’s the thing. The musical quality has taken a noticeable dive. The GBA’s screen is not as large as your TV, so certain critical visuals in many stages are not visible until either (a) the last second; or (b) it’s too late. This is an especially common problem regarding Red Coin-carrying Shy Guys, who often leave forever after a short amount of time. Wondering why you only got 19 Red Coins? This might be the cause. The graphics seem washed-out and there’s a weird blur when the game is in motion that wasn’t present in the original game. Nintendo did, however, manage to either emulate or re-engineer the Super FX-2 chip for this GBA game, because all the fancy sprite-scaling effects are reproduced.

And that’s the real problem: instead of figuring out how to emulate the superior SNES game, Nintendo is taking the lazy way out by giving us an emulated port of the SNES game. I will truly never understand this. I know that the game CAN be emulated, graphical fanciness and all, so the fact that Nintendo is, at this point, going out of their way to NOT emulate the SNES game makes me think you should boycott this VC release. Having said that, Yoshi’s Island is a fantastic game.

Hurray! Wii U is saved!

I wouldn't say that, but I will be buying Advance Wars and I might buy Metroid Fusion and Warioware.

I've already got most of those on 3DS through the Ambassador program, but I'll definitely be picking up Advance Wars and Mario & Luigi. I've always been a huge fan of the former and never had a chance to play the latter.

I'm going they sell tons of copies of advance wars and decide it's finally time to make the next one!

A fairly solid first lineup. Mario and Luigi, Advance Wars, and Metroid Fusion are the ones that I would recommend to the uninitiated.

Just give me "Mario Bros. Classic" on the 3DS with a wireless vs. mode for four players (online would be a bonus).  That's all I want.

Just give me "Mario Bros. Classic" on the 3DS with a wireless vs. mode for four players (online would be a bonus).  That's all I want.

I would have agreed with you 4 months ago. I remember playing that with friends for hours. Then I bought NES Remix. Holy cow that game really didn't age well

There's probably a reason you liked the Advance version but not the NES Remix.  The Advance version has much tighter controls and better physics.  Which is why I want it re-released in a similar manner to Four Swords.

On a side note, I'm totally eying the second hand market for a Mario Bros. cabinet to add to my slowly growing collection. :D

It was actually on super Mario all stars we played it, but it may have had the better controls and physics there too in that case I'll say good point

Yup.
The original, ports (including the NES version and it's various re-releases), Remix and Luigi Bros. from 3D World all had the "floaty" physics, while Mario 3, All-Stars and Mario Bros. Classic have the "improved" physics.

Well youch, somebody loves Kirby and the Amazing Mirror

Right first things first if you are going to make a buying guide of some sort then for god sakes don't just go out of your way to bash a specific game you as a person don't like, you know what here, I'm going to try to consolidate our two vastly different opinions of the game.  Also I fail to see the comparison to subspace emissary for level design.

Oh look, another Ambassador game. This is probably the worst core Kirby game ever released.

For what it's worth, I really like Kirby and the Amazing Mirror... but think I'm in the minority. Took a while to figure out what was going on, but the exploration and special powers were fun to play around with. Even I had to admit that the map was poor and the lack of multiplayer really hurts the value; AI partners are heavy on the "A" and extremely light on the "I", where playing with a friend could have been much more fun.


There was a podcast RetroActive discussion about it a while back that is worth listening to for anyone interested.