Paving the Way We Play: A Better Fit

A little fun can take the work out of "workout". 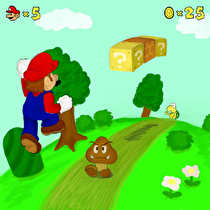 Next month we will see the release of Wii Fit U, and exercise fanatics everywhere will rejoice at the amazing free trial promotion. That's all well and good for those who are already in great shape and want to keep up their daily workout routine, or for casual players looking for the latest exercise fad.

Wii Fit is fun and all if you're already committed to losing weight or keeping fit, but the series lacks the kind of compelling draw needed for people without the motivation to start. What about the husky kids out there who have a choice between exercising with Wii Fit and sitting on their butt playing Pokémon? Nintendo needs to spice up their fitness kick with some variety, something that will be fun for their core fanbase to repeatedly come back to and play through multiple times. 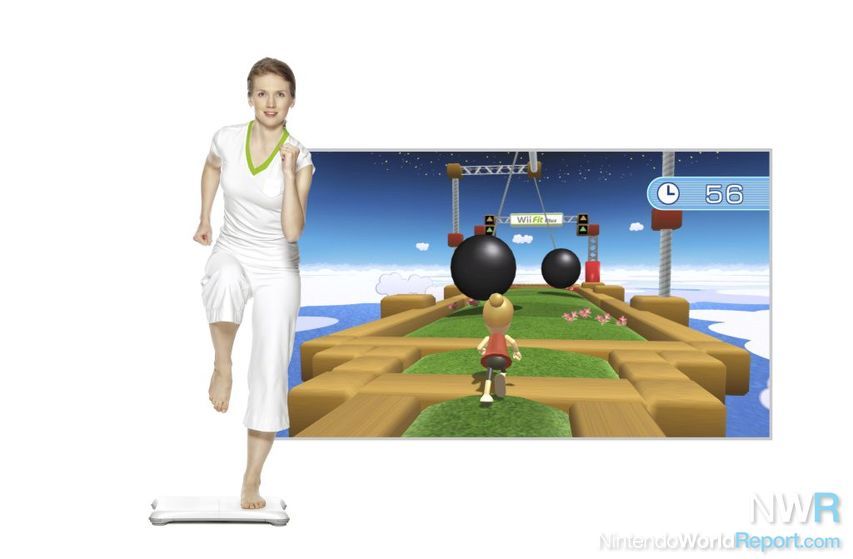 I see potential here. All we need are some Goombas...

Why not develop full-fledged games based on Nintendo's popular franchises with a fitness aspect added into the core gameplay design? We've seen plenty of games that take some basic concept of movement and have experienced first-hand how fun they can be. Metroid Prime 3 showed us accurate aiming mechanics using the Wii Remote. The Wii version of Punch-Out!! could be a workout in itself. All but the most uncoordinated of players sang praise of the fighting controls in Skyward Sword and Nintendo Land's Zelda: Battle Quest. Additionally, we have games in which the Wii Balance Board allows us to have reasonably accurate forward movement, like the Obstacle Course mini-game in Wii Fit Plus, the recently-updated Wii Street U, and the excellent interactive J-horror game Ikenie no Yoru. What I'd love to see is a combination of these elements implemented into a Nintendo-themed Wii Fit game, or even a main franchise game that simply uses these elements by default.

Imagine a 2D side-scrolling Mario game with a behind-the-shoulder third person perspective, showing the landscape “rolling” over a hill towards you in a manner similar to recent Animal Crossing games. All the Mario platforming trimmings we've come to expect could be there, stomping on enemies, collecting coins and power-ups, dodging obstacles like Thwomps and Fire Bars, in a series of short levels where the players puts themselves in Mario's shoes. Much like in the aforementioned Wii Fit Obstacle Course, trotting left and right on the Balance Board could propel Mario forward, while a quick crouch and then straightening up again would make him jump. Like in the original Super Mario Bros. moving back would not be allowed, but Mario could backtrack a short distance by holding the Wii Remote's B trigger as players run. Descend pipes by stopping and crouching on them, or even fling fireballs by shaking the Wii Remote. Perhaps the Remote's D-pad, or even the Nunchuk's analogue stick, could be used to steer Mario left and right by a small margin allowing players to navigate around obstacles or choose between branching paths or doorways. For a Mario game it would be more simplistic than the usual fare, but as a workout game with a little creativity in the level design, it could be a lot of fun! 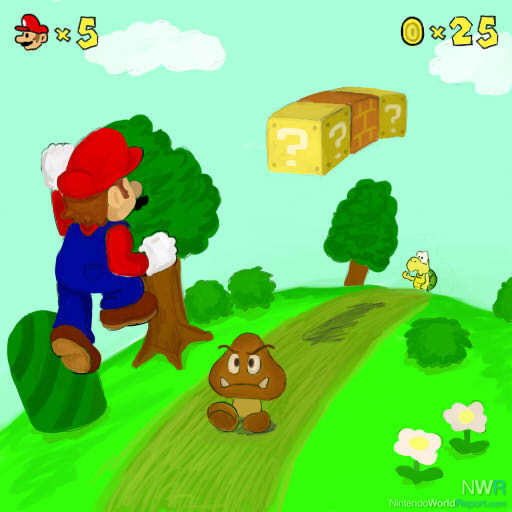 Something like this. Each level could be a 5-minute workout!

A first-person Metroid game could work in much the same way, walk on the Balance Board to move while aiming with the Wii Remote to shoot at things. Point towards the edges of the screen to turn. For Samus' Morph Ball ability maybe the player would need to crouch to go into the ball formation, then lean forward to roll through a pipe or passageway. Why not couple the Balance Board movement with Zelda: Battle Quest sword-fighting for a unique Zelda game! Place the GamePad on its upright stand in front of the TV to give you a map that slowly fills itself in as you explore dungeon corridors. Use the GamePad like a camera and Balance Board walk your way down a nature trail in the next Pokémon Snap game. Flap your arms like a lunatic just like Wii Fit's Bird's Eye flying chicken game, while duking it out in a Balloon Fight tournament. Tread lightly as you sneak your way around Luigi's Mansion, in first person, or even punch your way through the WVBA as Little Mac one more time.

The pool of franchises to borrow from is deep and the possibilities are endless.

On a semi-related note, I really miss Dance Dance Revolution.