A skimpy week, but a wild VC game and Wii U demo appear! 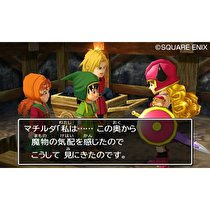 Another week, another update on the eShop in Japan. It’s a bit of a minimalistic update, but Japan did get a few new things, including their first playable demo on the Wii U. Here’s everything that was released this week:

On the Wii U eShop, there is an extended look at Fist of the North Star: Ken’s Rage 2 (known as Shin Hokuto Musou in Japan) which shows off a lot of the in-game engine, as well as various story elements. True to the original time period the series was released in, the entire video has a pretty rad 80’s rock song playing throughout. From the footage that was show, the game appears to have gameplay similar to Dynasty Warriors and Samurai Warriors, with tons of enemy swarms coming at your character which requires you to spank them away with bare fists or weapons. The Japanese version comes out on January 31 in digital and disc form.

The 3DS has a little bit more to offer in terms of video content this week. There is a brief preview video for the latest 3DS Virtual Console release, City Connection, which is a racing platformer. The video is just as odd as it sounds, as the game has you maneuvering up and down platforms as well as left and right while shooting at other cars and avoiding crashes. A new Animal Crossing: New Leaf commercial also appeared on the eShop, this time showing off some of the different things you can do in the snowy weather, such as build a snowman and talk to it! Lastly, Square Enix put up a previously released (online) preview video for the upcoming Dragon Quest VII. You can check it out here!