I am the Ambassador of AWESOME.

Last year Nintendo gave early Nintendo 3DS owners a little treat for buying their consoles early. Being one of those Nintendo fan boys who was rewarded with classic Nintendo games I would now like to share with you my fave five Ambassador games!

WarioWare takes the number five spot on my list not only because it’s a great game to play on the toilet, but also because it demonstrates how great a mobile game can be. We could go on about how it could be seen as a reflection of society’s short attention span or… what was I saying? Oh yes, WarioWare. The game is great, simply put. You can pick it up and play it whenever and wherever you are; you can play for 30 seconds or an hour. It’s the perfect pick-up-and-play game. Be proud, Wario (you fat nosed, greedy wacko). 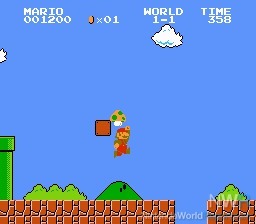 At first I thought I should put this game on the list just because, well, I should. But upon replaying the game I suddenly had the urge to punch past-me in the face for his earlier comment. This game is a classic for a reason. Simple and tight controls, different ways to play, tons of secrets… the list goes on and on. Have you even met anyone who went “Yeah, Super Mario Bros. is just OK, I guess.” No? That’s because they don’t exist. Or I punched them in the face and they can’t talk anymore.

3. The Legend of Zelda 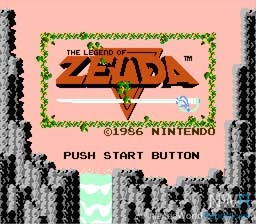 This game that spawned a legend. This was the first step into Hyrule, and it was one helluva step. With its dungeon crawling and endless puzzles, this game can find a place in any gamer’s heart. If Mario is a helping of ice cream, this game’s the cake it goes on top of.

2. The Legend of Zelda: The Minish Cap 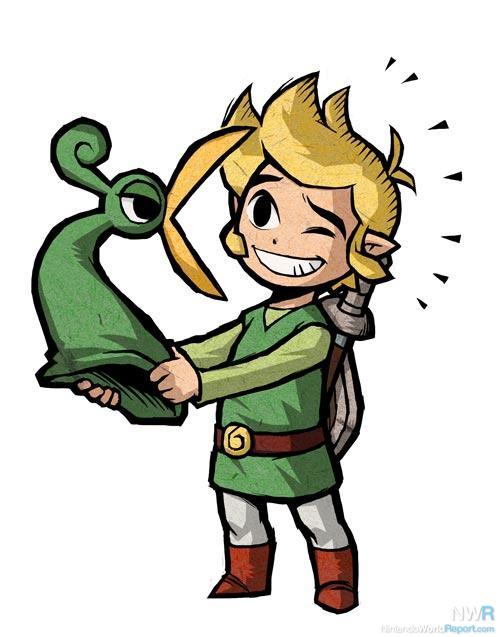 Let me preface this bit by saying I originally passed over Minish Cap. I didn’t think the game had anything to offer, but boy was I wrong. If not for the Ambassador Program, I wouldn’t have had the chance to play this wonderful game. It’s like most other Zelda games, with dungeons and puzzles galore and a few distinctive features to sweeten the deal. A decent story and pleasing visuals just make the game that much better. If you haven’t played this game, please do. You won’t put it down until you beat it. 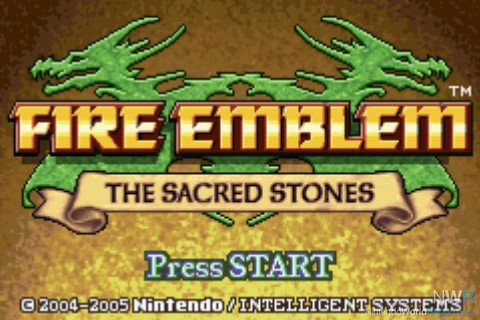 Now, I may take some heat for this, but I stand by it. This is one of my all-time favorite GBA games. Hell, it’s one of my favorite games period; a solid RPG with an engrossing story and a colorful cast of characters. Granted, most of the characters don’t drive the story, but with the help of Support Conversations, the characters become much more lively, and it becomes that much easier to find a favorite. With tons of classes to choose from and two distinct story lines, there’s more than enough reason to come back for seconds. Even when you finish the campaign there are more battles to fight!

In short, this free-roaming RPG is one awesome game, with a solid battle system, great story, colorful characters, and many reasons to come back. Should I go on? I can, if you want. I freaking love this game.

Among the ambassador games my favorites are probly mario vs donkey kong, wario land 4, wario ware inc, mario kart super circuit, and super mario bros. My favorite gba games of all time however are Dragon ball Z: Legacy of Goku 2 and Buu's Fury. I can't think of a better beat em up game.

I'd put Mario vs. Donkey Kong and Metroid Fusion above the NES games.

Although it's not my favorite entry in the series, Fire Emblem Sacred Stones does deserve the praise it gets from the ambassadors. Kinda feel like playing my Not For Resale copy of FE8 on my GBM now.

The best part of the ambassador games is that a Top 5 (or even Top 10) discussion is reasonable.  Frankly, I expected the give-away games to be less impressive overall.


It's a shame to leave the original Legend of Zelda off the list, and WarioWare is also a superb game... but these five are my personal favorites.

My five, in terms of how much I enjoyed my time playing them since I got them as Ambassador games, would probably be...

Mine would be closer to,

As you can probably tell from my list I was underwhelmed by the NES games selected for the ambassador program. Not because they were bad games, but because I'd played them all to death. Although I owned a GBA, I ended up using it very little and therefore owned very few games for it. So whereas I hardly touched the NES games, I had a great time with the GBA titles.

I wouldn't have any NES games in my list. SMB and Zelda are great, and a few others are good, but I have to give the edge to the GBA games.

For me it's probably this:

1. WarioWare
2. Mario vs. DK
3. Yoshi's Island (would be higher if I hadn't already played it to death)
4. Metroid Fusion
5. Fire Emblem

I have to admit, I don't really like the original Zelda. It's fun for a few minutes, but I get bored by it (I have never finished a 2D Zelda actually).

I have not yet played some of them, like Fire Emblem: The Sacred Stones.

(I have never finished a 2D Zelda actually)

What the WHAT?! How is that even possi... You need to be temp-banned immediately until you fix that.

LOL
The closest I came was with the GBA port of ALTTP, I was enjoying it until somebody stole it (along with several other of my GBA games).

I did put in an hour or so into Zelda II, not bad but not great.

5 - Yoshi's Island (I know the music sucks, but still gotta love it)
4 - Metroid Fusion (always fun to play through)
3 - Mario Kart Advance (see my fave 5 for reasons why)
2 - Mario Vs DK (my first play of this series, loving it!)
1 - (Famicom) Zelda (cos this was my first proper go at the game)

(I have never finished a 2D Zelda actually)

What the WHAT?! How is that even possi... You need to be temp-banned immediately until you fix that.

That's not a ban. It's a forcible reward.

I've only finished one 2D Zelda, Link's Awakening. I've played most of the original, and I played a lot of Link to the Past before realizing I don't personally care for it, and I've never played any of the others outside of a little bit of Oracle of Seasons.

Going off the 5 I'll enjoy the most it would be:
Fire Emblem
Mario vs DK
Kirby
Wario Land
F Zero
I own 4 of the other 5 GBA games (can't stand WarioWare) along with the 3 NES games I like so those are the ones that are my favorites of the ambassador games.

I'm surprised by the Mario vs DK love being shown in these comments.  Not suggesting that it's a bad game... but I feel like the Game Boy title on Virtual Console and the DS sequels (including the DSiWare game that was given away by Club Nintendo) are all better.

I'm surprised by the Mario vs DK love being shown in these comments.  Not suggesting that it's a bad game... but I feel like the Game Boy title on Virtual Console and the DS sequels (including the DSiWare game that was given away by Club Nintendo) are all better.

I agree that the Game Boy one is better, but it's still the same kind of thing and very good. For example, I might prefer to Final Fantasy VI to FFIV, but that doesn't mean that FFIV isn't a great game.

Sure, but I still didn't expect it to be the second most popular game to show up on the lists - beating out both Minish Cap and Wario Land.  I'm also a little bit surprised at how few people listed either Kirby or Yoshi's Island.


Right now, the number of times each game was listed is something like:

The NES games feel as if they were tossed in for no other reason than to inflate the numbers. After all, "20 free games" sounds better than "10 free games," doesn't it? Fortunately, most of the GBA games are ones that people would actually buy were they available on the eShop, so they were a nice lot.

I haven't played much of some of them yet, such as Fire Emblem, Zelda Minish Cap, and Wario Land 4, but my initial impressions of those games isn't good. So this list may change later, but for now, this is what I'm thinking it'll end up being: