Making of a Myth: The Grueling Development of the Original Kid Icarus

Think Pit's climb out of the Underworld is tough? Try developing a game by yourself! 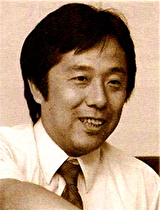 On December 19, 1986, Kid Icarus was first released for the Famicom Disk System in Japan, coming out in North America in July 1987. Kid Icarus is one of the forgotten classics of the NES era, and is only just now receiving its first sequel in 21 years. In the game, players take the role of the angel Pit, who must rescue the kidnapped Goddess of Light, Palutena, from the clutches of the evil Medusa. Pit escapes from his Underworld prison and scales the perilous cliffs, fighting off hordes of Medusa's minions, from lowly snakes to the dangerous God of Death. Along the way, Pit overcomes Zeus' trials, gaining more powerful weapons to defeat the hordes of the Underworld. Finally, once Pit had reached the end of the stage, he would explore a massive fortress full of traps and puzzles. There is very little else quite like it on the system, though it is often described as a cross between Metroid and Zelda.

Kid Icarus is also infamous for its incredible difficulty: monsters will attack from right and left, and the tiniest slip leads to a fatal drop off the bottom of the screen—which scrolls ever upward, never down. Pit himself is something of a joke: his wings serve only to slow your fall, and the game's heroic march seems to mock his every step. The initial climb out of the Underworld is bitterly hard, though the difficulty slackens once players reach the second and third worlds. The game also had one of the most amazing development stories of any title from that era—and one that sheds light on why the game looks the way it does today.

Known in Japan as Myth of Light: Palutena's Mirror, Kid Icarus was the brainchild of Toru Osawa. Although not as widely known as Metroid's Yoshio Sakamoto or Zelda's Eiji Aonuma, Mr. Osawa's hand can be seen at work in a number of famous titles, including Super Metroid, where he designed Kraid, Mother Brain, and the map system; his directorial work on The Legend of Zelda: Ocarina of Time; and the dark humor of For the Frog the Bell Tolls, which he co-wrote with Mr. Sakamoto.

Born in 1962 in Kyoto, Osawa studied arts and animation at Kyoto Seika University before joining Nintendo in 1985. Less than two years later, he asked to create his own game and was given the chance, although he was, as he put it, “neglected.” As a result, Mr. Osawa developed the entire game single-handedly throughout most of the development process. He wrote the design document, drew all the sprites, brought it to an external company for testing (Tose Co., Ltd, according to Mobygames), and saw the game through to completion. It wasn't until Metroid was completed in August 1986 that Osawa received a helping hand from the rest of Nintendo's R&D1 staff, and then only because Yoshio Sakamoto saw the game couldn't possibly meet its December deadline, which by then had been set in stone.

This is even more surprising considering Kid Icarus was Osawa's first game. Back then, Nintendo's culture was full of a “can-do” spirit. Following the success of Shigeru Miyamoto—who had been merely an artist before his work on Donkey Kong—the idea was that a person could be a designer if he had any artistic experience. If he had the will and requested it, even a rookie could direct a game.

Kid Icarus's design was inspired by the athletic spirit of Hiroji Kiyotake, the artist who created Samus and the dog from Duck Hunt. Osawa combined the “running and shooting” style of Metroid with his interest in Greek myths, infusing it with the level-up system of an RPG. The resulting world was filled with mythical monsters, intense arrow-shooting action, and perilous drops into the abyss. It was intense, and there was nothing else quite like it at Nintendo.

Osawa also infused the project with his sense of dark humor, which can be seen through both the bizarre characters found in Kid Icarus and even Pit's infamous death cry, “I'm finished!” For instance, the Eggplant Wizard was inspired partly by Osawa's “passion for eggplants,” and the eggplant masks found in Wrecking Crew, but Osawa also says he drew it in celebration of having received his summer bonus. Needless to say, the rest of the team didn't consider an eggplant-wielding wizard strange at all. In addition, Specknose, the Groucho Marx-glasses monster, was inspired by the large-nosed visage of Hirokazu Tanaka, the game's composer. As a final treat, Japanese players who completed the game poorly would also find Pit transformed in the game's end screen not into a strong Olympian hero, but an ugly Specknose! In another example, Pit can also get a credit card that can be used to buy an item from the Black Marketeer without having to pay full price. However, Pit must work to pay off the debt, with each heart he collects going immediately to the card! Despite its heroic flavor and dark themes, Kid Icarus self-consciously doesn't take itself seriously.

Endless Nights of Crunch, and a Marriage

Osawa continued to stoically develop Kid Icarus by himself. When Metroid was completed, the rest of Nintendo's R&D1 department took a well-deserved vacation, and Osawa was left behind in Nintendo's offices amidst the August heat, struggling to get his game completed on schedule. When Yoshio Sakamoto came back from vacation and saw Kid Icarus had only running and shooting mechanics, he immediately saw his friend needed help and recruited the rest of the Metroid team to assist.

What resulted can only be described as the worst kind of development hell: three straight months of crunch, constant all-nighters and developers desperately trying to sleep in the office on broken-down cardboard boxes. Not even signs saying “Please do not wake me until 10 AM” would prevent a rude awakening. It got so bad that after pulling the shades, the team would be surprised to discover the sun rising in dazzling brilliance.

And things only got worse as autumn turned to winter, and Nintendo turned off the building's heating system after hours to conserve energy. Struggling through those long, bitter nights, the team dreamed of sleeping under the covers in their nice, warm beds with the heat turned on.

During this time, Osawa got married. He and his wife had been planning the wedding for some time and had intended to tie the knot after Kid Icarus was completed, but as development dragged on into the winter months, he was forced to set a wedding date. Asking for three days off instead of a honeymoon, Osawa spent some time at home with his new wife tidying the house. However, on the second day, he received a phone call from his supervisor, Yoshio Sakamoto, just as he was sitting down to dinner. The new husband had no choice but to return to the office and continue the final slog towards completion.

An End in Sight!

In the second week of December, Kid Icarus's December 19 deadline loomed large, but the game was not yet completed, and Osawa remained at his desk working on the project until a mere three days before release, when he was forced to send the master out for production. This was possible because Famicom Disk System (FDS) games could be pumped out in mere seconds at Nintendo's factory by assembly line workers. At this speed, Nintendo could manufacture an entire game—disk, packaging, and manual—and ship it to retailers in just three days. Osawa recalls he was told on December 16, “If this doesn't have any bugs, it's finished.” Otherwise, heads would roll. Osawa didn't even have time to add in a staff roll. His pleas of, “It took great pains to produce...” were left ignored. (A staff roll was later added in the North American release, although, sadly, Osawa's name is not listed in the credits.)

Both Osawa's inexperience and the game's crunch time can be seen in the final product, which is one of Nintendo's quirkier titles. The game's difficulty is quite harsh, from the ease at which Pit can fall off the screen, to the terrible Reaper and the vicious Pluton Flies in Level 2 that can lower your weapons level permanently in a single hit. Of course, players in the 1980s were also more than willing to accept the challenge and conquer whatever the designers could throw at them. “Customers were perfectly willing to play it, and we were perfectly willing to make it that way,” Yoshio Sakamoto recalls.

In addition, the game's final stage, in which Pit grabs Palutena's magical treasures—sword, mirror shield, and wings—and takes to the skies to destroy Medusa in an epic scroll-shooting action sequence, was added at the very last minute as a way to surprise players.

It is quite easy to criticize the game for its failings and notes from an era of game development long past, but by understanding how a title was made, we can have a better idea of why the final product looks the way it does. Given enough time for play testing and more development experience, these rough spots might have been polished out, but with a development team at the end of its rope, Kid Icarus turned out the way it is, for better or worse.

Still, considering the game's rocky development cycle, the final product is nothing short of astounding, and I am looking forward to trying out the 3D Classics remake.

Wow, Osawa was short changed.  Its amazing he got out even a competent game out.  Nintendo was setting him up for failure.

Does anyone know if his name appears in the staff roll for the 3D Classics version of the game?
It'll be pretty sad if his name doesn't get included even now.

I hadn't played this game until I got the 3D Classic for free, but I have to say that I'm deeply impressed by it. It's lots of fun! This and Punch Out are still very much playable and enjoyable today. However, I disagree with the so commented mythical difficulty. I struggle way more to get a perfect landing with the plane in Pilowings Resort than in any of the stages of Kid Icarus, possibly even Super Mario Bros. (the original) can be harder. Kid Icarus plays quite well and doesn't feel abusive, I think it's really worth playing.

That was very informative. I had no idea Kid Icarus went through such a turbulent development.

I'll have to read this later.  I don't know if my friends and I were just weird, but we put Kid Icarus on about the same level as Zelda and Metroid.  Those were fun times, because we'd get to school and compare notes on whatever the latest game was, and those three seemed to be the favorites.