What makes a fox a star? 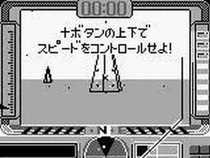 Star Fox is as varied and unstable a franchise as Nintendo has. The mutual nostalgia and goodwill directed towards the first handful of games in the series has been balanced out as of late by the tepid and occasionally apathetic responses to the myriad changes levied against the titular team's most recent outings.

The pertinent point of examination given this situation: just what drove the Star Fox games to be what they were, and how have these influences been passed on?

The first traceable influence to Star Fox as we know it today is X, a Japan-only Game Boy release from 1992 published by Nintendo and developed by Argonaut Games. Despite the relatively humble graphical capabilities and small screen real estate of the handheld, Argonaut (headed by chief programmer and designer Dylan Cuthbert, now of Q-Games, the developer of Star Fox Command and Star Fox 64 3D) managed to create an authentically immersive and effective pseudo-3D environment.

The premise of X deals with the conflict between humans and aliens on the surface of a foreign world known as Tetamus II. During gameplay, the eight areas of the planet area are accessible at any time. The movement of the player's vehicle (the Space Tank VIXIV), and the location of enemies and objectives are each displayed on a localized radar, as well as a more pulled-out four-by-four grid, a feature replicated in the multiplayer and boss battles of Star Fox 64. Combat in X is comparable to that of Battlezone, the vector-graphic tank-hunting game from 1980, with the player driving across the surface of the planet (as distinguished on the Game Boy as a dichotomous white-and-tan horizon) to blast structures and complete objectives.

The characteristic of note in X is its bafflingly competent implementation of three-dimensional graphics in gameplay, a feature that Nintendo took great interest in. The game was initially set to be published by Mindscape under a different name until Nintendo stepped in.

Before working on X, Argonaut made the Starglider series, a first-person flight combat games with wireframe vector graphics for the Commodore Amiga and Atari ST machines. The style and mechanics of these games are each apparent in both X and the first Star Fox, Argonaut's next project in conjunction with Nintendo. The disparate elements from games like X and Starglider came together as something wholly different in Star Fox: an on-rails, arcade-style shooter with a slick presentation and gameplay style that made use of the Argonaut-designed SuperFX chip for rendering polygonal objects (see the geometric obstacles on the Venom stage, or the chunks Andross spits).

In addition to the multitude of technological influences, Star Fox also received outside influence on its characters and narrative. The concept of having anthropomorphic animals fill the leads and various roles of the game was introduced by Shigeru Miyamoto later in the game's development. In a recent "Iwata Asks" column, Miyamoto discussed the unique inspiration that led to this idea:

"Star Fox has a lot of scenes in which the fighter goes through arches, which reminds one of the gates at Shinto shrines called torii. And torii made me think of the thousands of such gates at Fushimi Inari Taisha. In a prototype, there were lots of scenes like going through there. And when you think of Fushimi Inari, you think of foxes."

He continues in the interview to acknowledge the influence of "English puppet drama, like Thunderbirds" as the basis for the SNES game's box art, as well as the primitive mouth movements of the characters.

In its unreleased state, the planned sequel, Star Fox 2, served more as a bastion of influence for future titles in the series than it did as one that drew any. Though it was scrapped before release due to expense and timing, many of the ideas poured into Star Fox 2 eventually made their way into future Star Fox games. By Miyamoto's own estimate, 30 percent of Star Fox 64 came from the concepts introduced by Star Fox 2—including sweeping cinematic shots, instances of piloting different forms of craft, the multiplayer component, all-range dogfighting sequences, and Star Wolf scenarios—and even the ideas and technology behind the 3D environment in Super Mario 64 were largely derived from work done on the game. Over a decade later, elements from the unseen sequel would be made a core concept in Star Fox Command for the Nintendo DS. The quasi-real-time strategy system of navigation and enemy encounter in Star Fox 2 was converted into a full-fledged, touch screen affair, with a greater central role.

Even while drawing so heavily on the scrapped conceits of Star Fox 2 and the previous game (as well as a famous, fleeting homage to a certain summer blockbuster), Star Fox 64 proved to be influential in its own right. It expanded upon the space opera theme of the previous games, employing a memorable combination of dialogue, music and feedback (via the precedent-setting Rumble "See How It Feels to Feel What You See" Pak) in what was arguably the purest incarnation of the Star Fox formula to date.

Five years after the lauded N64 entry, Star Fox Adventures—an unrelated Rare title co-opted by Nintendo into a Star Fox game—made its debut on the GameCube. Though it contained elements native to the series, they were few, and far between. Far more prevalent, in this case, was the undeniable presence of another Nintendo franchise—The Legend of Zelda. Though the noticeable influence of Ocarina of Time took Fox and company in a decidedly different direction, some thought the series had taken an awkward step in the wrong direction by nearly abandoning the gameplay style it had arguably perfected.

Though it's hard to discern just what has drawn inspiration from the Star Fox series specifically since its inception, many games succeeding the initial release of the SNES classic bear similar gameplay traits, like the on-rails navigation, lock-on shooting, space dogfighting, or even a little of each. Notable examples include Panzer Dragoon, Sin and Punishment, and Rogue Squadron.

By and large, the brunt of the inspiration that occurred in Star Fox came during the first two games, a point after which the series draw largely from within itself for revamped content and ideas.

While the series might not stand in the holy pantheon of its franchises (if it ever truly did), Nintendo has found ways to keep Star Fox at least somewhat relevant. The series has had, up to this point, a frequent release schedule, at least by the standards of Nintendo, and the characters, settings, and items have long enjoyed starring roles in the Smash Brothers series, along with a certain amount of continued goodwill from a faithful audience. Its greatest influences may be behind it, but if its history is any indication, Star Fox can, and probably will, (barrel) roll back to itself again.