Pokemon Legends Arceus And The Quest For The Rank 10 Pokedex

Not saying you should, but is it physically possible to reach Survey Corps rank 10 before leaving the Obsidian Fieldlands? (SPOILERS)

Over the Christmas holidays, my brother introduced me to a new favorite YouTube rabbit hole: the “Professor Oak Challenge” in Pokemon. To put it simply, the rules of the Professor Oak challenge are:

Pokemon Legends: Arceus definitely helps with the second rule, since it’s the first official game to have all of its available Pokemon obtainable without trading. The first rule is the most contentious, and has actually started arguments among the staff who aren’t doing the challenge but still wanted to complete the Pokedex. The loosest interpretation of rule 1 in Arceus is “you just have to have one copy of each Pokemon,” the extremist view as shared by Justin (among others) is “you have to complete every task,” and the middle ground where I sit is “you have to complete all of the Pokedex entries.” 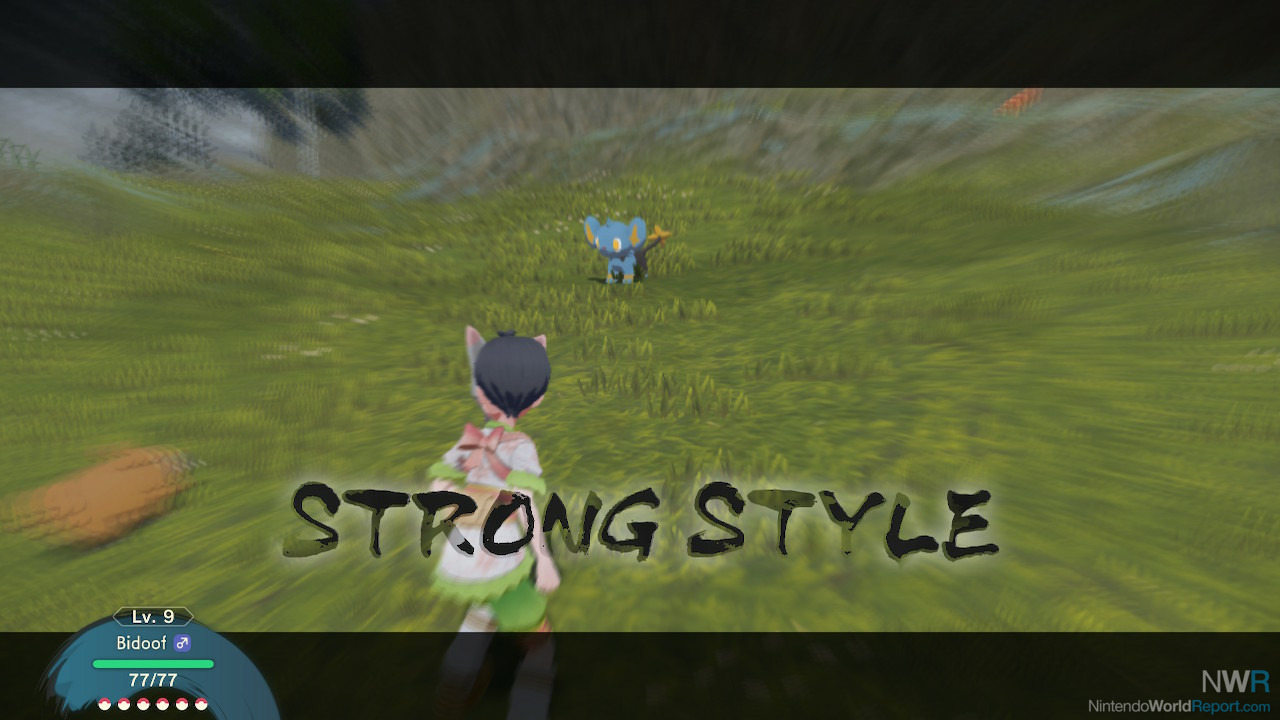 Okada can s**k it: Bidoof is the true king of Strong Style.

As part of this, the question came up in our Slack: Is it possible to reach the highest Pokedex rank in the game - Rank 10 - prior to completing the first Noble fight against Kleavor? I ran the numbers, and… it’s not even close. (You can check my numbers here.) In fact, you have to do an illogical amount of grinding just to get to Rank 9 and even more to make it just under 75% of the way there.

The ranking points are displayed every time you finish a mission, but work this way: Each objective completed is worth a minimum of 10 points, with some objective lines worth 20. A 100 point bonus is given each time the Pokedex entry completes. Per Serebii, here are the points required for a rank-up and what it unlocks:

So yes, your reward for hitting the maximum rank is literally a bunch of Rare Candy and effort maxing items which you probably don't need at that point in the game.

If you’re going for all the ranking points in just the Fieldlands, you also have to obtain the following items:

Since the “Space-Time Distortion” effect that randomly drops Pokemon and evolutionary items doesn’t start spawning until after Kleavor is defeated, the only option is to find the bags dropped by blacked-out trainers and return them for Merit Points. It will cost 35,000 Merit points to get everything listed above at somewhere between 50 and 100 Merit points per bag. Assuming an average bag value of 75 points, you need to return 467 bags. Do you have any idea how many people have to suck to get 467 bags in one area? Sure, the game’s sold 6.5m in a week, but surely everyone else has moved on by now. And that’s not accounting for things like rare spawns (you need 40 Eevee), rare item drops (the item that evolves Scyther to Kleavor can only be found as a 4% drop from defeating Graveler), needing to get five Alpha Pokemon who are at best 1% spawns, and four Pokemon + one other objective that may be considered an exploit and patched out. (The Ramanas Island area, home to early Aipom/Qwilfish and the only Infernape in the game that can be stunned with items, normally requires Basculegion but can be reached with a few Bibarel.)

I’m not going to look at anyone weird if they want to go for rank 10. Heck, I could do one objective for every Pokemon I have at the moment and finish it. But 60000 points over 86 Pokemon requires an average of 698 points when the most the game can theoretically support is 1100: 10 rows of 5 20-point objectives, plus the 100 for “completing” the entry. The most you can get out of one Pokemon in the area is 660 (Staraptor and Crobat). If you’re going to do it, consider doing it over the full game: the average drops to 250 points if you have every possible Pokemon, and 238 if you include the two postgame bonuses for having other Pokemon saves on your Switch. There are exactly two Pokemon who don’t meet this standard: Unown and literally the creator of the universe who made you star in So I’m A Joltik, So What?. Or you could cross into the Crimson Mirelands, where there are a further 28000 points available and you can also advance the plot. 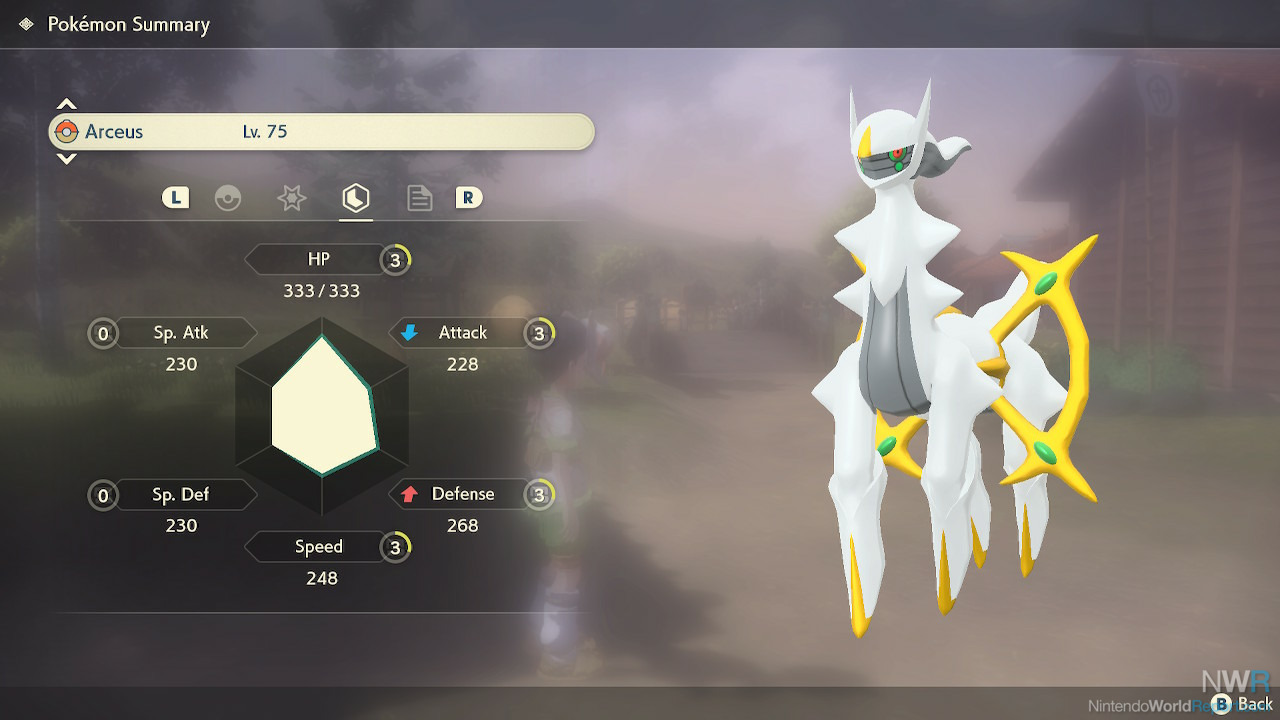 Much like Satan is weak to wind, my god is apparently -Atk. Thank them for Mints.

One of the things I would do if I didn’t work for a living would be to actually try the Oak challenge with a traditional Pokemon RPG and record it for Youtube. I’d probably do it in Ultra Sun because as of press time there isn’t a video of that game being done Oak-style that I can find. But I’m not about to go for the sparkly star on the entire Legends Arceus Pokedex; there’s too much to play right now. I’ll leave that to Justin.

The Twitch Streamer Keizaron actually attempted this challenge. He didn't do the Biberal Bridge because it is blatantly a glitch and it wouldn't have given him access to enough stuff to get to rank 10 anyways and he had to resort to trading for stuff like trade evolutions because distortions and satchels refused to spawn but the final results are here.

He has said he plans to upload the VODs for that 125 hour adventure to youtube at some point.