Five Pokémon That Need To Become Playable In Pokémon Unite

Look, I get it. The original 151 Pokémon from Red, Blue and Green are classic. These are the Pokémon designs that set the standard for all other Pokémon to follow. Recognizable as animals, but with twists that show off their typing. Ponyta for example, a horse with flames that can run fast. Easy to grasp and also a good implementation in the world of the original Gameboy games. But after almost 24 years I am completely done with seeing the attention go to all the same first generation Pokémon. I know there are fans that consider everything after Gold/Silver to be mediocre in design, but they are missing out on some of the most unique and creative Pokémon ever made. With Pokémon Unite being not only the first Pokémon foray into the MOBA-genre, but also allowing players to play as Pokémon with their own abilities and different move-sets it's about high time that we see some new Pokémon taking the spotlight. Because if I see Charizard one more time, I’m throwing out my copy of Pokémon Red. Here are five (non-starter) Pokémon that would make for a great and interesting move-set in Pokémon Unite. 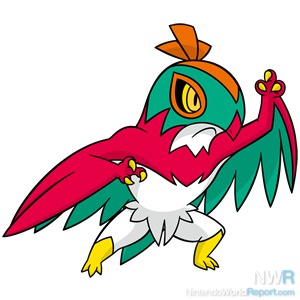 This is a no-brainer. Hawlucha is one of the most fun Pokémon designs from generation six. Combining the aesthetic of a luchador wrestler with a bird Pokémon is one of the highlights of that generation. Hawlucha has, much like other wrestlers, a signature move called Flying Press where it jumps from the top rope straight onto the Pokémon. In addition, this move is the only one in the games that counts as both a flying and a fighting-type. His high movement speed would make him act as a close combatant, going in for quick attacks and dodging away from opponents while making a sprint or flight back to the goal with the captured Pokémon. Hawlucha should be in the main roster of Pokémon Unite. If you disagree, you can meet it in the ring. 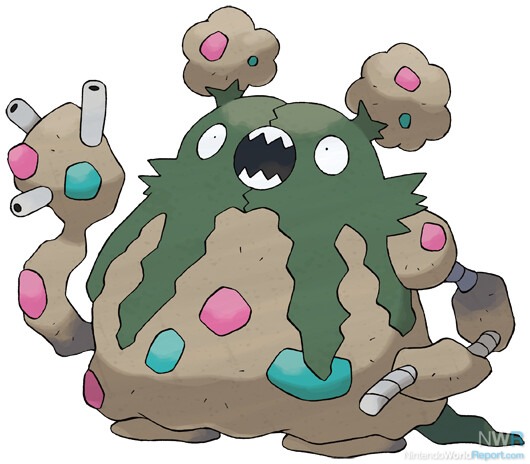 Yes. I absolutely adore the walking pile of garbage that is Garbodor. Not only is it an incredibly tanky Pokémon, being able to soak up a ton of hits, it also has a nozzle for a hand which it uses to fire off moves like Gunk Shot. In addition, while Pokémon Unite has a slow tank in the form of Snorlax, Garbodor would make a great addition by using status moves like poison. It could also leave a trail of garbage while running away, like its ability stench that would slow or poison opponents caught downwind. Supporting moves are key in most moba-games and I feel that Garbodor could be great by keeping the enemy team off base and being an annoying wall to deal with. Much like in the mainline Pokémon games. 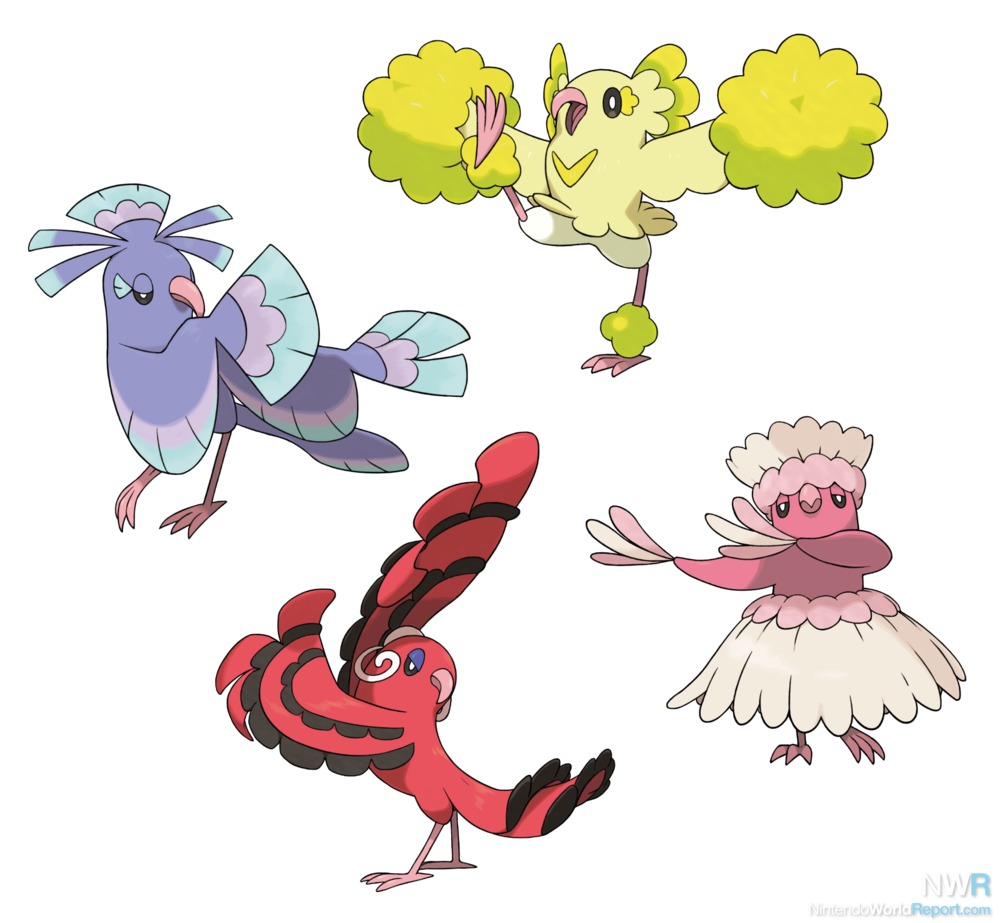 From the tropical region of Alola comes the Dancing Pokémon Oricorio. Oricorio would be able to switch between its four different forms by performing different dances. The dances would each support the team in different ways. For example the Pom-Pom Style, electric type, would be used to fire short ranged attacks. The Pa’u style could be used to entrance the wild Pokémon players need to capture in order to score points, while Sensu style could be used to heal other players by using the spirits that are attracted to it. Form changes are kind of underrated in the Pokémon games and while yes, Oricorio is usually locked to a singular form, this form change would make for a great and varied supportive Pokémon that can assist any team. 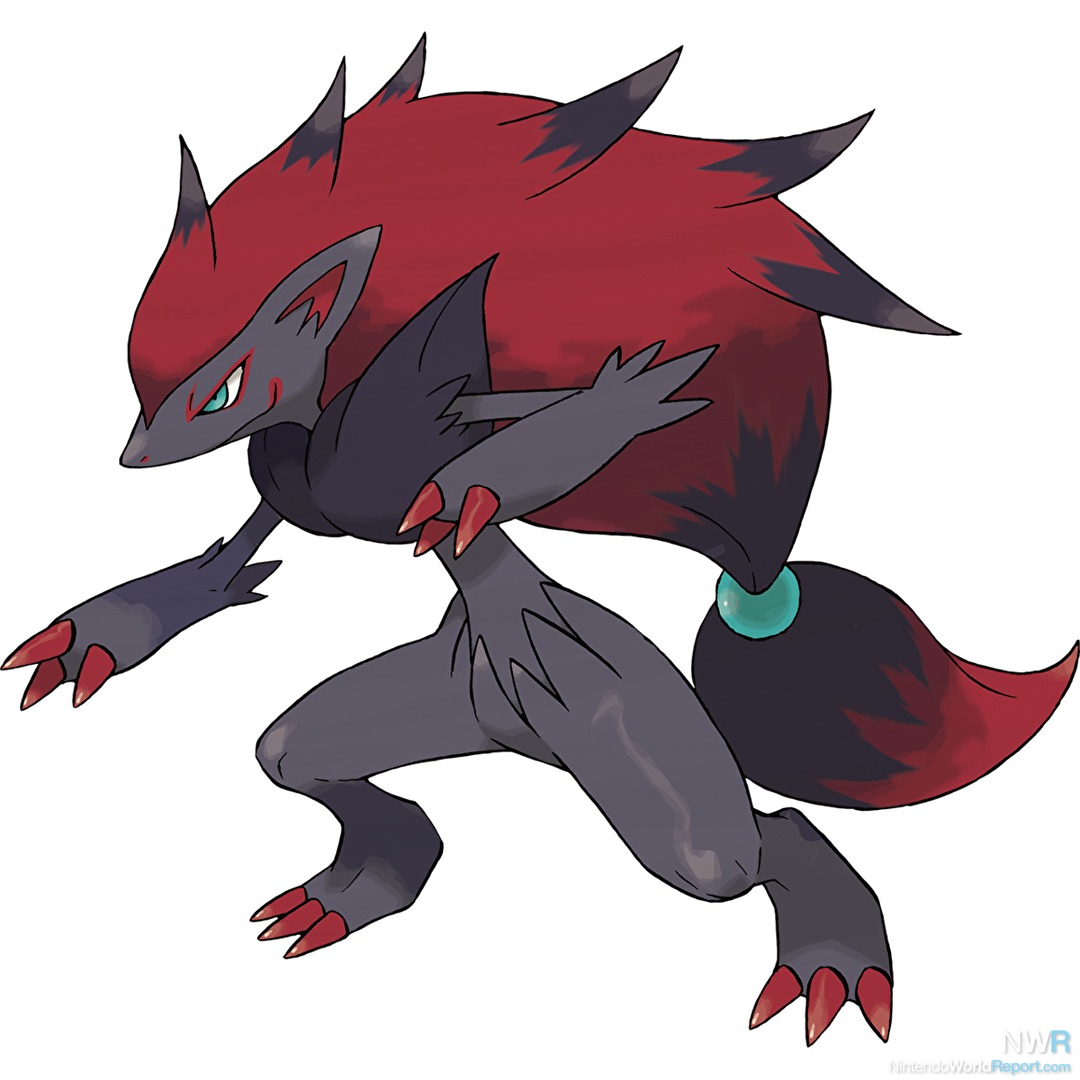 Zoroark would function in a similar way to the Spy from Team Fortress 2. A sneaky Pokémon that is most known for its ability Illusion, which allows him to change into another Pokémon to confuse trainers and avoid being detected. I’d like to see him take on the role of the Jungler, patrolling around the map using bushes to remain undetected from other players. Of course using illusion-like moves to quickly get away or sneak up on enemies. Moves like Double Team to leave an imprint while getting away, Pursuit to get closer to the enemy and yes, using its illusion ability to mimic an opponent in order to get closer to the enemy base. Its design and play style would be suited for almost any team, but a good sneaky Pokémon that would oppose Gengar is a great addition. 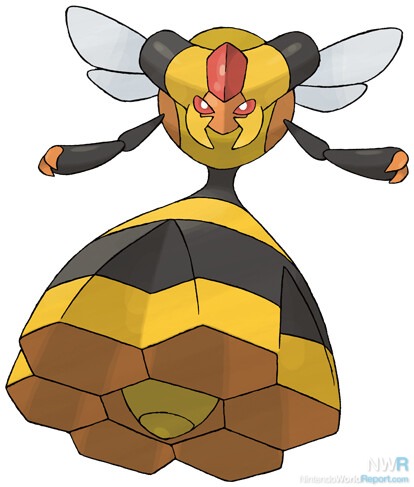 Vespiquen is the queen of Combee. She both controls and protects these Pokémon and according to pokedex entries and extended lore, she also gives birth to new Combee. She has signature moves that emphasise her power over the Combee where she orders it to either attack, heal or protect their queen. I see a fun move mechanic where you still control Vespiquen but send out several of your Combee to annoy opponents by dealing chip damage over time. But you can also send out your Combee to defend allies or heal Vespiquen. What would balance out this moveset would be a set limit on how many Combee she can have help her out at a time. For instance, each time she scores a point for the team, she gains an additional Combee to use in battle. She’s weak at the beginning of a match, but if the opposing team underestimates her over time, she becomes a force to be reckoned with. Both defending, healing and attacking with a large swarm of Combee.

This list was mostly chosen to highlight some fun moves and types that would add a lot to the overall design of Pokémon Unite’s gameplay. Of course we will most likely see many first generation and other starters like Garchomp, Dragonite, Jolteon, Gyrados, Incineroar, Meganium and Blaziken make their appearance before any of my hopes. But I can dream, can’t I?

What are some of the Pokémon you’d like to see make their way into Pokémon Unite and what moveset would work out best for them? Let us know in the comments!