Also, the Power-Up Packs, giving Mario fire, propeller, cat, and builder power-ups (all in packs retailing for $9.99) aren’t being included in this rank. I know I’m getting that cat pack because no matter where you stand with Super Mario 3D World, Cat Mario is money.

Lastly, shame for these blind bag Character Packs. If you really want to add Paragoomba, Fuzzy, Spiny, Buzzy Beetle, Bullet Bill, Bob-omb, Eep Cheep, Blooper, Urchin or Peepa to your play, well good luck. It’s all blind bags for $4.99 each. So much for my Blooper dreams.

Now that I’ve made up reasons to limit most of the LEGO Mario content, here’s my ranking of the expansion sets based on a few videos and photos. 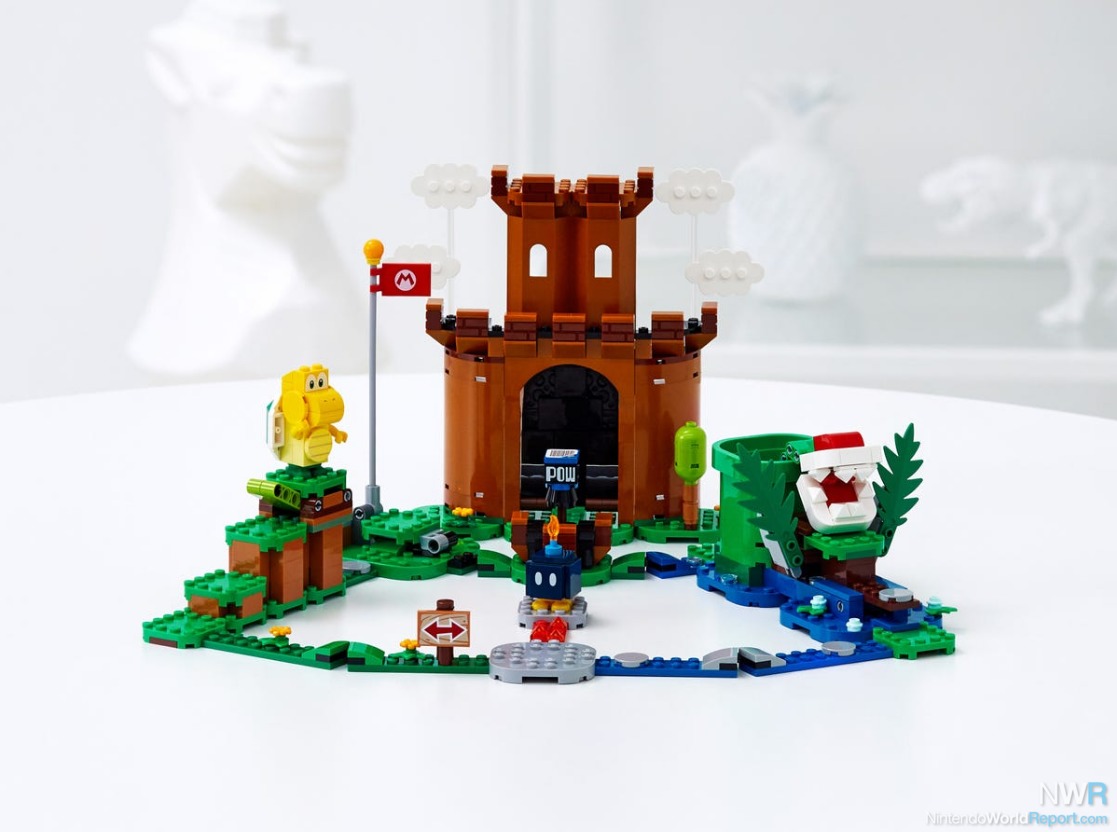 The main part of this is the fortress, which admittedly looks cool, but when I think Mario fortress, I think Boom Boom. Not a Bob-omb, a Koopa Troopa, and a Piranha Plant. This falls lower on the list mainly because it seems like it doesn’t go far enough with the theming (especially at the cost). Then again, it’s a behemoth, clocking in at 468 pieces. This might be good for adding some variety and volume to your LEGO Mario experience. 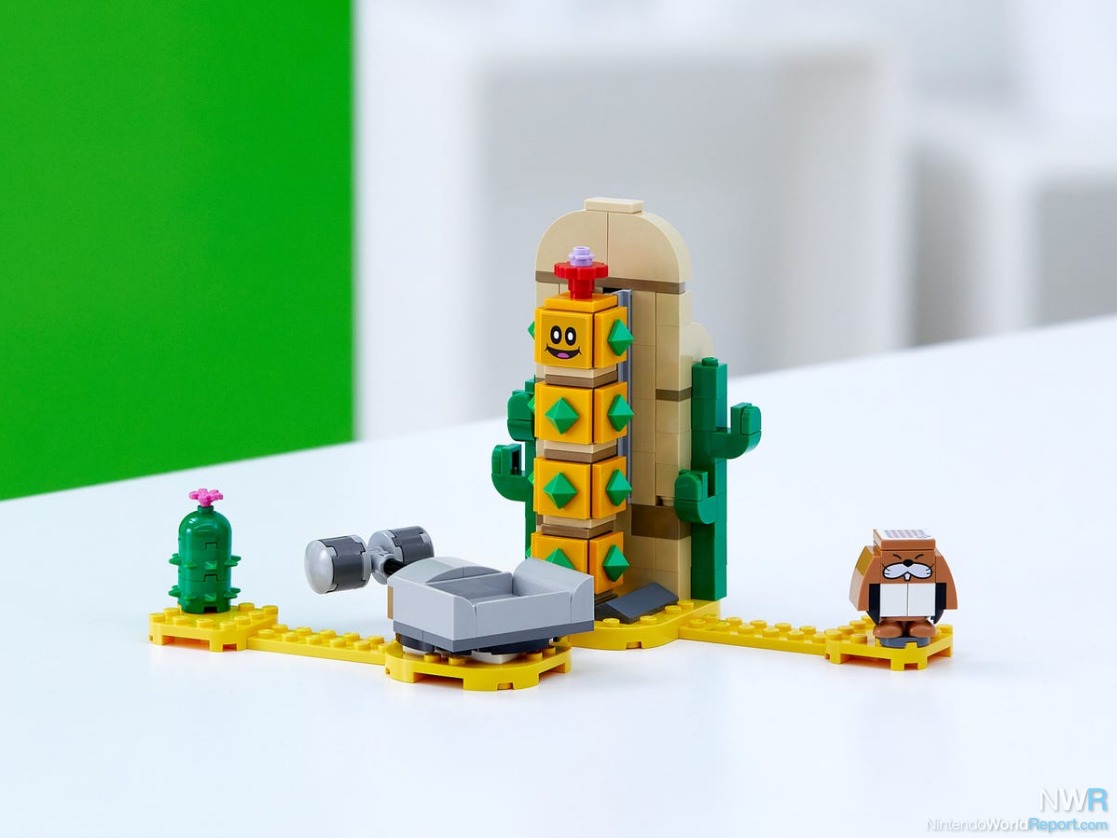 This 180-piece set has a Pokey at the center of it, but the more alluring part is the desert theme. It sticks to its theme, especially with a Monty Mole who likely doesn’t but totally should break through the sand flooring to sneak up on our good friend LEGO Mario. 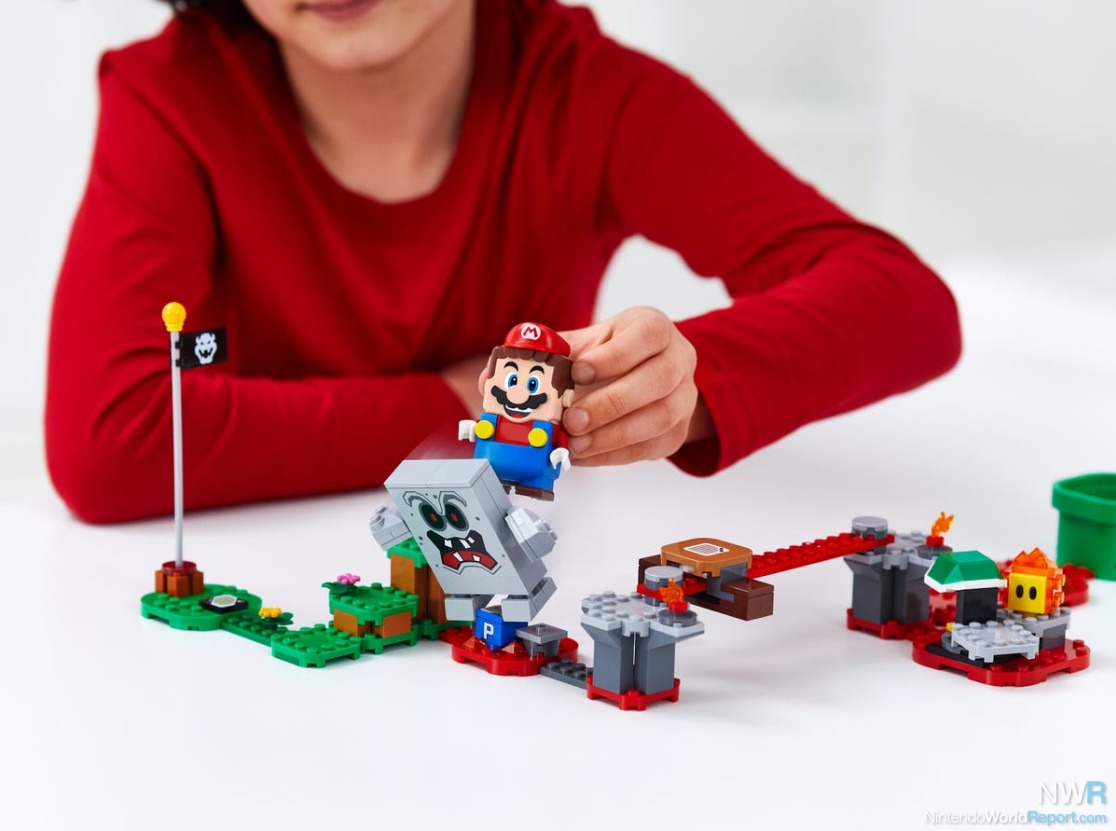 Whomps are punks. Stomp on their backs; win the day. While this would have been even cooler if it were Whomp’s Fortress, I like the craggly teeth of the Whomp figure. Throw in the lava theme and this relatively straightforward set brings some style. 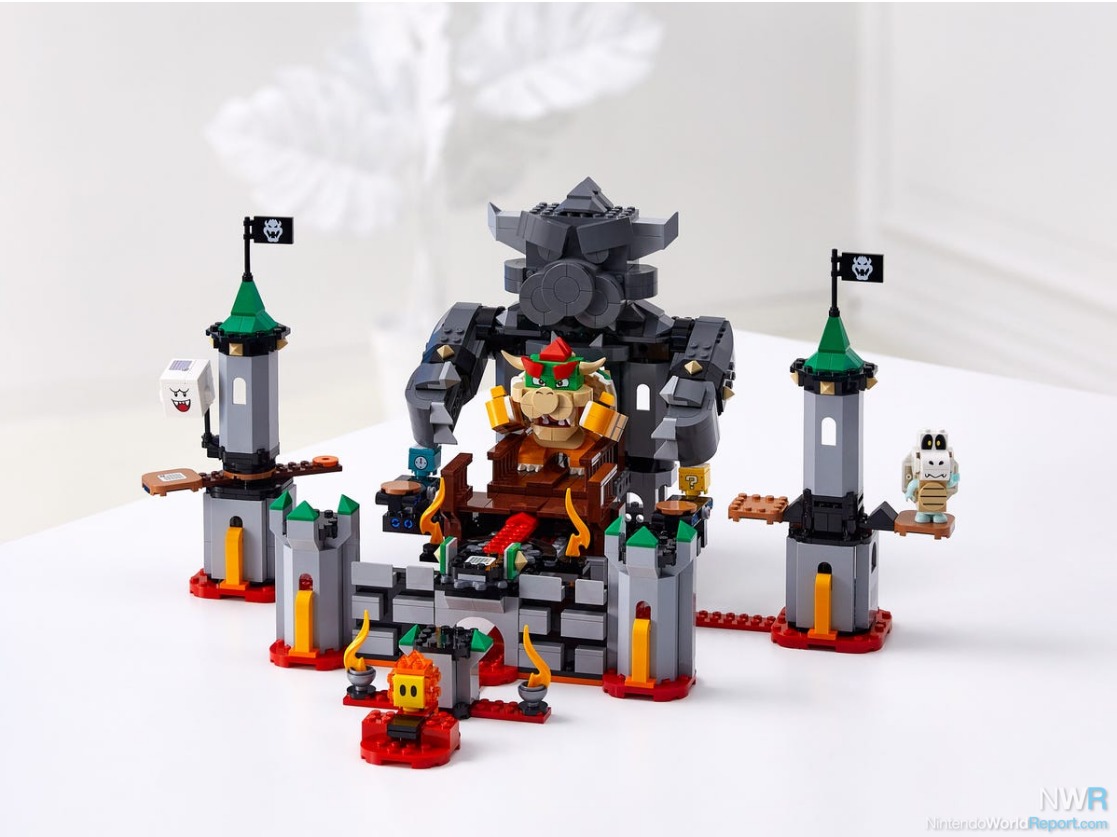 Now this is the big boy, clocking it at nearly double the cost of the starter course comes Bowser’s Castle. The intricate design might be holding more secrets than I can divine from looking at a few videos and images, but from my glance, this looks to be a set more focused on one specific interaction: the Bowser boss battle. That might be worthy of the high price tag, but maybe just doodle on your Bowser Jr. from the starter course and trick your children into thinking he’s Bowser instead? 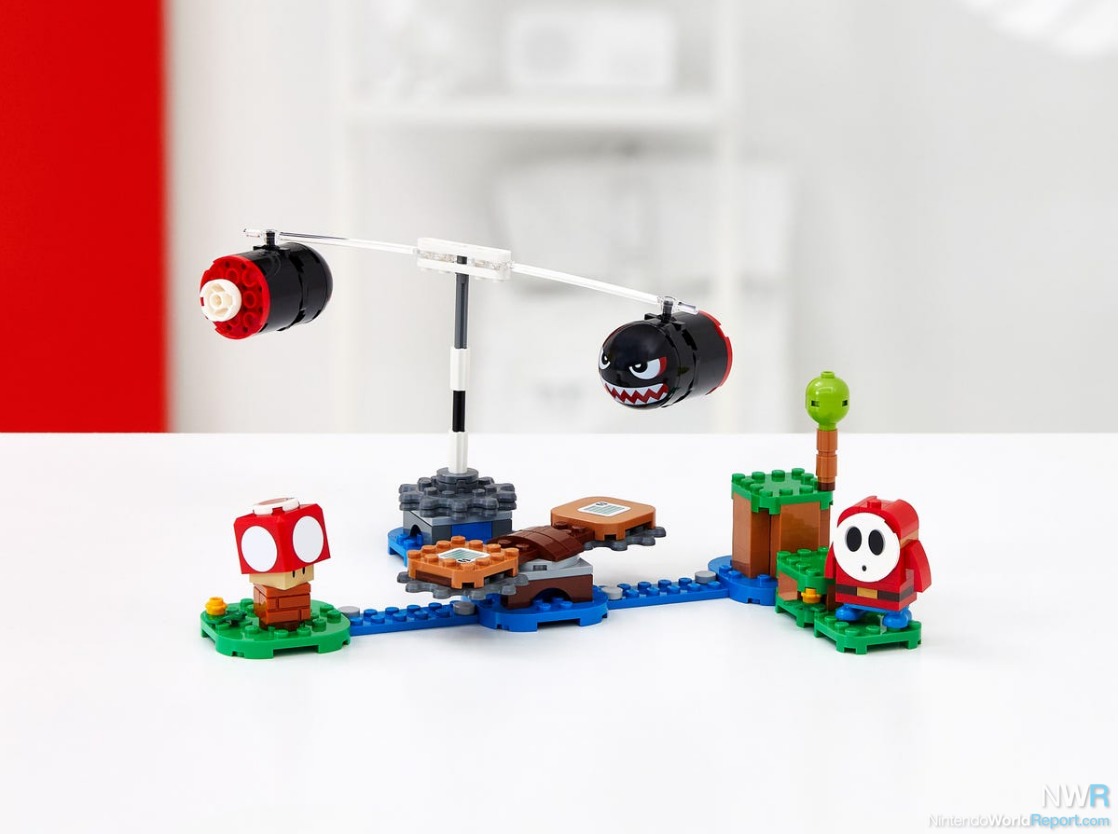 The Bullet...excuse me Boomer Bills circle around this 132-piece expansion set. Props to the Shy Guy being in this. I hope you can take off his mask. That’d be wild. 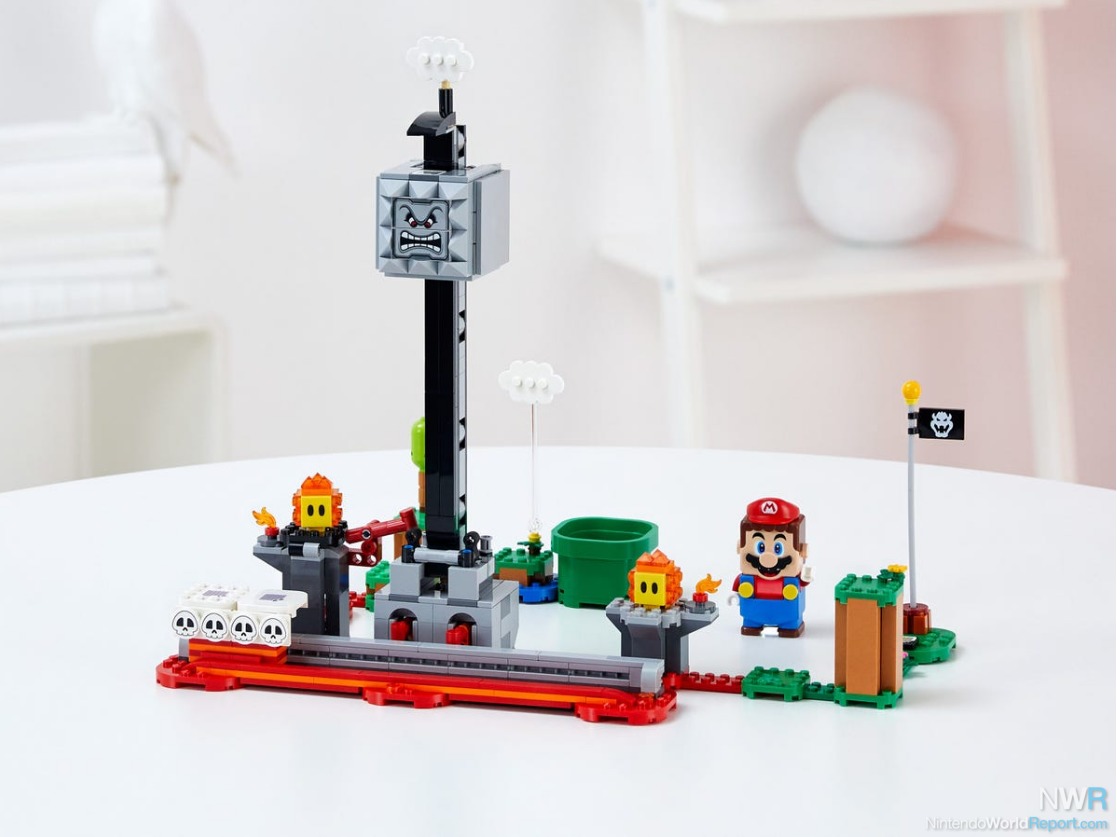 Thwomp brings verticality to LEGO Mario by dropping from above. Additionally, Podoboos can be flung at Mario while he rides a Skull Platform that goes back and forth. Unfortunately, this is supposedly a retailer exclusive, but it seems to be a real neat package. 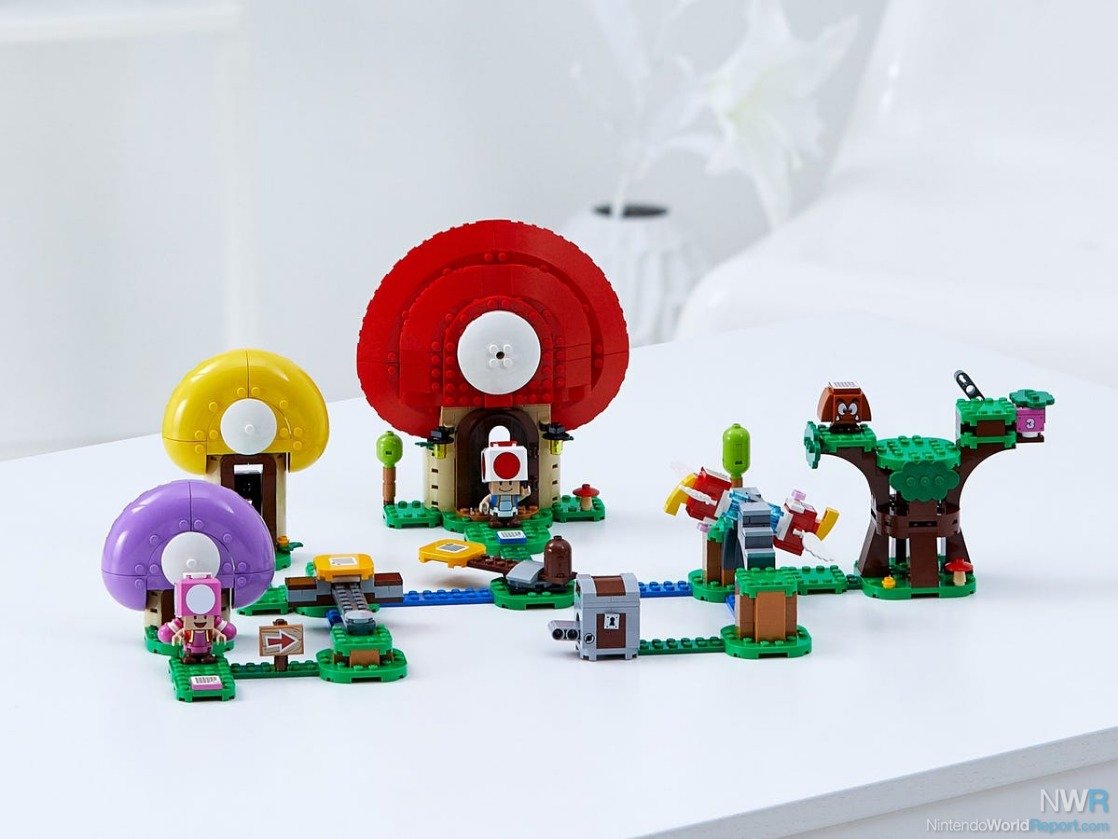 I might have this 464-piece set higher on the list if not for the cost. At $69.99, it’s more expensive than the starter course. Now it might have enough Toads to make you feel like it’s a Paper Mario game from the 2010s, but the hook of making this a treasure hunt is neat. A wealth of interaction points, including three Toad houses, could make this one of the more fiddly and complex of all the sets. 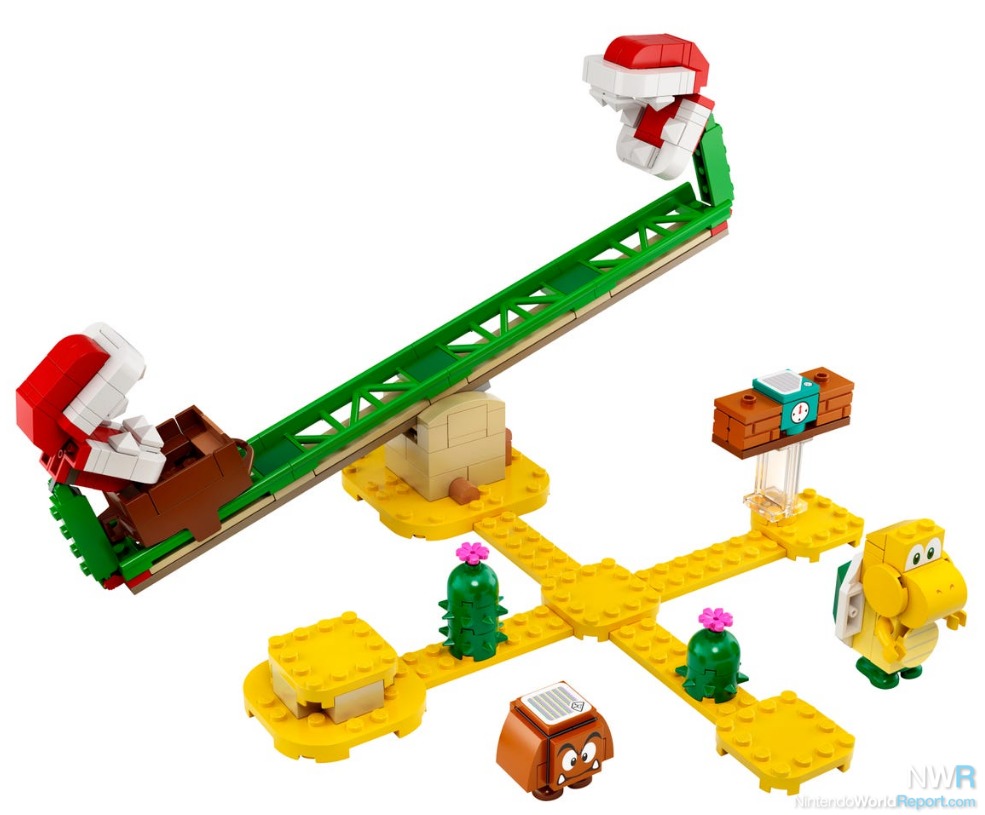 The concept of playing see-saw between two Piranha Plants is amusing. It makes sense that LEGO showed off this set earlier than the rest. It also has four different enemies, including the pair of plants as well as a Goomba and a Koopa Troopa. This might wind up being one of the more unique expansions. 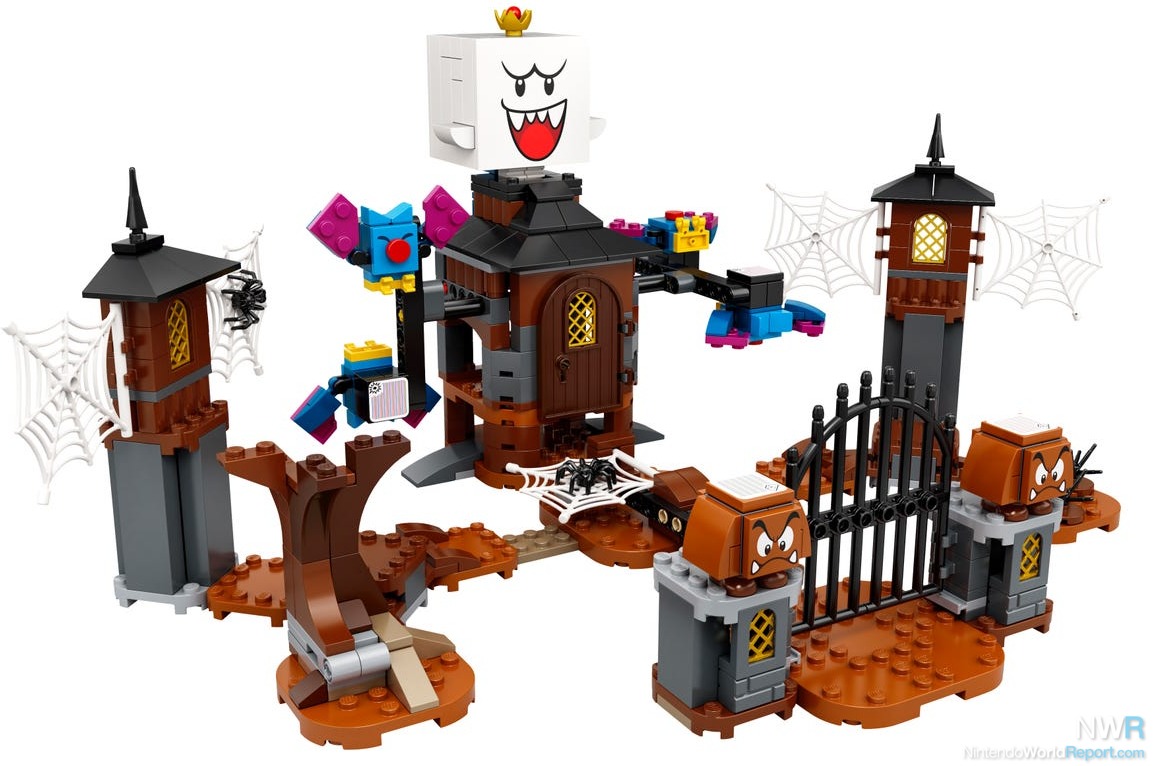 While looking at all these different sets, what struck me is a lot of them seem like they have roughly the same parts with a few interchangeable elements. The King Boo set, at the least, brings a distinctly different theme with its haunted aesthetic. Cobwebs, bats, and spiders pop up in this expansive (and sadly retailer exclusive) set. We can only hope maybe a certain brother to Mario shows up in some sort of mansion set to pair with King Boo. 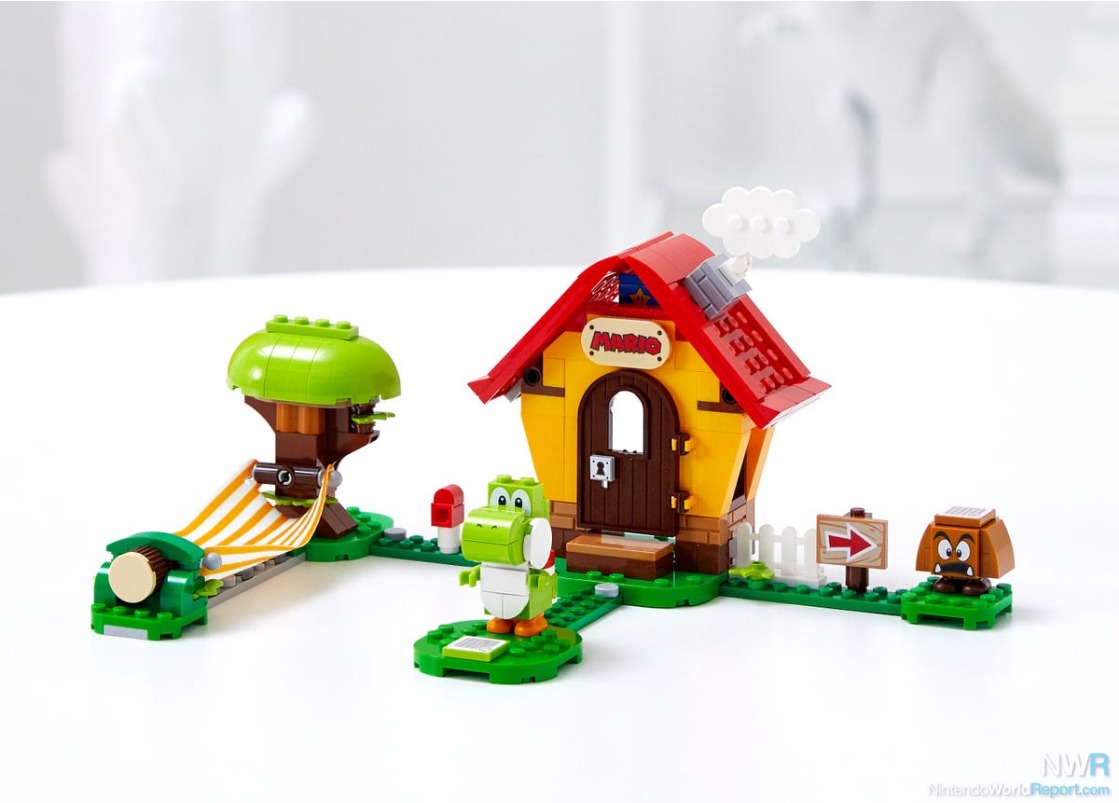 Did you know Mario has a hammock? Me neither, but that’s where our hero sleeps. Also Yoshi just stands right in front of his house like a parked car. Hopefully Yoshi is keeping watch though because a Goomba is waiting to sneak up on Mario while he sleeps. I feel like the storytelling potential of this set is vast. Imagine if Mario’s house was right next to the Piranha Plant Power Slide? Or just set up shop for his little shack next to a castle or fortress. Mario might just find himself in his predicament because of a real bad real estate gamble.