How an Existential and Global Crisis Finally Got Me to Play Animal Crossing.

Sometimes you just need an escape.

It’s March 1st 2020. As I’m sitting behind my computer, it finally hits me. I have finished my time as a student. What started back in 2014 with my aspirations to become a filmmaker has resulted in the completion of my bachelor’s degree in film and media and a master’s degree in journalism and research. I am at this very point academically and practically certified to create media. There is one slight problem. I am unemployed.

I know that unemployment comes with a lot of uncertainty, especially in countries other than my own, where at least I still have access to many services and health insurance and have not been fired from a previous position. While in the final weeks of my education, I was prepared and trained for this uncertainty, it still took me two weeks to fully realize what it meant. On the one hand, I needed a break from all the effort and work I’ve been pouring into my studies over the past six years. On the other hand, I had been looking forward to this moment to work on more creative outlets like writing and video production and using that to build up my resume for becoming self-employed. So far, I had managed to score a few temporary jobs as an educational workshop host, a writer, and a videographer. While I still took my well-deserved breaks, like catching up with my never-ending backlog of video games, I was looking forward to the future with some decent hope. Sure, it could take a while for me to find my footing and get a paying job, but I knew I would get there in due time.

And then the world went crazy. 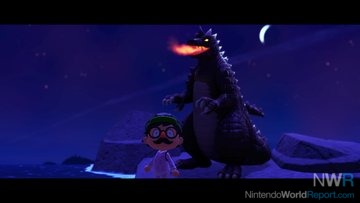 What started out as a slow epidemic grew to be a major pandemic in less than four months. Neighbouring countries to my native Netherlands took drastic measures, but they were almost always too late. Italy got hit hard, and unfortunate deaths and infections rose at an alarming rate. Indeed, the first half of 2020 would be dominated by the effects of the COVID-19 pandemic. And I was stuck in the middle of it: unemployed but hopeful. I was hoping to do some traveling, make new professional contacts, and start showing off my work to the world. Everything was quickly put on hold, as it became clear that events in my field would be cancelled, countries would shut down their borders, and social contact would be strictly limited. Every day was filled with news of more regulations, cancellations and of course the hardest news of all, more deaths from this global pandemic. I’d also like to preface that however devastating the pandemic is and will be in the future, for now, all my personal friends and relatives are safe. I sincerely hope that your friends and family will be safe in these times and that you will try your best to follow the guidelines set forth by the World Health Organization and your governments.

But now, you might be wondering: “Well, that’s fine and all. But isn’t this supposed to be a Nintendo website?” And yes, you are right. It is, however, important to reflect upon these strange circumstances in order to understand why I felt compelled to start and play Animal Crossing: New Horizons. The Animal Crossing series has never captured my attention. I knew of its existence and the incredible fan-base the games have had over the last fifteen years, but it never felt right for me. Life-simulators fall into this weird category for me, where as a player, I don’t feel much of a point in doing small tasks in a specific timespan in order to impress virtual characters. Everything in Animal Crossing, from what I had seen, didn’t seem to have much of a point. It’s one of maybe three major Nintendo franchises that never felt enticing to me. That was until my own world came to a sudden and decisive stop. 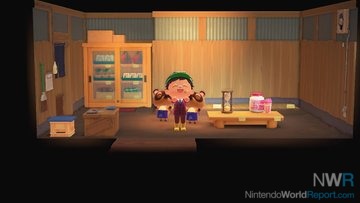 The seemingly infinite amount of free time that accompanies unemployment sounds incredible at first. And indeed, it can be. Having all the time in the world to play games, prepare sessions in Dungeons and Dragons, travel, and meet new people is fantastic. But I am very very bad at sitting still and doing nothing. I need to keep my creativity flowing. I need a routine in order to feel productive and fulfilled. I need focus. That is a particular challenge of being both unemployed and self-employed at the same time, particularly once the messages slowly came in that a lot of my contracts would be postponed or cancelled since events in The Netherlands would be cancelled until after June 1st. I needed a new outlet to pursue my creative freedom; I needed to create a new routine. I felt the urge to make social contact with new friends, and I finally understood the appeal of Animal Crossing.

Where game series like Metal Gear Solid, The Legend of Zelda and Kingdom Hearts tell epic stories of good versus evil and have a clear sense of purpose, Animal Crossing is just sort of there. It exists in this perfect vacuum of being both wholesome and inviting for players who feel the need for routine without wanting to feel pressure. Every single villager in this game greets you with a smile and tells you about their day. Every resource has multiple functions, from the addicting and creative crafting system, to helping you fill up your house with furniture and other objects. Even the social features are free from external pressure. I’m not here to compete to get the highest score; I don’t need to perform to the best of my ability. I am just here in the now, enjoying my time with friends. I can explore possible new goals for my own island, or gawk at some of the magnificent furniture I will one day be able to buy. Even if it’s just for a thirty-minute play session in the morning, Animal Crossing makes me feel connected in a world where everything is starting to become disconnected. While every video conference or voice call starts to feel like it needs to connect to a job, in Animal Crossing I can sit on a bench and comment how I am going to buy that kaiju statue in the future. Even playing offline gives me some great social satisfaction by meeting new villagers and delivering them fruits and other furniture. 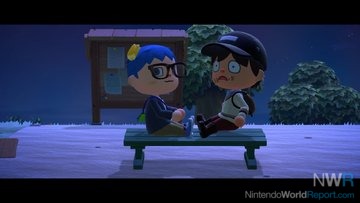 The personal question I am stuck with right now is a strange one. Has Animal Crossing always been there for me and I just have never had time to make a connection with it? Or has it become the escape from my personal situation due to the unbelievable circumstances in the real world right now? Let’s be frank, the game has only been out for a week, but seeing all the online talk, photos, towns and memes for this past week, it feels like it has always been here. It’s a world that is part of our lives, a world that has just been sitting there, waiting to be found by people who need that escape. While right now it might reflect the world that we wish we could live in, full of travel, social interaction and the possibility to pay off a mortgage in less than a week, I feel that it also might aid players after this global crisis has abated. Some aspects that we have already seen by people who are helping others in these tough times, like bringing gifts, talking every day with people who might otherwise become isolated, sending messages over long distances, and completing simple tasks that change the world for the better: all of these things need to keep happening. Of course, this crisis will hopefully end soon, and I hope that these are the lessons that people will learn from their time with Animal Crossing. In my case, this game has shown me that even during an existential crisis and in these strange times, there are friends to be made and experiences to be shared. I have shared with you some of mine and I’m looking forward to hearing some of yours.

Help others and please stay safe! 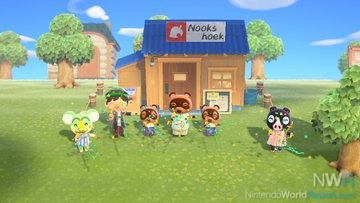 I don't think I've appreciated how Animal Crossing lets you form routines in a safe environment until now. I just read a twitter thread about how people sharing their playing of Animal Crossing with their therapists and one of the comments shared exactly that, the therapist pointing out how helpful it was that they were establishing routines, even if it was in a virtual world.

That's probably helped by the game just being such a comfy and safe virtual space. It's sort of like in the first season of Netflix's Altered Carbon TV series where the AI program Poe has to delicately re-habilitate the mind of Lizzie Elliot inside a safe virtual environment. Never mind that that character ultimately ended up being re-habilitated into someone with a taste for violence and the skills to bring that about but... well, um... I've forgotten where I was going with this ^_^'