For years, Nintendo’s online offerings have been at times barebones, inferior, and baffling. But the saving grace was that they didn’t cost anything. There was no membership like Xbox Live Gold or PlayStation Plus required. When Nintendo finally announced a paid membership required for online play, it was delayed almost a year to September 18, 2018. Today, it’s still a sad state of affairs, and the last few days trying to play Super Mario Maker 2’s Multiplayer Versus mode have highlighted a key realization for me: either Nintendo doesn’t really care how their games run online, or their efforts to differentiate themselves from their competitors have blinded them to what’s acceptable with online play.

Around the launch of Super Smash Bros. Ultimate, you could throw a stone in any direction and hit an article lamenting the continued struggles of Nintendo in putting in place an online infrastructure that would allow one of their biggest games to run well enough to still be fun. I remember in the November Nintendo Direct before Smash launched when Sakurai suggested that players buy a LAN adapter for their Switch to give them a better online experience. I’m sure that the adapter does and would help, but it’s laughable that Nintendo would admit so openly how they continue to fail in the online arena.

My online experience with Smash Ultimate was annoying and enough to deter me from playing more, even when I was just playing with friends in the same city, but Mario Maker 2’s online multiplayer, both versus and co-op, is unacceptable. Since launch, more than half of the matches I’ve joined have resulted in a level of lag akin to slow motion. I can count on one hand the number of times the lag hasn’t been noticeable, and the real shame is that these matches have been really enjoyable. In the interest of full disclosure, my ISP provides 300 Mbps, which is confirmed by multiple speed tests, and my Switch is located about three feet from my router, so my connection isn’t the problem. I’ve also never seen anything even close to this on my PS4 or Xbox One. No one should be finding an absolutely broken experience in any AAA Nintendo title, let alone one that celebrates their flagship mascot and his legacy. 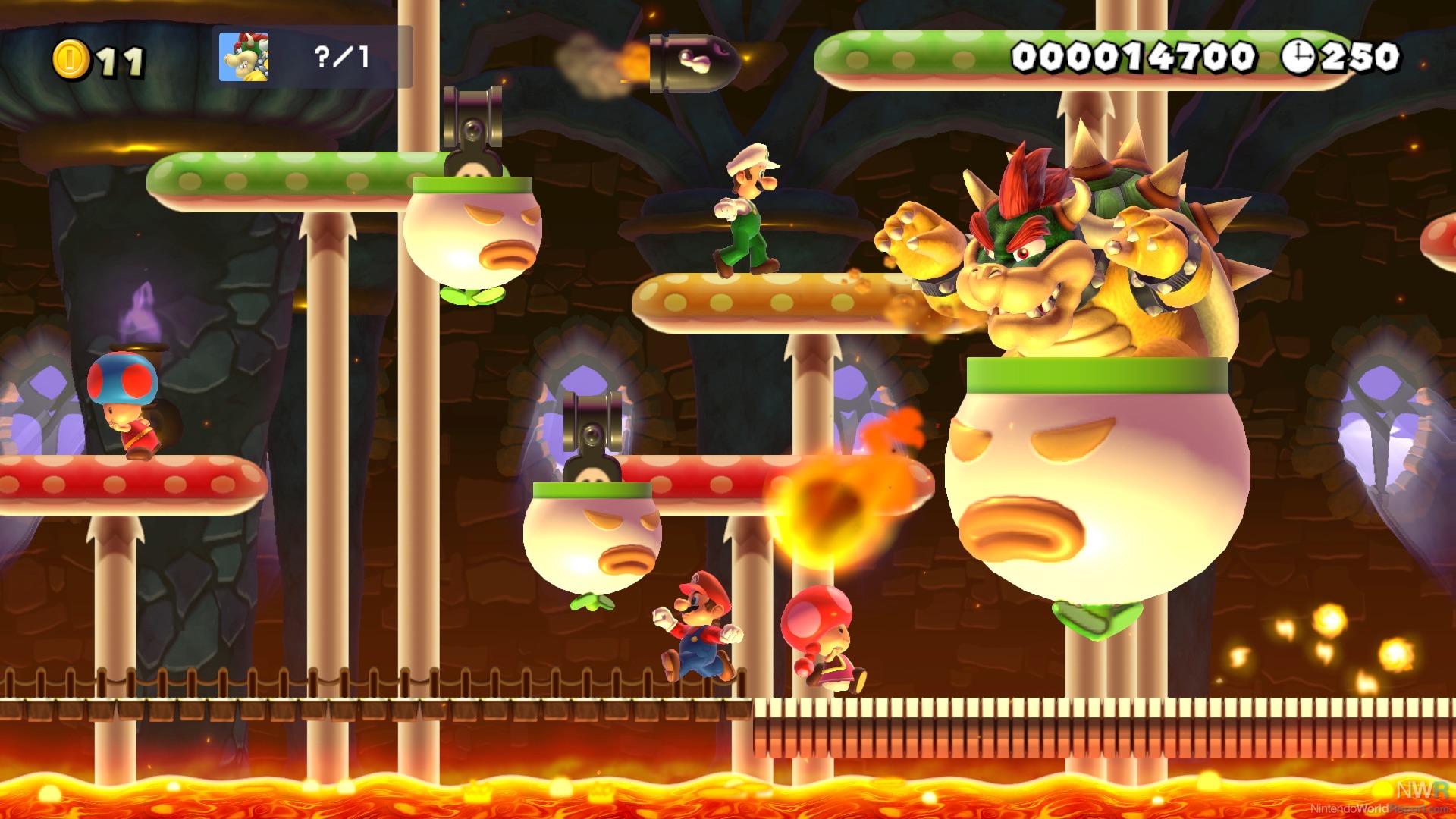 There was a time when we could shrug our shoulders and expect this sloppiness from Nintendo. They were the charming toymakers who didn’t charge for access to the online side of their games, but things have changed. Sony and Microsoft charge three times as much as Nintendo does to play their games online, but they offer the world compared to what Nintendo does. NES games, infrequent promotions, and a phone app for online chat are a joke when weighed against the free monthly games and steller online experience of PlayStation Plus and Xbox Live Gold. The promise of a better quality online experience has not even come close to fruition, so the question begs repeating: What are we actually paying for with Nintendo Switch Online?

It may become lost among the joy of sharing immensely creative levels, running through a fun story mode, and speculating over what new content Nintendo will add to Mario Maker 2 in the future, but make no mistake: Multiplayer Versus and Co-op are in shambles and they represent an embarrassing lack of care put into what may still be one of the best selling titles of the year. Given Nintendo’s track record, I don’t expect these modes to ever be fully repaired, but hopefully some improvements will come down the pipe in the not-too-distant future. It’s still ironic, though: in his Maker outfit, Mario’s dressed as a builder or construction worker, and a significant part of his most recent outing couldn’t be more broken.