The Quirkiness of Mario Maker Is Muted on Switch

Super Mario Maker was a pure delight when it launched on Wii U in 2015. While it was ultimately too late to save the system, the game perfectly used the GamePad as players could make their own levels and check out a slew of creations online. The sublime experience of creating was dotted by so much weirdness: Skinny Mario, the Mario Paint flyswatter mini-game, the Mystery Mushroom, and random death sound effects. In addition to providing a unique and playful creation mode, Super Mario Maker was also profoundly bizarre.

Four years later and Super Mario Maker 2 is on the verge of coming out on Nintendo Switch. In many ways, it’s a far superior game, adding in an excellent set of Story Mode levels, widening the pool of items and tools to use in creation, and launching on a console with a much bigger install base. But Mario Maker 2, for better or worse, cuts off the knees of some of the most memorably abnormal and goofy parts of its home console predecessor. Skinny Mario has been eradicated; while a few Mario Paint references still exist (what’s up Undodog?), the flyswatter mini-game is gone; the Mystery Mushroom and all of its numerous guest characters are missing; random death sound effects are absent. Even other playful elements, such as shaking items to change them to alternate versions, are instead demystified down to holding the item in place and accessing a menu. I implore you to check out GameXplain’s several videos experimenting in Mario Maker 2 and see how limited aspects of the toolset are. 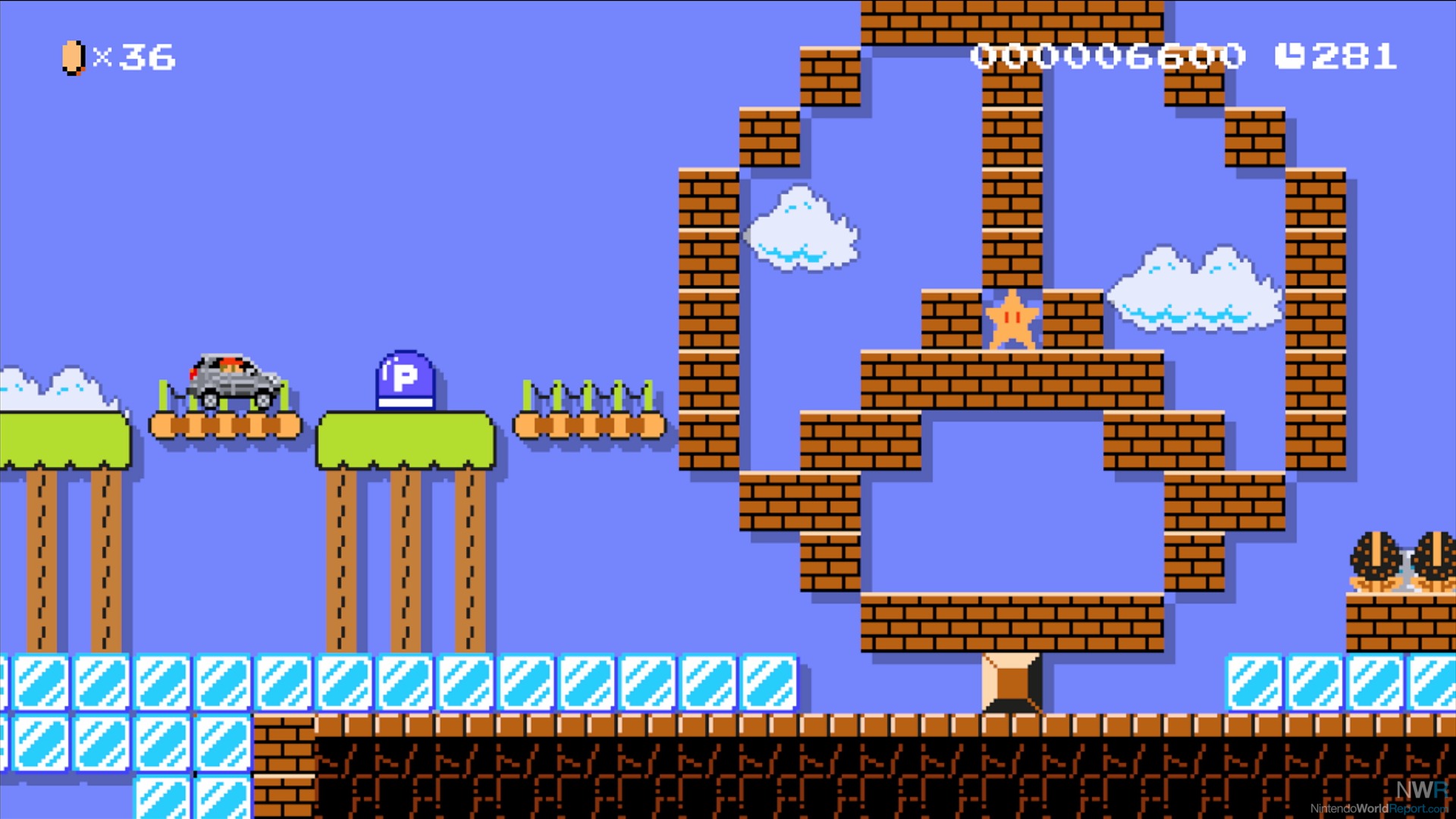 I’m aware most of this isn’t germane to how Mario Maker plays. Ultimately, the glory of new items, new themes, and the delightfully charming Super Mario 3D World skin outweighs the absence of a haunting tall and lanky Mario sprite. Even still, that cool 3D World skin is totally divorced from the other ones. You can’t even stack enemies in the 3D World style and while you can still do amazing things and the Koopa Car is so much fun, it’s so siloed off that it requires more deliberate design work to make a level than the experimentation and fanciful play of making in the original.

Limitations were always going to hinder Mario Maker as Nintendo moved away from dual screens with a built-in stylus. The Wii U GamePad made for the perfect setting for Mario Maker, and the Switch does an admirable job between button and touch controls to try to replicate the freedom of simultaneous GamePad and TV. In the process of that transfer to the next platform though, Super Mario Maker became less of a quirky experiment and more of a utilitarian product. 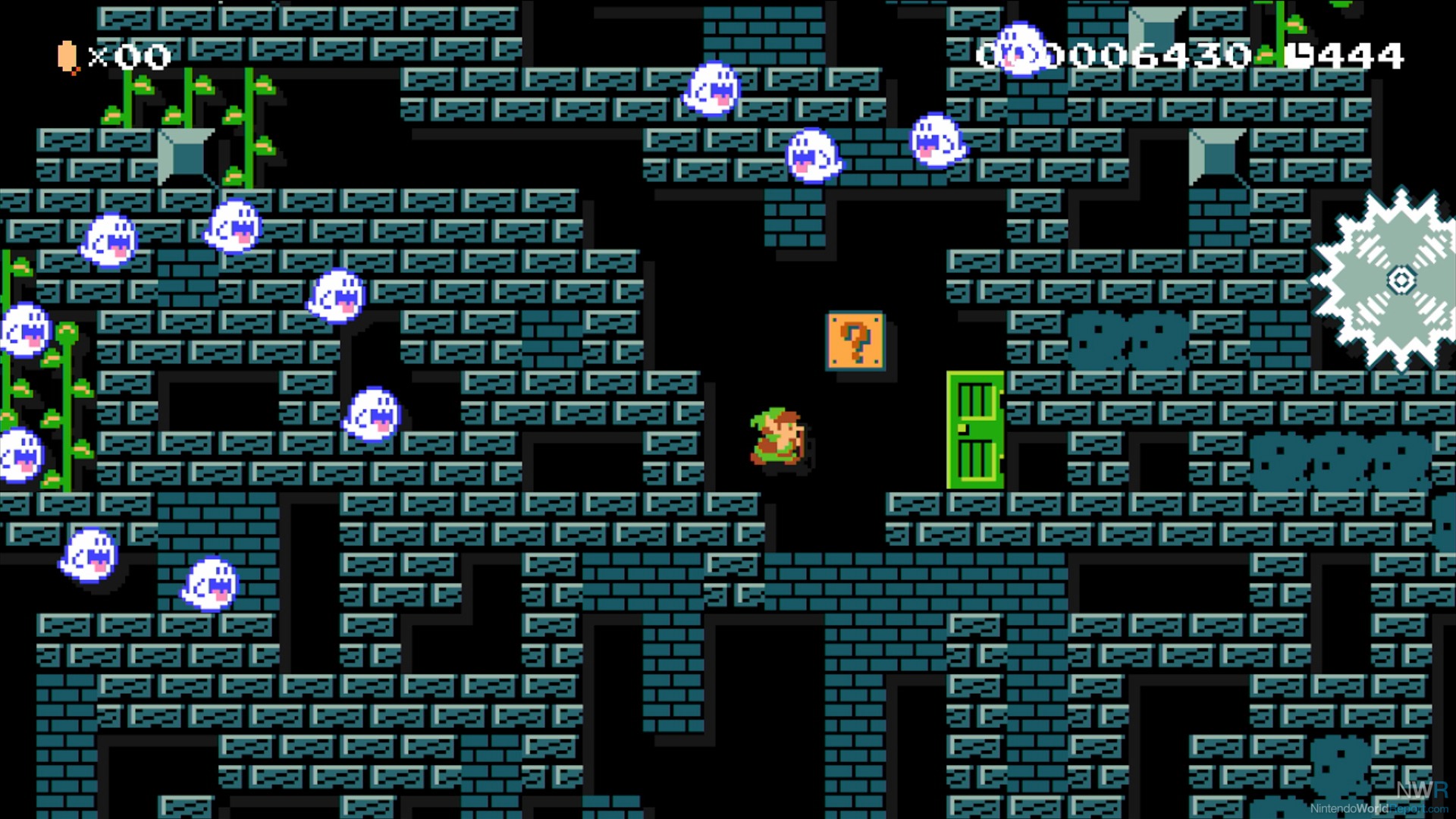 At the end of the day, Super Mario Maker 2 is still a charming and enjoyable game. Part of its wacky soul might be corrupted, but if that’s the price we have to pay for an interesting Story Mode, a more robust assortment of tools, and a player-base that will dwarf the Wii U’s in a matter of months, maybe that’s okay. If the Mystery Mushroom had to die in order for Mario Maker to live, that’s probably worth it, but it’s still a bummer.

Also, there’s always the chance that some of these quirks, or even brand new ones, are included in a future update (like the online friends multiplayer patch that was promised at E3 2019). The original Mario Maker was very good about smoothing out some issues while also deepening the creation pool. In the era of live games, Super Mario Maker 2 could get its Skinny Mario groove back. I’ll shoulder my mild disappointment now and cheer for a brighter and weirder tomorrow.

I for one, have many amiibos, and I’m sad that they won’t be used for unlocking characters in this game. Why?

the Wii U was quirky and weird console, it fits.