With each new iteration of Super Smash Bros, once the dust settles of who’s on the roster, the conversation shifts to single player. Of course we can expect Classic mode and other franchise staples, but when it comes to the premiere single player experience, the series has been trying to replicate the feeling and emotions brought up by Subspace Emissary, for better or worse. It was a flawed mode that featured top-tier cutscenes, but the gameplay itself left much to be desired. However with the introduction of World of Light, we see a shift of focus to making a fun and engaging experience and while not perfect, it delivers one of the better single player options for the series to date. 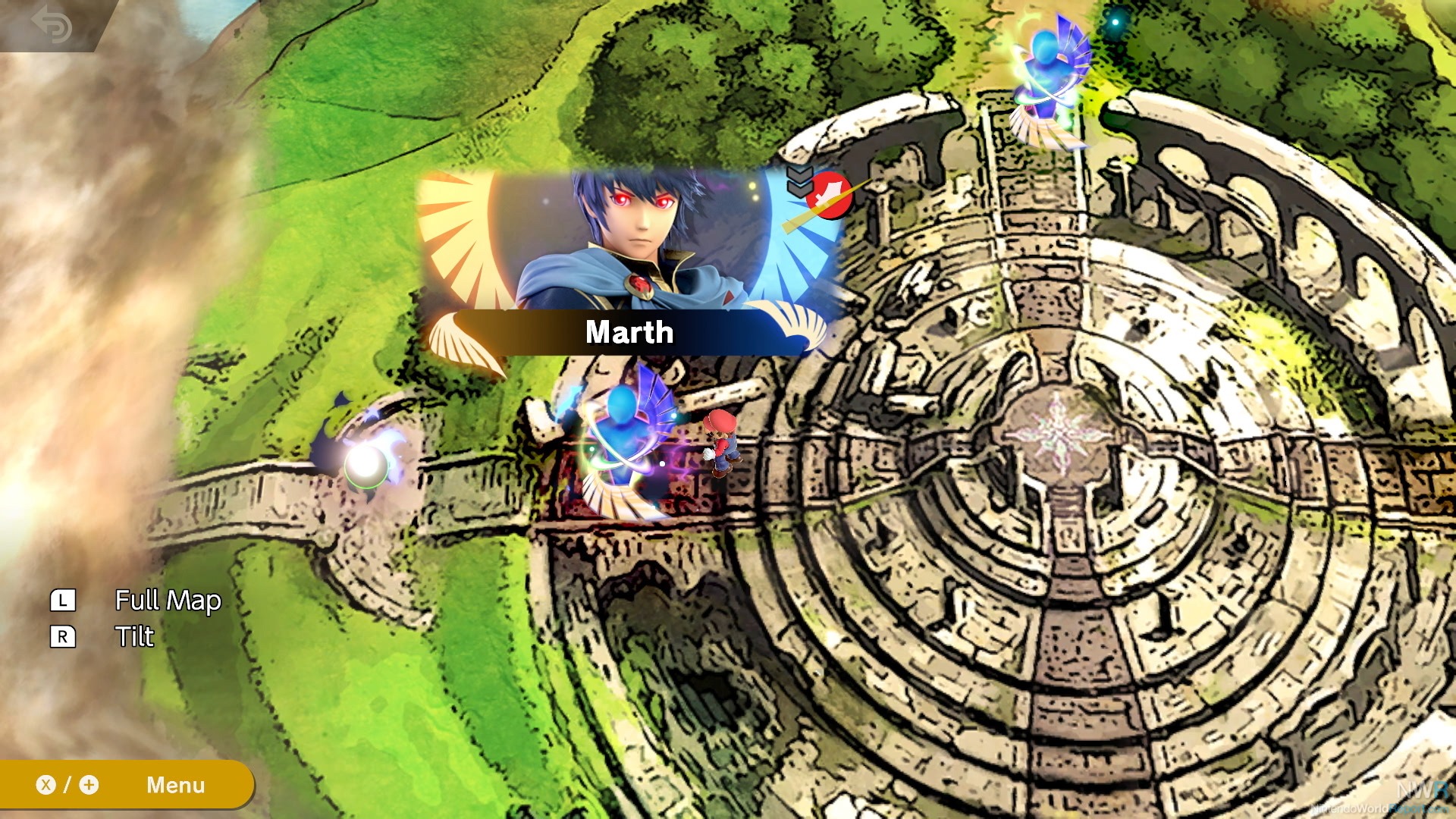 World of Light starts us off with a wonderful cutscene in which every character is brought to their demise by an army of Master Hand look alikes, save one lone round puff, Kirby. It is learned that Galeem, the being responsible for the attack, is using the now imprisoned fighters to create puppets. These puppets are then inhabited by Spirits, taking on their personality in battle offering some unique and clever battles. Once you gain control of Kirby, you’re free to explore the branching paths of this huge map Mario Bros style, traveling from node to node battling and ultimately collecting Spirits. You’ll encounter different roadblocks that require specific Spirits to bypass adding even more value to collecting as many as possible. It is satisfying to revisit dead ends to find treasure chests filled with goodies or even a tucked away hidden fighter.

Speaking of Spirits, they’re the focal point of World of Light and both collecting and powering them up is vital to your success in freeing all the fighters. There are two types of Spirits: Primary and Support. Primary Spirits level up as you play and come in four varieties. Each is assigned an attribute: Attack, Shield, or Grab, forming a weapon triangle similar to Fire Emblem. Attack has the advantage over Grab, Grab beats out Shield, and Shield fends off Attack. There are also neutral Sprites that end up ignoring the pros and cons of the triangle. Each of these Primary Spirits has a varying number of slots to attach Support Spirits to, giving the fighter different boosts in battle. Some give you an item at the start of each melee, while others boost certain attacks. However I found the most interesting abilities to be scenario dependant. For example when the stage has super high winds, a Support Spirit that negates the swirling gusts goes a long way to evening the playing field. This has you constantly checking out new Spirits to see how they can help give you the competitive edge. 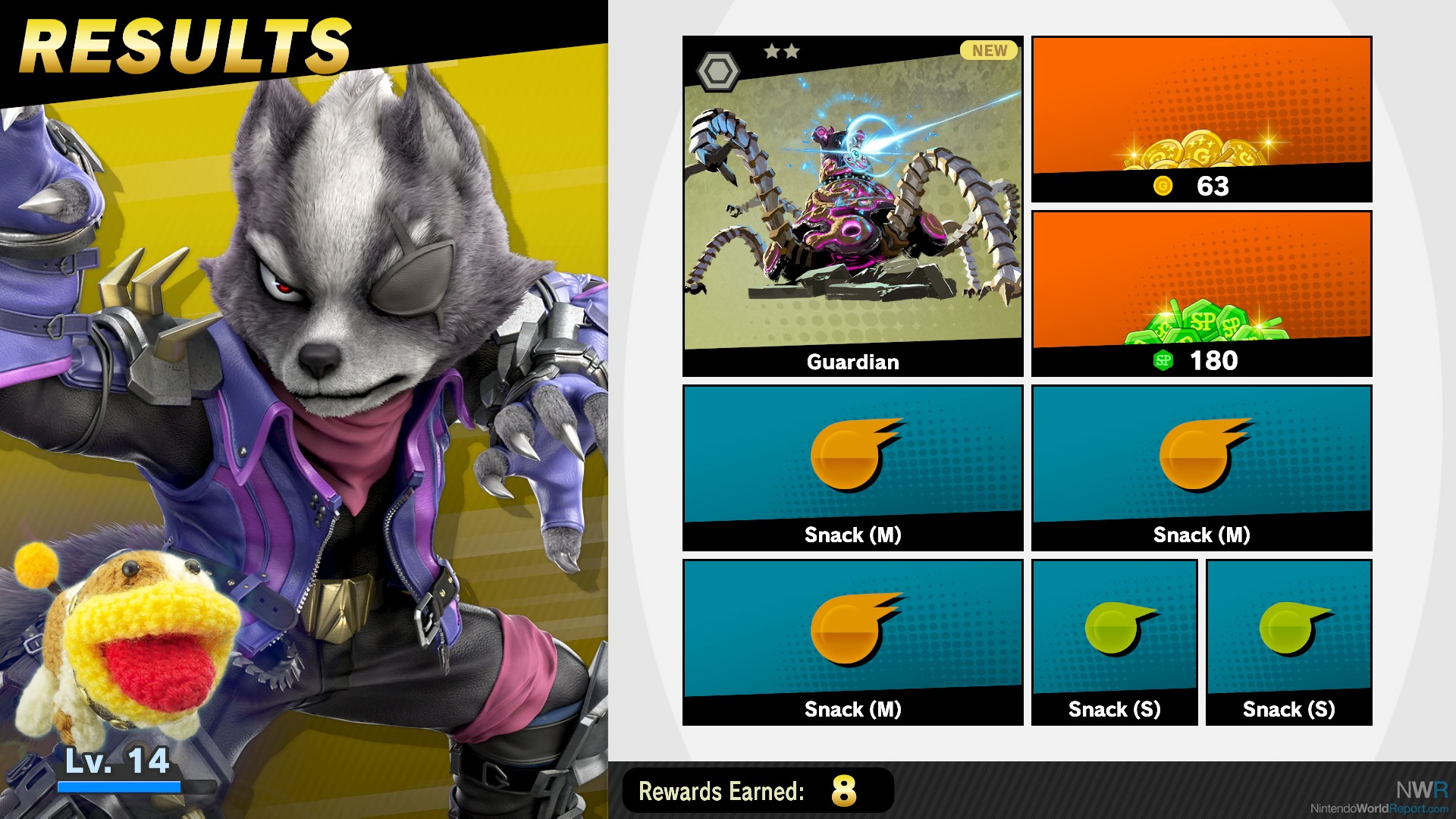 With over 1000 different Spirits, it might seem a little intimidating to pick which to use and when, but luckily after a short period of time, it all comes together nicely. Before each brawl begins, you’ll be given the information on which type of Spirit you’ll be fighting as well as the parameters of that specific encounter. You then can easily and quickly adjust your team before jumping into action. There’s also the option to save team loadouts for those looking to get into things even quicker. In addition to powering up your team in battle, there are snacks that can be feed to spirits to gain big chunks of experience. And when all that fighting is taking its toll, you can take a step back and actually summon powerful Spirits by dismissing ones in your collection. Doing so will reward you with cores and when combined, yield new and exciting Spirits that join your party. Now if you’re thinking, “Wow, there are a ton of ways to get Spirits!”, don’t even think for a second Sakurai’s stopped there! The Spirit Board is a great spot to constantly check in on as the Spirits are only available to for a set period of time before shuffling out for new ones. Nintendo has even done events, giving extra bonus and making rare Spirits show up at certain parts of the day or night. 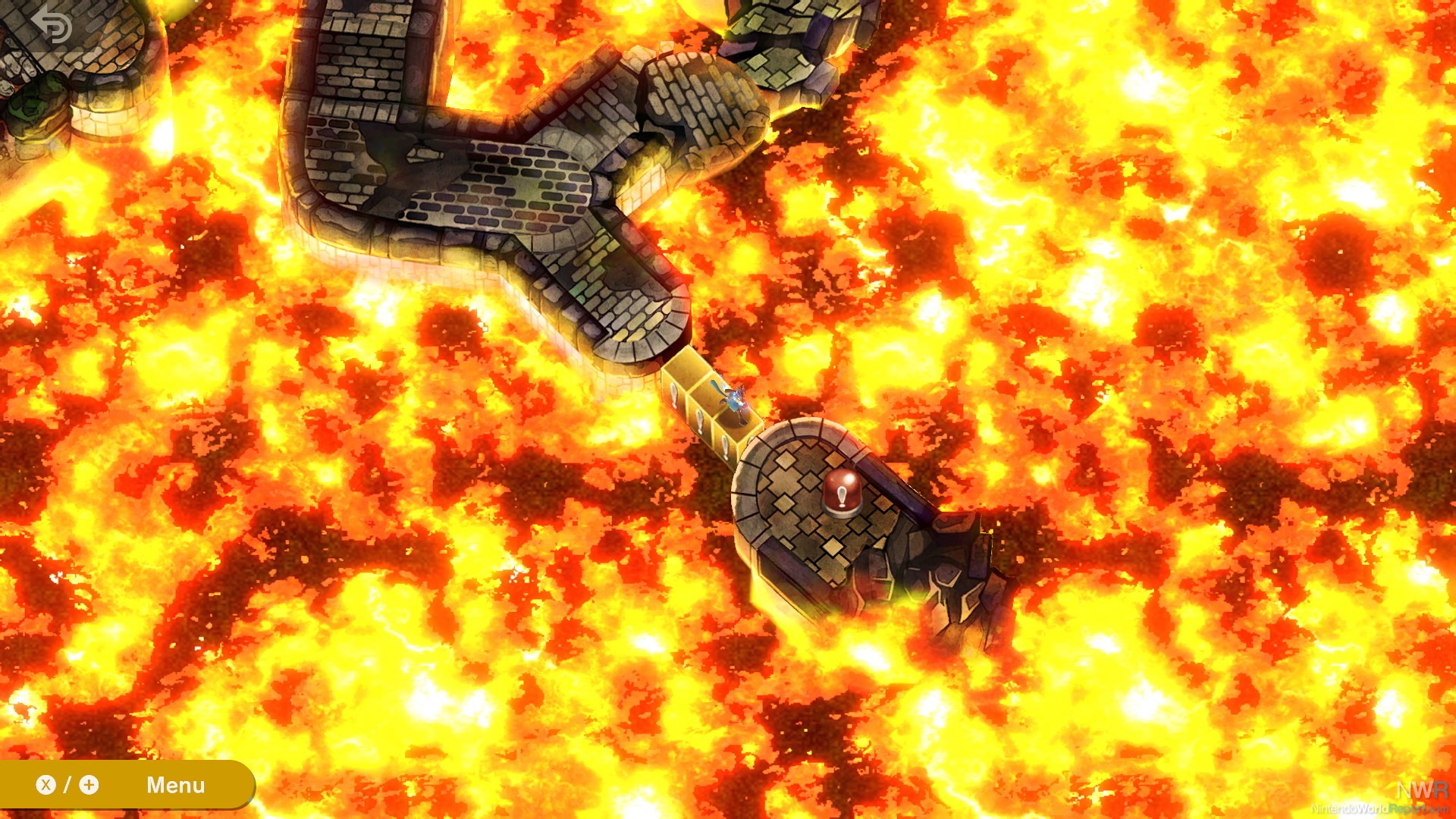 World of Light puts a huge emphasis on Spirits, but the beauty is that it’s easy to scratch the surface and make progress, but wields a level of depth for people looking to dive deeper. With three different difficulty levels, it makes it extremely approachable for just about anyone to jump in and have fun. Playing on normal I found the degree of difficulty to be fair, offering enough pushback to make it enjoyable, but not frustrating. There were a few encounters that spiked in difficulty, but these were usually guarding something optional that could be revisited once you had a stronger team. The Skill Tree also helps to elevate those tougher battles by allowing you to unlock skills which boost your abilities dependant on your playstyle. I enjoyed messing around with my team of Spirits, but my favorite thing were the scenarios and their nods to the Spirits origins. Encountering Ness’ Father who is represented as a phone and is actually invisible during battle had me smiling from ear to ear. Or seeing Plague Knight portrayed as Doctor Mario, but with increased explosion and fire attacks as he constantly grabbed explosive items, helping to mimic his playstyle in Shovel Knight. The downside to these are you are expected to have a base knowledge of the character and their game, otherwise a lot of the smart design goes unappreciated.

World of Light has plenty to see and do and is sure to keep you busy for hours on end if you have intentions to save the entire roster of fighters. Spirits are fun to collect and allow a lot of flexibility in how you approach each encounter. The encounters themselves are absolutely wonderful, giving players who are familiar with the characters a true treat. It’s a shame they don’t give better background information on Spirits and the series they come from like they have with trophies in the past, leaving those curious for more information high and dry. Despite that, it’s still easily one of the better if not best single player offerings Super Smash Bros has delivered to date and the perfect mode to jump into between battling friends.