Then, thanks to the launch of Diablo III on Switch, Diablo became convenient to me to play. I could play it portably. I could play it on a Nintendo system (narrowly specific but writing for a Nintendo website means that’s your main system whether you like it or not). With those few elements in my favor, Diablo sunk its teeth into me. In a week of playtime, Diablo went from a series that passed me by to one I will continue to pay attention to.

And that’s because, well, Diablo is beautiful orchestrated chaos. It’s action-RPG brilliance. It’s the most comfortable of comfort food gaming. So much of my time with Diablo III has been like a borderline clicker, roaming around environments spamming buttons in some sort of rhythm to unleash helpful minions, lay down damaging area-of-effect attacks, and drop hurtful spells and melee attacks. I can play this on auto-pilot, but it’s not without its depth. Level-ups are plentiful, especially early on, and those levels add more skills and abilities that you can tweak and customize. Exploring and fighting gives you more loot, which you can sort through and find a loadout that accents your playstyle. You can gain resources to craft better weapons. You can transmogrify your gear to look like whatever you want it to (or just look like Ganondorf). That feedback loop is what kept me engaged even as I developed into a destroyer of worlds with my Witch Doctor. 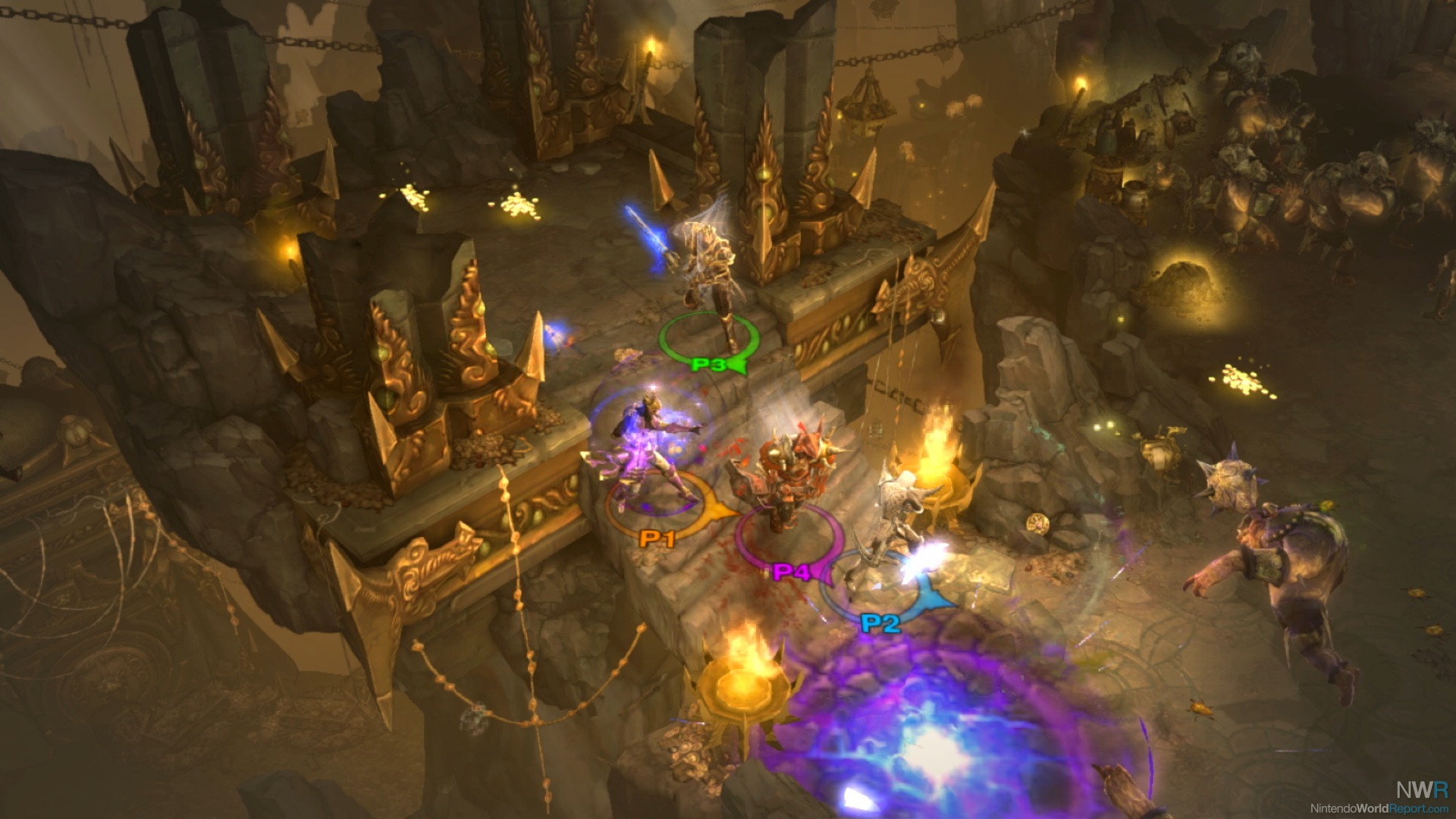 Diablo III is a good hangout game. Because of that semi-mindless interaction, it’s perfect for local or online multiplayer. Hell, it works on one Joy-Con if you’re so inclined. I don’t necessarily recommend it but hey - it works. This is a fantastic game to sit back with some buddies and chew the fat. While all my pre-release online time has involved Skype, it also uses the Nintendo Switch Online app if you’re so inclined. Whether you’re using the official Nintendo method or rocking Discord or Skype to talk, the online runs beautifully smooth. It’s one of the most impressive online games I’ve seen on Switch. I haven’t tested playing tethered to my phone, but judging by how well it works at the edge of my home’s WiFi reach, I wouldn’t be surprised if that was a viable online method.

I’m not sure how much of the post-game I’ll do; while I love gathering loot, when that’s all the game seems to boil down to after the main campaign, I’m not too enthused. But regardless, I’m going to polish off the story with my Witch Doctor and likely start up another character class and mess with the alternative adventure mode, which is a little bit more of a procedural design than the rigid structure of the story. I could see Diablo III being a game I return to over the months and years as potentially new content is added or maybe I feel like trotting out a Demon Hunter to go mess up some villains.