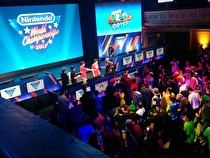 The second-to-last round in the event was an offbeat one-vs.-one match: the Versus Mode in Super Mario Bros. Deluxe. This somewhat unsung remake of the original Super Mario Bros. has been lost to time to a degree, showing up on 3DS Virtual Console a few years back and that’s it. Even on 3DS, the multiplayer mode highlighted at the Championship isn’t playable. It appeared that, for the event, players played using the Game Boy Player on a GameCube, which is ridiculous.

Anyway, that mode was incredible to watch as two players ran through remixed Mario Bros. stages trying to hit blocks to mess up the other one. I really hope this mode makes some kind of comeback in the next few years.

2. Splatoon 2 Can Be Exciting to Watch

Where is our major Splatoon 2 league? Those Tower Control matches were intense and I'd watch that on the regular. All three of the matches went down to the wire, and it was made even better by the fact that one of the teams was almost entirely made up of contestants under the age of 12. The older crew ended up winning, but it was an intense set to watch.

The spectator view combined with some impeccable announcing made for a compelling watch. I always doubted Splatoon’s watchable prowess, but it seems like Nintendo fixed those issues with the spectator mode in Splatoon 2.

3. Bird & Beans Is a Magnificent Troll of a Game

I almost fell out of my chair when Bird & Beans, a little-regarded WarioWare mini-game that saw second life at DSiWare launch, was revealed as a game played at a competition in 2017. The simplicity and difficulty of Bird & Beans definitely isn’t something for everyone, but seeing people likely seeing the game for the first time have to figure out what the heck to do was spectacular. I commend whoever at Nintendo was just like “I got it: Bird & Beans.” Give that person a raise. 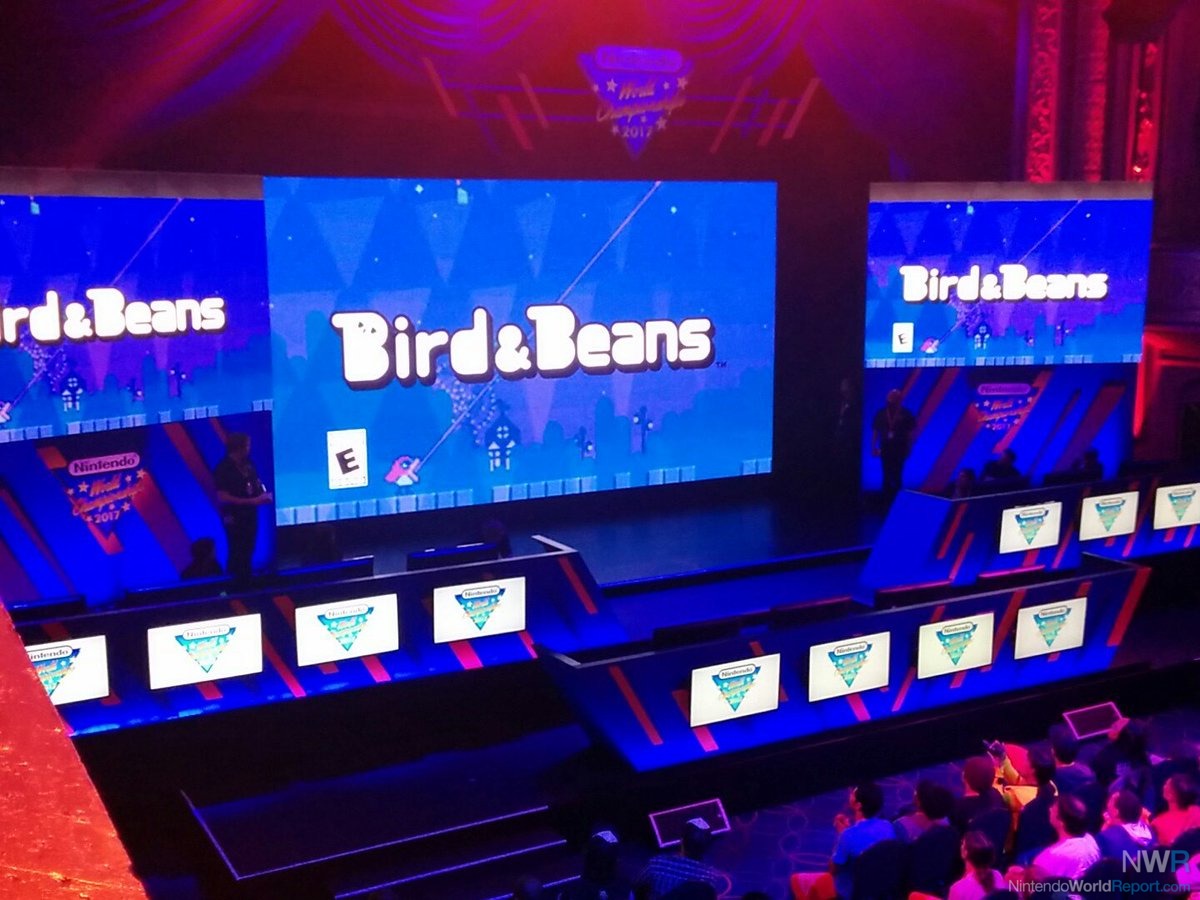 I don’t really have anything to add. The three-part finale with Odyssey just made me salivate for the final game (less than three weeks!). That boss to close the event was glorious. I am smiling just thinking about this game.

5. Our Nation has a Problem: Kids Are Bad at Tetris

Admittedly, Tetris on Game Boy is a dated and janky version of Tetris. Even people who have cut their teeth on modern Tetris would have a hard time revisiting the Game Boy classic. Hell, I played hours upon hours of Game Boy Tetris and it still trips me up when I go back to it. No matter how you shake it, the players were bad at Tetris across the board. The youth has a gap in their abilities. Those kids might rock me at Splatoon or Smash Bros., but I’m confident I could take them down with Tetris or Dr. Mario. Note to all future Nintendo World Championship contestants: maybe brush up on some basic puzzle strats. One of these years, you’re going to get stuck with like Yoshi’s Cookie or Dr. Mario.

Also, it’s weird Nintendo highlighted a version of a game that you can’t buy anywhere right now. The 3DS Virtual Console release was taken down a few years ago.

6. Shield Surfing in Breath of the Wild Was an Inspired Opener

From the moment the first game was revealed to be The Legend of Zelda: Breath of the Wild, my mind raced as to what it could be. Maybe some kind of combat thing? Climbing a tower? Nope - it was shield surfing. While it was straight murder for contestants who clearly didn’t spend that much time in Hyrule, it was a really amusing start to the proceedings. If Nintendo’s never going to make another 1080, at least maybe work in some more tricks and jumps into the next Zelda.

7. I Wish Smash Bros. and Mario Maker Were on Switch

Both Smash Bros. for Wii U and Super Mario Maker were a part of the event, with Smash showing up in Home Run Contest and eight-player item-heavy mayhem and Mario Maker getting another Treehouse-designed challenge. Wishful thinking/drinking had some folks out there hoping a new Smash or Mario Maker might be teased. That didn’t happen.

The appearance of the two games did drive home one point: the Switch needs some Mario Maker and Smash in the near future. Those games brought the house down, and also, like, man, Mario Maker is just magic. 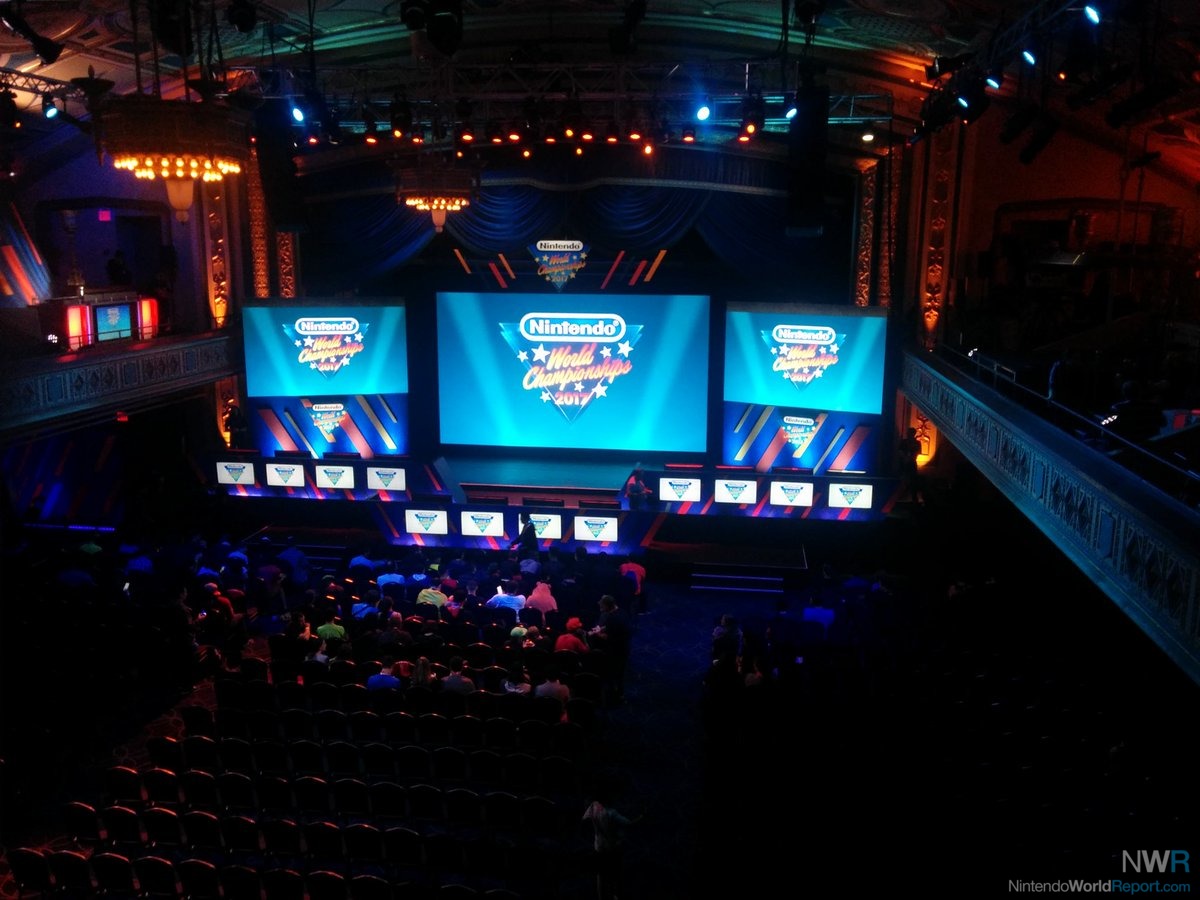 8. That Dude got Jobbed in Arms; What Was Up With That?

I don’t know, but some guy got worked in Arms and it seemed like his controller was broken? But even when it was working, John Numbers perfect’d him twice so maybe it was for the best that dude could go home and just be like “well shucks, I would have won if my controller was working.”

Seeing Mario Party 2 show up was nice and nostalgic. The game was a fun pick and makes me wish Mario Party: The Top 100 was coming to a platform I would actually play multiplayer with others on in 2017. I’ll foolishly hold out hope that Mario Party has potential to be something people don’t just roll their eyes at and wish for the good ol’ days. At some point, those board game video games like Mario Party need to acknowledge the evolution of the genre and, I don’t know, just mimic something like the Jackbox model. Argh. I’m mad that Mario Party still sort of sucks and is relegated to 3DS - a system that I usually have to hold friends at gunpoint in order to play multiplayer with for reviews.

10. Slow Clap to the Announcers

The announcing team did a fantastic job of taking a goofy thing seriously while still having a grand old time. Nintendo’s brand of eSports or whatever that was is something that works super well and the unbridled chicanery adds to it. I do think there is a struggle with making such a drawn-out event appeal to a broader audience, but outside of (and maybe because of) Nintendo World Report, I enjoy Nintendo games. I find it very enjoyable to see Nintendo games be played in a weird competitive manner for fun and entertainment.

We need more good-natured stupidity in our competitive gaming, and this thing has Bird & Beans in it. It was plenty dumb and it was plenty fun.

The whole show was great, I would watch it all again.

I was wondering how they were running Mario Bros Deluxe, Gameboy Player makes sense.

To once again beat a dead horse:
*Nintendo United States Championship Except For A Few Chosen People We Hand Picked And Flew In
There, I fixed it for you.


Anyways, for the actual thoughts:
- Loved the event once again. Bring back Kevin Pereira, though. Admittedly, the commentators in the booth did such a good job that I didn't miss him anywhere near as much as I expected.
- Next time, do the game intros more like 2015, with the longer sound effects on a black screen. Part of the fun was guessing the game, but the SFX was so short this time that by the time my brain could process it to make a guess, the title was already up.
- Loved the extra rounds and thus more games. Best of 3(ish) round one was a great move.
- By no means do I pretend to be good at Tetris, but I'm pretty sure I could have wrecked anybody that was playing it there.
- SMBDX was definitely Game Boy Player; they were using GBAs with link cables. Brilliant game. The sadistic part of me wished there was a Yoshi's Egg hunt section, because I'm a terrible person.
- I totally get why the direct individual competitive games (Smash, ARMS) were there, but I feel like they sort of miss the point of the event. I could be the second best Smash player in the world (uh, I'm not, just so we're clear), but if I just so happen to get paired up against the best in the world, I'm kinda getting screwed.
- Speaking of Smash, it broke my heart that nobody used Yoshi in the Sandbag event, effectiveness be damned. I was shocked that everybody playing it knew enough about it to use Roy or 'dorf - I sure as heck wouldn't have known to.
- No more directly repeated games, please. You have 298374928374 games to pick from. Did you really need to do Balloon Trip again? At least Mario Maker was new levels and Splatoon was a different mode, so I'm willing to give them a pass.

Where is our major Splatoon 2 league? Those Tower Control matches were intense and I'd watch that on the regular