I wrote about Nintendo's basic plan years ago, and admittedly I wasn't completely correct, but I feel as though I need to write more about the company’s plan to increase awareness through utilizing their intellectual properties (IP). Some of what's being done in this area is well known and documented. You are likely aware of the upcoming Nintendo and Universal theme park deal. Smart phone applications also are a way to accomplish this goal as it gets Nintendo brands in the hands of millions. Additionally Amiibo clog space on store shelves advertising Nintendo characters and brands.

However, one area in this strategy that is very poorly documented is Nintendo's licensed merchandise. When Nintendo first announced plans to increase IP awareness, partially through merchandising, many collectors such as myself wondered what else they would do since there is already plenty of licensed Nintendo product out there. Well, my friends, I think it's safe to say we have now entered a new era of Nintendo merchandising as there is more available now than ever before.

For starters, earlier this year, some Target stores had exclusive Mario Kart 8 Deluxe merchandise as well as have decorated portions of their stores to advertise the game. McDonald's had also packed Super Mario toys in their Happy Meals. Savvy Nintendo fans will know that this isn't all that impressive as both companies have run similar promotions in the past, but there is more. 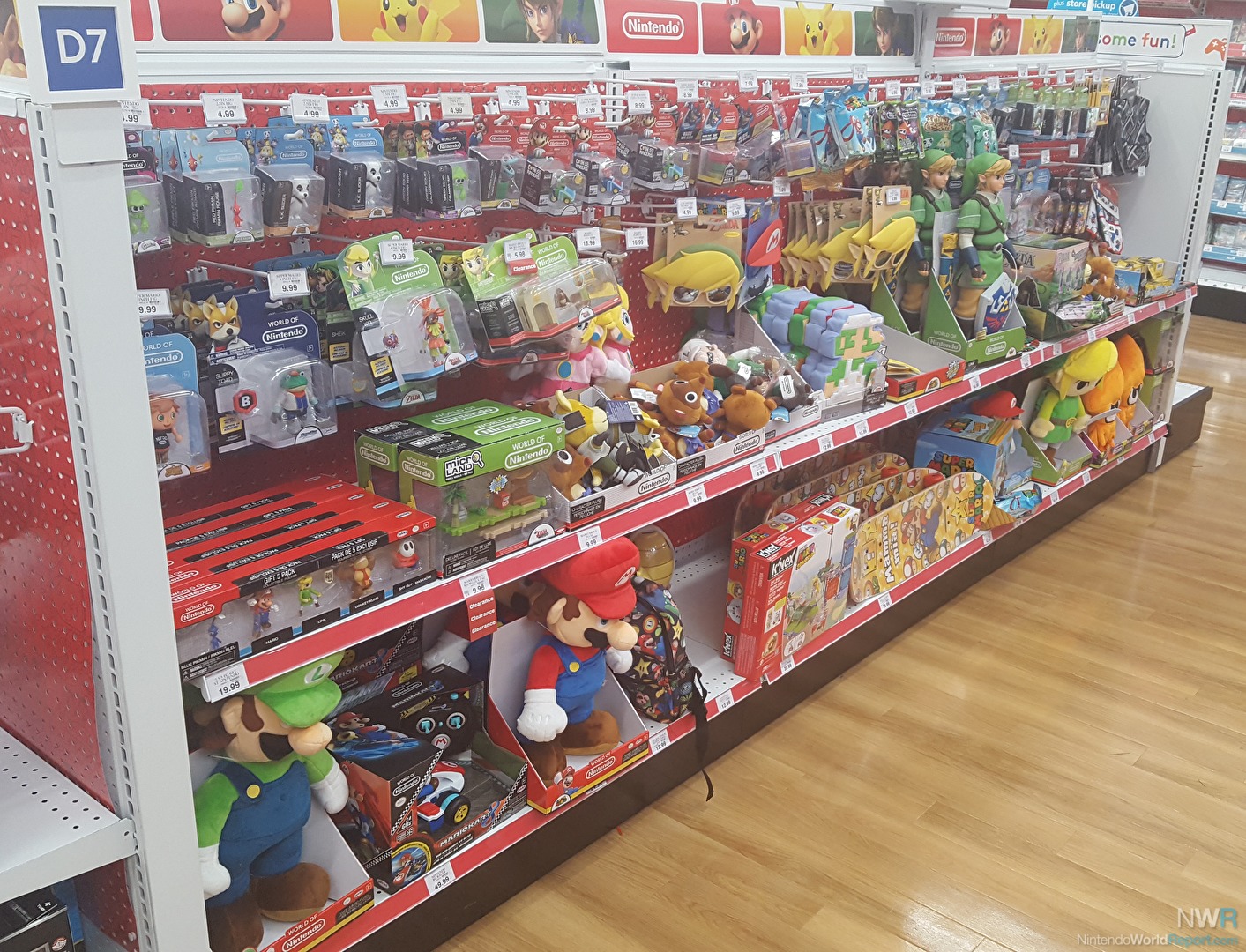 More stores seem to be selling an increasing amount of Nintendo merchandise. Toys "R" Us has recently added a mini dedicated Nintendo aisle to their stores. This has items mostly from JAKKS Pacific's World of Nintendo line, but also has other items like Nintendo baby bibs, clothes, and teethers.

GameStop, a company with their own struggles, even seems to think selling video game merchandise may help business. Have you been in one lately? They appear to be slowly converting into a video game toy store. And within that category are several Nintendo products.

It doesn't end there either. An increasing amount of Nintendo merchandise can be found online and the variety across the board is increasing. Toys, art, lanyards, mugs, figures, statues, costumes, etc. The list just gets bigger by the day. Nintendo finally seems to be cashing in on Game Boy nostalgia, an area that was seemingly barely tapped in the past. (Hey Nintendo Licensing Department, the Game Boy’s power light is supposed to be red, not green!) 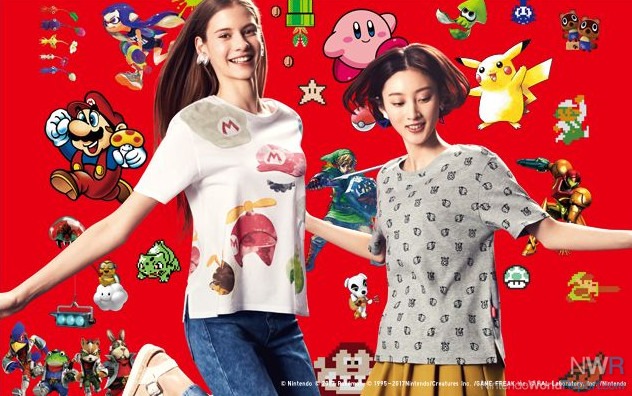 Then there is Nintendo fashion. This category is important to me because I'm, unbelievably, one of the trendsetters here. I remember in middle and high school struggling to keep my Nintendo fashion going. Finding Nintendo clothing items was really hard back then and most stuff came from the amazing Nintendo Power Super Power Supplies catalog that would be sent out with some issues of Nintendo Power. I'll never forget when I first saw a Mario shirt in the window of Hot Topic and knew someone was stealing my style!

Yes, Nintendo clothing has been very easy to get and come by over the last decade. But just last year Nintendo teamed with Vans and this year did a promotion with UNIQLO. This is new and very cool. 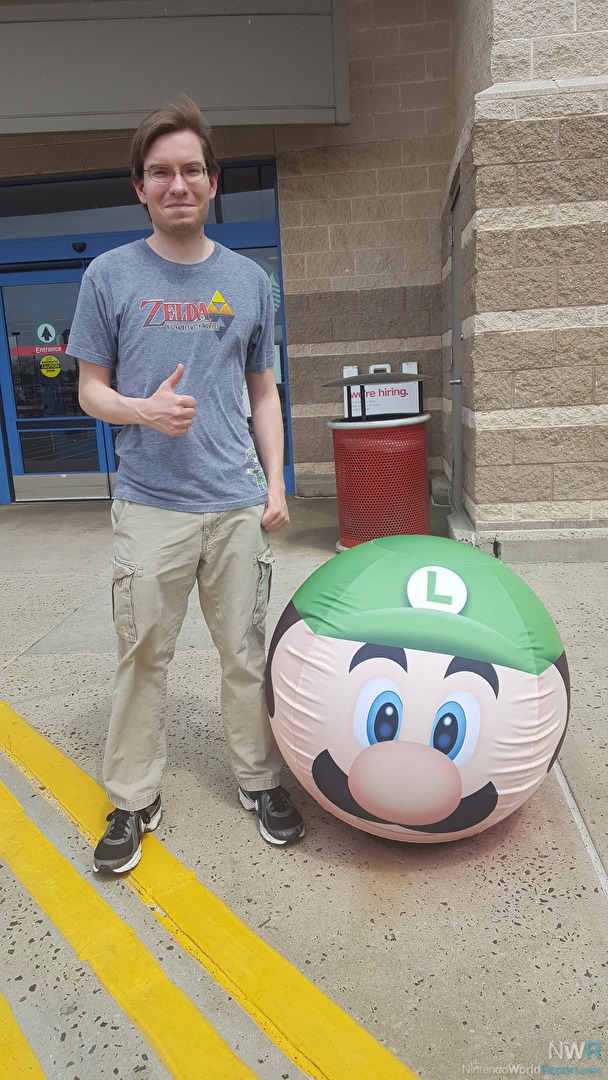 One final piece of this I'd like to discuss is the increased turn around time for merchandise related to games that are just releasing. In the past Nintendo fans mostly wouldn't see merchandise for a game that was new until a year or so after its release. Even if generic products were just branded with a new game's logo. Now new Zelda: Breath of the Wild products were available on the same day as the title’s release. A figure from First 4 Figures, merchandise littered around GameStop, shirts, puzzles, and even more.

As I've mentioned Nintendo merchandise isn't well documented so it's hard for me to use tangible evidence to concretely prove this. Though if you know me you'll understand I'm a big Nintendo collector, so you'll just have to take my word for it that there is a large increase in Nintendo related product out there. So next time you are out shopping open your eyes and try to take note of the ever increasing Nintendo world we are living in. And who knows, maybe someday soon we'll be sitting down to see a Nintendo movie or TV show. The takeover is happening and it’s glorious.