The hard part about annual releases is finding things that change from year to year. But Nintendo's new release Shareholder Q&A 2016 made a controversial decision. With a new man in charge under tragic circumstances, the questions that had some outlets calling the Shareholder Q&A series "good for a laugh" were largely chucked in this year's edition. And despite some information requiring Twitter to access, Q&A 2016 is largely better for it.

A good Q&A always opens with a bang, and "Why do you not have any female board members" sets off an explosion that makes the one that wasted my hometown in WWI look small. Granted, it's a high degree of difficulty to get a conservative Japanese company to consider equality - they just got their first foreign board member THIS YEAR with the appointment of Reggie Fils-Amie - but it's a fun challenge to weigh how Nintendo can support female players while not having a female voice at the highest levels. (If I may, I'd like to nominate Keiko from Treehouse for Chief Destruction Officer.) Shortly after that comes the question about the UK leaving the European Union, and the shock to the financial markets the vote caused is causing this Q&A to be way more interesting. One of the fun mini-games included is "how badly will the rising yen kill Nintendo's operating profit like in 2013?", but recent patches in the UK may mitigate the effects as nobody at the developer actually wants to flip the switch. Other parts include questions about automation, so be ready for a Nintendo-like answer on it. 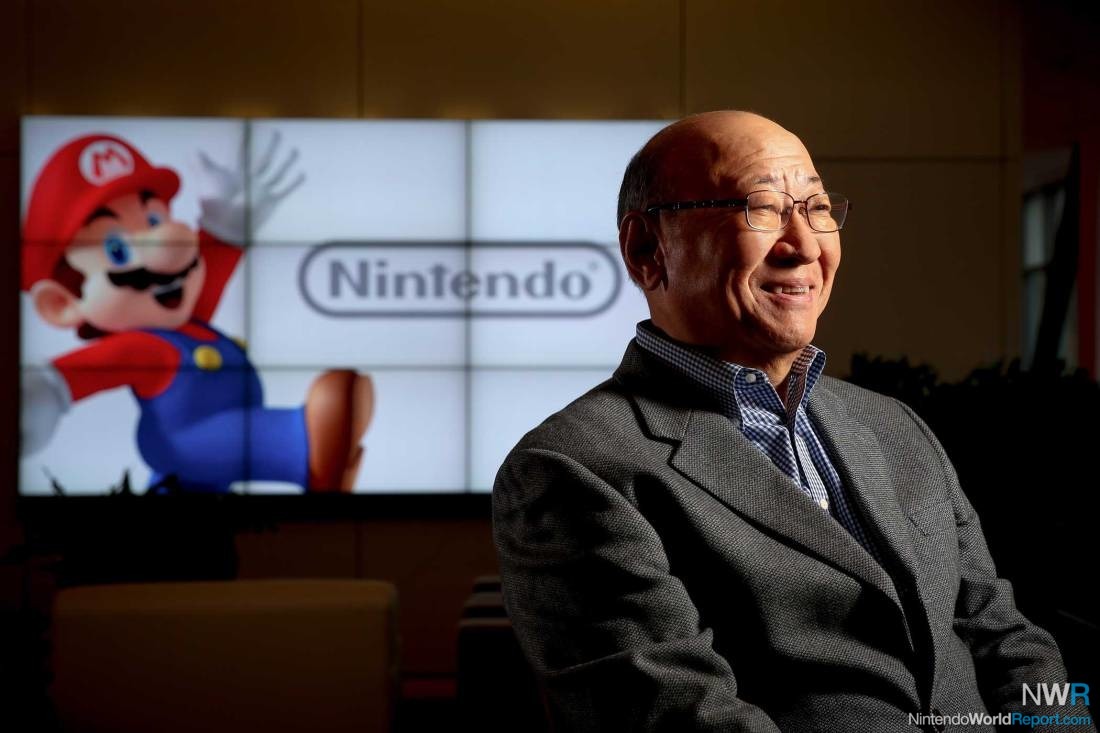 As with any modern gaming company, there will inevitably be questions about mobile and virtual reality. Even if I'm not a big fan of the latter, I thought the handling of it on Kimishima's part - without spoiling it, he said what you'd pretty much expect - was fair enough. Nintendo evaluates a lot of things. But for some reason, Shigeru Miyamoto totally botches the effect of VR at E3. Nintendo was kitty-corner to Sony's booth, which was of a similar size to Nintendo's and at least half VR (and no Vita games, which they SHOULD have been presenting), so it's hard to figure out why the only related response from him is "VR wasn't a big deal at E3". This probably could use a patch and really affected my enjoyment of the question. They're sticking to the "five mobile games" feature from last year, and the Fire Emblem/Animal Crossing doubleheader this fall patch they rolled out in April, so we'll have to wait and see how that plays out. It is insisted that the mobile can help make the 45bn yen profit target, but in my experience I had a lot of trouble replicating this.

If you're coming to Shareholder Q&A 2016 though, you're probably looking for NX information. The big takeaway is that Nintendo thinks they can make up for shortfalls in console sales with Pokémon Sun and Moon + NX hardware and software. But one thing concerns me - the original statements from the shareholder's live-Tweeting included a reference to a console game needing 2 million sales to be profitable. (Thanks to @Cheesemeister3k and @ZhugeEx) This isn't in the English version, which I would love to know if it was just a bug in the live reports. It might be worth monitoring things to see if this gets added in, because if it is true, it would explain why a lot of franchises are going to handheld where the costs are a lot lower and the potential for profit is a lot higher. (See: Emblem, Fire.) It's also why we have job listings for mobile developers in Tokyo and Kyoto, because maybe Nintendo sees even more profit potential off dolphins and whales.

The Q&A does a lot of the little things well, even if showing a Zelda video was a little much. (I'm nice and hyped for Breath of the Wild, thank you.) There's clarification on Iwata Asks, and Nintendo's launched an interview series since with Itoi and others talking about Miitomo. Someone explicitly calls out the marketing strategy with special mention to critical smash/sales (whatever the opposite of a juggernaut is) Tokyo Mirage Sessions #FE, which is another way to appeal to my heart. Even something as minute as a change in the company's articles of incorporation provides an interesting tidbit about Nintendo's plans for the Quality of Life initiative - they're carrying on, but lessons from it could produce products key to the company's diversification. And Kimishima knows what he knows, which is the business aspects, and no less than four other people answer questions in this year's title.

Shareholder Q&A as a series is something that usually takes a year or two to mature and we finally figure out what the CEO of the day is actually talking about. But the 2016 edition will suddenly become clear in about nine months - or less, once we finally can retire Radio Free Nintendo's NX siren.

Some slipups aside, it's a Q&A not to be missed.

VR has failed to take off so far, it's gotten niche sales. And the only time VR is in the news now is like when Oculus blocked fans from illegally porting their games to the HTC Vive. VR has yet to take off and won't until some major hurdles get solved (first is the price because even the base devices are super expensive, second is that they require a large amount of space, third is that you need a powerful computer)

Yeah the obsession with VR is vastly overrated by fanboys on the internet when in reality the general public doesn't give a shit.  Miyamoto is 100% right on this subject since nothing at E3 was even remotely close to being a killer app like Mario 64 or Wii Sports for VR that's going to make the masses spend over $400 for it.  Yeah preorder's have currently sold out but Wii U and Vita preorders also sold out before those systems were launched and we all know how both of those systems turned out.  The hardcore tech heads will buy almost any form of new technology at launch so the launch for VR might be good but nothing shown so far is going to give it any kind of meaningful legs after launch.

I have to say that as I grow older my interest in the Shareholder Q&A series has diminished. I understand the series has reached an apex like Madden or FIFA, where small improvements take priority over large overhauls. But I really think the engine is starting to show its age. It would certainly be impressive to see something like Konami's Fox Engine being put to use on a series like this instead of Pachinko machines. But maybe that's not an investment Nintendo wants to make right now.

While I don't doubt the quality of this year's Q&A (the score seems to confirm my suspicion) I just fear I may have outgrown the series. I'll be skipping it this year and look forward to something truly new and great next year.

I'm sorry but I find the female question plain stupid one. Not saying anything bad about Females. Its just that in business terms, men are just more suited for this more than women. And really, does it matter just what gender a business person is so long as he/she gets the job done right?

does it matter just what gender a business person is so long as he/she gets the job done right?

Depends on the job.


EDIT:
Wait, what were we talking about?
jobs jobs jobs

VR is just like PC gaming, yes you can get it, but its going to be expensive.