Ever Oasis is Grezzo's Chance to Prove Their Worth

After a half-decade of Zelda, Grezzo gets to make their own thing and that’s awesome. 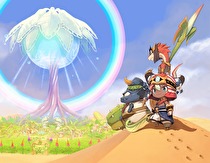 E3 2009 feels like a lifetime ago, especially as Nintendo’s presence at the events and in the industry has morphed and evolved since. But back at E3 2009 in a corner at Nintendo’s booth, I played this weird little game called Line Attack Heroes. I knew nothing about this weird eventually-Japanese-only WiiWare game where you lined up groups of characters and beat up enemies. Soon after that E3, it faded from my memory to a point where it quietly released in Japan in 2010 and I forgot all about the game and the unknown little company that made it.

Nintendo must have liked what they saw in that company, named Grezzo, as they worked with them again after Line Attack Heroes. Their first project? Work with Nintendo’s Zelda team to bring Ocarina of Time to the Nintendo 3DS. With that, Grezzo carved a niche at Nintendo over the next five years as a 3DS developer working on remakes and more, including Ocarina of Time 3D, Four Swords Anniversary Edition, Majora’s Mask 3D, and Tri Force Heroes. They even managed to crank out a StreetPass game in that time in Flower Town, as well as assist FuRyu with the RPG The Legend of Legacy. 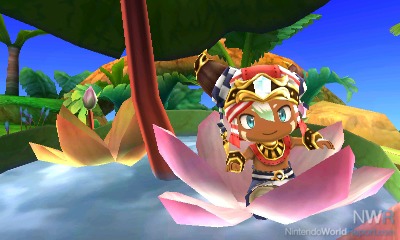 Seven years after the E3 where Line Attack Heroes came and went, Grezzo’s Koichi Ishii took the stage at Nintendo’s Treehouse Live at E3 2016 to reveal the studio’s first original project in years: Ever Oasis. The action RPG seems to pull from Grezzo’s staff’s experiences, mixing things like the puzzles from Zelda, the community building in Flower Town, and the action-RPG combat of Ishii’s beloved Square-Enix creation: the Mana series. Ever Oasis could be the culmination of Grezzo’s years as an ardent 3DS developer. It could be the success story they can call their own.

Along with the demo from E3 2016 looking fantastic, that’s a big part of why I’m jazzed for Ever Oasis. It has proven talent behind it, even if that talent was working with remaking other people’s games. The quality of Ocarina of Time 3D and Majora’s Mask 3D is readily apparent; they are the definitive versions of classics. You can’t remake those games to that degree of quality without understanding what makes them tick. Seeing what the developers at Grezzo can do with their own world and their own characters have spending a half-decade studying Zelda’s is exciting. 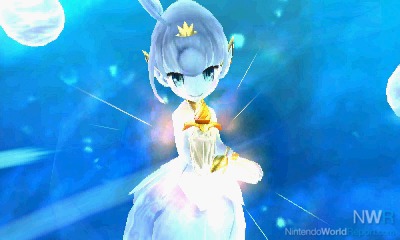 It’ll be a while before we see what kind of fruit Grezzo will bear, as Ever Oasis isn’t due until 2017. Hopefully that means something like January or February, because if it comes out after the NX launches in March, we might just have another Chibi-Robo or Drill Dozer on our hands - the hidden gem that came out just a little too late to be a smashing success. Regardless of when it comes out, Ever Oasis will be fascinating to follow to see if Nintendo’s apparent faith in them is wise.

I really do want this game. <3

Im sure I will be buying it too

I'm very interested too. It made my top 10 of games I submitted that I'm looking forward to.

You know....this game feels similar to another game called Beyond Oasis and has some references to that game.


Nothing wrong with that...just saying.

I'm not sure this game has any chance regardless of release date of being a "smashing success" but it has my interest.  I've avoided the 3DS RPG maelstrom thus far but I should be in the mood for an RPG in early 2017, hopefully this game is great.

I want to be into it, really I do, but I'm losing interest in the quasi-chibi/cutesy character designs and art styles that have been hitting us recently. Feels like every game, especially the RPGs, are going with a style like this. Fantasy Life, Fina Fantasy Explorers, Ever Oasis, they all just look similar. Maybe it is an easy style to make look nice on 3DS hardware, but I'd like to see something different for once.