Fans have been clamoring for a new Nintendo Direct for months, and it’s finally happening on Thursday. So today I’m going to share my predictions of what we can expect.

The Nintendo Direct format was the brainchild of Satoru Iwata, and now that he is no longer with us, everyone is wondering how the format will change. Nintendo’s new President, Tatsumi Kimishima, has always come off as a more private and less social person than Iwata. I say this from the perspective of both the man keeping very quiet while he was the President of Nintendo of America, and from my personal observations while seeing Kimishima at several E3 events. With that said, I highly doubt he will make any appearance during the presentation. 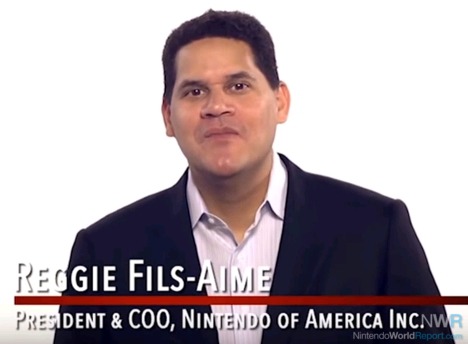 So what’s going to happen? I think each region will have their own host for the Direct. We now know that Japan’s Direct will be hosted by Mr. Morimoto, North America’s will likely be hosted by Reggie Fils-Aime, and Europe’s will probably be run by Satoru Shibata. While these hosts may transition to different parts of the Direct, it wouldn’t surprise me if Nintendo let the people behind the development of each title mentioned do most of the talking. So expect regional dates and information to be discussed by the host, with deeper game details and information to be talked about by game developers.

I think the Direct will take some time to discuss some of the games Nintendo views as a big part of their Holiday lineup that have already been released. I’m talking about brief mentions of Super Mario Maker, Yo-Kai Watch, Yoshi’s Woolly World (in North America), and Animal Crossing: Happy Home Designer. Then I suspect we will be treated to a more in depth explanation of the remaining Holiday titles coming from Nintendo. Titles like Animal Crossing: Amiibo Festival, Mario Tennis: Ultra Smash, Xenoblade Chronicles X, Pokémon Super Mystery Dungeon, and maybe Devil’s Third. I don’t expect many, if any, surprise announcements coming from these titles except maybe being told about some new Super Mario Maker Event stages. 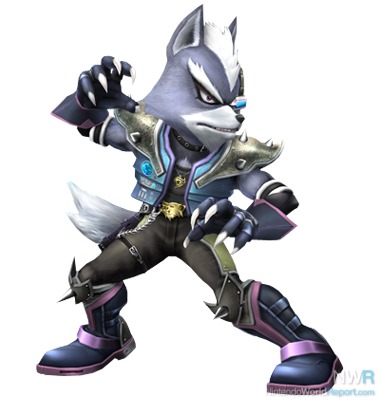 So what are the big guns we could hear about? First, lets start with the DLC. It’s been a long time since we’ve had Super Smash Bros. DLC, so I think it’s a no brainier that we will hear about up to three new characters coming to Smash Bros. the day of the Direct. What characters? My guess is Wolf, an Inkling, and hopefully for my sake, the Ice Climbers! OK fine, maybe the Ice Climbers are just something I refuse to let go of, but I can’t give up on my previous Smash Bros. mains making a comeback. I expect some new stages and Mii costumes as well.

The next major DLC I think we will hear about is for Splatoon. I’m not just talking about a few new weapons here, I mean some real DLC. Maybe a new online mode or two and the ability to play as Octolings. Additionally, we could walk away with a new short Octoling campaign. Can you think of a better way to breathe more life into Nintendo’s newest smash hit IP? I can’t.

We also have to hear something about Star Fox Zero. It may not be released until next year, but Nintendo owes their fans a greater explanation as to why. What’s being added or worked on now? My guess is some sort of online mode and Amiibo support. That’s right, I wouldn’t be surprised if Star Fox Zero released with a full range of Star Fox character and vehicle Amiibo. We may not learn what their functionality will be, something needs to be saved for an early 2016 Direct, but we will see them in all their glory.

Speaking of Amiibo, we will likely learn about the western release dates for the rest of the Amiibo in the Animal Crossing figure line, and maybe when we can expect to see the second series of Amiibo cards make their way outside of Japan. Nintendo may even go as far as to tell us when the next set of Smash Bros. Amiibo including Lucas, Roy, and Ryu will hit store shelves. Oh yeah, and that 8-Bit Modern Mario will also be sold exclusively at Walmart stores before the end of the year in the United States.

Miyamoto’s Project Guard will likely be discussed in detail during the Direct. Nintendo recently listed this title for a 2015 release, and I think it will be up on the eShop following the Direct. Yeah, it’s probably taking the NES Remix route.

At the end of the presentation we will probably be told to look forward to Zelda Wii U in 2016. No trailers or screens at all. However, they have done something to help Zelda fans deal with the wait. The Legend of Zelda: Twilight Princess HD will be available to download on Wii U that day with a physical release coming in early 2016.

The Japanese page says just games up until Spring, so Zelda U is probably out. Although I doubt they'll do the game awards again, that seems too predictable and kind of shameful considering last time they promised both Zelda and Star Fox would be out in 2015. Plenty of games for later in the year were shown last November during the "as far as Spring 2015" direct, so... what the heck, let's get crazy, I'm predicting Zelda Wii U will be there: characters, gameplay, world design philosophy, dungeons, a subtitle ect..

I'm expecting some more 3DS titles will get a mention. There is both Monster Hunter X and Fire Emblem Fates to look forward to. Fates will probably get a February/March release date and hopefully we can get a confirmation that MHX will be getting a localization.

I think you are reaching on the Splatoon stuff, most of your predictions make sense.

I see no major release being announced during the direct. I love Zelda: TP but a HD remake is snooze-news. I want to play new games with my ever dwindling free time, not an old game again with a fresh coat of paint.

I don't expect much from Star Fox Zero. Feel like that was a major delay to add online. Or at least that's my hope. Maybe they saw how great Splatoon is doing and FINALLY realized online multiplayer is in fact, not a fad.

Starting to wonder about amiibo. People are tweeting pictures of stores with the once rare ones in stock. Did the bubble burst - with people sick of waiting for the releases - or did Nintendo finally get a second factory going to produce the cheap plastic figures?

My one guarantee for tomorrow is that fans will be underwhelmed and mad about something in the ND.

Well, there is the possibility of SMB wave 2. We saw potential models of Rosalina, Wario, and DK in Mario Party.

Re the Splatoon DLC: IF it's paid DLC (which I have to think the playable Octolings are), I'd love it if there was an equalizing element added to Splatoon, especially regarding Amiibo support and the weapon plans you get through the single player campaign. I'm (unfortunately and annoyingly) stuck in one portion of the single player mode that I'd kill to pay to get rid of, and if I have the paid DLC then that might mean that I do, and it would get me to play more of Splatoon again, as I frankly stopped playing because I wasn't getting anywhere (and people were being annoying little campers during Splatfests).  So if that were to happen, I'd easily play more Splatoon.

It's been leaked that there will be 6 new characters for smash, so...

If you mean the 4chan leak I saw a pretty sold debunking of it on reddit yesterday. Too many vague calls on big items along with a lot of "safe" calls along with a few inconsistencies makes me strongly doubt the leak's validity.


But I could see them adding 6 new Smash characters. Three were already planned before the ballot, and probably include returning characters such as Ice Climbers, Star Wolf, and Snake. Maybe one more new character thrown in for variety.


The second set would be the winners of the Smash ballot. Also, the removed characters from Brawl are all prime candidates to be added as DLC, such as Dixie Kong and Toon Zelda.


I like the fake leak of Toon Link being added to Splatoon with a new paint bow weapon though.

Some details about the limited edition would be nice, though (aside from it being US$70).

So what’s going to happen? I think each region will have their own host for the Direct. We now know that Japan’s Direct will be hosted by Mr. Morimoto, North America’s will likely be hosted by Reggie Fils-Aime, and Europe’s will probably be run by Satoru Shibata.

Shibata has already posted a photo of him shooting the thing on facebook.

There will be a 3 to 5 minute tribute to Iwata. They will then announce that Balloon Fight is free to download for the next year.
I'm pretty solid on the first part, the tribute, and just wildly speculating on the second part.

Twilight Princess HD is a no go. They would want to make a bigger deal out of it like they did with Windwaker and there have been no retail leaks yet. So, they might announce it but it will not be instantly available.

My wild hope is for an Endless Ocean sequel for Wii U. Or for both 3DS and Wii U. That'd be fine.

I think they'll talk about Rodea the Sky Soldier a bit.

I predict they will pull a Sega and announce NX is on it's way to stores right now. Turns out it's jut New 3DS renamed with a dongle or something with connectivity to Wii U.

Good thing i am now watching NA DIrect as well, because European Direct didn't have these shenanigans.

They all go live at once.

I always watch either russian or british one on wii u. And then maybe check out bits of NA or JP version for any differences.