A Journey Through Modern Zelda

How does the GameCube crown jewel hold up? 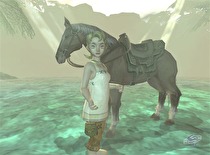 I get the itch a few times a year; you know the one. The one where you forget about the lengthy tutorials and the boring fetch quests and just get that seriously strong urge to go explore Hyrule again. In recent iterations, Zelda games are substantial undertakings; while you can breeze through Link to the Past in 5-10 hours, it’ll take at least four times that to explore any 3D Zelda title. After a recent move, I was looking for something to break in my new office / game-room and decided it was finally time to give Twilight Princess a long-awaited second look. 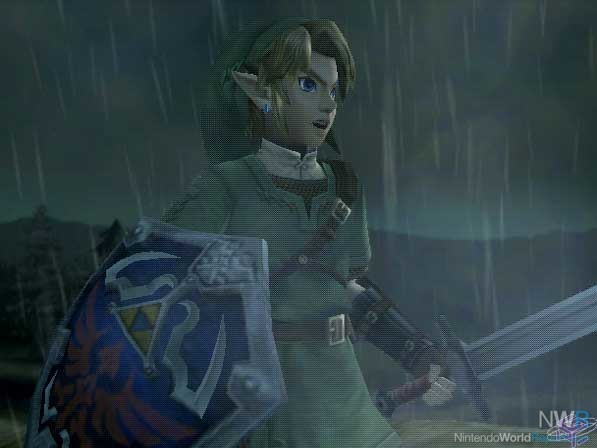 My memories from the first time I played the game, in the waning days of 2006, were that I really, really enjoyed it. I remember being very aware of how much the game had drawn me in, much more than Wind Waker had done just a few years prior. Be it bug-hunting or overworld-exploring, I spent over 65 hours tooling around Hyrule with the Wii Remote. Certainly, some of that excitement was just the thrill of using a new console and adjusting to a new control scheme. While I knew that the waggle-to-swing mechanic wasn’t the true motion control that we were promised, I was immediately sold on using the pointer to aim my bow and hookshot.

This time around, I took on the GameCube version. When I fired it up last month, I was really struck by how natural the controls felt. It really is clear that the game was built with the Cube controller in mind. Despite the hindrances in aiming with the analog stick (I really missed the motion aiming we later got in 3DS Zelda games), swordplay was much more fun with the standard Ocarina-inspired button controls. Simple things, like the shield attack, were easy to use and it made the more intense combat all the more enjoyable.

In addition, I was surprised by how the game looked. I think that there’s this inclination to remember Twilight Princess as this relic of “realistic (brown) graphics on a dated console where everything just looks blurry and dated” and I completely understand that. There are times when it is certainly warranted. However, what I’d forgotten was how much detail was put into the character models and landscapes. Sure, the new expansive Hyrule Field was fairly empty of enemies and interesting interactions, however the hills, trees, lakes, ponds… it feels like a true world that you can go exploring in. 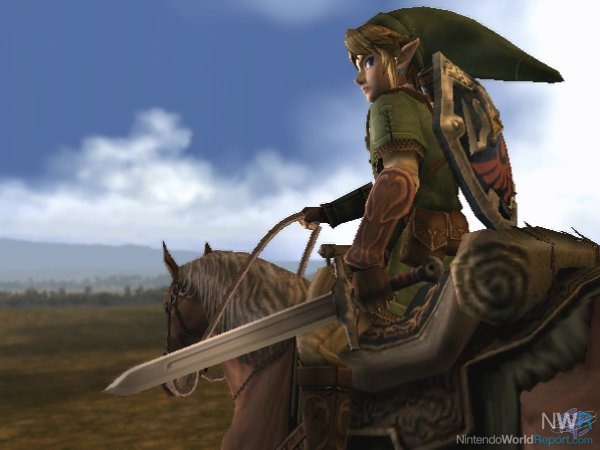 On top of the landscapes, there are moments when you can read the facial expressions of Link, Ilia, and even Midna It’s very clear that this game is using the Wind Waker engine… there is actual emotion in this game. Sure, the plot is about as hackneyed as plot usually is in a Zelda game, but even with the boring plot, the emotional stakes feel real. The scene, in particular, when Zelda passes her power to Midna, and Midna is speechless with grief, has real weight to it. The team did a great job of building real characters, and conveying their emotion via facial expression.

After spending around 40 hours on my journey through Twilight Princess, I decided to hop right into the followup, 2011’s Skyward Sword. This is a game that is more recent, and a game I actually reviewed for NWR with a 10/10. It’s worth noting, however, that I haven’t touched the game since November 2011, and I played through the entire thing in about a 10 day stretch, putting in almost 70 hours. That’s more hours than you’d put into a full time job. Playing through the game so quickly made me wonder if I’d been forced to view the game with rose colored glasses. Honestly, I don’t really even remember much of the game.

The first thought I had when starting Skyward Sword is how different it feels from Twilight Princess. Your character moves differently, thanks to the dash mechanic, the game looks different, but more than anything else, the interface feels different as well. Sure, this might be in part to playing the GameCube version of Twilight Princess, but even aside from the controls I was surprised to remember that there is no mini-map in Skyward Sword. In addition, the dungeon map (at least for the first dungeon) shows the dungeon entirely as a flat overhead view, rather than breaking it down by floor.

One thing that holds up well in Skyward Sword is the Wii MotionPlus inspired swordplay. There are parts of the motion-heavy Skyward Sword that feel cumbersome, but using the Wii Remote to slash in specific directions still feels like magic, and the enemy encounters in that game are some of the best in the entire series. 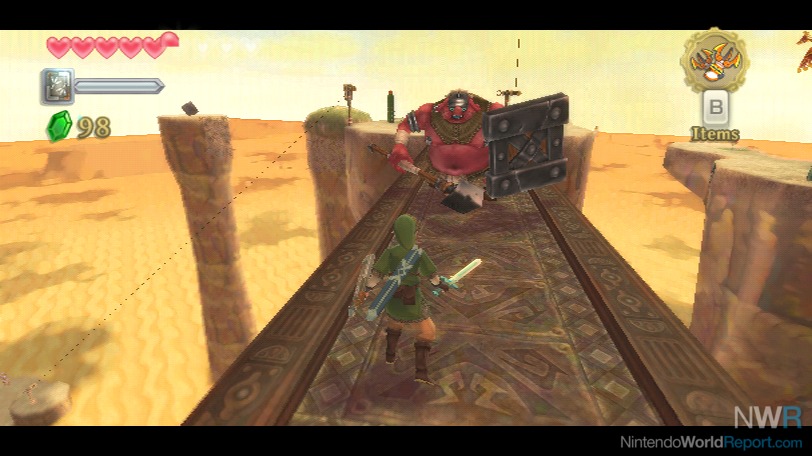 Hopefully I’ll update this editorial with my thoughts towards the end of Skyward Sword as I get there, but suffice it to say that I haven’t been this hungry for a Zelda experience in quite a while (I played through Majora’s Mask 3D just a short 8 months ago) and if Nintendo is going to continue to delay the new Wii U title (and perhaps even push it to the next platform) then I will just have to relive the experiences from before. These games are such laborious beasts, that it’s easy to leave them alone for five years, and then come back to them and having them feel like completely new experiences.

I played both of these games on the Wii for many hours and didn't finish them. If have this tendency to completely walk away from a game if controls (especially motion controls) keep me from achieving some goal for several times. It's also the reason I never finished Okami on the Wii. However, I still remember them fondly, just because I like the universe so much. I would definitely play a HD version of TP, provided they put in the regular controls.

I recently picked up Twilight Princess for the Wii again, but haven't really had the time or motivation to sink my teeth back into it. I want to, so bad.

It was such a complete experience for me, with the motion/pointer controls and the utter scope of the game at the time. Of the kind where when Skyword Sword came out, I was like, "why do I need to play another Zelda game? We're done here." For me, it was the ultimate, and I want to see how much of it holds up today.

What I'm trying to say is, hurry up with Twilght Princess HD for Wii U, Nintendo. (And Zelda Wii U.)

I replayed Twilight Princess on the Gamecube earlier this year and finished it this time, with the help of a guide from gamefaqs.

I played both the GC and Wii version when they came out, but I got stuck at the same point in both games in the Lakebed Temple.
The GC version is way better than the Wii version, except for the lack of widescreen support.


As for Skyward Sword, I kind of lost interest after the time traveling dungeon/temple. I might go back and attempt it again eventually.

It's funny.  Both Wind Waker and Skyward Sword have some distinguishing feature that I was not really on board for.  I did not like the graphics switch on Wind Waker and I don't like motion controls period.  Yet both of those Zeldas also have some other design decision that I don't care for.  I find Wind Waker's ocean world dull and empty and I felt that Skyward Sword felt too small because it separated its areas like they were individual levels.  If the cel-shaded graphics and motion controls were in games that didn't already have some other major flaw would I be less sour on those features?  I was skeptical going in to begin with and then neither game blew me away (both are actually good games all things considered; Zelda just has very high expectations).  What if they had?

The Wind Waker graphics really have a rough time because they tend to constantly be associated with Zelda titles I'm not too fond of.  Aside from WW that style also appears in the forced-touchscreen DS games and now this Triforce Heroes thing that sounds like FSA-but-suckier.  I was never thrilled with the graphic design to begin with but it seems that many of the lesser Zeldas go back to that style (though Minish Cap was awesome so it's not a complete wash).