The Nintendo DS library is ripe with games worth giving a second look to!

I’ve already talked about what five games I’d like to see most on the Nintendo 64 Wii U Virtual Console. But now I would like to take a look at the other new system that’s getting all the Virtual Console attention, the Nintendo DS! It feels like only a few years ago I put my Nintendo DS Lite into my closet, along with all of my other systems of years before, just to sit and collect dust until I feel like playing it again. That’s because in fact, it was only a few years ago. But the Nintendo DS has one of the most diverse libraries of any Nintendo system out there. Choosing five games is hard, and the logistics of all of these games actually being released on the Virtual Console are slim. But it doesn’t hurt to make a list and imagine! Here are the five games I’d like to see re-released for the Wii U. 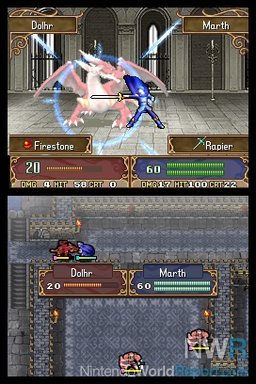 I've played a ton of Fire Emblem and its sequel on the Game Boy Advance. But for whatever reason, I never got into Fire Emblem: Shadow Dragon, the lone DS entry in North America. I'm not sure why I never played this as often as the two Game Boy Advance games, or even the Gamecube and Wii iterations. I feel like I’m missing out by not having beaten this game, and I want to snag it for a decent price (it’s going for at least in the $40 range right now on eBay) so I can play it once again, with the goal being this time to beat it.

Chances of it coming out: Good. Nintendo has released both Fire Emblem GBA games on the Virtual Console already, so it seems like there's a fine chance of the DS version coming out soon as well. 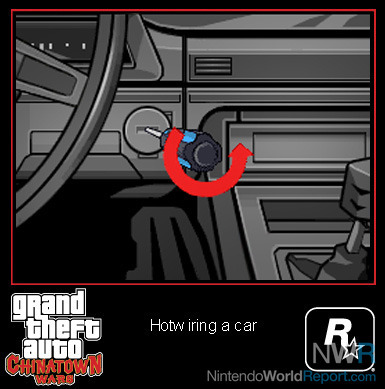 I've always wanted to sell drugs and kill people with guns on the Nintendo DS while spouting every bad word imaginable when hotwiring cars. But for some reason, I never got to playing this game when it came out. I think it might have been that this game channels more of the original GTA games as opposed to Grand Theft Auto III and beyond, and that may have been a turnoff for me. But gosh darn it, I just want a motherflippin' game that pushes the boundaries of normal Nintendo DS fare, and Chinatown Wars was definitely that.

Chances of it coming out: Unlikely. Nintendo seems to be the one requesting the Virtual Console releases, and I don't think this is a title that's on the top of their list. 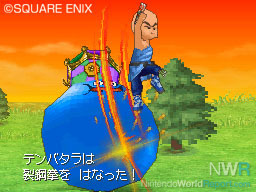 I didn't have too high hopes when playing Dragon Quest IX because I never really bothered with the series much until this entry. But when I played it, to my surprise, it easily became one of my favorite games on the Nintendo DS. Not only was the character customization fun and the gameplay easy to master, the overall theme and presentation of the game was a throwback to JRPGs of yore, which I absolutely loved. Everything about this game screamed old school Super Nintendo RPG fun, and in 2009 where the JRPG genre felt stagnant with its usual boring ideas and concepts repeated over and over, this felt like a really fun, refreshing change. I would have no problems going back to this game again.

Chances of it coming out: I don't know, to be honest. I think there's a good chance of it coming out in Japan. North America and Europe seems less likely. Dragon Quest is super popular in Japan, but it's popularity here is pretty much nonexistent, which is a shame, but I guess that’s how it goes. 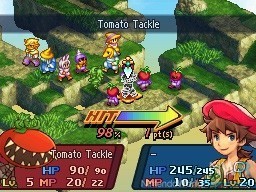 I loved the original Final Fantasy Tactics on the Game Boy Advance. But again, I'm late to the party as I didn't play the sequel until a few years after it came out. I greatly enjoyed the follow up, as it took what made Tactics Advance fun (the law system, deep job branches and abilities) and built upon it. I think it's a good time as any to dig this title out and give it another go, especially since it doesn't look like SquareEnix has any interest in continuing the series.

Chances of it coming out: I think this is a Nintendo choice. And to be honest, they'd probably go with Dragon Quest IX before this title- in other words, I don’t see this happening. But anything's possible! 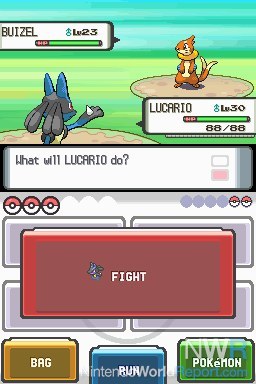 This is a fantastic entry in the Pokemon series. I loved all the new evolutions to previous Pokemon (which I think future Pokemon games need to take note of...when is Farfetch'd getting his evolution, damn it!), the varied settings, the excellent soundtrack and the story is pretty interesting to boot. Everyone was waiting and hoping that Hoenn would be revisited, so now that it has...I'm ready for a remake of Diamond and Pearl! A re-release on the Wii U, however, wouldn't be so bad either.

Chances of it coming out: None. Nintendo hasn't released any of the Pokemon games because the main focal point of the games are to trade, which you can't do on a Virtual Console title. I think that's kind of depressing as I believe people would be fine playing the RPG aspect of the title without collecting all Pokemon, but I guess Nintendo feels differently.

1-Advance Wars Dual Strike. I loved 1, 2 and Days of Ruin, but I never got Dual Strike and I'd love to play it.

2-I've never played Chono-Trigger so I'd like it to come.


3-Diddy Kong Racing-Since we know the N64 version will never come to VC I've wondered if it would be possible to get this version. Too bad they aren't adding multiplayer support to the emulator I'd love even more to play this multiplayer the N64 version was my all time favorite racing game it was so innovative maybe we'll get lucky and find out that Retro Studios is currently working on Diddy Kong Racing 2 next month at E3


I never had a DS (I was in college with no time and no money during the DS time) so Diddy Kong Racing is the only one of these 5 I've ever played and I only played the N64 version so as much as DS VC caused a lot of complaining from most people it was an exciting announcement for me.

Retro Game Challenge would be a fun choice (albeit unlikely, especially until/unless it comes out on Japan VC), since they could frame it as "from the creators of NES Remix". Oh well.

I'm in total awe at how unattractive each and every one of these picks for this editorial are, and I'm quite the fan of a couple of these! I like Gen 4 pokemon quite a bit, and GTA Chinatown wars is fun, but I really would not want any of these... here, I'll try and take a crack at a list of my own.

1.) Contra 4: Although the screen format creates some very interesting challenges, Contra 4 bar none is probably one of my favorite outings by Wayforward and a natural fit on the console, even with Konami's complete abortion of the market.

2.) Henry Hatsworth: This is a game I always wanted to play but never found a copy at the store! it'd also make for a game that the bottom screen and the top screen being disjointed wouldn't cause any serious issues!

3.) Retro Game Challenge: Here's a DS game that I DO have. it's in short order, and I'm certain that Arino would enjoy the exposure on a console! Xseed is all down for digital publishing, right?

4.) Star Fox Command: this would be a PERFECT way to promote the new Star Fox game that's on the way, and maybe even work a bit more naturally with the gamepad resting in your lap while looking at your TV?

5.) Final Fantasy Crystal Chronicles: Echoes of Time: this one is partially a troll pick, but hear me out, because the game was actually REALLY fun and kickass, even if the circumstances of it's release were dysmal. Echoes of time is a fun lil' dungeon crawler that was cross platform between Wii and DS, but the Wii version was an upres'd port of the DS game with really bad pointer touch screen stand-in control.  Iactually wouldn't mind some sort of trickery where we got the Wii version's prettier assets, but with the proper touch screen inventory management, even if the game is kinda dead without being able to do any multiplayer... (My first playthrough was solo anyhow!)

for that matter, Hotel Dusk? Ghost Trick? I'd love ot get an english version of Nanashi no Game if it were possible... even in the first party space, there's stuff like the Pokemon Ranger trilogy, advance wars dual strike, and Many JRPGs that are WAAAAAAAAAAAAAY better than Dragon Quest 9 or FFTA2. How's aobut 4 warriors of light? Partners in Time or Bowser's Inside Story? Radiant Historia? Hoshigami: Ruining Blue Earth Remix? Suikoden Tierkries? Aliens: infestation, the DS Metroidvania trilogy, Super Princess Peach, Metroid Prime Pinball, Picross 3D, Kirby Canvas curse, the list goes on and on and on and on and on!

I stupidly bought a copy of Dragon Quest 9 because everybody on this site seems over the moon with it, but i still feel like I'm trying to force feed myself a diet of communion wafers and church wine trying to play that game.

Why release a Pokemon title on the virtual console for $10-$20 when you can release a remake and charge $60 and they still sell like hotcakes?

I'm going to ignore your unnecessarily harsh trollish comments in this topic and just focus on something I agree with: this game was indeed surprisingly fun. It was one of my most-played Wii games, and I played it a lot with my friend who has the DS version. We even eventually played through all 12 difficulties.. in both of our worlds! I wouldn't want this on VC if it didn't have multiplayer again, but I sure do miss this series.

Hey hold on, none of these seem to be DS games, maybe it's because playing DS games on the Wii U is one of the stupidest ideas I've ever heard.

I worded that wrong. I meant the sequel to the original Final Fantasy Tactics Advance, since the one in the article was FFTA2. I'm fully aware of the PSX original, which I like as well, though FFTA I have a soft spot for since that's the one that got me into the series.