These are the tough games to review.

Developed by James Montagna and Andrew Lim, Dot Arcade is an experiment in video games as an art form. This is possibly the first truly minimalist video game I’ve ever played. As a game, I don’t know how well it works, but as an expression of gaming concepts boiled down to their most simplistic forms? It’s brilliant. I once called PSN’s “Journey” a minimalist experience, because you’re really just pressing up on the left stick for an hour and a half (although the X and O buttons do come into play). The gameplay concept is incredibly simple—you are literally moving from location A to location B with no combat and completely optional item collecting in between. But while Journey looks amazing, Dot Arcade is played on, essentially, a Lite Brite board.

Dot Arcade is composed of three similar games: Mr. Snake, Dodge Club, and Rally Driver. All of these games are played on their own unique arcade cabinet overlay with impressive art on either side of the “screen.” The screen itself displays an eight-by-eight light dot board. Here’s how the games play out: 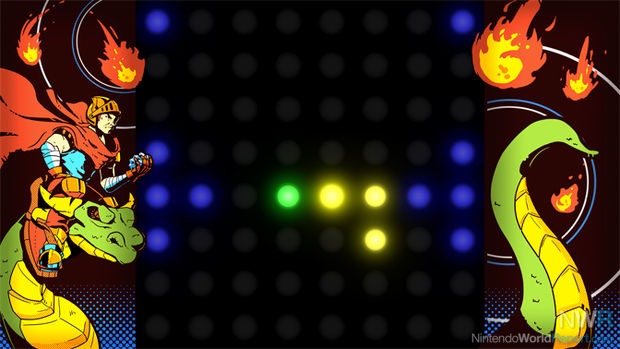 Mr. Snake: This is a variation on that old cell phone game, Snake. Your goal is to guide your yellow “snake” dot toward green “food” dots, and eating the food will increase the length of your snake by one dot. You cannot crash into yourself or the occasional blue obstacle dots. 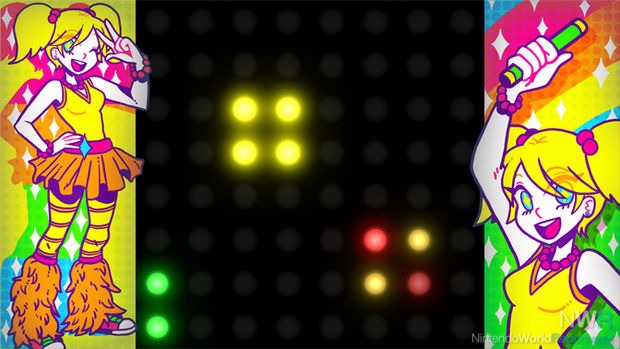 Dodge Club: You play as a 2x2 yellow square, representing a dancer in a club. You must avoid the other dancer (another 2x2 square, yellow and red) as well as a 1x2 green “wall” (I assume it’s a wall) that circles the playfield. The longer you go, the better your score. 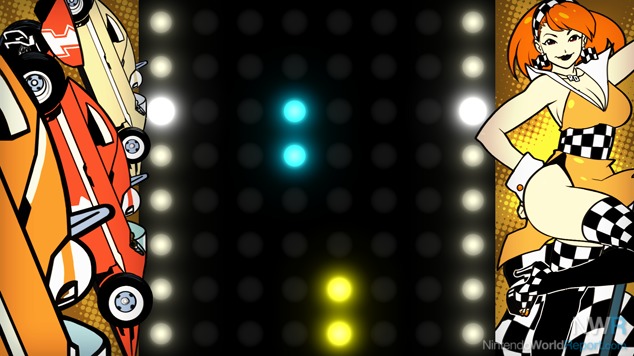 Rally Driver: You are a 1x2 yellow “car” (from overhead) and can only move left or right. Your goal is to pass other cars without crashing. The longer you go and the more cars you pass, the better your score. I’m a big fan of the pin-up themed default cabinet art.

The common theme here is “object avoidance.” Difficulty increases with time as you must react quicker to oncoming hazards. Your high score for each game is displayed (handily) on the game-select screen. The game is easily enjoyed on the GamePad thanks to its simplicity, although the arcade cabinet look does lend itself to a larger display. You can actually change the cabinet art for all three games by holding down ZL + RL or L + R on the game select screen. The alternate art is generally less epic, although both Dodge Club cabinets are basically the same.

A quick scan of Miiverse (where people take screenshots of their scores) demonstrates that folks are achieving insane scores in some of these games. Dot Arcade does not have online leaderboards, which is actually fine. If you want to chase high scores, Miiverse provides an excellent venue to do so.

Another nice thing about Dot Arcade is that anybody can play it. The concept is so simple, the controls are so basic, and the “graphics” are so minimal that it becomes the least-intimidating game I’ve ever seen. You can hand off the GamePad to anybody and they will give it a shot. If some 3rd party accessory producer built a stand-alone joystick for this game, like those old 30-in-1 Atari things, that would work perfectly for Dot Arcade. All you need is a joystick and a start button (holding down the start button takes you back to the game selection screen).

Why is this not a review? Frankly, reviewing the game on its merits would not be very helpful. How do you assess the graphics in a game like this? Technically, there aren’t any: it’s simulating a dot light board. This feels like something you’d find in the Pinball Hall of Fame. There’s no music, only beeps and boops. There’s barely any gameplay. Rating this game using the standards for video game reviews, it would get a very low score. But this is not a typical video game. It is purposefully hyper-retro and a very interesting experiment in minimalism, and I think it’s worth your time.