The Eternal Struggle of Mario vs. Donkey Kong 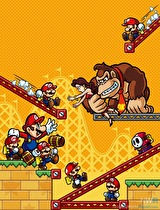 The Mario vs. Donkey Kong series can trace its console roots back to 1994, when the incredible Game Boy game Donkey Kong '94 came out. While no one would debate the quality of DK '94 (seriously, go buy this on 3DS Virtual Console right now. It’s amazing), it got sadly overlooked because later that year, Donkey Kong Country took over the gaming world, bringing back Donkey Kong in a way that didn't require gameplay callbacks to his first adventures. After that, the traditional Donkey Kong gameplay dissipated, as the former villainous ape became a hero across seven different titles in the next 10 years. 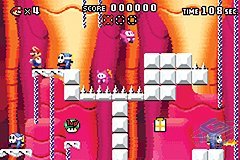 Rare, the developer of all those Donkey Kong Country-style games, however, left Nintendo in late 2002. That same year, the style of gameplay fleshed out in DK '94 was shown off at E3 in Donkey Kong Plus, which was a poster child for GameCube-to-Game Boy Advance connectivity. Over the next two years, that game morphed into Mario vs. Donkey Kong, which was very similar in style to the classic Game Boy game.

Two years later, the same team brought Mario vs. Donkey Kong 2: March of the Minis to the DS. Introducing the Lemmings-esque gameplay that now defines the Mario vs. DK series, this game set a general formula that the next several entries would all follow. Unlike the future entries, March of the Minis gave players way more direct control over the Minis, as touch screen interactions could change their direction and guide them through pipes and ladders. This hands-on approach, in retrospect, reeks of early touch screen game development that didn't seem to acknowledge that sometimes people might want to not have their stylus-holding hand permanently glued to the screen. 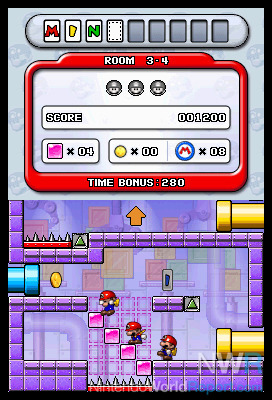 That was remedied to a degree a few years later when Mario vs. Donkey Kong: Minis March Again came out on DSiWare in 2009. While it was one of the most impressive DSiWare games, this entry is where the cracks started to show. Minis March Again refined the Minis gameplay, making it less hands-on and more guiding, but it had more or less the same exact type of content. While the puzzles were different, the boss fights were essentially lifted from the predecessor. A year later, a third DS entry in the Mario vs. Donkey Kong series launched in Mini-Land Mayhem, which was once again more of the same. Outside of the goofy story involving Donkey Kong raging because he was the 101st person on line for a “Mini-Pauline” toy (disturbingly prescient for what Amiibo have become…), Mini-Land Mayhem was just another batch of puzzles with the same general gameplay.

In 2013, the Mario vs. Donkey Kong swerved for the first time in nearly a decade, so much so that the name of the series briefly changed to Mario and Donkey Kong in the still Minis-themed Minis on the Move for the 3DS eShop. In some ways, it feels like Minis on the Move was every original idea that the development team at NST was sitting on while they cranked out three similar games. While Minis were still involved, the gameplay was more like Pipe Mania, as players had to lay out specific tiles to move characters around. It was a fresh take, and even fresher were the neat mini-games that took advantage of the 3DS system features. 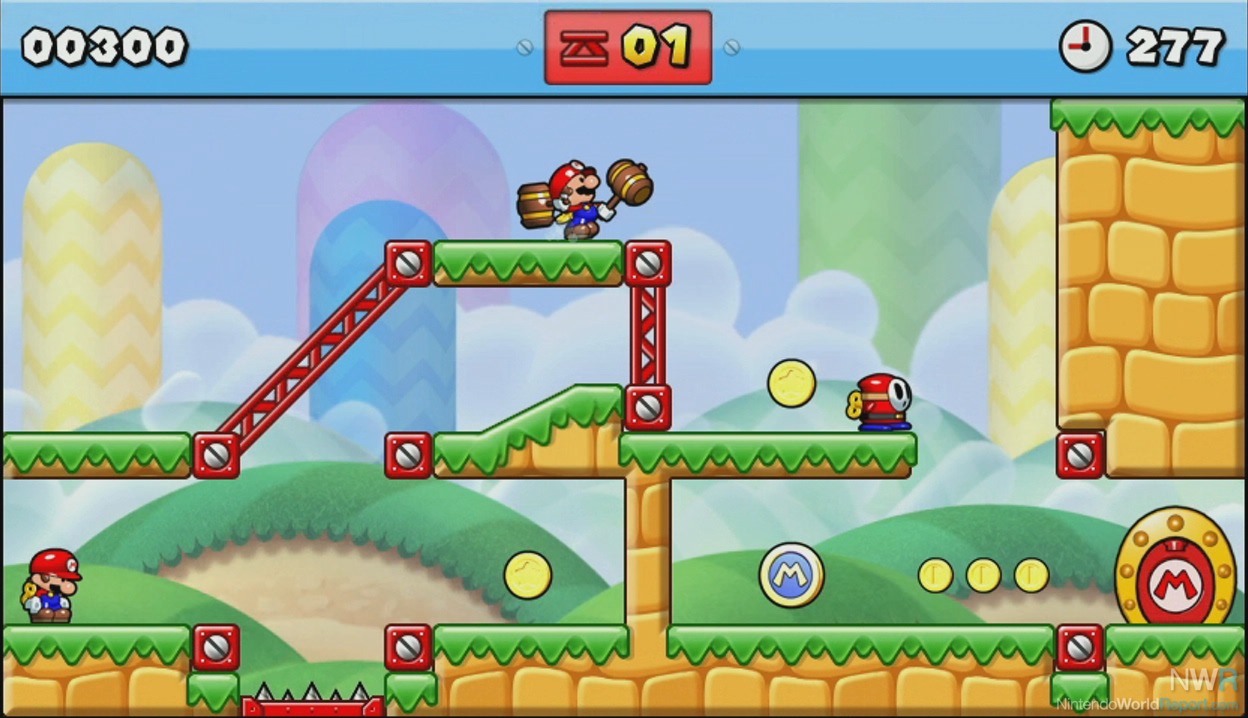 Now, we’re up to another familiar entry in the Mario vs. Donkey Kong series on Wii U and 3DS in Tipping Stars. The hook with this game is the improved Miiverse level sharing and the introduction of crossbuy to Nintendo games. The Minis gameplay is still very similar to what it was 10 years ago, but in some ways, that’s not so bad. That gameplay has been refined and polished, and while it might not be as fresh to someone who devoured every prior entry, Tipping Stars is as much fun as the rest of the series. The ease of creating, sharing, and discovering levels adds an open-ended future for the game. If the past is any indication, this won’t be the last entry in the Minis-focused Mario vs. DK games. As long as they still feel polished and keep improving, that’s a-okay.

"Mario vs Donkey Kong can trace it's roots back to 1994"? Uh no, (on Nintendo consoles maybe), but overall it traces back into the early 1980s.

Wow, I wasn't aware there were that "mini" iterations. I am somewhat perplexed by how prolific this series is, especially as the original game with direct control of Mario was way better in my book than the all-mini focus of the games afterward.

This has always been a strange series, I was never interested in the Minis games.

I'm playing through DK 94 right now and it is surprisingly good.  I'm in no huge rush to pick up tipping stars, but I'm a sucker for puzzles on the go so I'm sure I'll pick it up at some point.  I love these games and I'm glad it's a on going series, but I do wish they'd impliment some new gameplay.  Maybe this shared levels will add something, but I'm worried it won't add much.

"Mario vs Donkey Kong can trace it's roots back to 1994"? Uh no, (on Nintendo consoles maybe), but overall it traces back into the early 1980s.

Not really. Your claim is like saying Call of Duty traces its roots back to 1973s "Maze War".

actually wrong his claim makes more sense because there is an actual Donkey Kong arcade game that Dk "94 is BASED ON, Call of Duty does not have anything going that far back so try again.

Actually I am right Mythendo and thank you marvel_moviefan_2012 for pointing that out to him.

You could make arguments both ways. DK94 is a pretty drastic change from the old Donkey Kong games in a lot of respects, but it of course does take a lot from those.

I got Mario vs. Donkey Kong 2, 3, and 4 last year during the Great Nintendo Online Shutdown and, while I haven't gotten around to actually beating any of them, I did find that some of the mechanics had in fact changed quite a bit between 3 and 4. 4, notably, seemed almost obsessed with the new girder drawing system instead of most of the more varied mechanics from 2 and 3 (or maybe I'm remembering wrong/didn't play enough). 4 also made boss battles out of the actual gameplay which was pretty cool.