That footage from The Game Awards didn't even touch on some questions. Will there be motion controls? Where does it fit in the timeline?

Since the gameplay video of The Legend of Zelda Wii U was released, the reality and potential of the upcoming game has been racing through my mind. You can check out the numerous videos I've been a part of for examples of this obsession with a smidgen of the new footage released recently.

With all of this excitement, we still have only seen very little of the next Zelda game. So far, everything we've seen is sticking to Nintendo's message: this new Zelda adventure is going to be an open-world experience that harkens back to the days of the original Legend of Zelda. Part of that message also seems to involve leaping off of a horse and bullet-time firing an arrow. The open-world message seems a little bit more compelling (but how seriously, how dope does that bullet-time arrow stuff look?).

But let's throw all that jazz aside for a bit. Let's get into full-on hype mode and speculate about the unseen. Here are some questions about The Legend of Zelda Wii U and my attempts to answer them in a wistful, hopeful manner.

Will Wii MotionPlus Make A Return?

When Skyward Sword came out and I reviewed it, I thought I could never go back to button-based combat. I turned out to be wrong, because I voraciously devoured Wind Waker HD and Link Between Worlds two years later without even once wishing I was waving my hand around. Still, will the successor to Skyward Sword continue the motion-controlled fun?

If any motion controls make it in, it'll be like how the QB Vision Cone lasted through multiple years of Madden. Or, for a better example, it'll be like how you can use the Wii Remote on its side for Super Smash Bros. Brawl. Basically, it's an option, but it isn’t how the game should be played. Unless you can guarantee every single player will use motion controls, then you can't really build the game around it. In the gameplay footage, Aonuma controlled it with the GamePad, and it seems like that will be the preferred method of control for Zelda on Wii U. So while you'll be able to move the GamePad around in space for gyro aiming and the like, I believe the implementation of motion controls will be more similar to what was in Ocarina of Time 3D and Wind Waker HD. For better or worse, Wii MotionPlus controls likely begin and end with Skyward Sword. 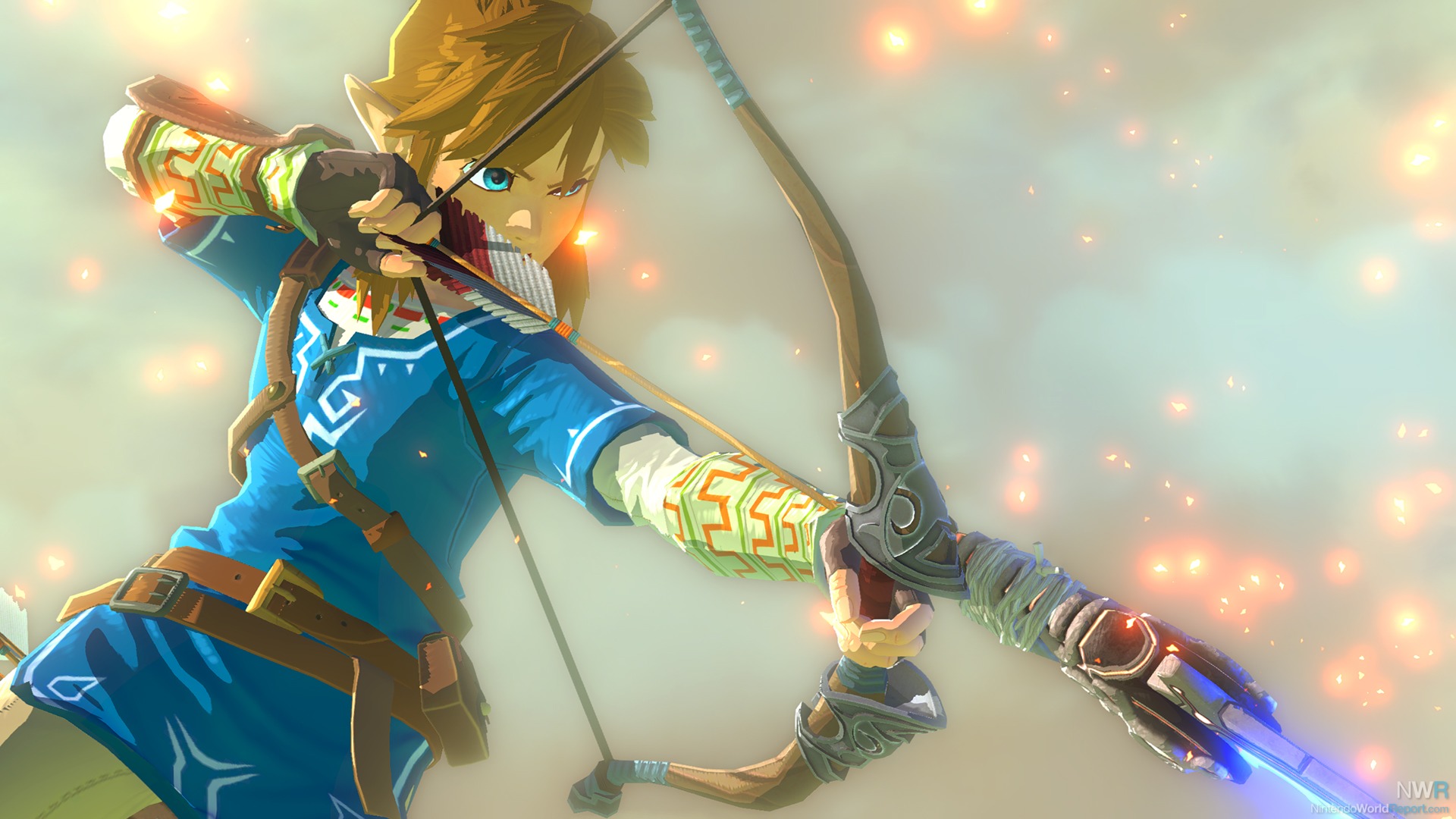 What's The Story Gonna Be About?

But there is room after Skyward Sword for more adventures. So, having the story pick up decades or centuries after Skyward Sword makes sense (a direct sequel seems highly unlikely from what we've seen because of how different the landscape looks). You could see a new incarnation of evil and maybe tease Ganondorf's rise to power in Ocarina of Time. Maybe it’s the story of how the people of Hyrule segmented into different “tribes” or whatnot.

Of course, this could also take place in one of the three post-Ocarina timelines. Hold on; let me go check to see where it would best fit. 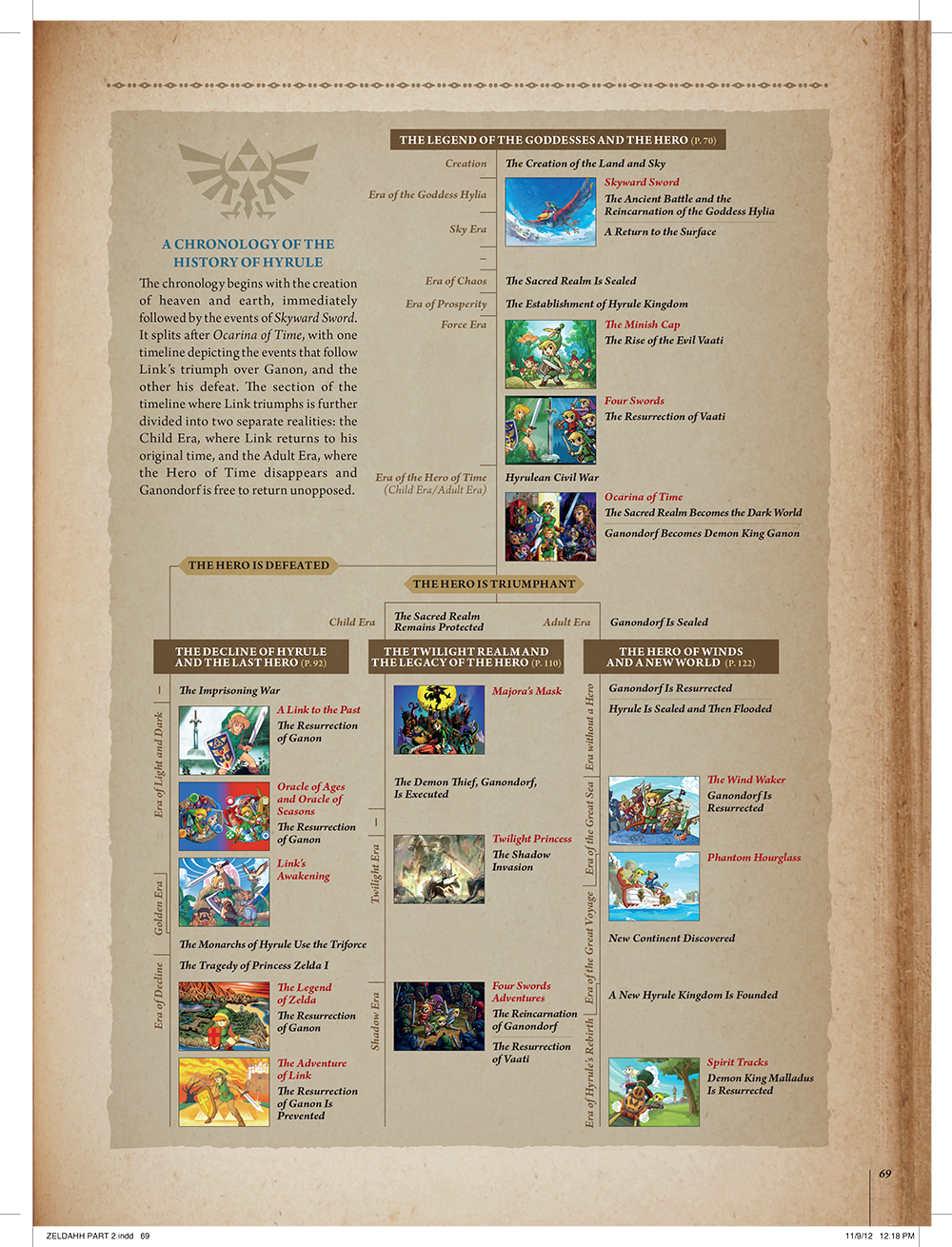 Well then, maybe it could come after Spirit Tracks? But that's not likely because we don't see train tracks everywhere. Am I the only person that would pay all of the money for a Zelda version of Ticket to Ride?

Maybe it's after The Adventure of Link? That actually seems plausible, especially if they're trying to invoke the old exploration style of the NES Zelda games. Just make this game take place centuries after Adventure of Link and have the events of that game become legend. Let's call that legend the Legend of Zelda. Get it?

To summarize, who knows when this new Zelda game will take place. More than likely, Nintendo will bend the rules of time and physics to make the game fit wherever they please.

Will the New Wii U Zelda Support Amiibo?

It’d make sense if it did, but we also don’t really know what Amiibo support will be for predominantly single-player adventures. I think a lot of the keys to Nintendo’s Amiibo strategy will be revealed with the support for Captain Toad, Kirby and the Rainbow Curse, and Yoshi’s Woolly World. Those three games are more traditional Nintendo adventures than what we’ve seen of Amiibo so far. Hyrule Warriors might be the closest example of what we’ll see in a full-scale Zelda adventure. Maybe using Link’s Amiibo in the new Zelda will unlock a special weapon? Maybe it’ll unlock horse armor? Maybe every other Amiibo will get you a big rupee bonus?

Whatever Amiibo support there will be, it will be on the periphery. I highly doubt a hidden dungeon will be gated by Amiibo. Still, if Amiibo support is in Nintendo’s future, it makes sense that Amiibo is in their big future releases.

Will Link Ride More Than Epona?

With the appearance of wild horses at the end of the Zelda U gameplay footage, it would make sense that you’d also be able to ride those horses. I assume Epona will be able to be summoned from afar, like in most other Zelda games. Even still, I wouldn’t be shocked if Link rode other animals. Maybe our Hylian hero rides a turtle in the water. Maybe he flies around on a Loftwing-inspired bird in the skies. With an open world, there are many more possibilities for traversal. 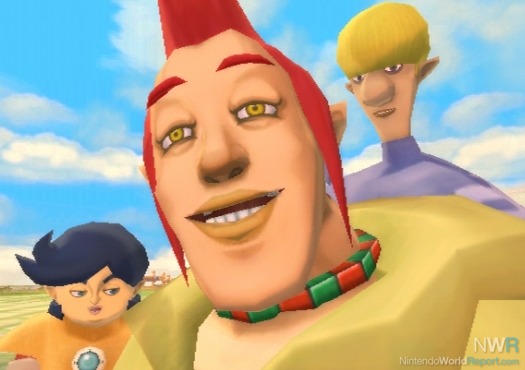 The Groose Is Loose

Let’s face it: Groose was super rad. I’d love to see Groose show up in this Zelda game, maybe with an appearance of a descendant in a similar manner to Gonzo and Alfonzo in Wind Waker and Spirit Tracks.

Will Tingle Show Up?

As soon as he’s playable in Hyrule Warriors, I’ll begin my campaign in support of delaying The Legend of Zelda Wii U so that way it can be a Tingle-centric masterpiece. Tingle is basically Wario but way more effeminate.

What Are Your Questions?

I can’t answer that. Let me know what you want to know about The Legend of Zelda Wii U and I’ll either share your thoughts or try to answer with my take.

I read "Will Link Ride More than Epona?" then immediately looked at that screenshot of Groose. My mind is in the gutter. I'll see myself out.

Kinda hoping it takes place after Link's Awakening. So we have some idea of what hell happened after the ending.

Kinda hoping it takes place after Link's Awakening. So we have some idea of what hell happened after the ending.

I thought ALBW was what happened after LTTP.

I think they need to add a new fork at Ocarina of Time.

Era of Chaos or Era of Prosperity would be the best fits I think with what we've seen.